The Cantillon effect is described as elite bankers, investors, entreprenuers, and politicians who for whatever reason have access to printed fiat currency from a nation.  They use that access to buy assets that are appreciated by this printed fiat currency.  They take printed fiat currency from stimulus packages or from bank reserves to facilitate buying these inflating assets.  Examples of these assets are: Bitcoin, Real Estate, Gold, Silver, Fine Art, Fine Watches, Classic Cars, Rare Trading Cards, Rare Coins, and any asset that is scarce and has high demand.  Those who do not have access to large sums of printed fiat currency to invest, even if it is their own company, are on the wrong side of the Cantillon effect.  The Cantillon effect has driven wealth inequality in America since 2013, the year the Federal Reserve was created.  The US dollar has lost 98% of its purchasing power since then.  The USD is a debt based currency, and only those with large access to bank reserves, which are only converted into loans, mostly business loans, benefit from the massive printing of the US dollar, the global reserve currency.  See the google trend below for searches for the term “Cantillon effect”: 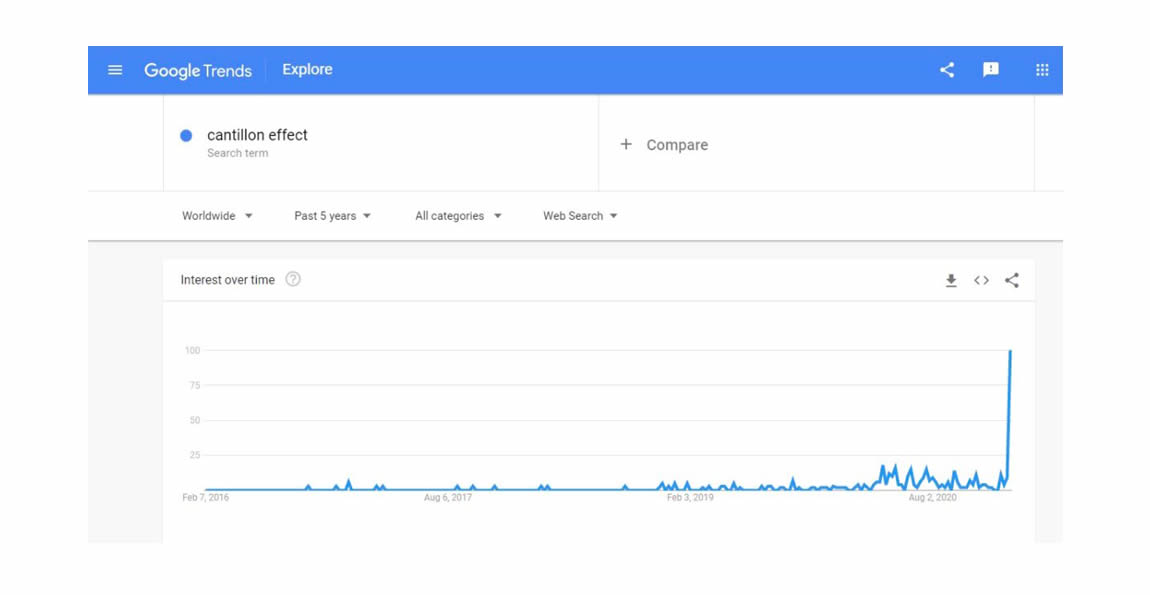 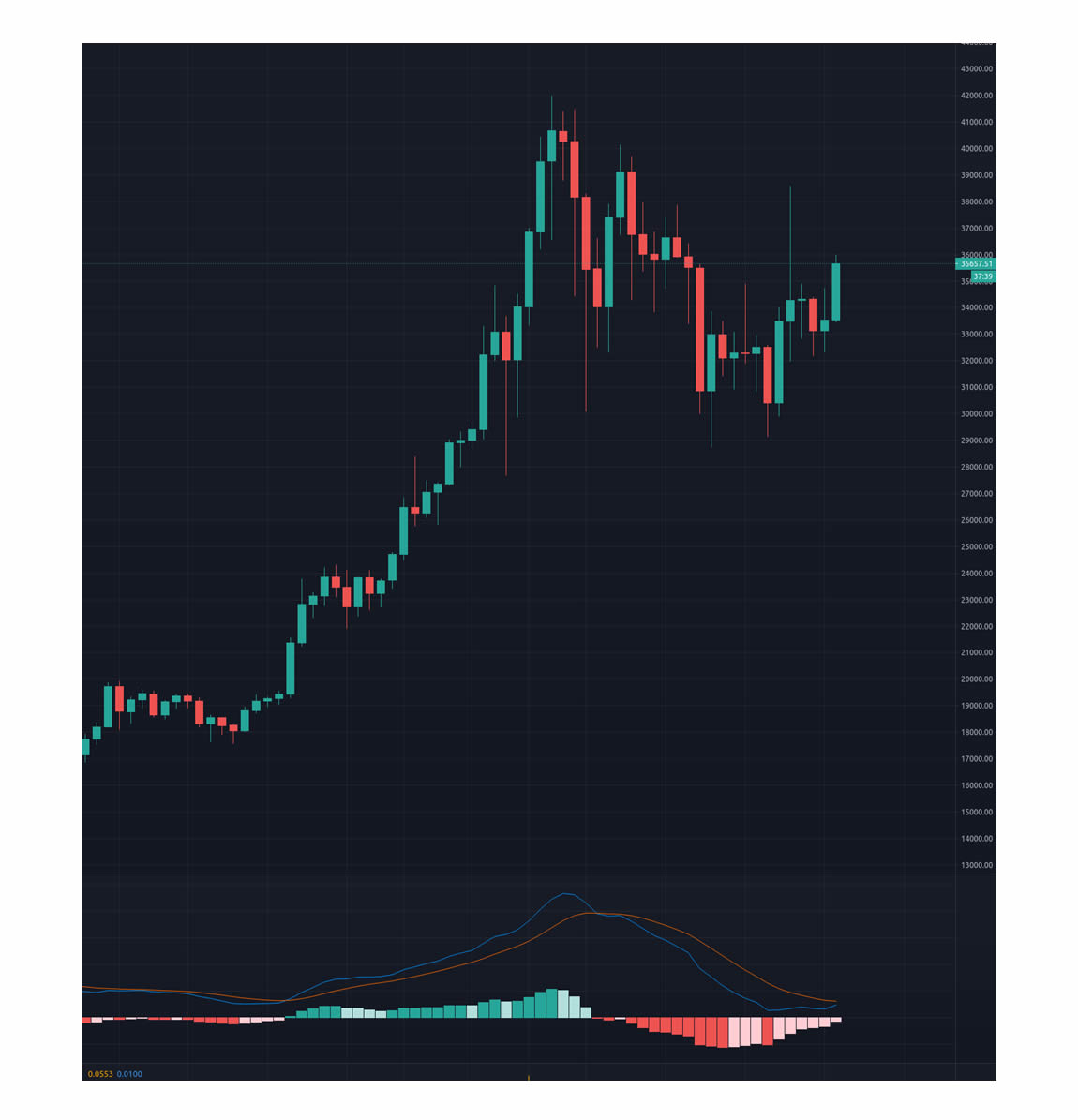 Also, Bitcoin has been moving off of exchanges at a steep rate lately.  People do this when they expect positive price action and they are storing Bitcoin offline, long term.  Here is that graph: 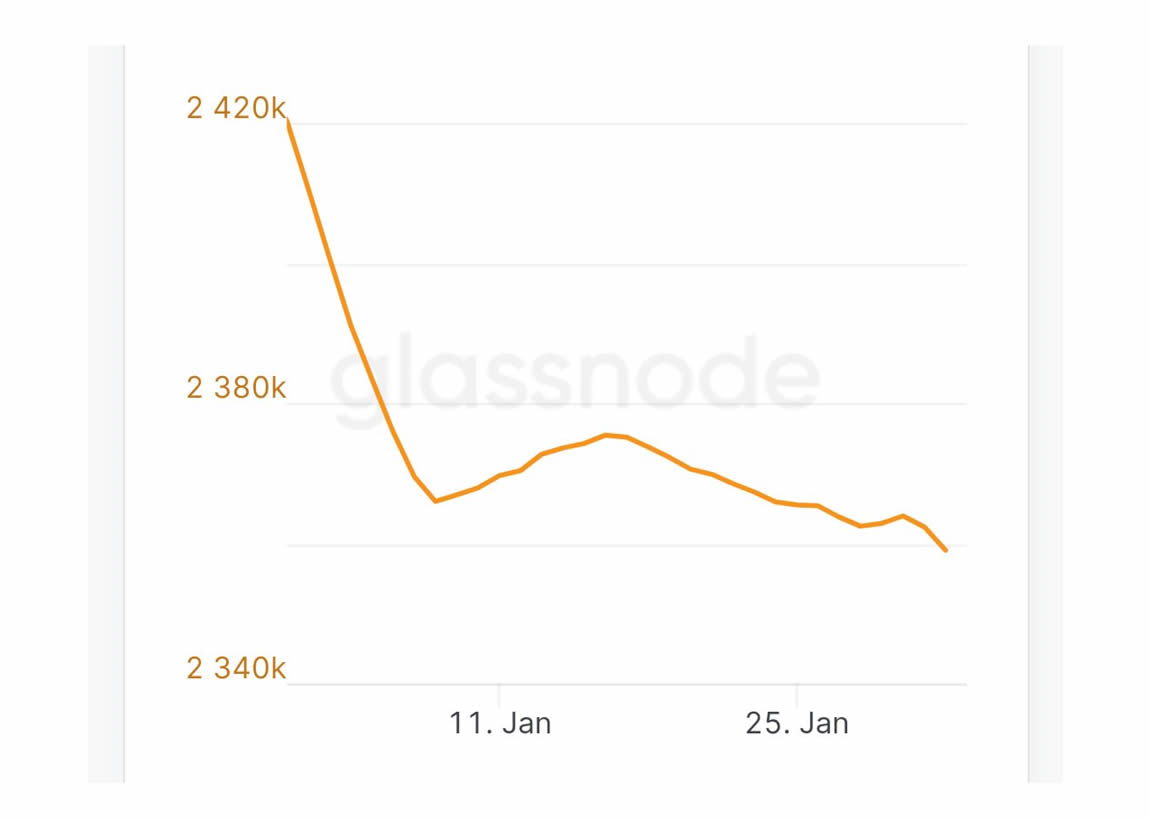 Finally, Michael Saylor has now completed day 1 of a 2 day seminar with 1,000 business owners, CEO’s about putting Bitcoin on their balance sheet.  Here is his quote after day 1, “If your company has money on its balance sheets and it’s sitting in fiat currencies like euros and dollars, they are losing about 15% of their purchasing power each year,” he said at the virtual summit that attracted industry participants from at least 16 countries, including Isreal, Switzerland, Brazil, Iceland, Ireland, Italy and Portugal.

“The simple solution is to convert some of that cash into Bitcoin,” Saylor said during the two-day webcast Wednesday.  He expects a wave of companies adding Bitcoin to their balance sheet over the coming months.  We will be watching that situation very closely.  Bitcoin is up nicely this week to $37,299 presently.  Neutral ATM is extremely optimistic about the price action these next few weeks and into March.  Bitcoin helps all of us reverse the Cantillon effect and gives everyday Americans the chance to build wealth without being attached to the Federal money printer.