Afghanistan represents Bitcoin’s sovereignty, like El Salvador and other countries have in the past.  However, Afghanistan is at the center of a war against the west.  It represents a frontier being fought for and the true victims are anyone who is left behind in Afghanistan.  They are cut off from the entire banking system.  Yet with Bitcoin, they have hope and a future, click here to read more.

Bitcoin gives them the ability to save, and grow their wealth in a now, war torn country.  Will this gain some of those people their freedom?  Yes it will.  That is worth a lot if you live in Afghanistan.  Or any second or third world country largely cut off from the global banking system.

What people do with this sovereignty is also important. Bitcoin ATM’s give access where it would otherwise not exist.  Certain populations gravely need this crypto banking and investement access.  By using it properly, they can gain back freedom they would not otherwise have!  This is how Bitcoin brings sovereignty to second and third world countries.  It lifts them up, instead of hold them down.  We always say Bitcoin is a liferaft.  This is true in Canada, Australia, the UK, and the US where inflation is robbing people’s wealth.  But in these second and third world countries it’s much more life and death.  So think of these people in the villages of Afghanistan next time you buy Bitcoin.  Your holdings, growing in value, helps buy freedom for the Afghan’s!  Or American’s trapped there!  Having lived in Mexico, traveled all over Europe and Russia.  I have personally seen life in the second and third world.  Bitcoin is one way we can give back.  Helping these countries with remittance as Jack Mallers and Strike are doing through the lightning network, and to a lesser extent the Bitcoin ATM network growing also help this process.  Neutral ATM is also attempting to bring the lightning network to our ATM’s.  We will tirelessly work on this until a resolution comes about.  The world needs Bitcoin.  Many don’t know it yet.

Below is a hopeful chart on where Bitcoin has been since April 15th when it hit the all time high, and where it is going now that it broke above $50K: 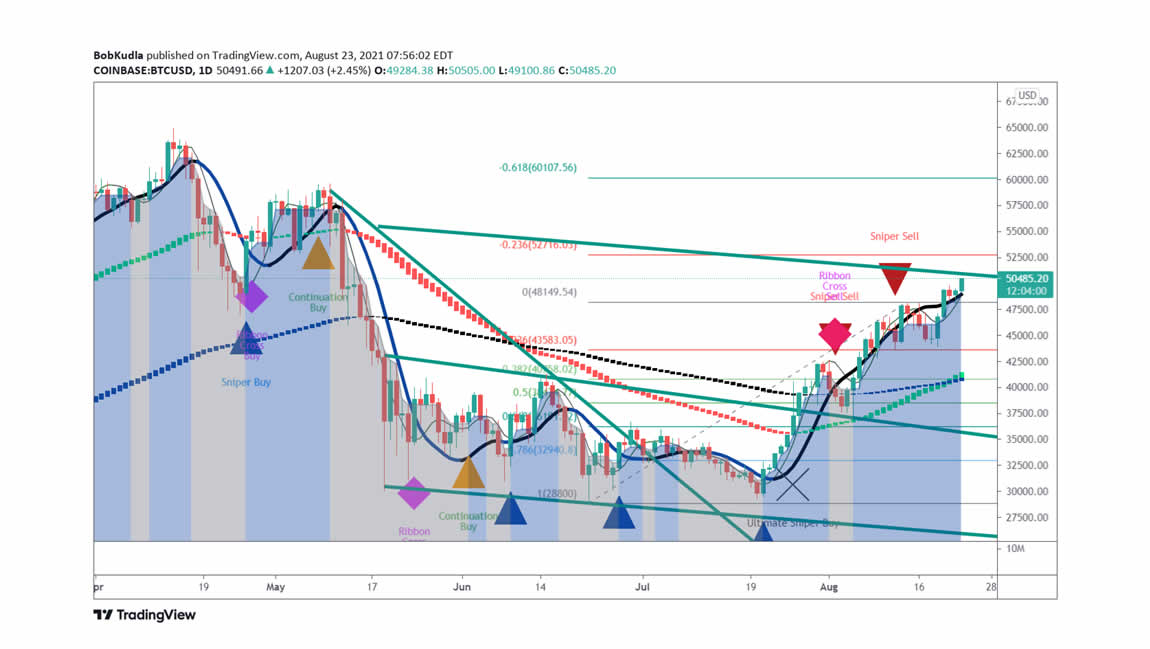 Bitcoin is humanitarian, it brings about freedom when that is being lost all over the world.  Why would anyone listen to MSM FUD trying to kill Bitcoin when it brings this much good to the world?  Is it also used for nefarious activities?  Yes.  However, the USD is $2 trillion per year for nefarious activities.  As the market cap for Bitcoin and crypto currency in general grows, the number for $BTC used for nefarious activities will grow with it.  There is no way around that.  Yet, there is a company now using the blockchain to help law enforcement track BTC payments to sex traffickers and drug dealers.  Bitcoin can be traced which helps law enforcement.  Again, it is not perfect, no currency will be free from nefarious use.  But it being traceable helps!  Keep buying Bitcoin, stacking it, storing it, don’t trade it away.  Your future self will thank you.