Bitcoin being anti fragile is a narrative that has gone on since the early years of Bitcoin.  It has gained steam and momentum over the years.  The difficulty adjustment is a big reason for that.  It may be the biggest reason.  Today, we will examine how the difficulty adjustment affects Bitcoin.  We all know China banned mining and has been the world leader in Bitcoin FUD for many years. However, China has also been the world leader in Bitcoin mining and adoption.  It is a mixed message.  The government does not like Bitcoin.  Yet, the people of China, love it.  It is freedom and humanity, rolled up into the world’s greatest savings technology.  A lot of FUD (fear, unbelief, doubt) has come El Salvador’s way since they announced voting in Bitcoin as legal tender.  Paraguay is set to be the second country, and Mexico is attempting this as well.  There is political pressure not to let this happen.  Below are the China crypto announcements in 2021: 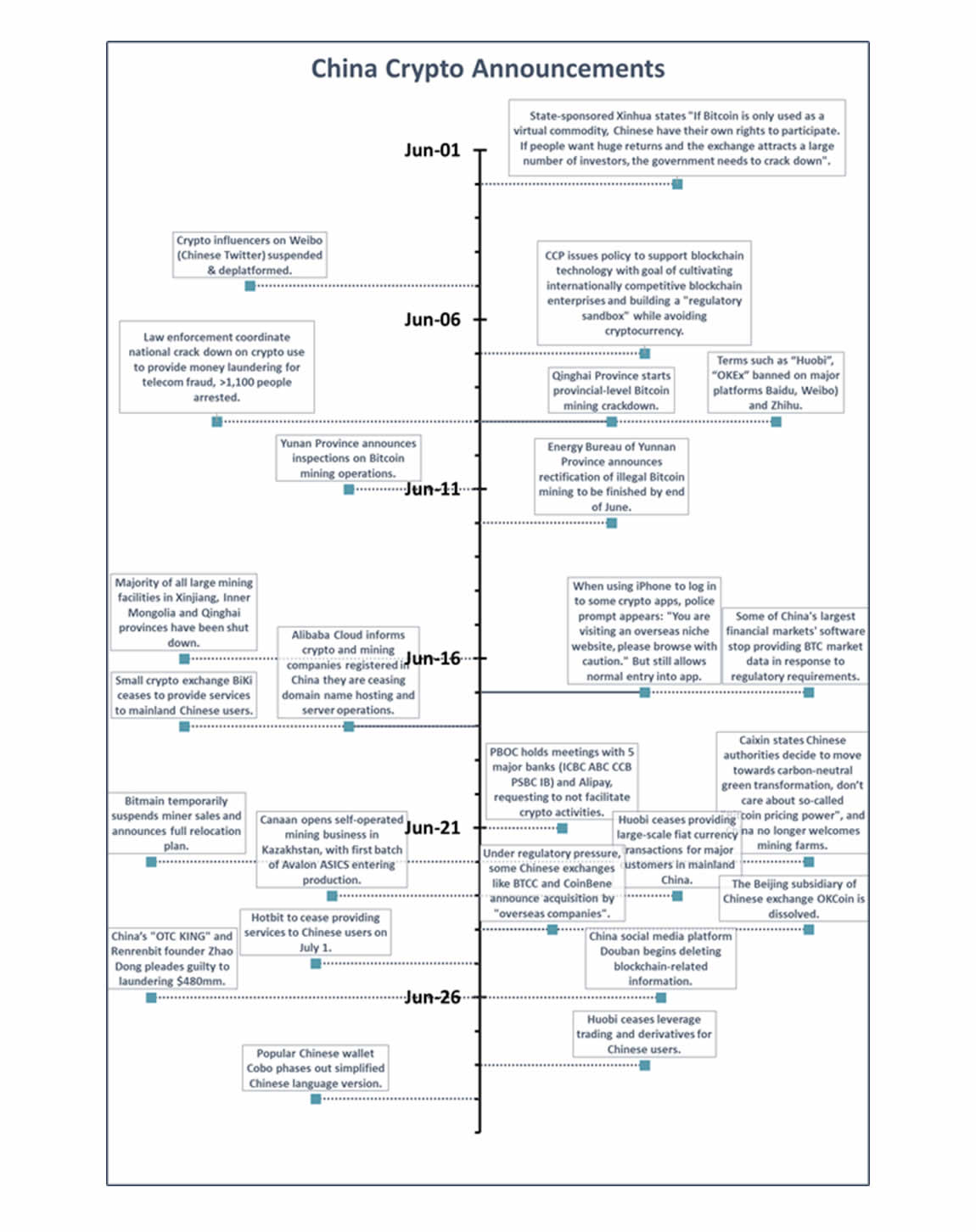 Next, we will look at how the mining ban impacted Bitcoin mining worldwide.  First off, 90% of Chinese miners left China for greener pastures.  US, Japan, Australia, Singapore were the countries hosting the largest number of Chinese Miners.  The difficulty adjustment has now kicked in.  In July we will be able to see onchain analysis to show us how the rate is recovering.  Below is a chart on the mean hash rate: 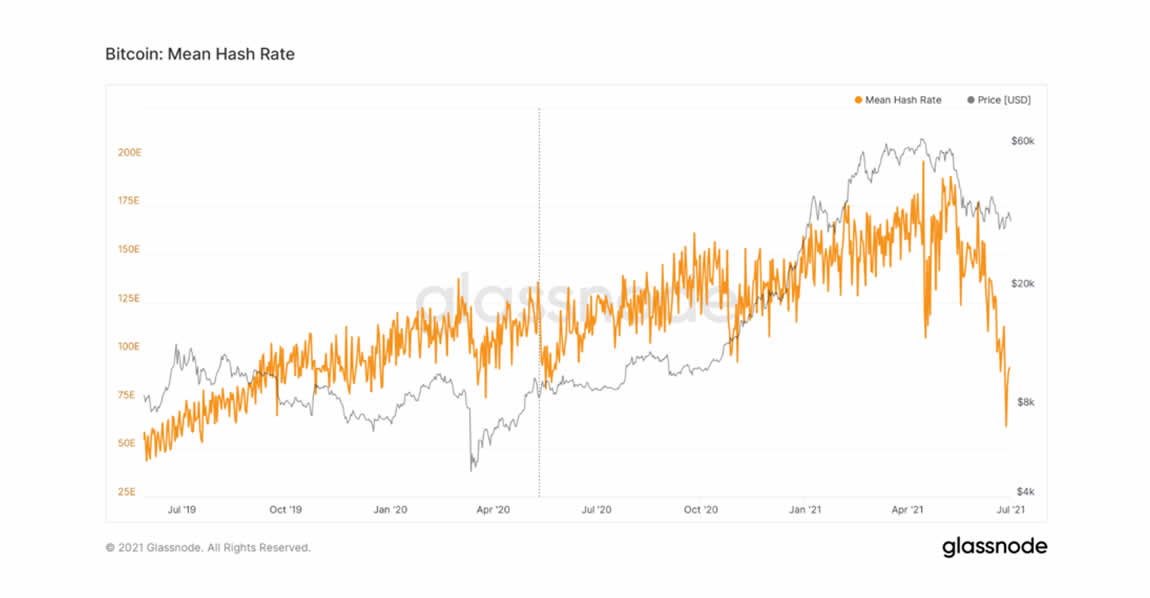 Obviously, the drop in has rate hash been precipitous, throughout July and into August, let’s see how this hash rate recovers.  It’s been a day since the new difficulty adjustment kicked in.  One of the largest downward adjustments to the algorythms difficulty in Bitcoin history.  The hash rate is expected to recover, but that does take a little more time.  Maybe by August we will see the recovery on the above chart.  We will watch it.  The next chart is Bitcoin issuance, also a big drop.  Few miners leads us to lower issuance rate.  This increases scarcity and will bring about the supply shortage sooner: 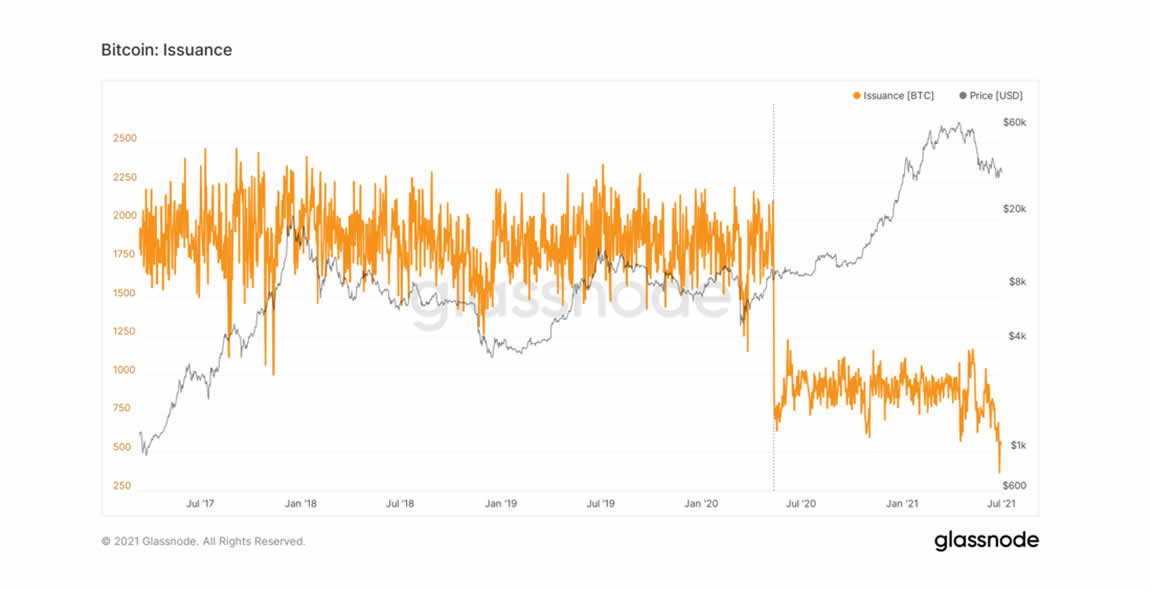 The next chart shows us balance in miner wallets.  There was a big drop off in early June and for the past week, a modest recovery.  As miners get back online after moving.  As they start seeing miner rewards, which are much easier now than in early June and before, miner accumulation will increase.  See the chart: 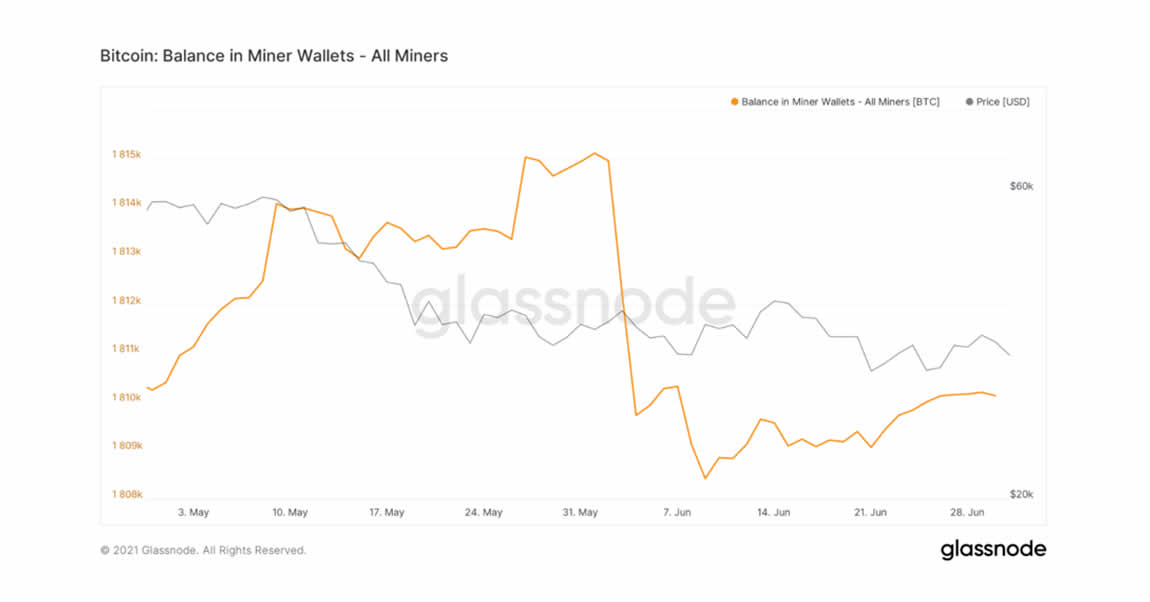 As miners accumulate and hold more Bitcoin in their wallets this gets the market closer and closer, to supply shortage territory.  That is where the stock to flow chart kicks in.  Remember, the stock to flow is simply measuring the supply of Bitcoin, the flow, compared against the stock of Bitcoin, how many Bitcoin are allowed into the market for purchase.  If miners are accumulating, retail investors are accumulating (from yesterdays blog), then once the whales who did sell, come back, and start accumulating, there will be very little Bitcoin available to buy. This is the parabolic move for Bitcoin, the next leg up we keep discussing.  Here is the stock to flow chart now: 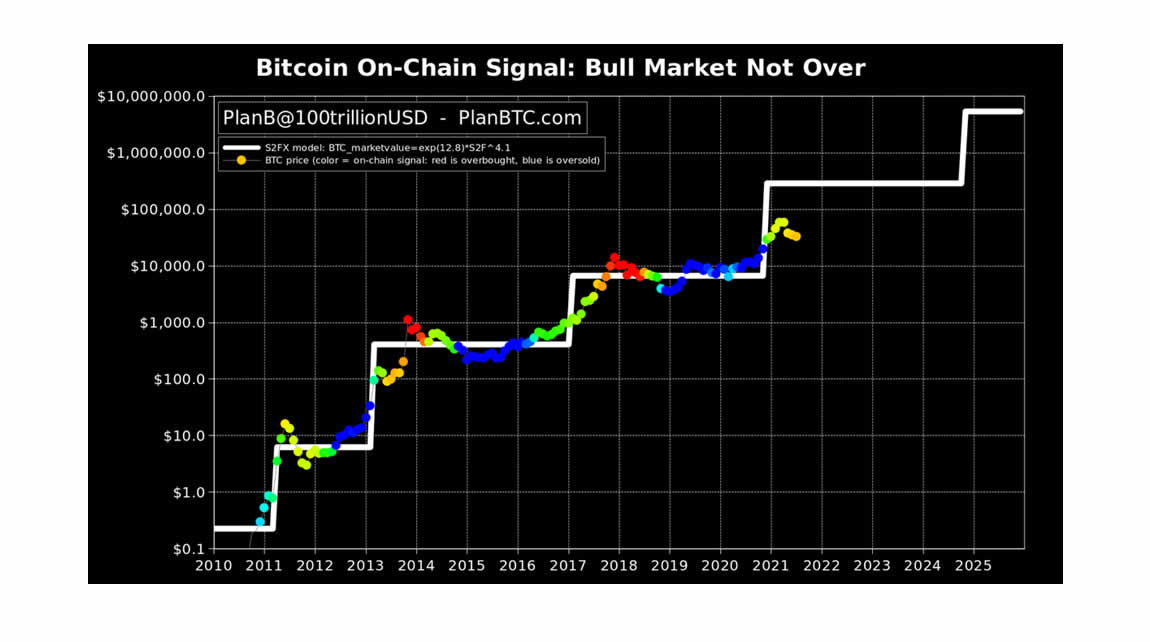 Here is what the stock to flow could look like if Bitcoin repeats the 2013 bull run, verbatum: 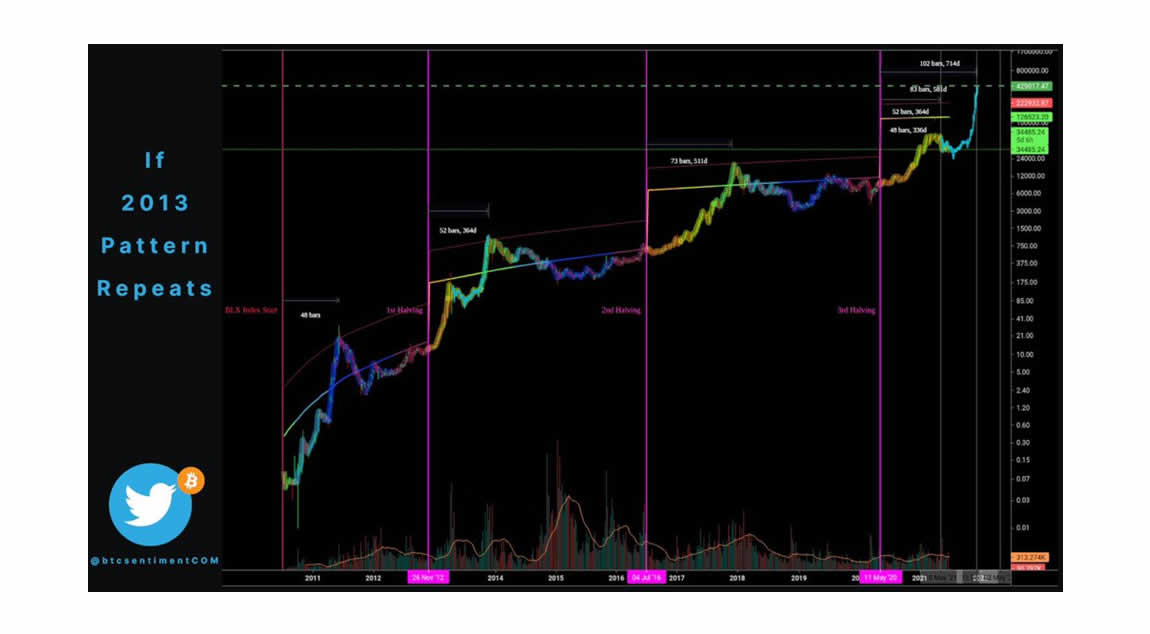 We are not saying that we think Bitcoin will break $400K by December.  We just keep seeing similarities between this bull run, and 2013.  That year Bitcoin hit a top, droped over 50%, and re-accumulated for 3 months plus, then it went parabolic.  If the top of this market is more rounded and not as pointed as 2013, it may break $200K easily but not approach $300K or $400K.  It is certainly worth sticking around to find out.  However, we have to say, money is not why we own Bitcoin.  It is part of it.  The main reason is freedom from centralized monetary control.  That could be a commercial bank, a central bank, or a government.  Being sovereign in a world of central control and authority is increased freedom, and it is humanitarian.  Pro human.  This is why we own Bitcoin.  It will change your life, force you to save, and give the next generation a better chance than you ever had!  Scarcity (Bitcoin’s cap of 21 million coins to ever be produced), and the difficulty adjustment (keeping each block close to 10 minutes) are why Bitcoin is so consistent.  So anti fragile. It will be here after you are gone.  Invest now, the next generation of your family will thank you.