Bitcoin; What happens next with Inflation, Globalism?

In spite of gas pricess dropping recently, inflation has still not been tamed.  0.6% month-over-month increase in inflation from July to August 2022!  Inflation is NOT coming down, it is NOT under control!  Now look at the chart below of the SPR (strategic petroleum reserve).  How could it be drained from it’s peak in 2020 of over 726 million barrels, down to a little over 400 million barrels now?  It was 650 million barrels on August 20th.  It has been drained 30% in 6 months!  Right before the November mid term elections. This is the primary reason gas has dropped so much since the summer began.  Supply is coming from our strategic reserve.  This is an artificial price decrease made to appear inflation is droping when in reality.  This drop is TEMPORARY!: 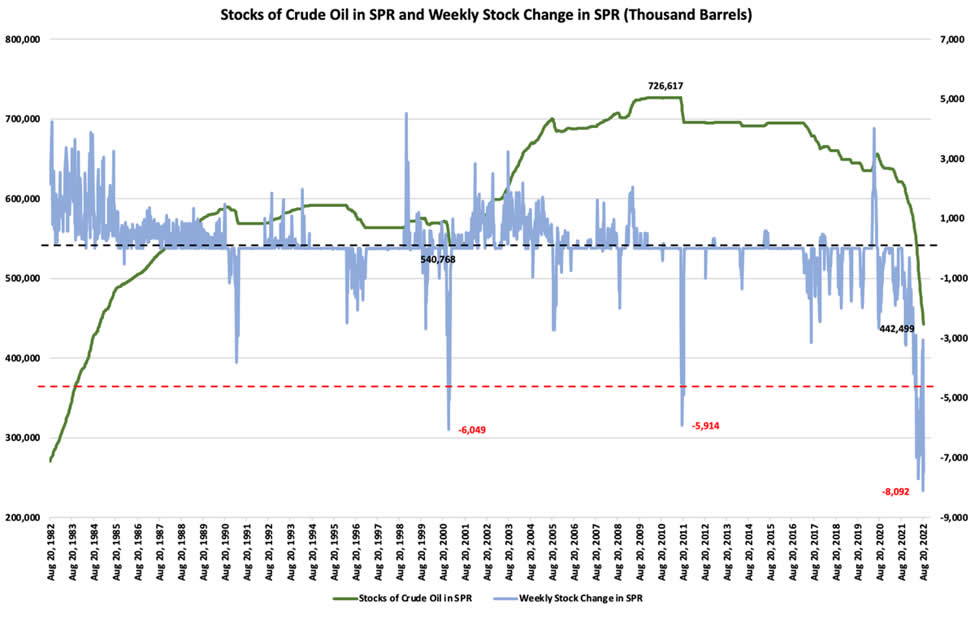 The SPR is at it’s lowest level in 37 years now!  When it is replenished, a little.  Expect inflation and gas prices to skyrocket!

Globalists, like the bank of international settlements would like to see all nations switch over to CBDC (central bank digital currency).  The reason, is not good for citizens.  We will let Augustin Carstens explain for himself, click here to view on twitter.

It is not a secret that we are opposed to any CBDC.  It strips freedom from citizens.  Central banks would be able to control spending habits and direct exactly where money had to be spent, or not spent.  That is not freedom, that is slavery!

Further examples of this can be found with lending rates increasing globally.  This inflation, has caused a sovereign debt crisis, if rates get high enough.  This will cause a deflationary crash in each of these economies: 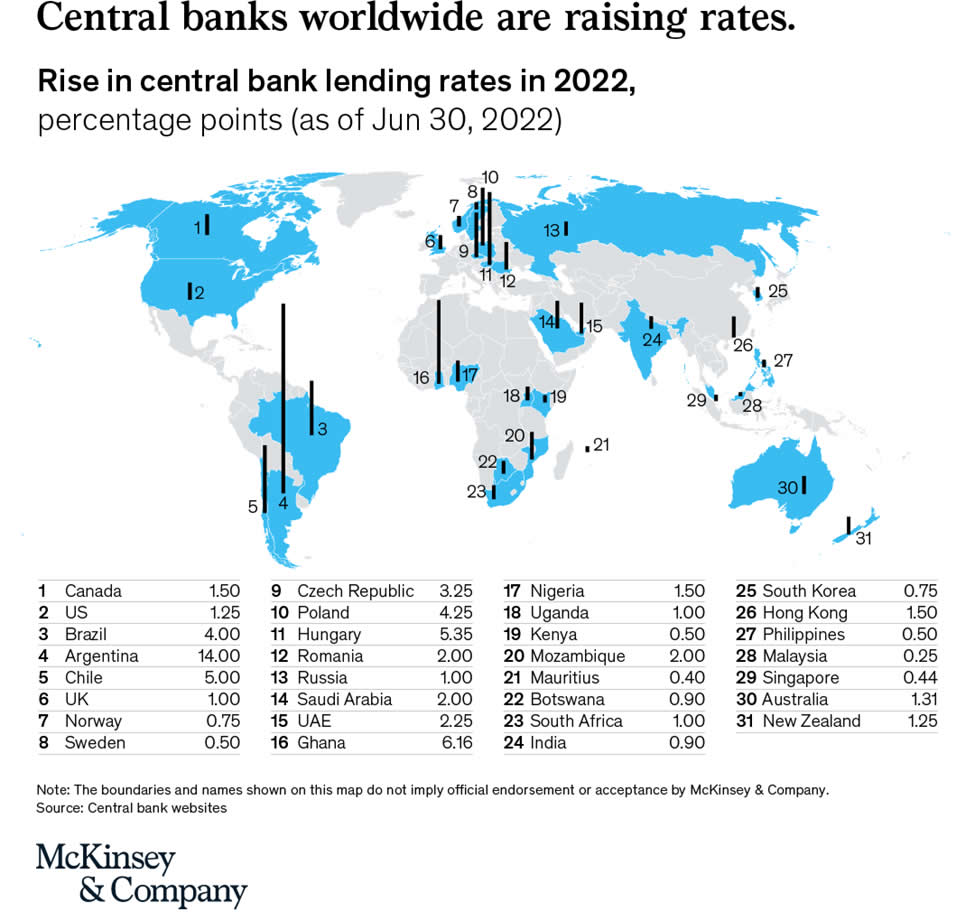 However, consider this.  What if the Fed is raising rates so that they have a higher threshold from which to lower from, in 2023??  We don’t have a seat at the table at the Federal Reserve.  They do have a history of saying one thing, and eventually doing the opposite.  This is a distinct possibility!

Now let’s consider what Bitcoin is doing in the charts.  Each cycle Bitcoin makes certain moves every four years and it is still very rhythmic!

These next slides are all from Steve Courtney.  The best chart analyst in Bitcoin!

Finally, here is a zoomed out chart of Bitcoin with the RSI at the bottom of the chart.  The golden zone marked with yellow boxes shows us there Bitcoin stays below the 200 day moving average.  This is the golden zone because buying here, is the smartest financial move.  IF, you hold Bitcoin 4 to 8 years after buying in a golden zone!  Your buying the bottom, riding to one cycle peak, and if you wait 6-8 years or so, riding to a second cycle peak.  That has historically been 1,000’s of % in ROI (return on investment):

The globalists will FAIL!  Mark our words, their agenda is counting on humanity being too stupid to figure them out!  Controlling our digital money, telling us what, and when we can buy a good or service?  Bitcoin requires none of that.  It is a public ledger, and the blockchain is backed by energy.  Truly a free market, controlled by the people.  We are not financial advisors, and this is not financial advise.  We are alerting you all, to the agenda of globalism, at least regarding your money.  Bitcoin is the lifeboat!  It is freedom and a free market.  Yes it may be volatile, but the only way to outsized returns is through volatility!