“In the US, 80-90% of $100 dollar bills are used for organized crime and tax evasion and there’s a very good reason for that—they're untraceable and fungible,” said Hutchins.

Bitcoin, however, leaves a permanent, unalterable record, hence why almost all criminals using it are caught. It is fundamentally wrong to say that Bitcoin is mostly used for crime.”

At Neutral ATM we believe that the US dollar cannot stand up to the superiority of Bitcoin, and that it will be a part of the move to a digital dollar.  It may come along after the Fed attempts a central bank digital currency, but eventually Bitcoin will be the standard for global reserve currency.  Either directly or as the backing.  This could take one or even two decades to play out.  We are watching the situation, but in the end, we see Bitcoin winning.  That is the asymmetric bet.  There are 12 US cities with Federal Reserves in them.  Each city has a billboard like this: 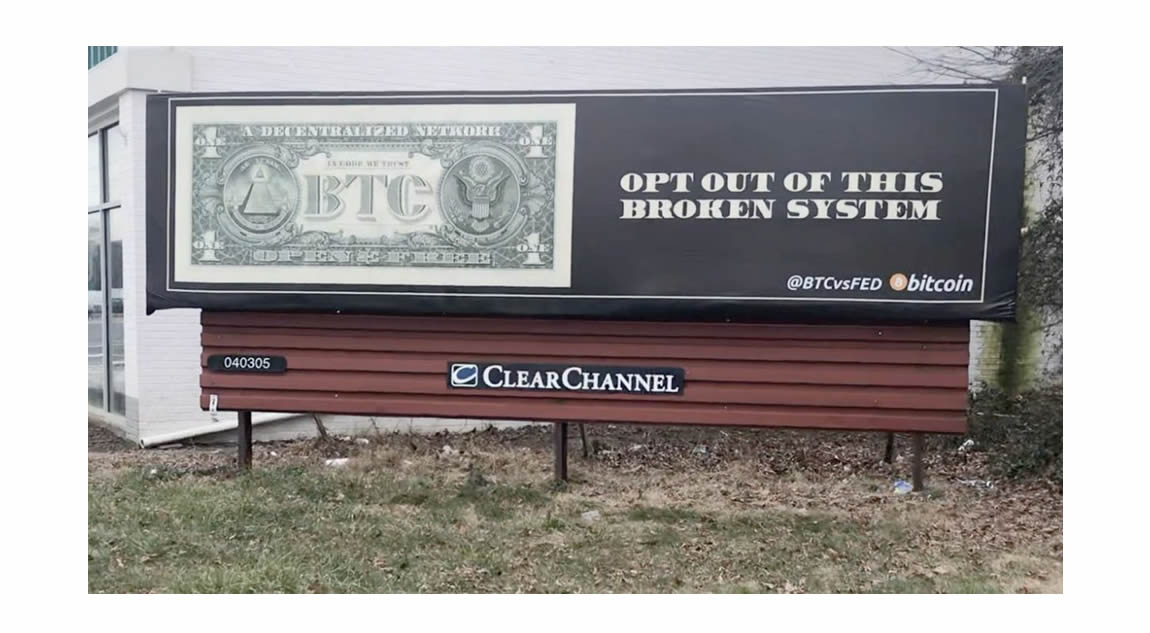 Here he is relaying information about WH staff meetings discussing Bitcoin adoption and embracing it from a regulatory standpoint.  Many hedge fund managers agree with Scaramucci.  Since Bitcoin is digital, and it is decentralized, it solves most of the problems cash has.  It can be tracked and traced, it can be stored in a small space, it is portable (fungible).  Scarcity and the store of value aspect is what most differentiates Bitcoin from fiat currency (cash).  The most important aspect of Bitcoin compared to fiat currency (cash) is that Bitcoin is decentralized.  That aspect is most likely to keep Bitcoin demand high for years to come regardless of what the Fed does.  They cannot shut down Bitcoin.  Miners are global, and there are many, many thousands of them.  Regardless of how draconian any future regulation gets, that will not slow down Bitcoin demand.  China and Iran tried to outlaw Bitcoin, and they lead the world in demand.  Iran is now mining Bitcoin at the Government level.  The Bitcoin mining is so intensive, that blackouts where blamed on Bitcoin mining there, click here to read more.

The more fiat currencies like the Iranian Rial are inflated, the more demand for Bitcoin and for the industry of Bitcoin mining is increased.  We have seen this in Venezuela, Argentina, Mexico, Greece, Lebanan, Ireland, China, Tiawan, the entire continent of Africa, and many other countries with inflation issues at varying levels.

Although Neutral ATM sees Bitcoin dropping below $30K slightly, perhaps this week!  We also see a potential bounce and a future run over $52K in February.  Bitcoin is forming a W still inside a descending triangle.  If it gets into the $29K range, it should bounce way up from there.  It is just testing support.  We will be buying this sub $30K dip!