What will it take for humanity to wake up to the fact that CBDC (Central Bank Digital Currency) is coming right at us like a freight train.  When it hits, we will have to choose, CBDC or Bitcoin.

We have written several Blogs about BRICS reserve currency, which has Bitcoin in it for international settlements.  That could come out of this broken system, as an alternative.  That is precious metals backed, and Bitcoin for cross border transactions or settlements.  However, CBDC may be digital, however, it is completely centralized and gives central banks and governments complete control over citizens.  It would essentially destroy quality of life.  Here is Augustin Carstens Director  of the Bank of International Settlements:

Surveillance, and control over the use of digital money through CBDC.  This is what it is, this video further explains it, click here to read.

CBDC will destroy freedom globally.  It cannot happen!  All citizens who use it, will be forced into threats of removing their access to their own money, if they say the wrong thing, write it via social media, drive too far, eat the wrong food.  This is what we mean by destroy the quality of life.  Life without any freedom is not a good thing.  That is our mantra.  Choosing how to spend and invest your own money, that is a form of freedom.  Consequently, the central bank or government, having the authority to control your movements, and all behaviors, because they control your digital money.  That is a complete loss of all freedom and quality of life.  It is anti-human.  Unfortunately, banks are rolling out trials right now.  Here is Bank of America’s headline: 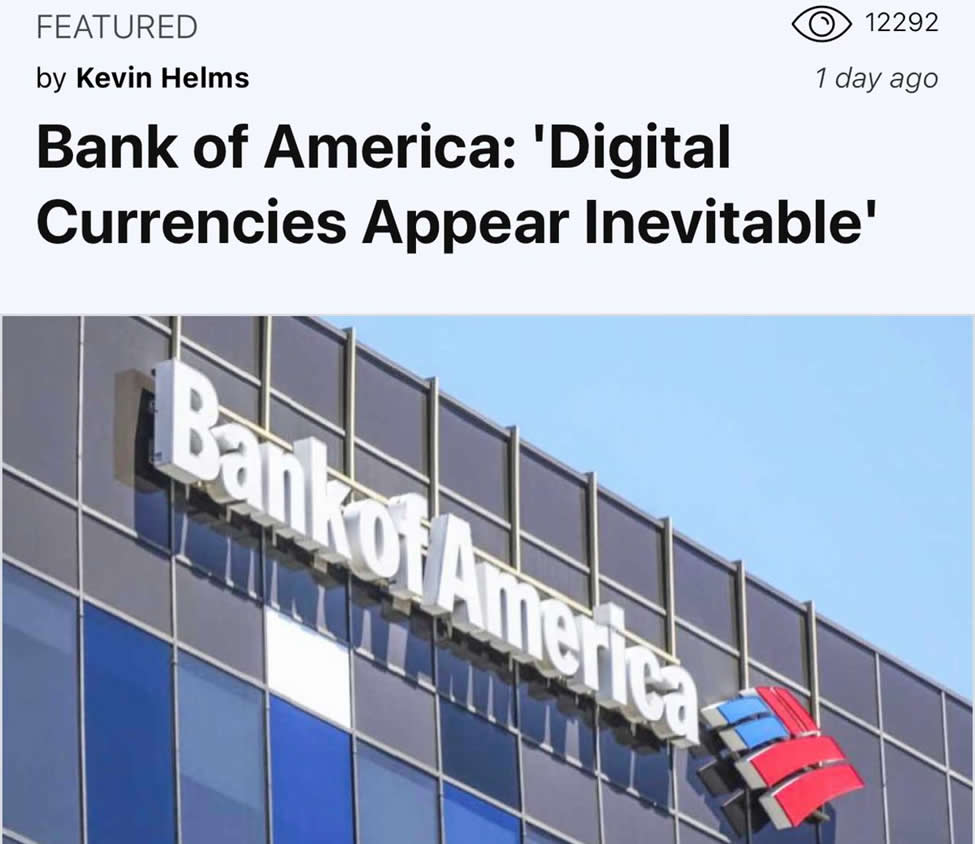 Neutral ATM wrote about the BRICS reserve currency in this blog, click here to read.

We hope the BRICS reserve currency can come out before CBDC can.  Either way, humanity is getting left with a choice.  Decentralized, permissionless, peer to peer digital money (Bitcoin), or Centralized, financial slavery, surveillance state money (CBDC)!  BRICS appears to be a way this global standoff, could be avoided.  That would be the more peaceful way to give power back to the people!

As this transition rolls out, inflation will gain steam over time.  As that happens, Bitcoin becomes the clear alternative and hedge against inflation.  Bitcoin will have a good, and then great 2023, 2024, and 2025.

Below is the rainbow chart, which is just a fun chart, but it does show how cheap Bitcoin is right now despite it’s 50% growth so far in 2023: 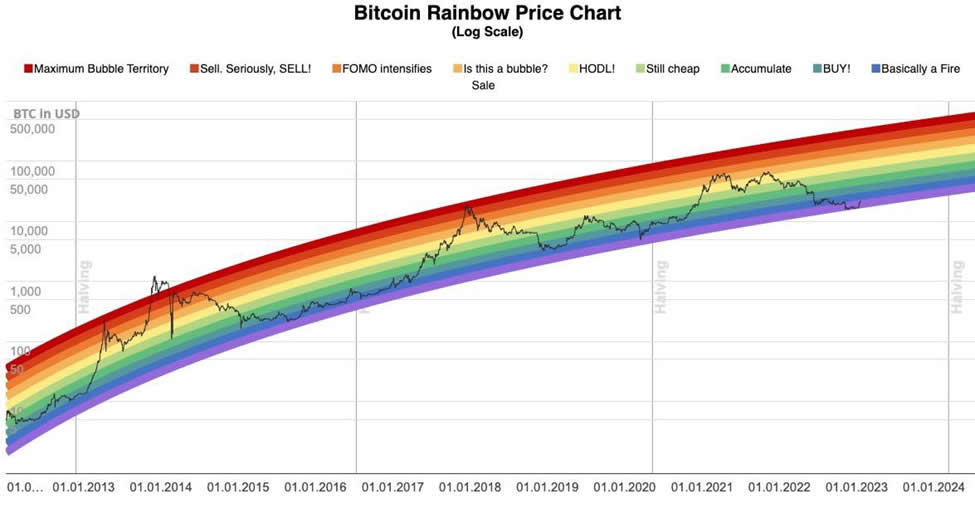 Then, Steve Courtney has a good chart below showing a golden cross set to happen in early February:

These happen at the very beginning of every bull run.  We are excited for the future.  That is not to say Bitcoin cannot drop down into the teens again for one last bull trap dip.  That appears somewhat likely.  Take advantage if that does happen!  We are not financial advisors and this is not financial advise.  This is going to be a wild next 2 or 3 years.  HODL Bitcoin and try to enjoy it.  Stay far away from any CBDC.  We hope BRICS reserve currency can save us from that nightmare!  Yet either way, invest and hold Bitcoin, offline.