We wrote a lot about global macro economics this week.  The central bank has to print to avoid catastrophic failure in the economy.  That appears very clear.  Because this is the case.  Bitcoin pumps longterm with the network effect behind it and supply shocks every 4 years due to the halving.  So, today we will compare Bitcoin to Amazon, since it is one of the most successful stocks over the last 25 years.  Amazon, Facebook, Netflix, they all enjoyed incredible success from the metcalfe’s law or the network effect.  Metcalfe’s law is investment capital basically demand growing for a technological advancement, then the price appreciates, that spurns more investment capital demand.  A feedback loop ensues, this can lead to blow off tops.  Which leads to S curve adoption of the investment over 24 years.  When a blow off top inevitably occurs, Amazon experienced FUD.  Fear, Unbelief, and Doubt.  Amazon price action history: 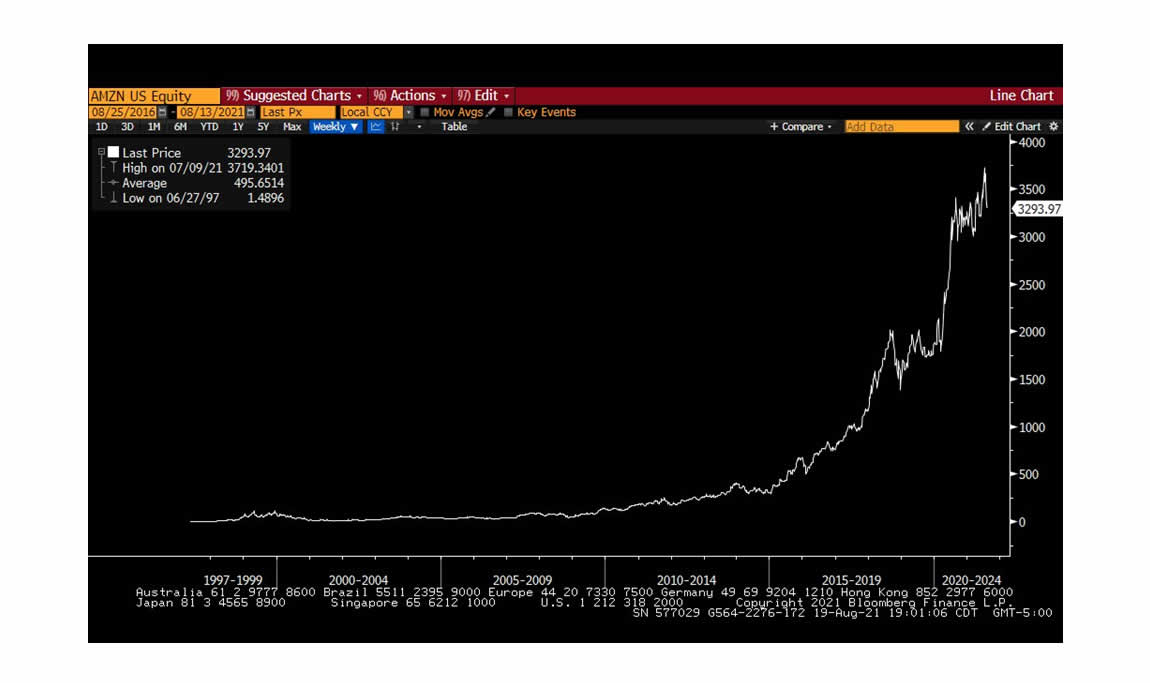 Now Bitcoin.  It enjoys metcalfe’s law same as Amazon.  However, stocks have 0 factor in scarcity.  Bitcoin is programmatically scarce.  There will never be over 21 million coins ever produced.  No, they will not vote to double or triple the production in 10 to 25 years!  Every node operator would have to agree to that.  It won’t happen.  However, Bitcoin does offer metcalfe’s law or the network effect and adds to that, scarcity.  Now it has layered on top of that, the lightning network which makes it a much improved medium of exchange.  This is coming together at a time when money supply growth is at all time highs around the world.  Literally the monetary system is crashing in slow motion and few people even realize it.  This is why there is so much geo political unrest globally.  Fiat currency is dying!  In contrast, Bitcoin is programmatically scarce, has a layered lightning network to make remittance payments completely obsolete, is absolutely decentralized, and permissionless.  Governments and central banks cannot use behavioral economics to dictate behaviour in exchange for CBDC, or fiat currency.  They have zero control.  Thus, Bitcoin has an all time price action chart that looks like this: 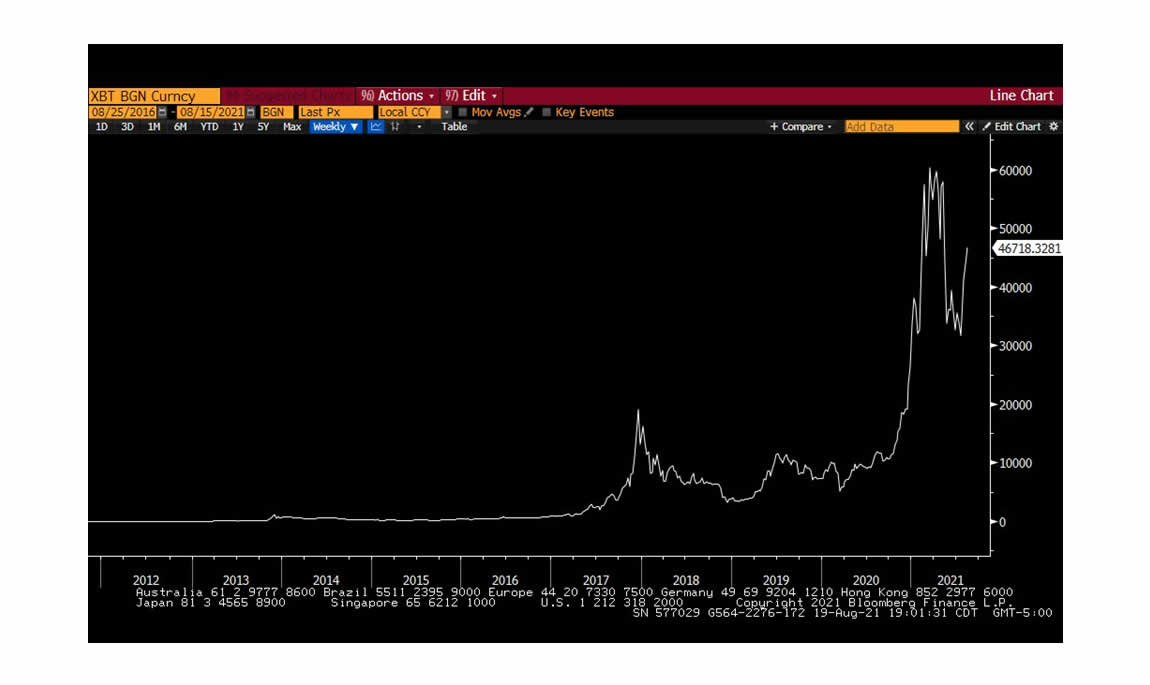 Amazon went from $0 to $3,719 in 24 years per share.  Yes there are stock splits involved which don’t apply to Bitcoin.  However, Bitcoin went from $0 to $64,829 in 12 years!  Neutral ATM has consistently predicted $160K to $220K for the top of this bull run.  Yet, we admit as we cruise closer and closer to the second top of this double top bull run, that $250K to $400K is not outside the realm of possibilities.  Time will tell.  There has never been an investment like Bitcoin in financial history.  It has never happened before.  Some people don’t believe in scarcity.  However, as the USD continues to lose purchasing power that will change.  Bitcoin is inevitable, as the answer to this supply demand armeggedan facing all fiat currencies worldwide.  The lightning network is simply a layer on top of Bitcoin that answers the nagging medium of exchange question.  Now Bitcoin can help eliminate remittance fees and outright theft by governments.  Layers being added to the blockchain give Bitcoin more ammunition to combat intervention, FUD, or many other negatives that come against it.  Buy and hold Bitcoin, it is your liferaft!