Even though Bitcoin retraced $900 plus today, it has now come back $250.  Bitcoin has a tall order in front of it to get through the $14,000 resistance but it appears it will be making another attempt, tonight, tomorrow.  Here are some charts that demonstrate how Bitcoin relates to the other assets competing with it for investor dollars. 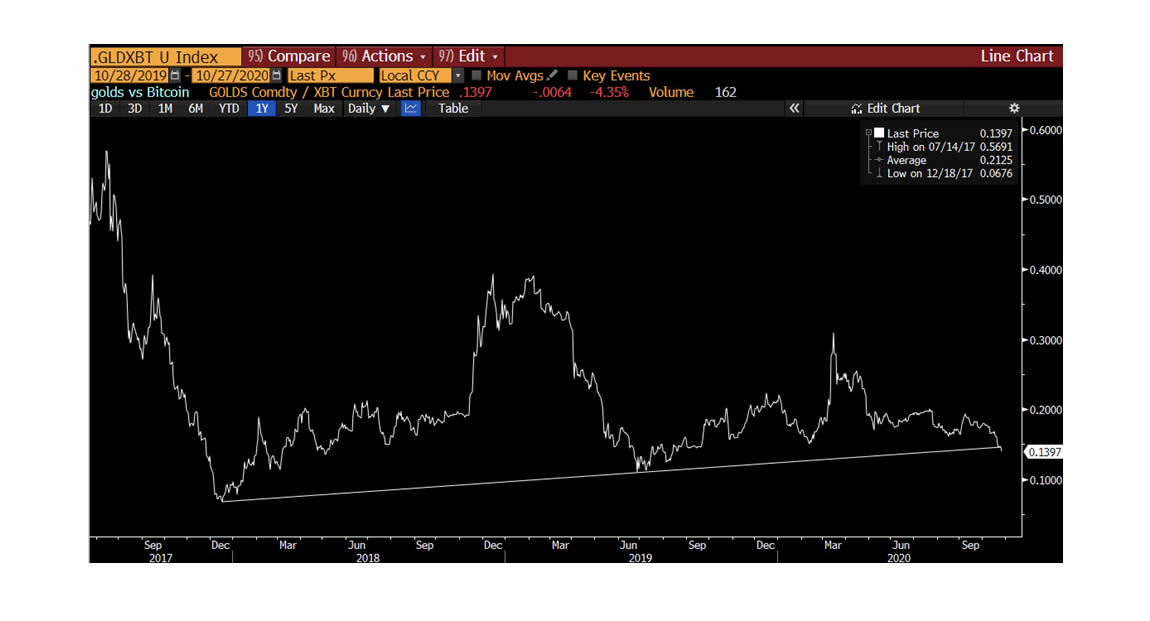 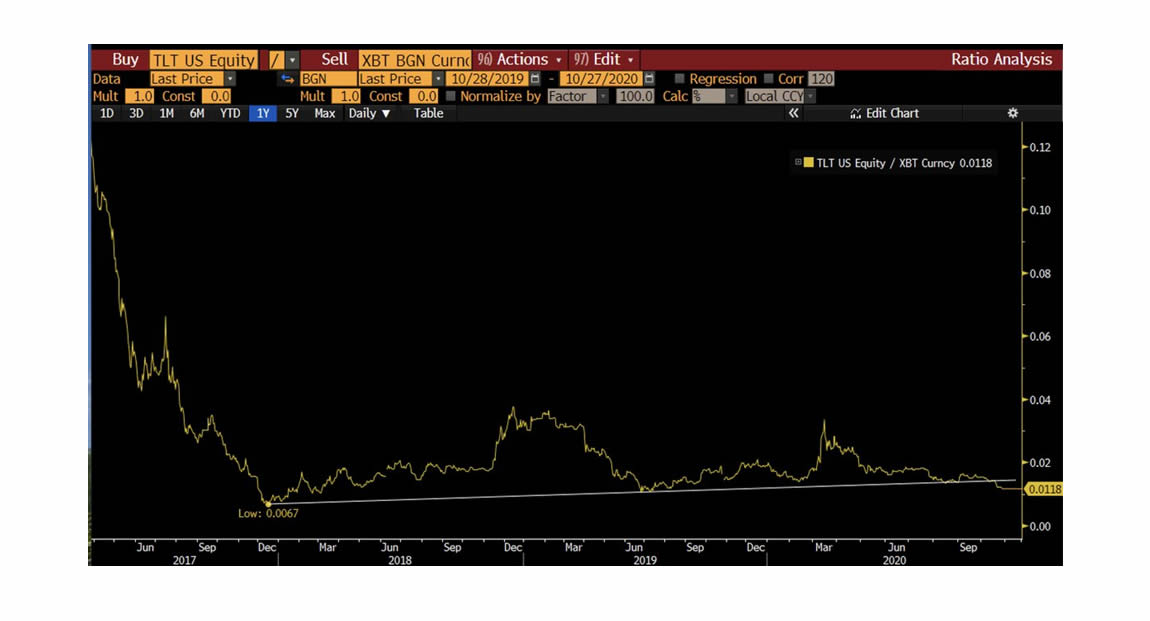 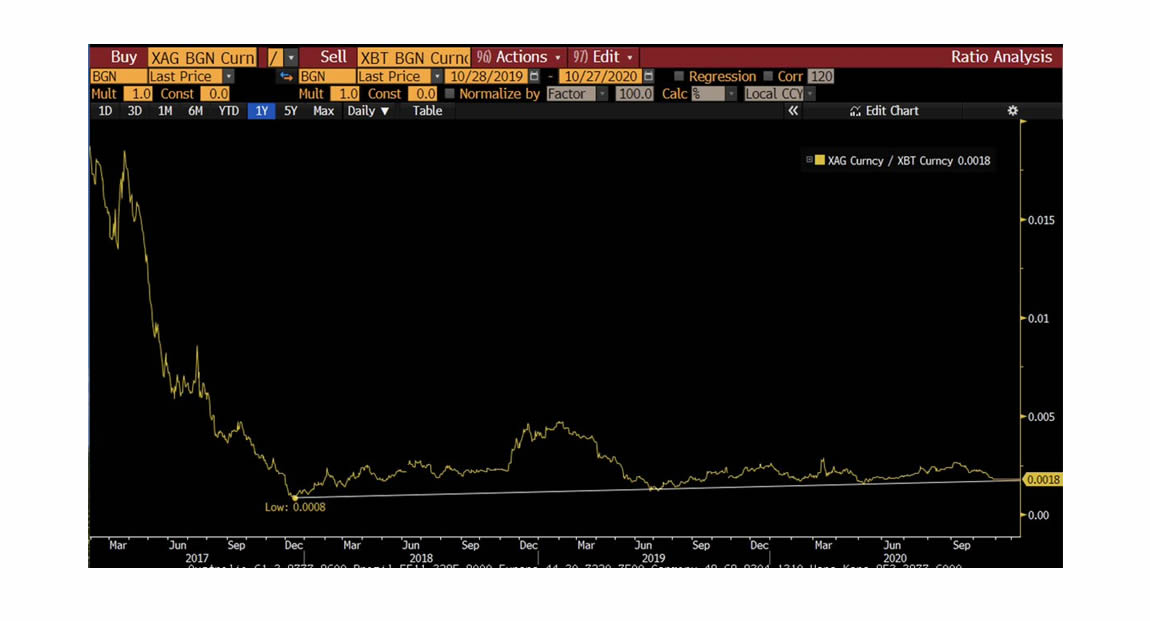 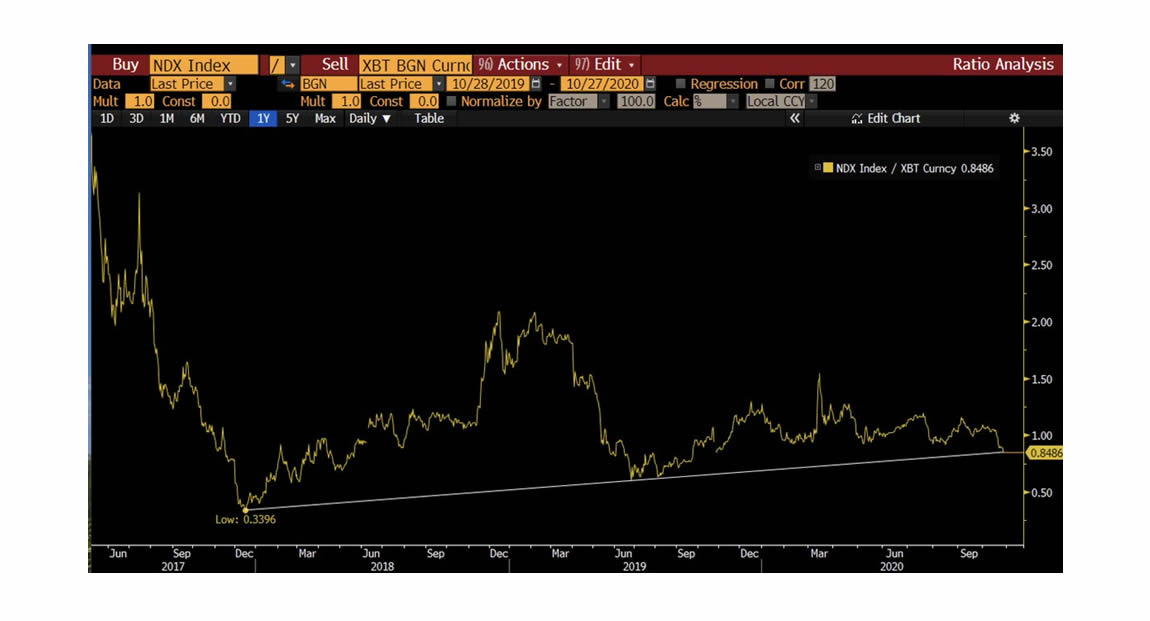 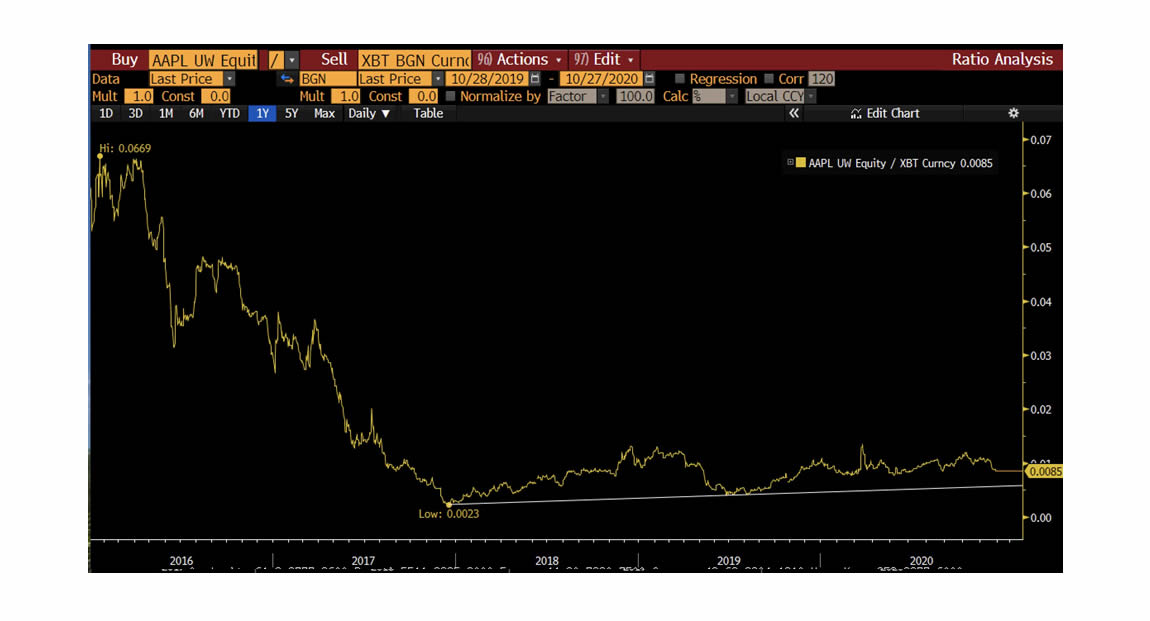 SPX and DJIA are far worse off than the Nasdaq so Bitcoin trumps them easily.  The assymetric bet Bitcoin is presenting now inspite of volatility and pull backs or retracements, is unlike any asset has ever presented before.  But why.  Since 1981 interest rates have been droping steadily and Debt to GDP has been rising.  Neutral ATM has discussed the alarming rate of debt to GDP growth.  Here is another look at that chart and here are interest rates in that time period.

See the sharp peak in 1981 and a sharp drop ever since.  Today interest rates are at all time lows.  Yet Debt to GDP is all time highs.  When interest rates were really high in the late 70’s early 80’s, Debt to GDP was very low.  The economy was beginning it’s Golden Age.  Now these trends have reversed and reached their conclusion.  Neutral ATM thinks this is the end of a 90 year debt cycle going back to 1929.  Interest rates cannot go negative because that would collapse the global economic market and they have no room to move lower.  All central banks can do is buy treasuries and and junk bonds and help approve more economic stimulus.  They are keeping rates low.  This is unsustainable as per historical charts like the great depression era.  If stocks which are down big this week continue to fall.  Consider the charts at the top of this blog about Gold, Silver, Bonds, Nasdaq all priced in Bitcoin and all dropping to near zero.  Yet Bitcoin is up well over 98,000% since it started in 2009.  Bitcoin retraced very slightly and is rapidly regaining that loss right now.  Does this help illustrate that Bitcoin is the Ark to float you out of this flood of government debt?  Buying Bitcoin now has never been more important.  The USD index the DXY is back to droping again.  Neutral ATM sees a deleveraging event on the horizon and we can see Bitcoin trying to decouple from stock indexes.  If and when Bitcoin breaks through $14,000 resistance, we believe that is when it will be obvious Bitcoin is making its move and confirming the decoupling.  So, stocks with a trend reversal down, Bitcoin slowly decoupling.  These charts tell us why this is happening.  Neutral ATM is here to get everyone off of zero Bitcoin.