After the big banks shorted Bitcoin on El Salvador’s “Bitcoin Day”, the price action has fought with the 21 day exponential moving average (21 EMA).  In the chart below, if Bitcoin can close out this week above $43,500 it will be above the 21 EMA.  In previous bull runs, Bitcoin bounces off the 21 EMA and continues higher.  That is likely what is happening here:

However, if Bitcoin drops below $40K that is very bearish and it could drop much lower, unfortunately.  We are hoping this does not happen.  Watch the $40K level!

It is sad, that the legalizing of Bitcoin as legal tender in El Salvador, and the bill to allow Bitcoin and Ethereum payments in Panama, have been shadowed this week by the Bitcoin dump!  Today, Ukraine voted to legalize and regulate Bitcoin.  Click here to see the article about it.

Two weeks ago, Cuba did the same thing as Ukraine.  It would appear, in the next few years, Central and South America will see large to massive GDP gains, adopting Bitcoin and putting it into the federal reserves of these countries.  As Bitcoin breaks out, more countries will likely follow El Salvador, and likewise, this dump this week, will fade away into history.  Remember that!  FUD, price manipulation, they only have an impact for a short time.

Benford’s Law: as a bull run unfold’s the price spends less and less time in each price range.  See the chart below detailing this, regarding the 2016-2017 bull run: 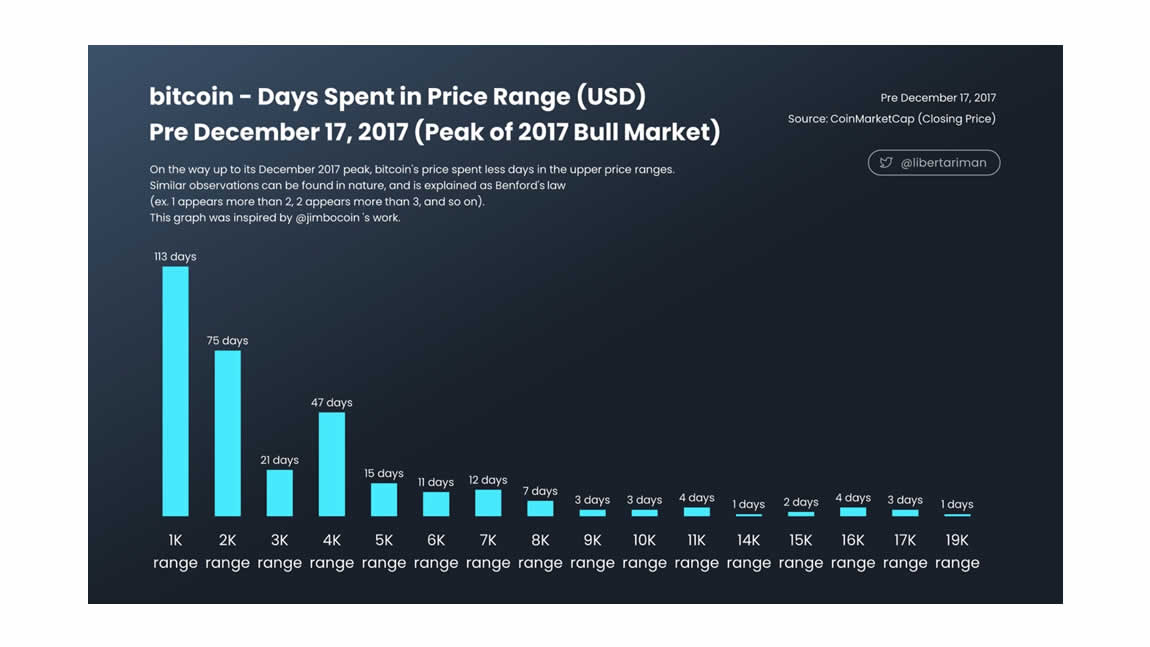 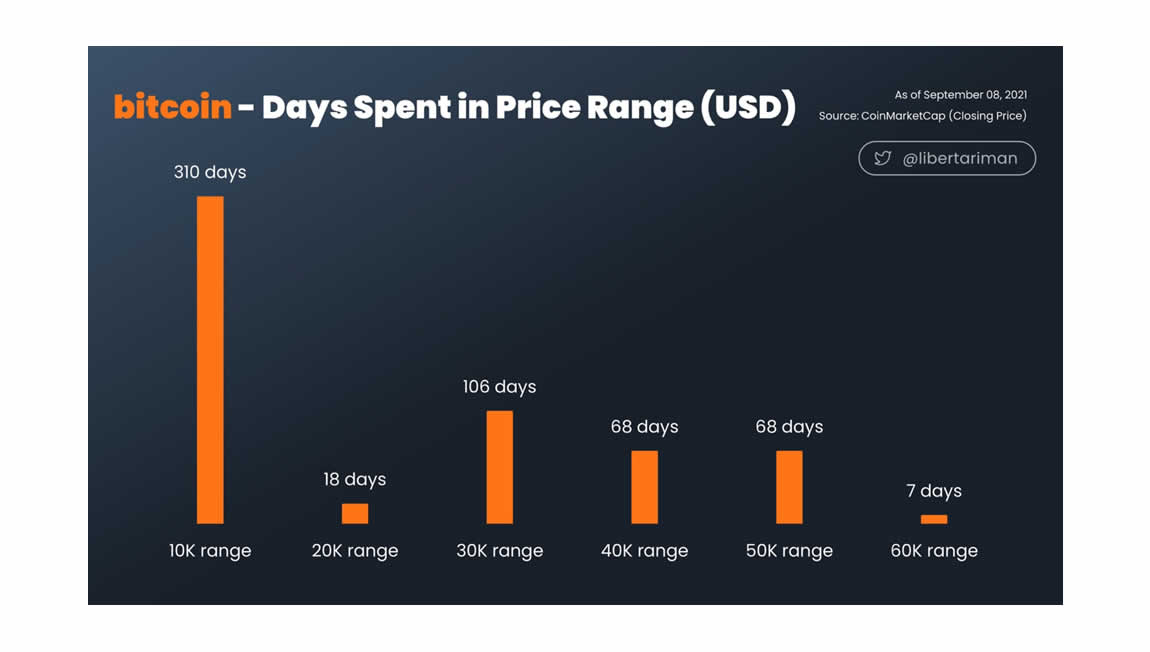 Based on the above chart, Bitcoin is equivalent to the range of $6K to $6.5K (during the 2016-2017 bull run).  Thus, if it gets to a similar level, it would hit $150K -$160K at the top of this bull run.  If it follows 2013 as we have been saying all year, it could easily go much higher than that!  We have not said much about Benford’s Law on this blog before.  However, it does make sense that Bitcoin would move up that chart, and spend fewer and fewer days at $60K, $70K, $80K, and well over $100K.  In order for that to happen, first, Bitcoin must bounce off the 21EMA.  Does anyone who follows Bitcoin, actually believe this bull run is over?  Bitcoin is rhythmic.  No bull run has just cut off immediately only 16 months after the last halving.  They always last 18 to 24 months after the last halving.  Neutral ATM has been thinking lately, of the possibility, that this bull run may last longer than past bull runs.  If it goes out close to a full 24 months, that would be May 22’.  We still see December, January but if anything, it will move out, not closer.  It could stretch to February or March 22’.  We hold that as a possibility, more time must go by, to gain clarity on that.  Obviously, the geo-political environment is’nt letting up to keep Bitcoin adoption down.  It is helping Bitcoin adoption and could be pushing out this bull run, further, into the future!  Whatever happens, the media FUD will continue.  Keep in mind, the contrarian view on global macro trends, is often right: 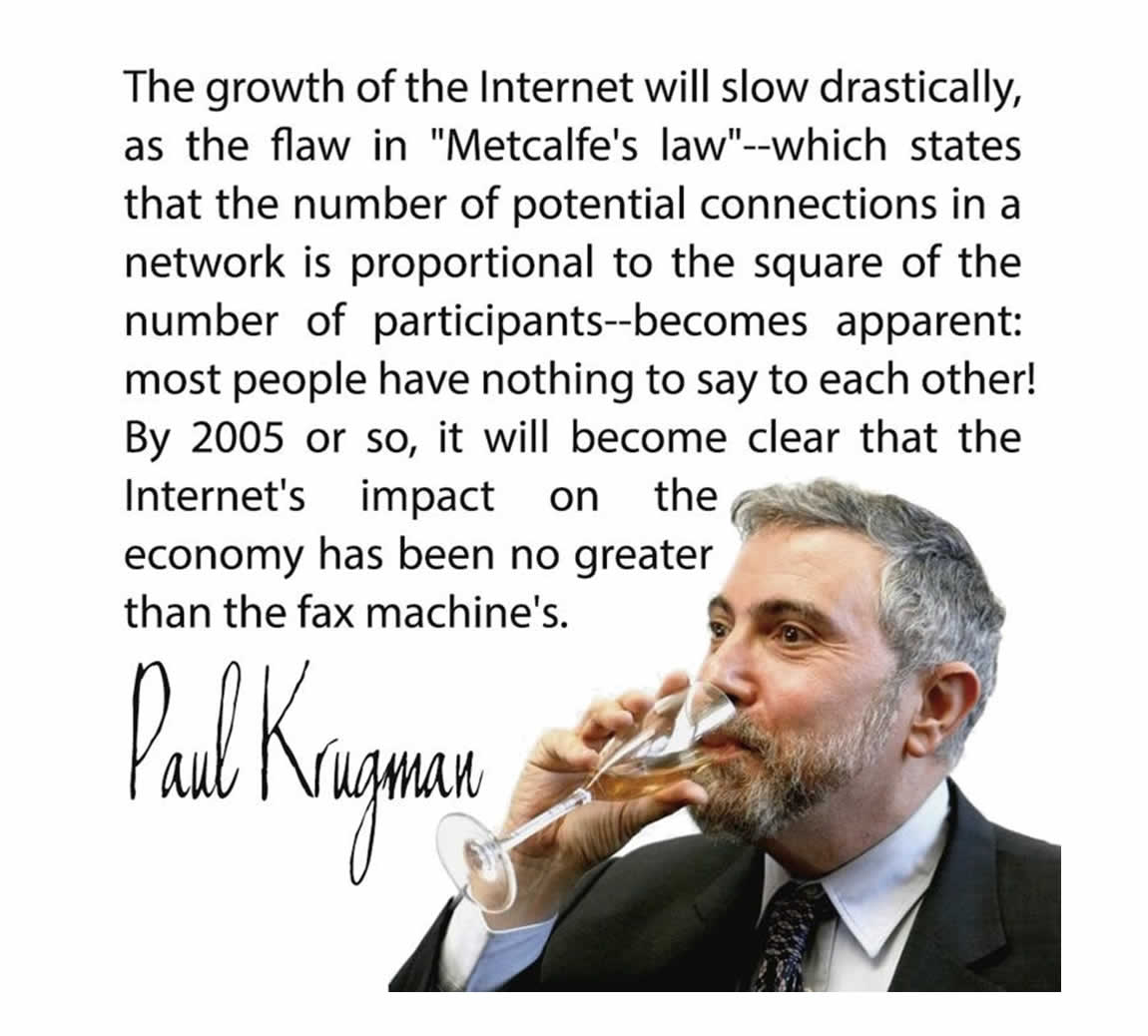 BTW, Paul Krugman is a Bitcoin hater too!

So, we will leave you with this.  What happens when the reverse repo market gets soo big, and pushes the 10 yr bond yield rate lower, forcing the Fed to increase money supply growth yet again?  The stock and real estate market will crash, that’s what.  And where will the flight to safety be?  Gold? Silver? Bonds?  Cash?  Not for long, it will end up, Bitcoin!