Bitcoin’s Big Week, Or Will It Be Next Month, Or Does It Even Matter?

For 3 weeks Bitcoin has been accumulating under $20K.  There are signs this might be the week it finally breaks through.  Keep in mind, I have also mentioned January in the past:

Bitcoin had a lot of trouble with $10K and broke through after weeks of rejections and accumulation.  Then it got to $19,952 in 8 weeks or so. We see that again.  We may hit $20K this week, or it may be into January.  Then, it breaks $20K, $30K, and $40K quickly.  That is how Bitcoin operates and it has for a long time.  Every rejection has been bought up at $18K.  There have been two tests of that level since Thanksgiving.  For the last day or so, Bitcoin has been in a descending triangle and those break up most of the time.  Stay patient, Bitcoin will prevail!

This chart shows Bitcoin comparing risk and reward.  It gives the highest returns and lowest risk of any asset: 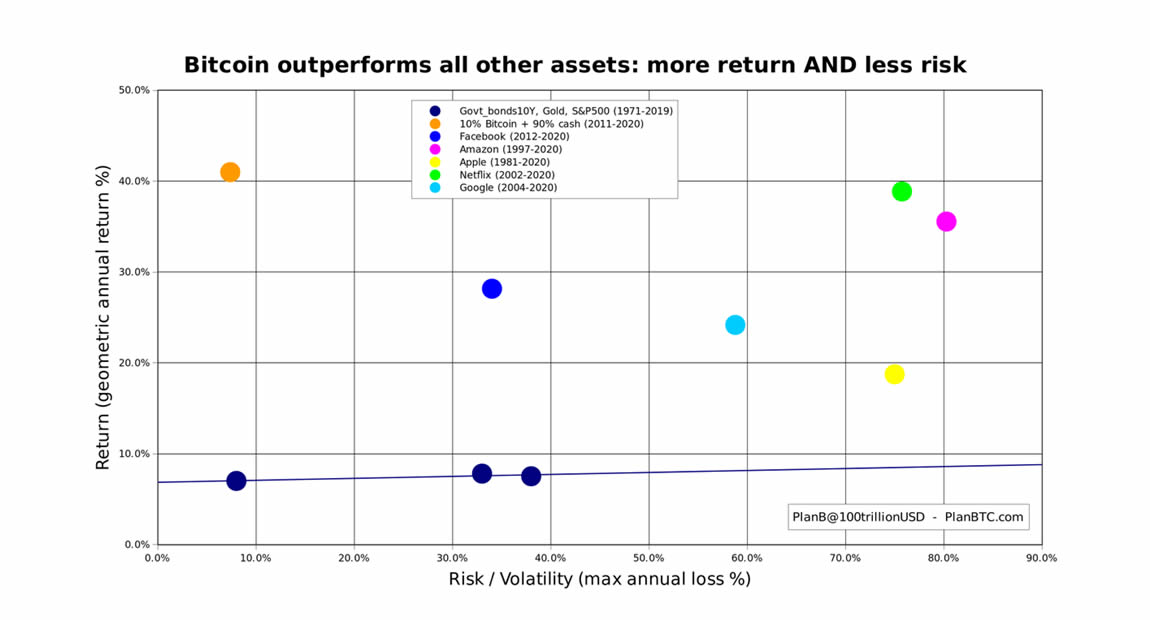 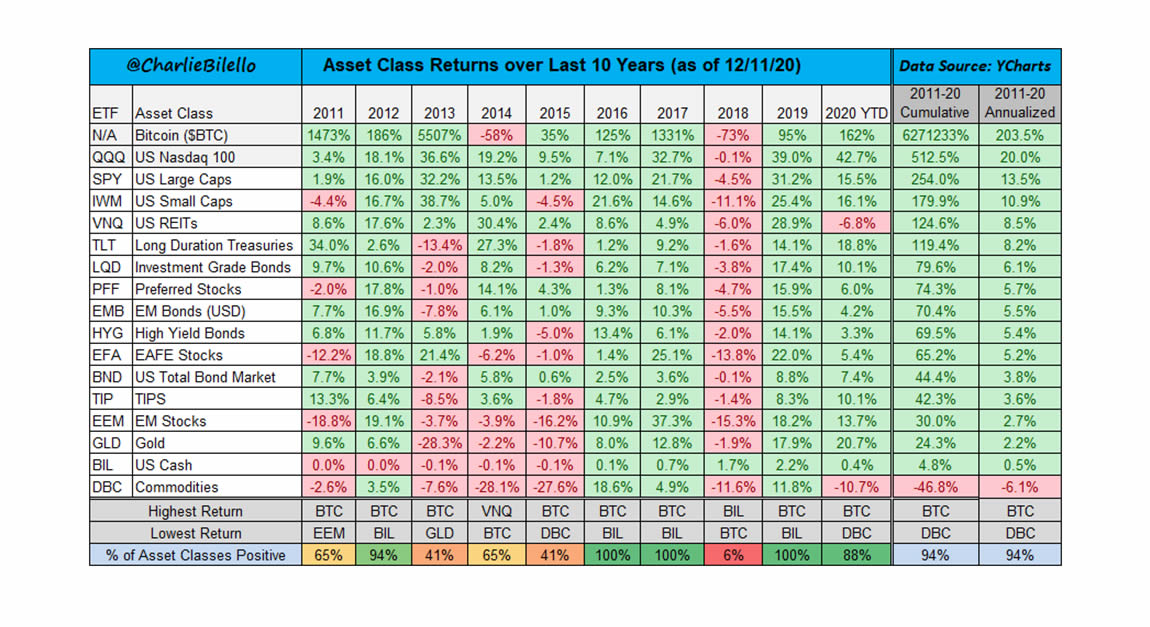 This blog over the 4 months we have run it, has discussed global macro economics, some financial history, and related Bitcoin to all other assets using many different measures.  We believe 100%, Bitcoin will grow tremendously in 2021 because of the inevitable money printing, and QE infinity the Fed has promised us.  Once the Biden administration is sworn in (assuming that happens), Yellen will start pushing to print, and a lot more stimulus will roll through congress.  If and when a deflationary stock market crash does happen.  Bitcoin will only get more popular in the after effects of all of that.  Bitcoin was born in 2009 and conceived in 2008 after a massive stock market bubble and collapse.  We know this 2020 stock market bubble will collapse.  We just don’t know when.  Bitcoin will eventually, be the beneficiary of that, because it is the antithesis of loose fiscal policy, which obviously got the economy in this mess to begin with.

"If pension funds and insurance companies in the U.S., euro area, U.K. and Japan allocate 1% of assets to Bitcoin, that would result in additional Bitcoin demand of $600 billion, the strategists said."
Nikolaos Panigirtzoglou – JP Morgan

A $600 billion increase to Bitcoin’s market cap would nearly triple the price.  A lot of the gains in market cap Bitcoin has already received in 2020, have still not been priced in.  Derivative markets have held Bitcoin growth back, below $20K, so that more accumulation below $20K could occur.  This will come to an end.  When it does the price will skyrocket!  Don’t be left with zero position in the safest, most secure, digital network in the world.  The greatest assymetric bet in this generation.  The world’s first digital currency,  built on the blockchain, never hacked, proven since 2009, highest annual returns in the world since 2010, recipient of the largest wealth transfer from fiat currency to digital currency, in generations.  Neutral ATM is here to get everyone off of zero Bitcoin.