Bitcoin Rising in Every Way, Except Price

Well it’s Monday.  For Bitcoiners it’s been a crappy weekend.  We still believe Elon is tweeting to dump the Bitcoin price, but not selling Tesla’s Bitcoin.  He may still buy the dip.  Musk confirmed via twitter this morning, Tesla has sold no Bitcoin.  Bitcoin is not a security so there is no insider trading on market manipulation.  Below is what Blackrock ($9 trillion in AUM) says about Bitcoin, view on twitter.

Regardless of what the worlds most eccentric billionaire tweets about it.  Bitcoin is not going anywhere at all.  The next chart shows that during bull runs, Bitcoin can dip below the NVT which is a valuation of what Bitcoin is worth at a specific time.  It often dips below the NVT in bull runs and often these dips are followed by a run up.  See the chart: 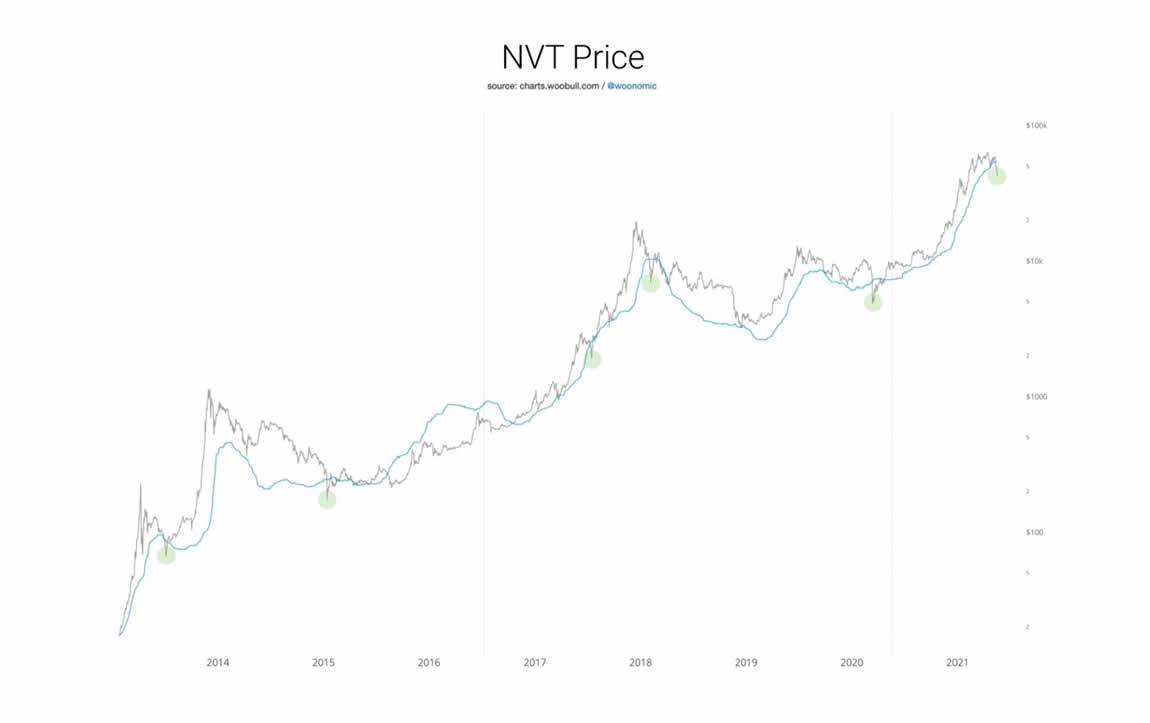 Of course, at times Bitcoin stays under the NVT for an extended period.  William Clement said last week this event with Elon Musk was not predictable and all it does is prolong the re-accumulation, consolidation period.  It also pushes further out, the peak of the bull run.  Perhaps it may be the very end of 2021, or even very early 2022.  Bottom line, in May of 2021, this bull run is FAR from over.

Below is the realized HODL ratio.  Both the RHODL ratio and the price have been consolidating.  This can go on longer now that the tweets are public.  Eventually though, Bitcoin will break out.  Just because it is delayed does NOT mean it won’t happen: 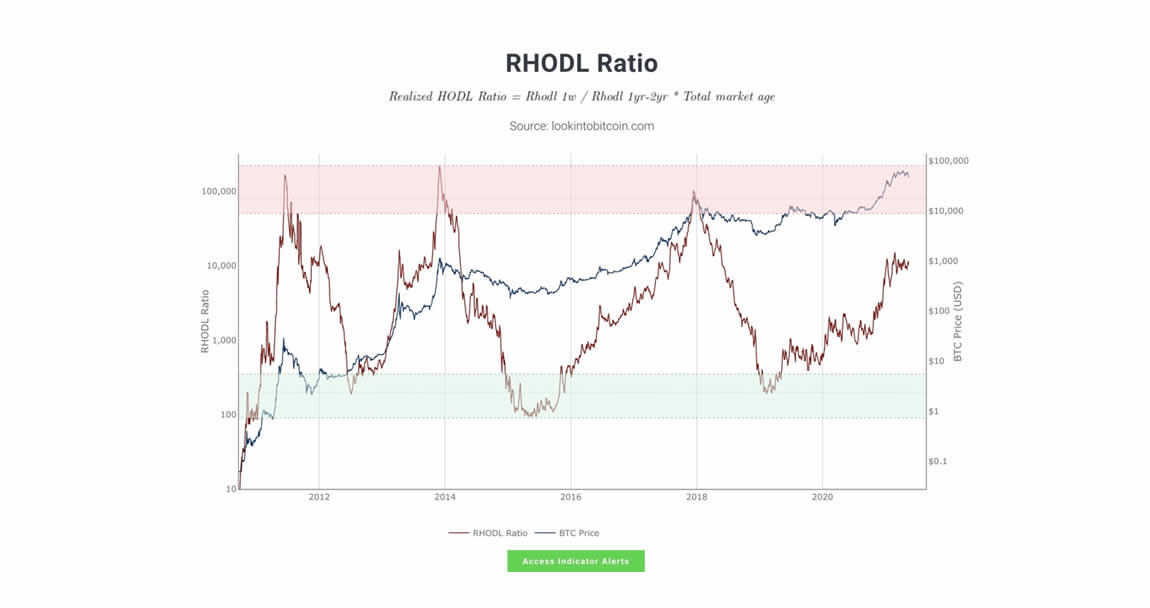 The chart below show HODLers have begun accumulating Bitcoin not distributing it.  Another good long term sign.  This dip is being bought up!   Before the Elon Musk tweets we thought this re-accumulation would last until June.  Maybe it goes into July, or worst case August.  Here is the total supply held by long term holders chart: 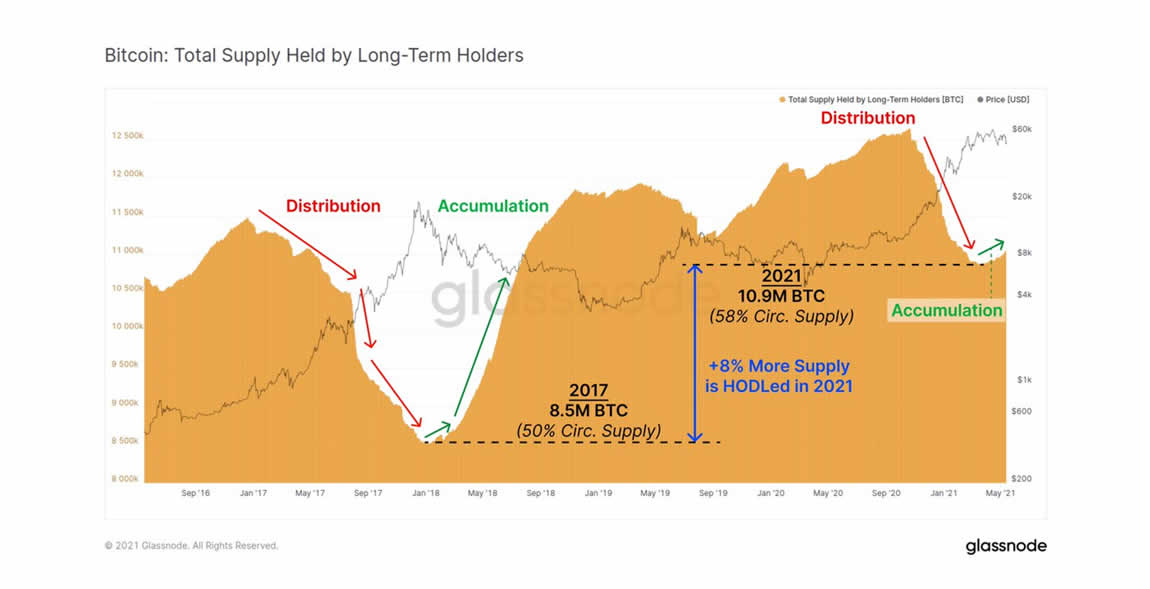 Mining difficulty is an imperative feature of the blockchain.  The difficulty adjustment greatly enhanced the blockchain’s security.  The difficulty adjustment went way up now that the power has been restored in the China province that had to shut down last month.  This dropped the hashrate in China 25%.  Hashrate is recovering now.  Hashrate measures the rate of Bitcoin mining in terrahashes per second.  The hashrate is healthy and HODLers are accumulating Bitcoin now.  Good signs!  See the chart: 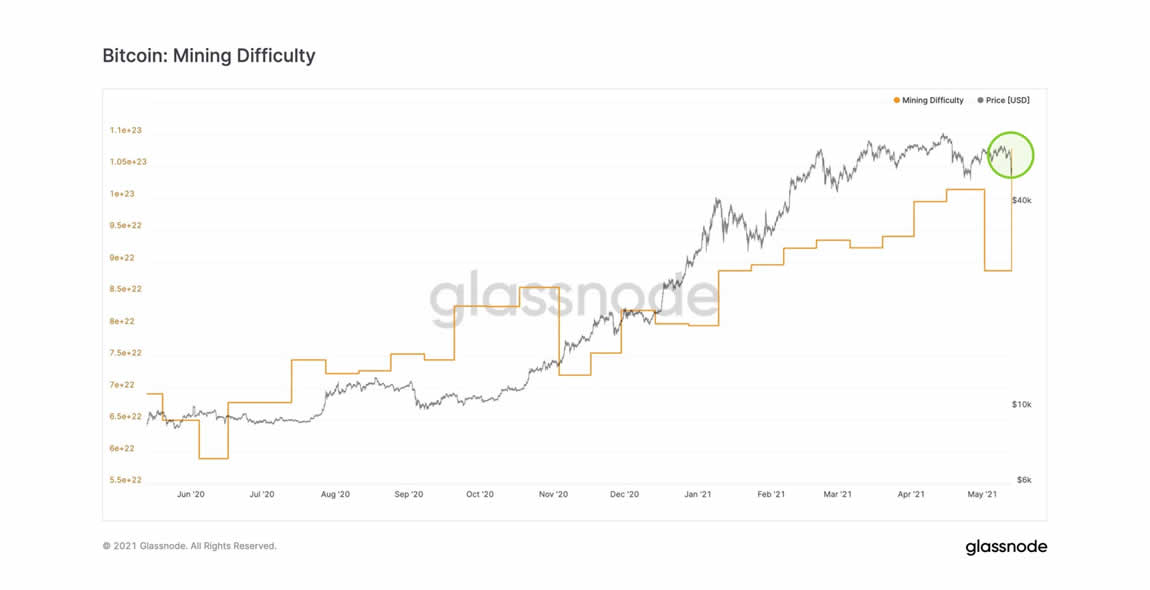 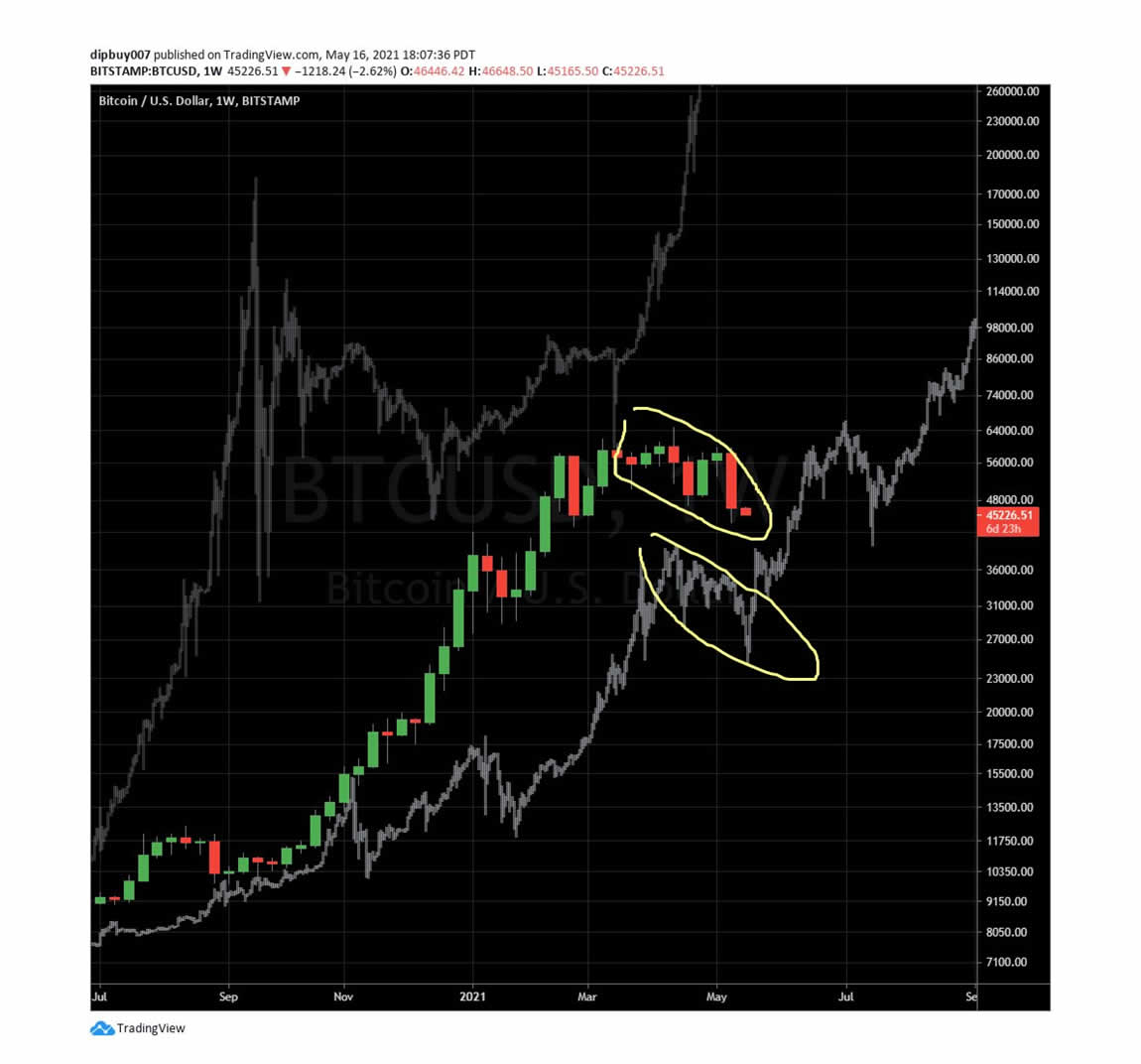 Bitcoin gives us a decentralized investment that is provably scarce, and has a deflationary supply, built on the most secure network in the world.  Trust Bitcoin, now is an excellent time to buy.