return to the blog
Bitcoin is getting closer to the expected, anticipated parabolic leg up in this bull market cycle.  However, we need to explore how rhythmic these bull runs are.  What makes them rhythmic and how long will they remain this way.  We will start with the short term chart on Bitcoin.  It keeps rising above $50K then capitulating below and consolidating.  It did this exact same thing around $30K before it broke through violently in early August and found resistance at $50K.  Expect the same thing with $50K.  It will eventually get violent and break through with enough volume support to reach $60K.  It is safe to assume, $60K will offer plenty of resistance as $30K and $50K have, during this saddle (consolidation period), between the double tops of this bull run.  This next chart offers scenarios of consolidating below $50K or just above it temporarily, until early October, then a more extreme leg up.  The other scenario, depicts Bitcoin taking out $50K this week, weekend, then consolidating under $60K until October.  Either way a parabolic leg up occurs, especially once $60K is officially breached and showing support: 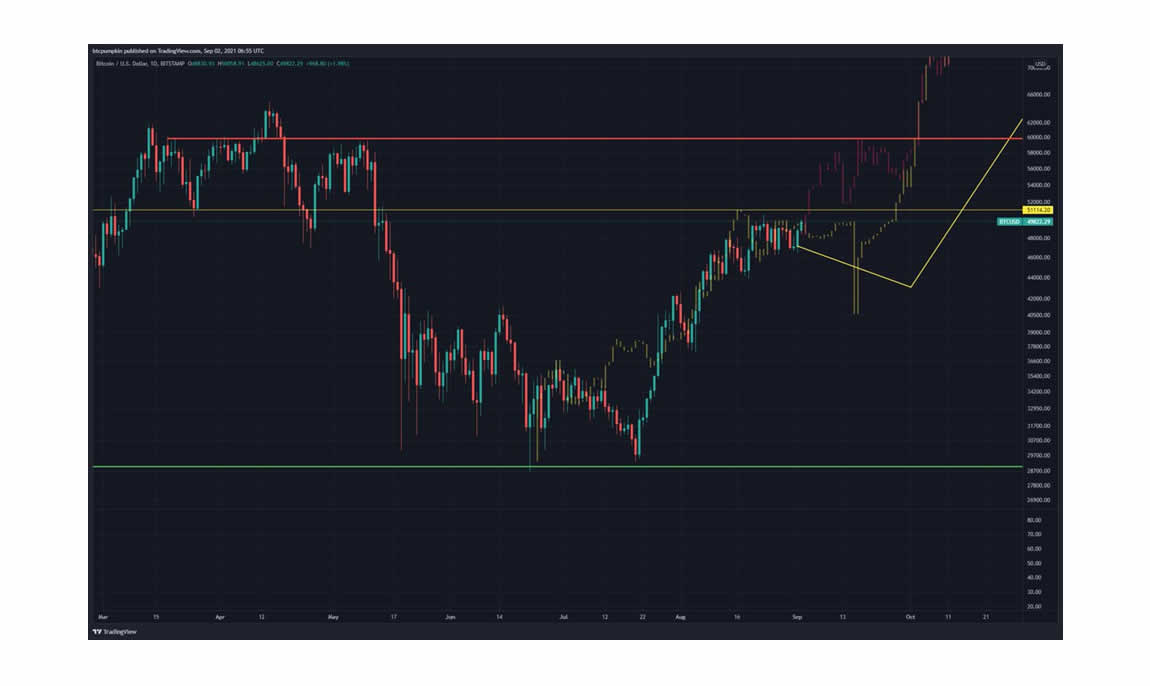 This next chart is long term and focuses on fibonachi 1.272 and then a take off point to 2.272 (times the last ATH, in Fibonacci terms, not price terms).  The Fibonacci level the last all time high hit multiplied by 1.272 is the bottom of the bull market consolidation, then 2.272 is the top of the next bull market.  It has worked the last two cycles.  This would be the third and the price would peak in the $180K to $220K range.  Neutral ATM has been consistently projecting $160K to $220K.  We like a broad target.  Here is the chart below, with the 1.272 and 2.272 fibonacci multiples circled.

The metcalfe’s law we talk about on these blogs a lot, is accurate.  It applies to the internet, cell phones, apple, facebook, Netflix, and of course, Bitcoin.  This chart helps explain it.  No asset has ever had inelastic supply (21 million supply cap), and an S curve adoption as Bitcoin has since 2009: 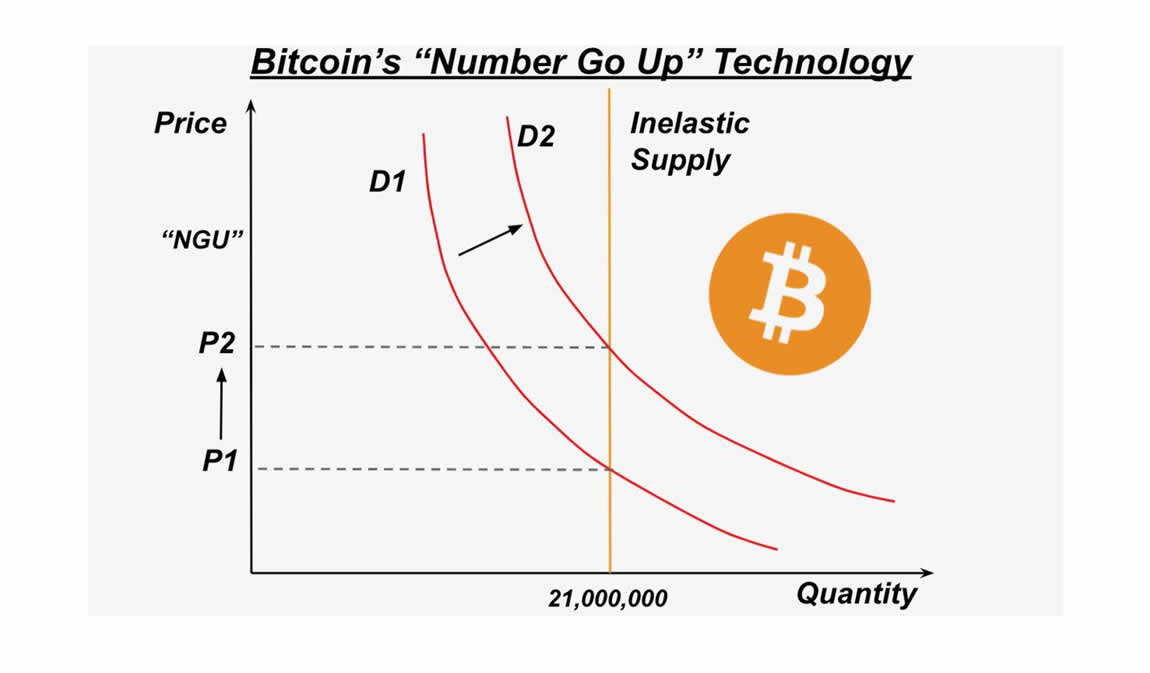 Throw in the fact that, in our opinion, the stock market is now well overdue for a large correction (crash, over 50%).  It could be 85%+ over a 2 to 3 year span.  This would send investors to hard assets like Gold, Silver, and Bitcoin.  Ethereum would benefit as well.  We think Bitcoin will fair the best since it is actually scarce and that is programmed in with the halving.  Below is a chart of the number of ATH’s leading up to a crash in stocks: 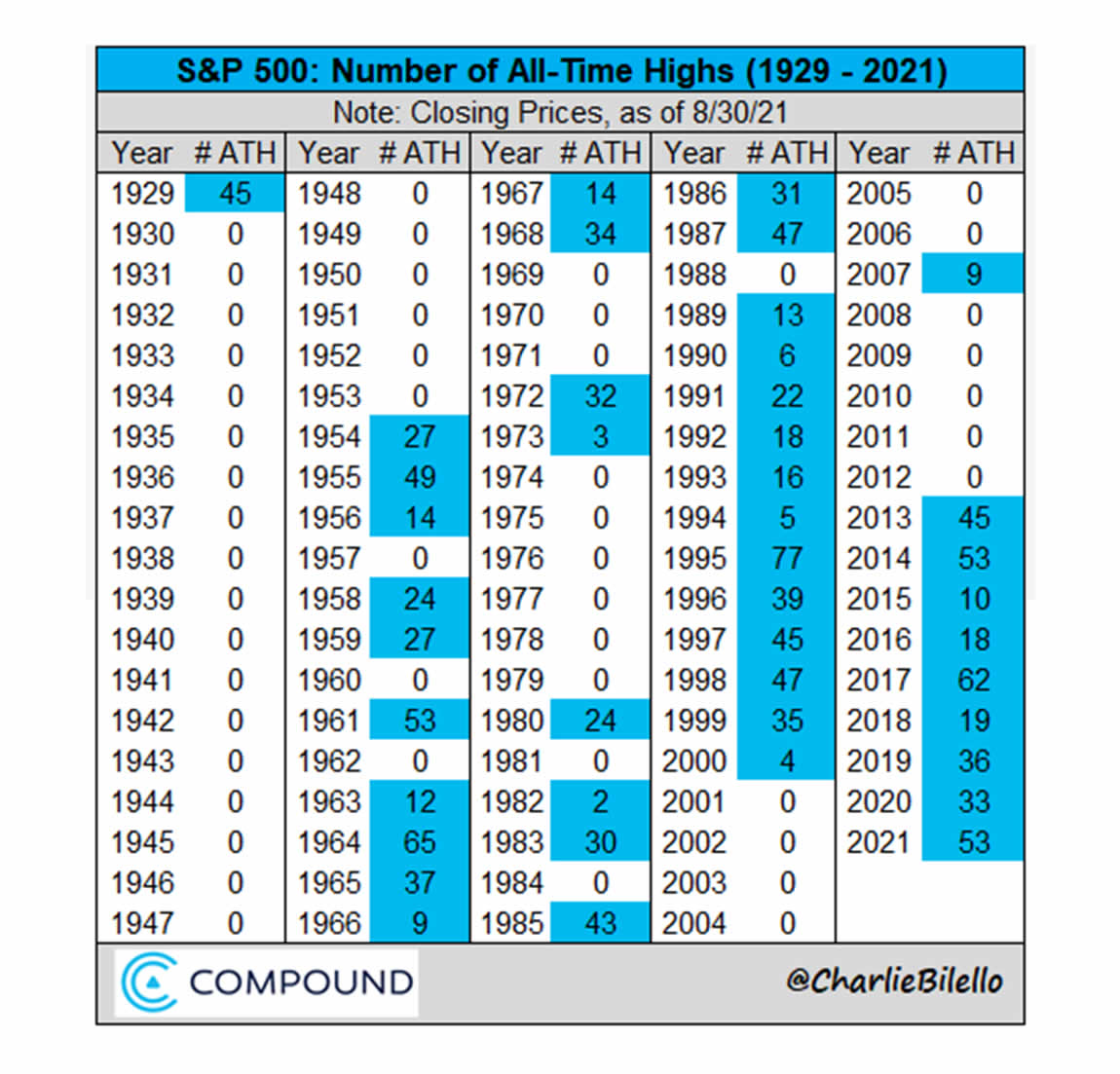 This very much looks like 1999-2000.  Be ready, prepare now.  Own Bitcoin, this next leg up may pause and $50K, and even $60K for a short time.  After that, probably in October, it will be smooth sailing to the new ATH!
This chart below looks like a target, and is another way to look at this rhythm after each halving.  We are still seeing the 2013 bull run charactoristics for this bull run.  We still think it could break $200K this year, and who knows beyond that: 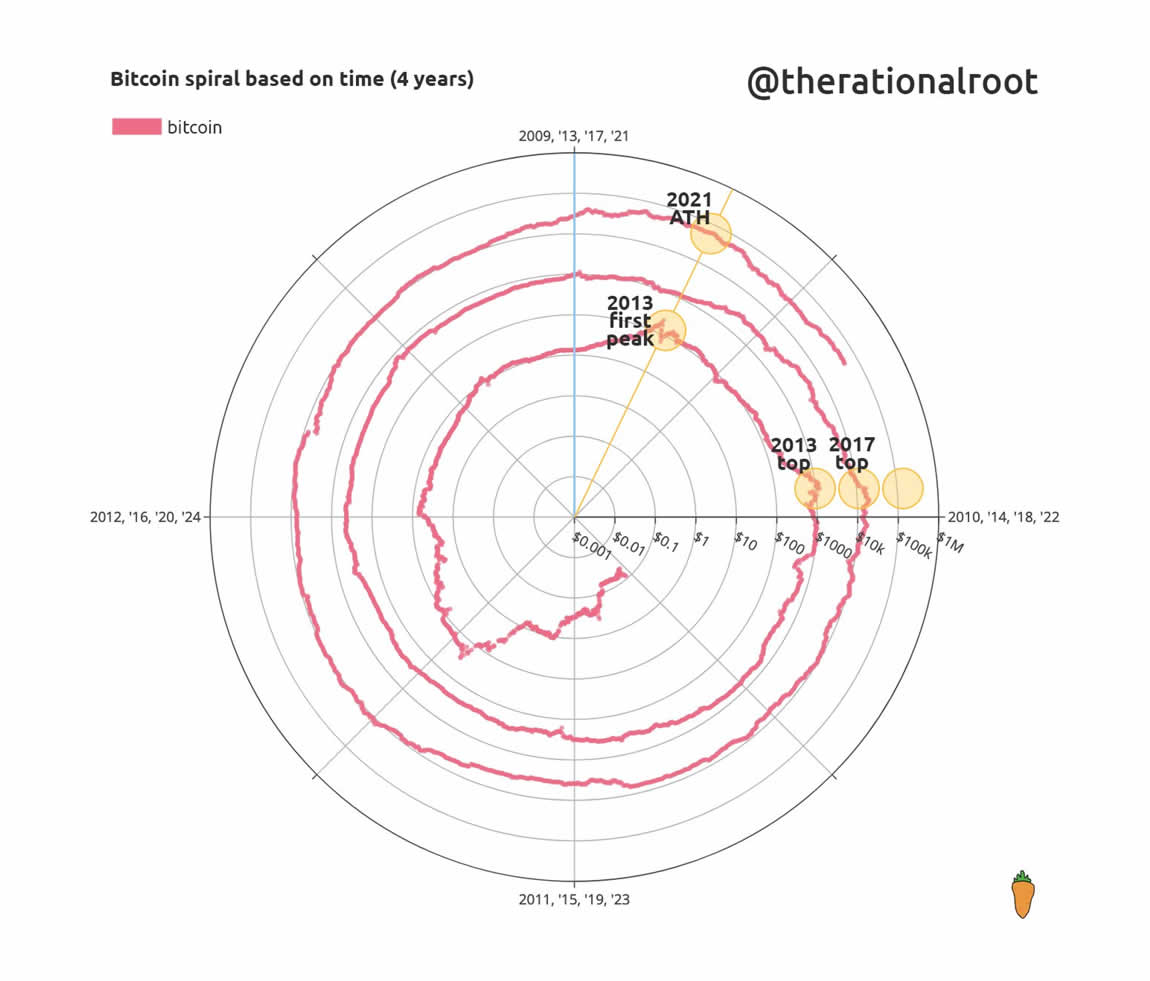 Raoul Pal and others from the hedge fund trading world, see Bitcoin reaching $300K plus due to metcalfe’s law.  This could happen.  We don’t want to predict that.  Just ladder out at the top in percentages, not all at once.  We are not suggesting anyone sell their Bitcoin.  It depends on where you are in life.  An older person may be much more motivated to collect profits than a millennial would be, or a zoomer.  Just not all at once, we don’t recommend that.  We are NOT financial advisors.  We offer solutions, financial advisors do not offer.
“Bitcoin is getting investors scarcity, decentralization, and security during a decade of rampant money supply inflation, totalitarian central control, and security hacks!”