Bitcoin Pump Has Been Microscopic, This Is Just The Beginning!

This chart below shows us how early into the second leg of the bull market Bitcoin is right now: 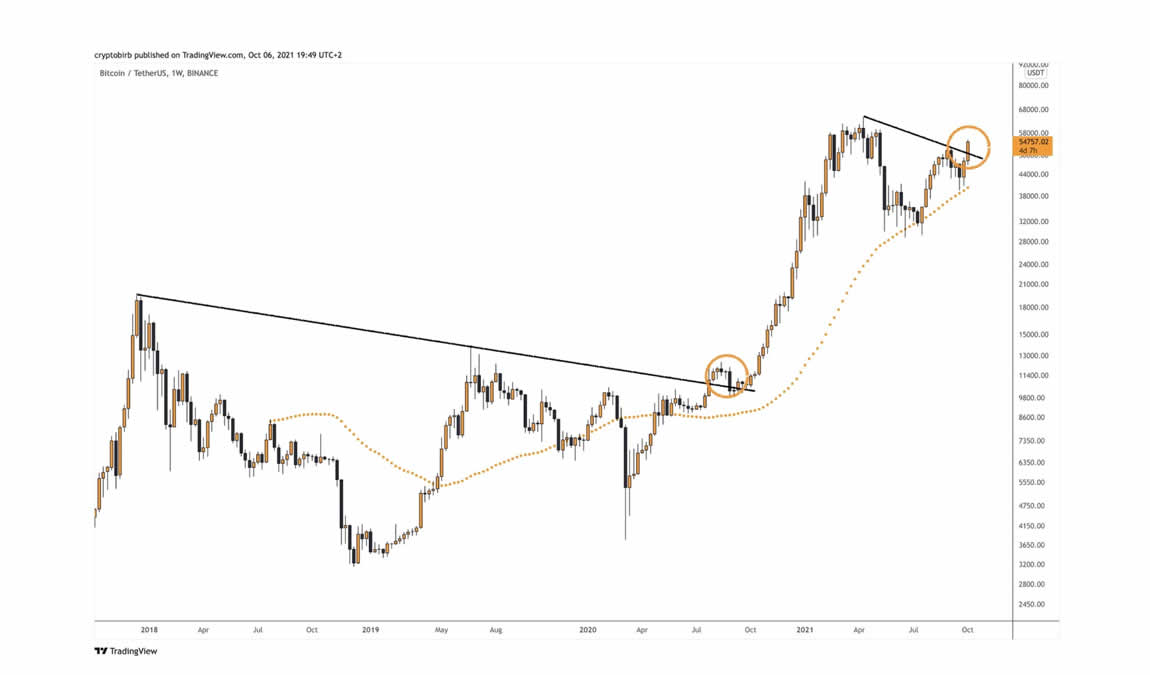 There are massive buys coming in Bitcoin as the FOMO kicks in.  Fear of missing out.  This next chart shows how the supply shock creates the rhythm of four year cycles.  Albeit the halvings every four years are not on this chart.  18 – 24 months after every halving the supply of Bitcoin cannot keep up with demand.  Then, the network effect kicks in.  FOMO creates demand, which creates a price rise, which creates FOMO, which creates demand.  This bull market cycle the double top is in play, just like in 2013.  If the second leg mimics 2013, a 16X from the mid cycle low of $29K would create a second top of $464K.  An 8X run up would create a second top of $232K.  We can see that second scenario or better playing out.  Again, we do not believe in the super cycle theory because we believe in the supply demand playing out as it has in every cycle.  There is too much evidence of the network effect creating a bull market followed by a bear market with continual higher lows, and higher highs.  A super cycle means there is no bear market and Bitcoin stays at these levels.  We do not see that playing out right now.  Our theory is the rhythm continues, the cycles get longer, which shortens the bear market, but does not eliminate it, until Bitcoin gets closer to full maturity.  See the chart below: 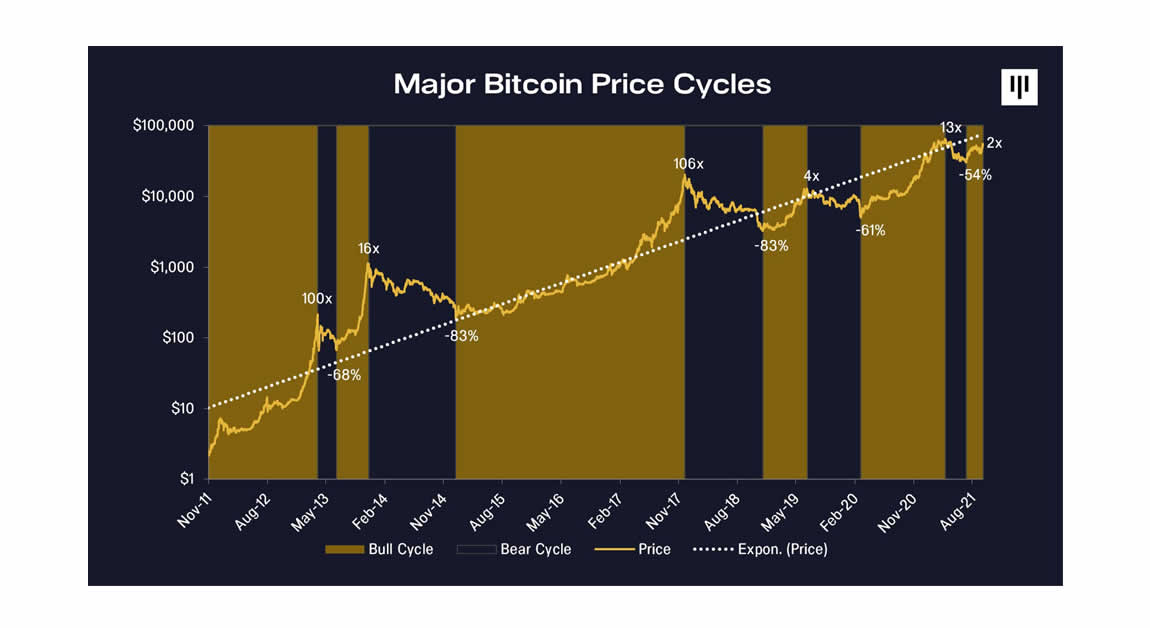 As long as we see evidence of the network effect in the 4th quarter 2021.  Neutral ATM believes we WILL eventually see a bear market in 2022.  Probably 2nd Qtr and on.  One big reason for markets going up and down in Bitcoin.  Is the miners.  They have to capitulate and sell at some point.  In order to pay the utility bill to run the miners.  We see that being early 2022, but until indicators like the below chart change.  On chain analytics will continue showing old coins not selling while the price continues rising.  In this chart, we seen futures open interest droping, while the price is going parabolic.  That means $billions are waiting on the sidelines to invest in Bitcoin as more FOMO and the network effect kicks in.  Much of it is in Tether right now.  That’s a crypto tied to the USD.  Once that moves into Bitcoin, another leg up will ensue.  Likely, that is when the $87K level will be touched.  Here is the chart below: 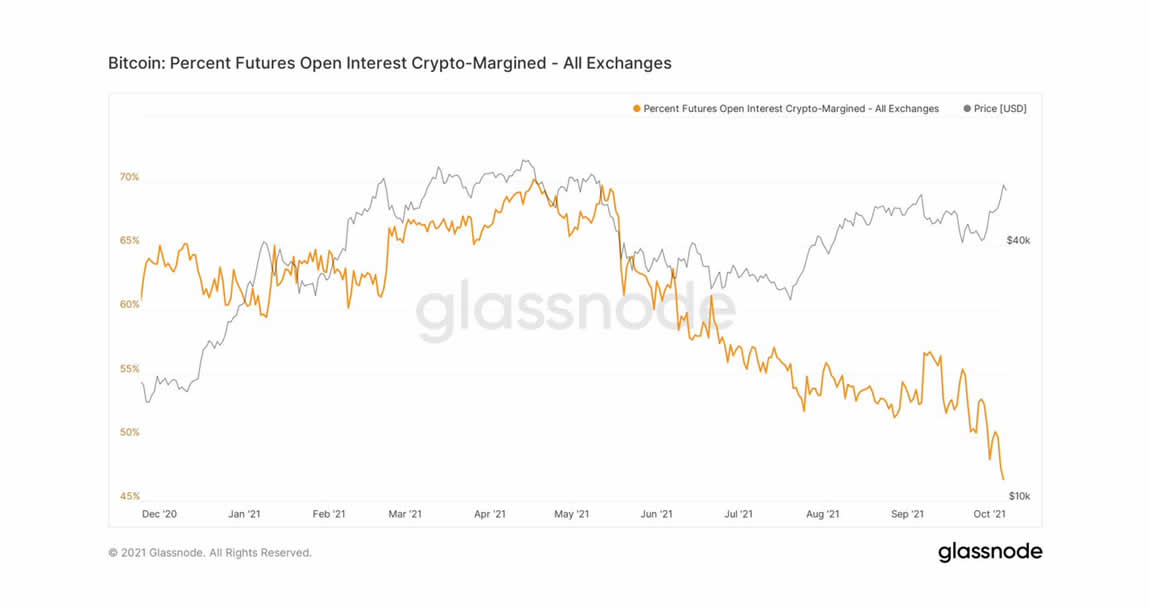 All of the next factors discussed in this blog will impact the $billions waiting on the sidelines to further invest in Bitcoin.  Keep that in mind!  The hash rate recovery of the Bitcoin miners is now going parabolic as this total hash rate chart shows.  Miners are rushing to get equipment online now that the second leg of the bull run is beginning.  The hash rate recovery will speed up now, pouring gasoline onto this fire: 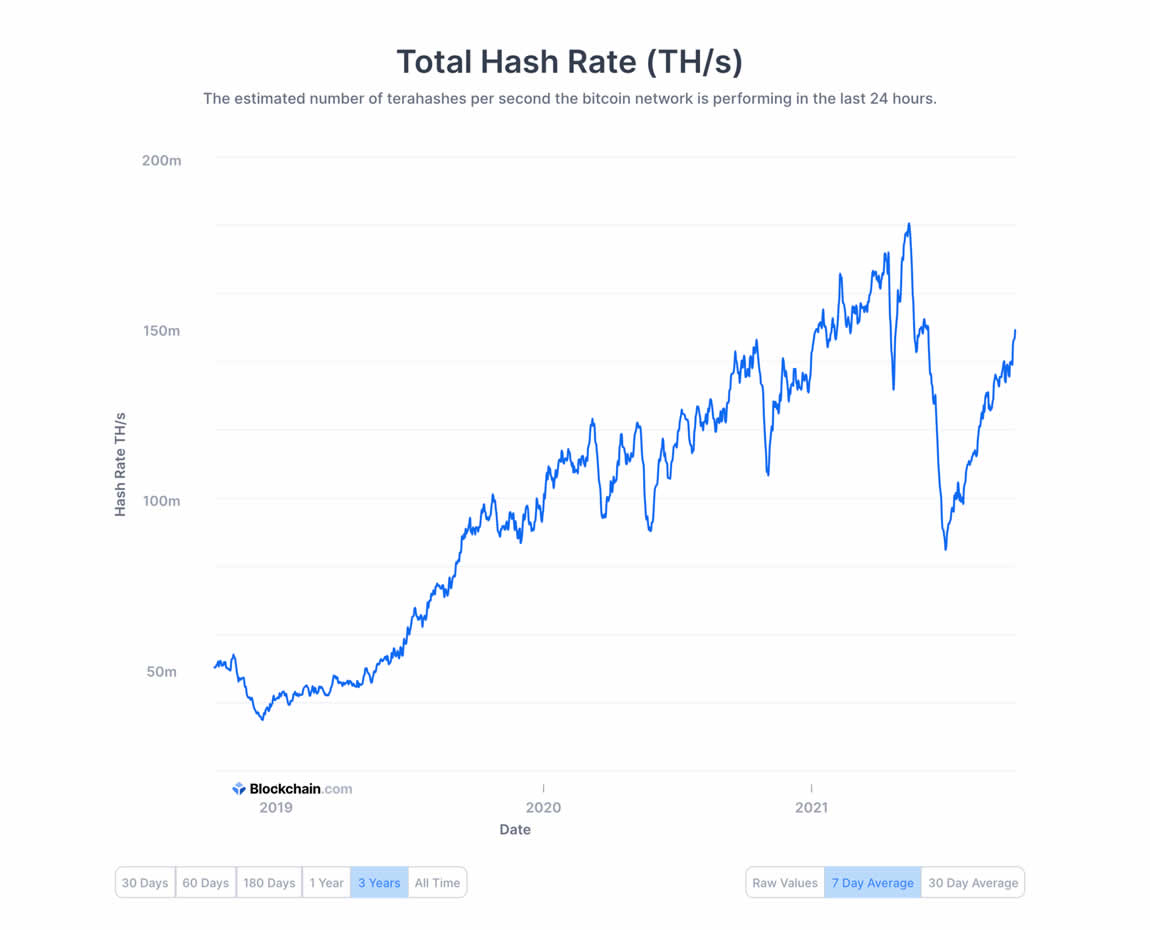 Then, add the dozen plus countries at least considering voting to make Bitcoin a legal tender.  If Mexico did this, all of Latin America would fall in line behind them.  See the chart below: 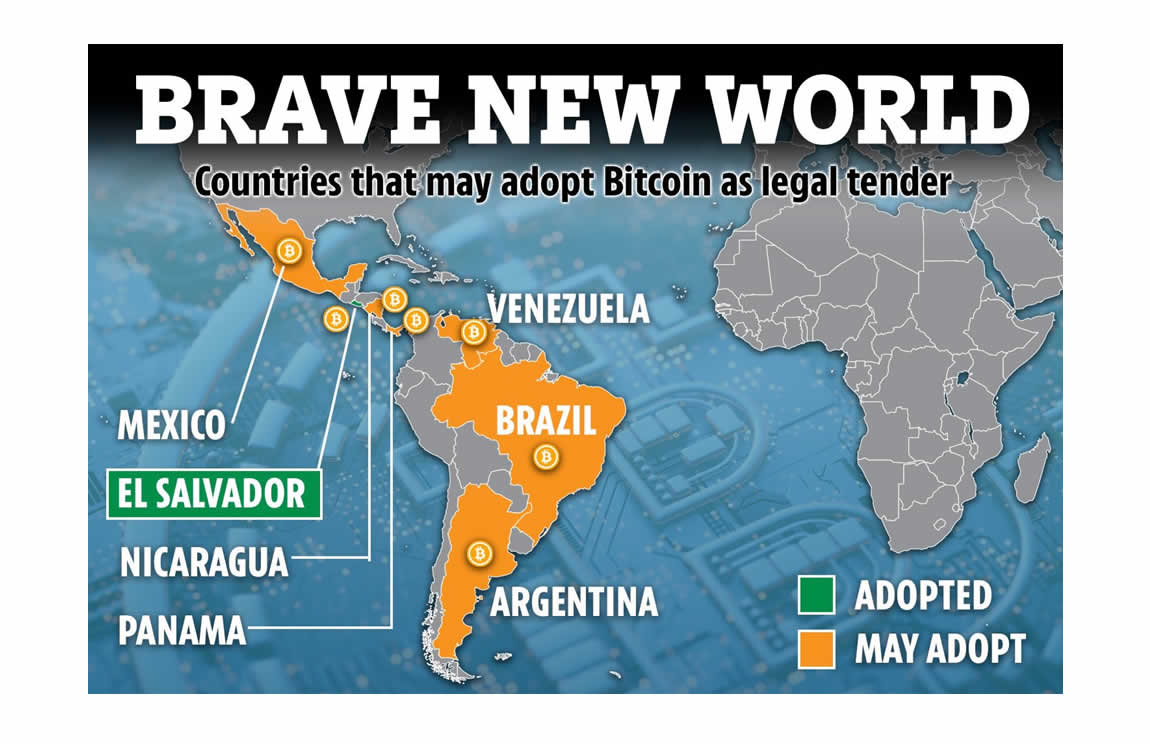 Paraguay, Uraguay, Laos, and Ukraine are also considering this vote as well.

The biggest news looming which would really kick off FOMO and the Bitcoin Network Effect, is the Bitcoin Futures ETF approval by the SEC, view on Twitter.

An ETF would allow massive investment from hedge funds, institutional investors, and would bring real legitimacy to Bitcoin in the financial world.  2:1 odds were predicted in the above article for a Bitcoin futures ETF by mid to late October.  Watch what that does to Bitcoin pricing!  This FOMO will not last forever.  The 4th quarter will be fun from that perspective.  Yet there are some very serious issues looming over every global economy.  We don’t want to be all doom and gloom.  We see reforms coming, justice winning over corruption, and over time the global economies getting healthy again.  How long will this take and what measures will have to be deployed to do that?  We’ll see how it all plays out.  We are confident, that in the end.  Bitcoin will be a major player in the global reserve currency discussion.  It does’nt have to be reserve currency to succeed anyway.  Bitcoin has already won, the truth is just now getting out about that.