Bitcoin has been in a descending triangle but there is a ragid looking W or a double bottom printing just below $30K. The first bottom printed last week and the second would be there if Bitcoin drops to $30K or slightly below in the next few days.  If that ends up happening look for a break out.  See this netdania chart for the actual pattern, zoom out some after clicking on it, click here to view.

Appears this could take a few days to play out possibly Friday or Monday next week.  If the triangle keeps going out further it appears Bitcon could break down towards the 20 WMA (weekly moving average).  Right now that is $20,431.  Either scenario could play out.  So to Neutral ATM look at the big picture.  Bitcoin is consolidating, re-accumulating, getting ready for the next leg up.  In September Bitcoin consolidated most of that month with several touches of the 20 WMA.  Then, in early October it broke out until early January.  We see a similar pattern.  If this double bottom gets too ragid, it won’t be a strong breakout and Bitcoin will keep going sideways into early February.  That seems somewhat likely.  50/50 perhaps.  All we can do is watch and wait.  Here is Willie Woo with prediction patterns from the recent past:

Here is more from Willie Woo (@woonomics) with a zoomed out prediction chart.  Willie sees over $200K when this bull run finally runs out of steam.  Here is that chart: 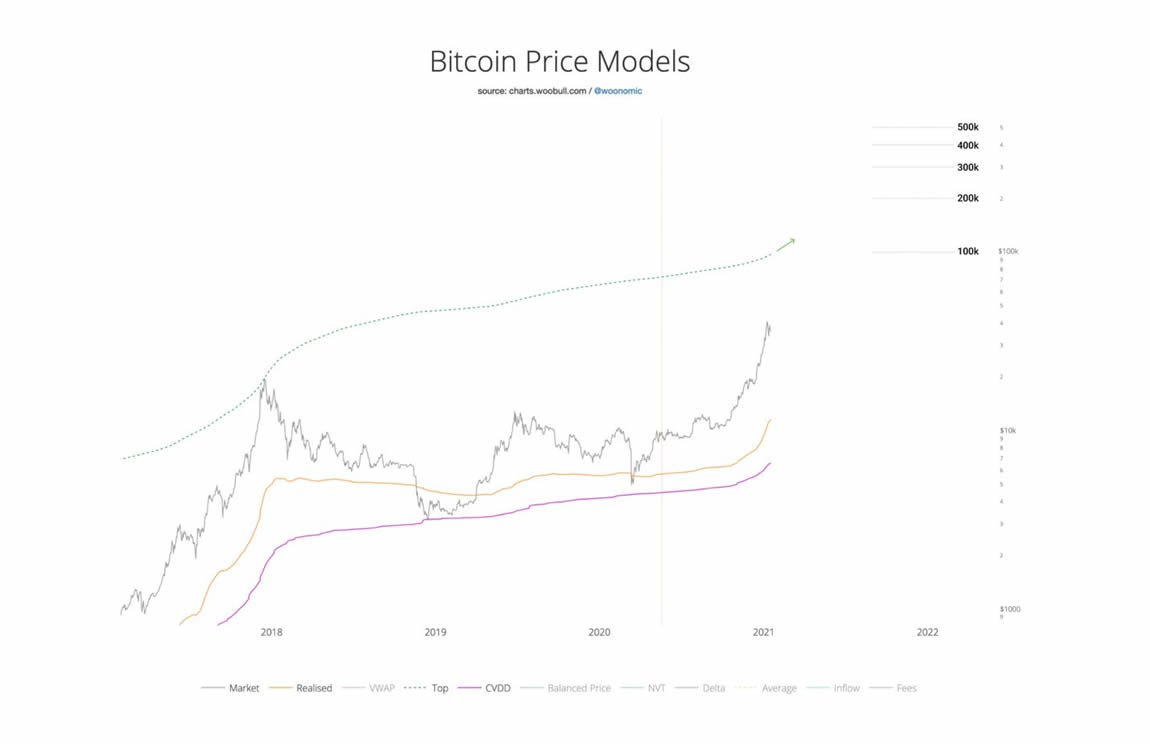 We have shown you the adoption S curve recently for Bitcoin, the stock to flow model proving the supply shock after each halving can take at least 18 months to play out.  We cannot tell right now how far out this bull run will go before it hits the top.  We have mentioned the fear and greed index and the % supply in profit, which are great indicators when we approach a top.  Another great one and perhaps the best indicator, is when the 200 day WMA and the 325 day WMA cross.  In 2017, when that cross actually happened the Bitcoin top appeared a few days later.  Those two WMA are getting closer together.  We will advise when they cross, but as the above chart shows, as the green dotted line goes up, all the moving averages go up with it.  This prevents the cross from happening soon.  Neutral ATM really expects once Bitcoin breaks out of this descending triangle pattern it is in, and forms a new pattern, then breaks out of that.  We don’t know when.  It will start turning parabolic.  This has not begun yet.  Bitcoin has a long way to go.  It is in choppy waters now, but in February or maybe longer, it will start turning up again as it does in every bull run.

Here is the SPX still looking to break down out of its bearish divergence: 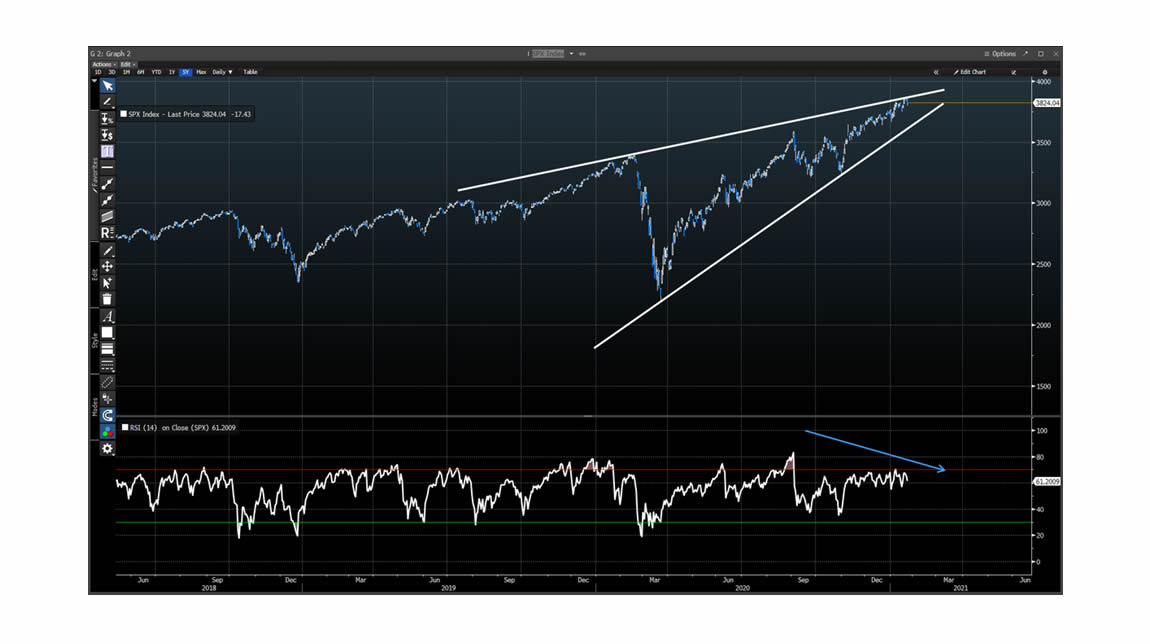 There is still time to buy up Bitcoin at these low prices!  We think the floor is being set now, and we won’t go below this level again in the future.  Bitcoin has to test the 20 WMA on the way up in this bull run.  That is only healthy or the top will form early.  It is to be expected.