The Bitcoin ETF’s are being allowed to trade, starting on Monday per the SEC.  Unless, some unknown objection comes out before Monday.

ProShares, Invesco, VanEck, Valkyrie, and Galaxy are the ETF’s being approved, click here to read more.

Bitcoin obliterated $60K and will look for a very green week, next week.  This has been a long time coming.  The first application for an ETF was back in 2013.  After 8 years, it is about to become a reality.  Institutional investors will be able to invest in Bitcoin like a stock on their portfolio, starting Monday.  This could add manipulation into the market which is bad long term.  For the short term the bullish outlook for Bitcoin has never been better.  Then consider the global macro environment and Bitcoin is poised to be the highest returning asset in the world again in 2021.  Ethereum is approaching $4K and Bitcoin has passed $60K!  Years of HODLing is finally paying off.  Surviving the 54% market correction from late April to August, the patience and perserverance to push through in faith, that the supply demand squeeze would happen.  It’s all paying off now!

Below is a chart showing the point at which Bitcoin began pushing through resistance: 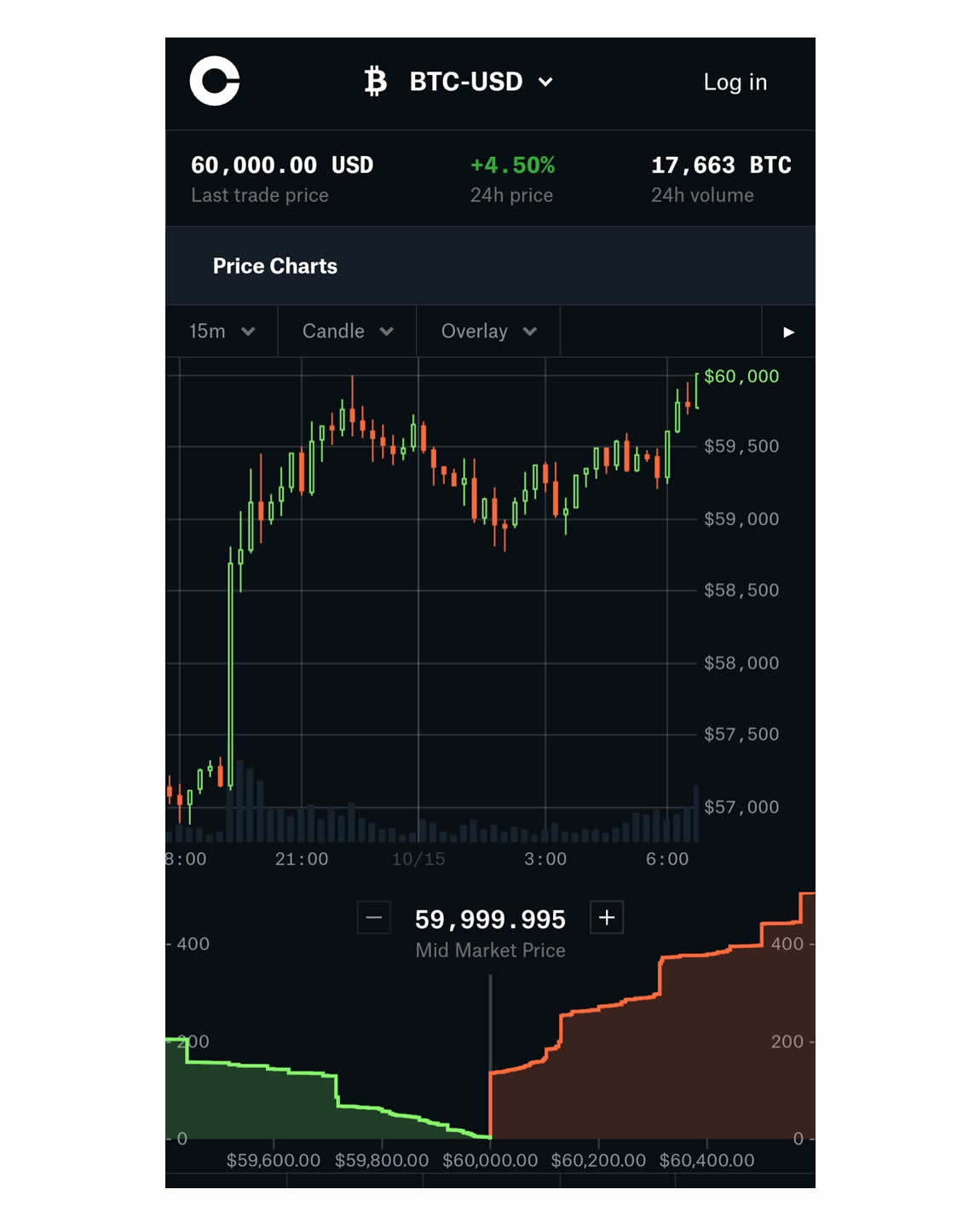 Many have speculated, correctly, that an ETF approval would really kick off the FOMO, and the second leg of the bull market.  We believed in this when Bitcoin was at $29K!  Now it’s here.

Consider that 5 ETF funds are set to go live on Monday sometime, offering Bitcoin to institutional investors for the first time ever.  This will bring in the trojan horse of wall street manipulation which, eventually, will smooth out the adoption curve.  However, that will take years to play out, just like it did for the internet.  Until then, Bitcoin has major upside!  Remember, Bitcoin is the ONLY crypto currency truly decentralized from central bank control.  Miners are global, except for China.  The US now has majority control of all Bitcoin mining.  Node operators, like Neutral ATM are being run in people’s homes.  There is no way to centralize Bitcoin.  Every minor and every node would have to be controlled, globally.  No central authority can do that.  This asset plus the hard cap at 21 million coins, will bring about financial revolution!

As long as the SEC, and any other objections, stay out of the way, this asset will go mainstream.  It gives institutional investors a way to hedge inflation.  Inflation is not transitory, it is persistant and getting much worse.  If the $3.5 trillion stimulus package goes through, then the $1.3 trillion infrastructure package in addition.  The US could even see hyperinflation at some point further down the road.  Nothing is off the table.  Although this is a positive development and Bitcoin is looking better than ever.  The global macro outlook has never been worse for America, and the world!  All we can do is hope the supply chain and reliance on foreign countries to supply the US is fixed by promoting US based manufacturing and energy exploration.  Then, the trend towards hyperinflation can be nipped in the bud.  Otherwise, the US economy is steaming full speed ahead off a cliff.  This includes the stock market.  For the SEC, by staying out of the way, allowing 5 ETF funds to begin for Bitcoin.  They are allowing investors to hedge this inflation and decentralize.  We all need protection from this “great reset”!  Hedge your investments!  Protect what you have worked for!

This next chart is rather optimistic, but the network effect is surprising.  FOMO, fear of missing out, has a contagious effect on investors.  It persists for months during the tail end of Bitcoin bull runs.  Remember, Bitcoin bull runs rhyme.  This one rhymes with the 2013 bull run like we have said 100’s of times since January or so.  Here is the chart: 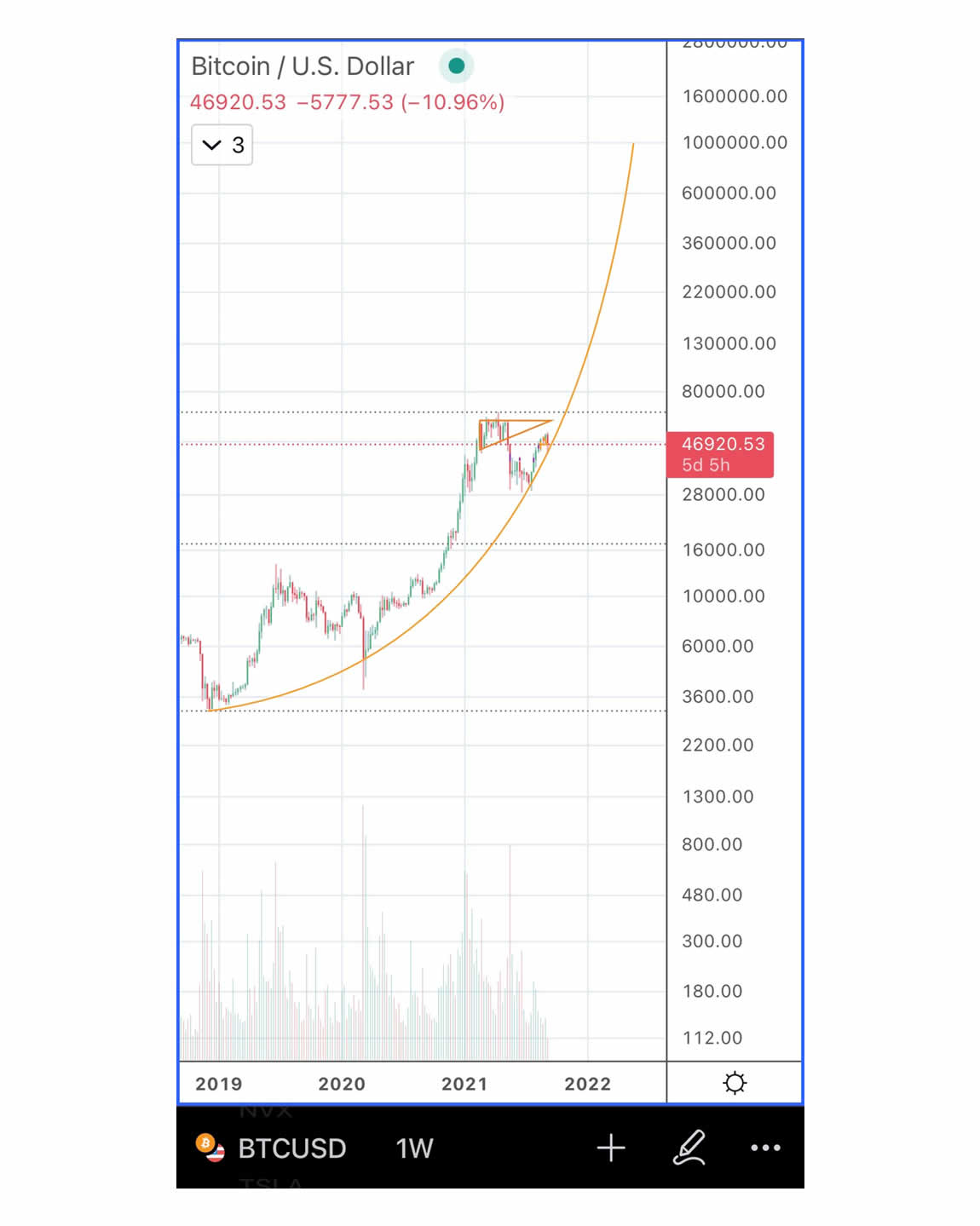 Protect your family!  HODL Bitcoin.  Remember, Trezor and Cold Card are the best, most secure wallets for offline storage.  Don’t leave Bitcoin on an exchange.  We have helped dozens of customers get offline wallets set up for their Bitcoin they buy from Neutral ATM!