We have to check in with the stock to flow model from time to time.  It appears to be on track moreso than two weeks ago!  We still see the similarity to the 2013 double top bull run on this model.  $200K plus is still in play for Bitcoin in late 2021.  It may come in below or above that but, right now, it is still in play. 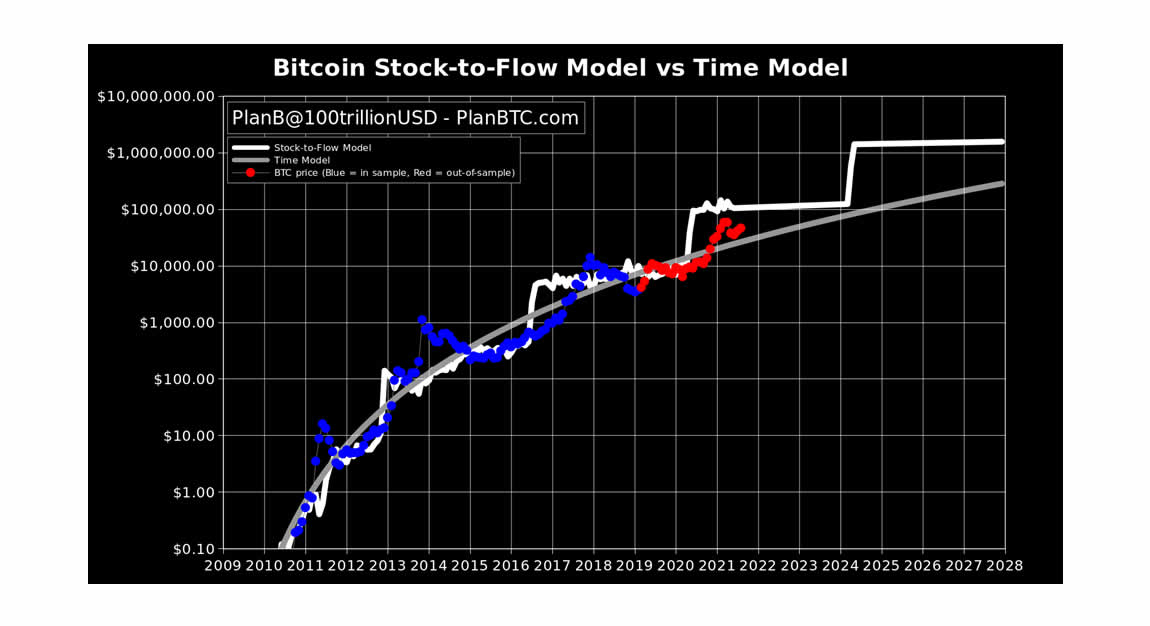 Note that the above model ratios the stock (supply) of Bitcoin to the release of new Bitcoins via the miner reward.  Every time the miner reward is cut in half and supply shock can be evident on the stock to flow chart.  Bitcoin is made of math.  Remember that.  Every block of Bitcoin is a mathematical algorithm.  When demand drops off for Bitcoin, after the supply shock inevitably wears off, stock to flow shows that as well.  So far it is incredibly accurate.  However, it is just a model.  It will have to be updated over the years.  Since the halving happens every 210,000 blocks.  There can be no manipulation, only math controls Bitcoin.  It is literally made of math!

This next chart is the Nasdaq (NDX) with the Volatility Index (VXN) charted below.  Since the NDX and the SPX have been manipulated by stock buy backs to juice the stock price, appreciate board member compensation.  There is no motivation for the manipulation of broad markets to end.  The manipulation starts with the Fed printing USD, buying treasury notes, turning them in to bank reserves to be loaned out.  The loans go to corporations, who buy back their own stock.  It is a vicious cycle which keeps growing.  Reverse Repo’s are another vicious cycle that motivated the Fed to keep printing.  Commercial banks need liquidity because there are not enough loans going out and therefore, liquidity is low.  So the FED buys treasuries creates bank reserves, which means liquidity for the bank to keep going.  The banking system and the stock markets are being propped up by the FED.  NOT SUSTAINABLE!  This chart demonstrates that: 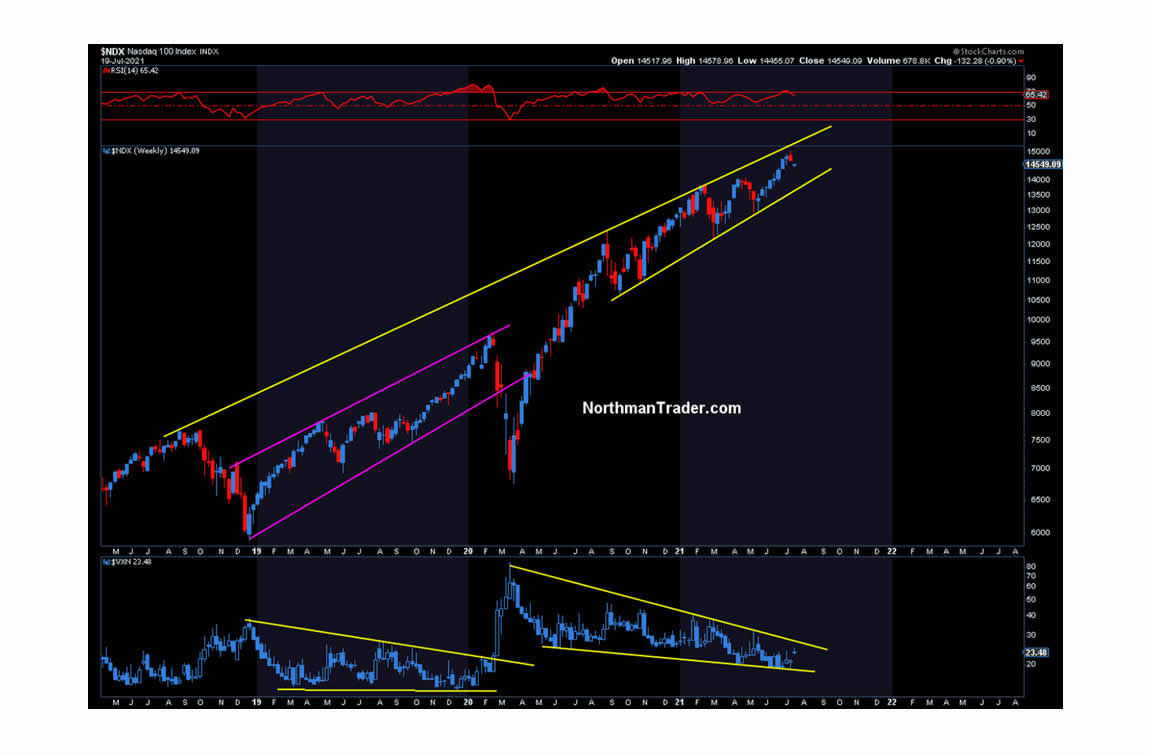 The can can only be kicked down the road for so long.  Sven Hendrick of Northman Trader predicts a 2008 like crash this fall.  We agree!

Yet, how does any of this make Bitcoin moral?  Well, if Bitcoin is made of math, and it’s scarcity is programmed in via the miner reward halving every 210,000 blocks produced on the blockchain.  Then, Bitcoin is not being manipulated.  Sure there are institutional investors shorting and holding down the price before their customers can build up their positions.  Yet comparatively, Bitcoin is nowhere near as manipulated as stocks and bonds.  Below is a piece written by Tomer Strolight.  This gives credence to the morality of a truly decentralized, free market, hard money system like Bitcoin.  Money is traded for time, it is not taken.  The buyer and seller willingly trade it.  The purchasing power of Bitcoin cannot be inflated away to nothing like most fiat currencies eventually are:

Therefore, Bitcoin is a free market, without manipulation, free from government and central bank centralization.  This will be proven in the months after the $3.5 trillion infrastructure bill is passed!  Time will unfold and we believe, Bitcoin will withstand the test of time.  Stocks and bonds will crash, Bitcoin will remain.  We are not saying the price will not go down.  Just that longterm, it will be the best hedge against inflation and will remain un-manipulated.  It will remain mathematical, so that money can be traded between buyer and seller.  No one is stolen from.