After El Salvador had their September 7th “Bitcoin Day” and we saw Bitcoin dump over 11%.  Questions about why came up.  There was obvious shorting going on from big banks (JP Morgan, Goldman Sachs, many others).  Most of the drop came in the morning in less than an hour.  It’s happened before, this time, the short got to $43,220 and then was bought up to $47K and is now hanging around $46,100.  The below chart tracks the 1 year moving average, and shows that as long as Bitcoin stays above $40K, the bull run is not interrupted:

The red sections denote bear markets.  The small one in March 2020 is the one Neutral ATM bought up as fast as possible.  We have never sold since.  Bottom line, this flash crash was a response to the El Salvador “Bitcoin Day”, led by big banks.  PP Dik says it well, click here to view on twitter. 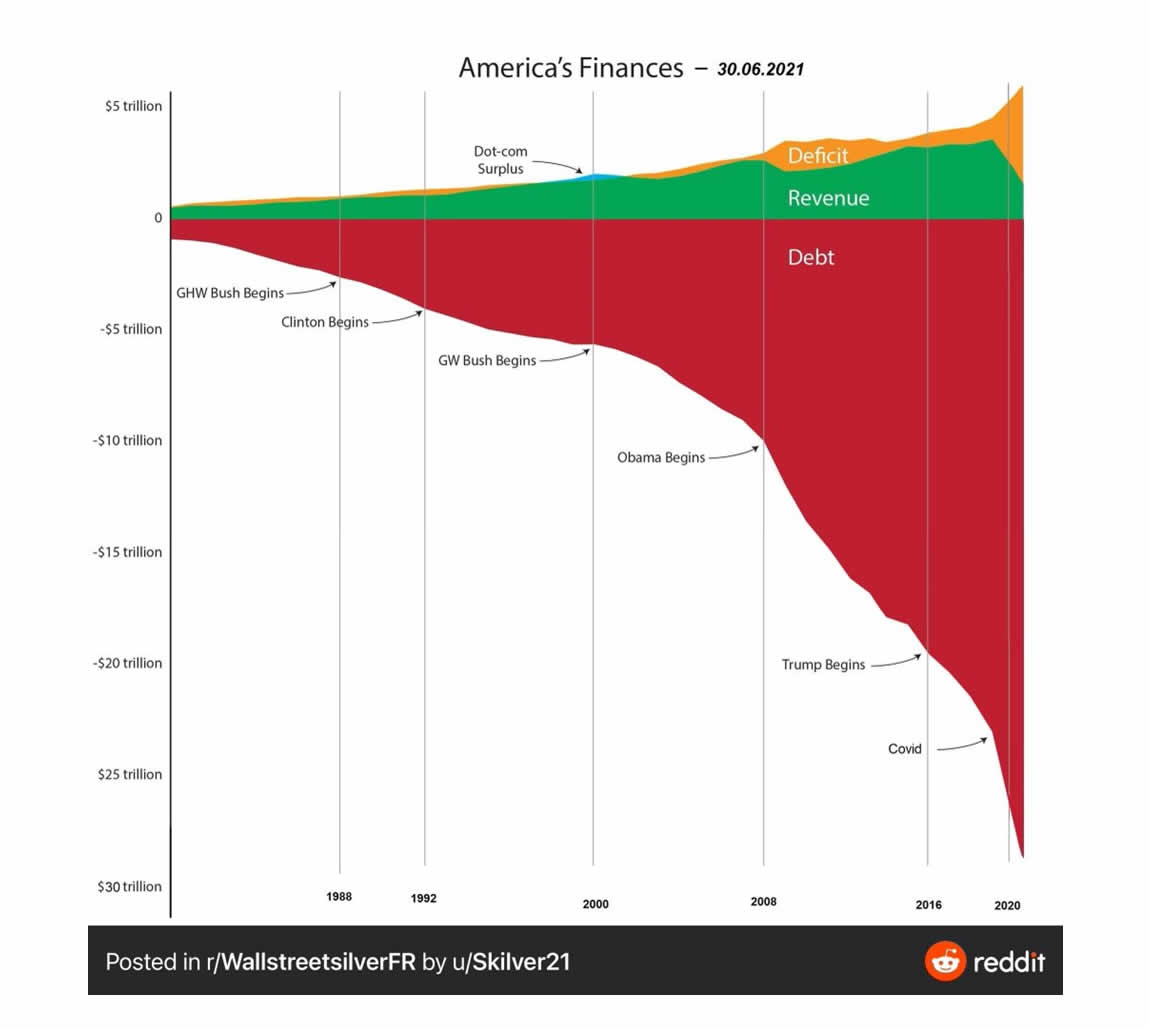 US Debt to GDP ratio is well over 130% now.  Worse than WWII.  We showed that chart yesterday. This is a fourth turning event.  That means this is on par with the 1776 revolution, civil war, and WWII.  In each instance in history, the US had a paradigm shift financially.  We shifted from Brittish controlled currency to US currency in 1776.  When the Brittish came for the colonials guns, the revolutionary war broke out.  The civil war was the end of one monetary system, President Lincoln tried to print “greenbacks” to fund the union war effort and was assassinated for it. Out of WWII came the Bretton Woods Act in 1944, which ushered in the Gold Standard.  The Gold Standard ended in 1971 without War, but the Vietnam war had a hand in that decision by President Nixon.   It appears, that by taking the US off the Gold Standard, Nixon allowed the central bank to kick the can down the road another 51 years, until 2021.  Now the Fed balance sheet is blowing up as the chart below shows.  $8.34Trilion is the size of the balance sheet now.  The end of a monetary system’s cycle, known as the fourth turning.  We are not saying this leads to war.  That is not our focus.  That used to be the case.  Now, however, it may just be an information and financial war.  See the chart below on the Fed balance sheet: 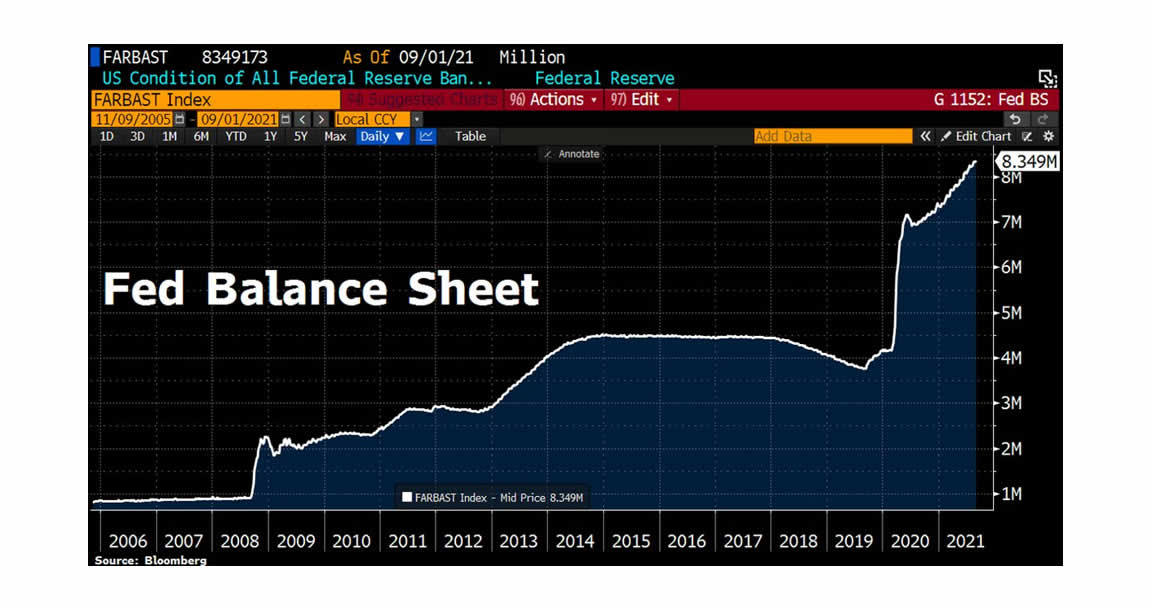 With reverse repo facilities trading between $850 million and $1 trillion per day this last couple of months.  There is no end in site to reverse repo.  It, moreso than high P/E ratios, could bring down the US economy.

The Fed balance sheet will continue to grow because bank reserves are traded, from the treasury general account (TGA), for bank reserves to loan out at commercial banks.  It brings liquidity to the commercial bank, the intent is get the liquidity (money) out into the economy.  Remember last week, we mentioned $864 million per hour is the global financial assets central banks are buying.  $780 million per hour are the tech stocks market cap increase!  That’s 90.2% of global financial assets ending up in tech stock buy back programs.  Reverse repo markets drain 20% of commercial banking liquidity.  This shrinks the broad money supply.  10 year US treasury yields go down as reverse repo facilities are going up!  Again, unsustainable.  The only option is creat more broad money supply to prime the pump, and keep up with reverse repo.  This is a major threat to the monetary system.  Central banks know this, hence the great reset.  The fourth turning is just another name for it.  Neutral ATM contends a decentralized, open ledger, digital currency, that is now legal tender in El Salvador is an answer to this global problem.  The lightening network makes it a better payment system.  Panama (also mentioned yesterday) is vying for approval to use Bitcoin and Ethereum for their payment system, in addition to fiat currency.  The wheels turn slow, but this is gaining momentum!  Buy this Bitcoin dip, it won’t be here for long!