Today since it is still the new year, we will focus on the key performance indicators for Bitcoin.  Bitcoin is so important for people to grasp.  Yesterday, we discussed how the CPI is fake inflation, and the chapwood index is real inflation.  Today, the high level key performance indicators.  To start, we should zoom out like anyone who invests in Bitcoin should.  This chart goes back to 2010 and shows Bitcoin volatility, but for those who can ride out volatility, amazing growth.  To us, Bitcoin is about weathering retracements, pullbacks, noise, and looking long term.  Zooming out, looking at the big picture: 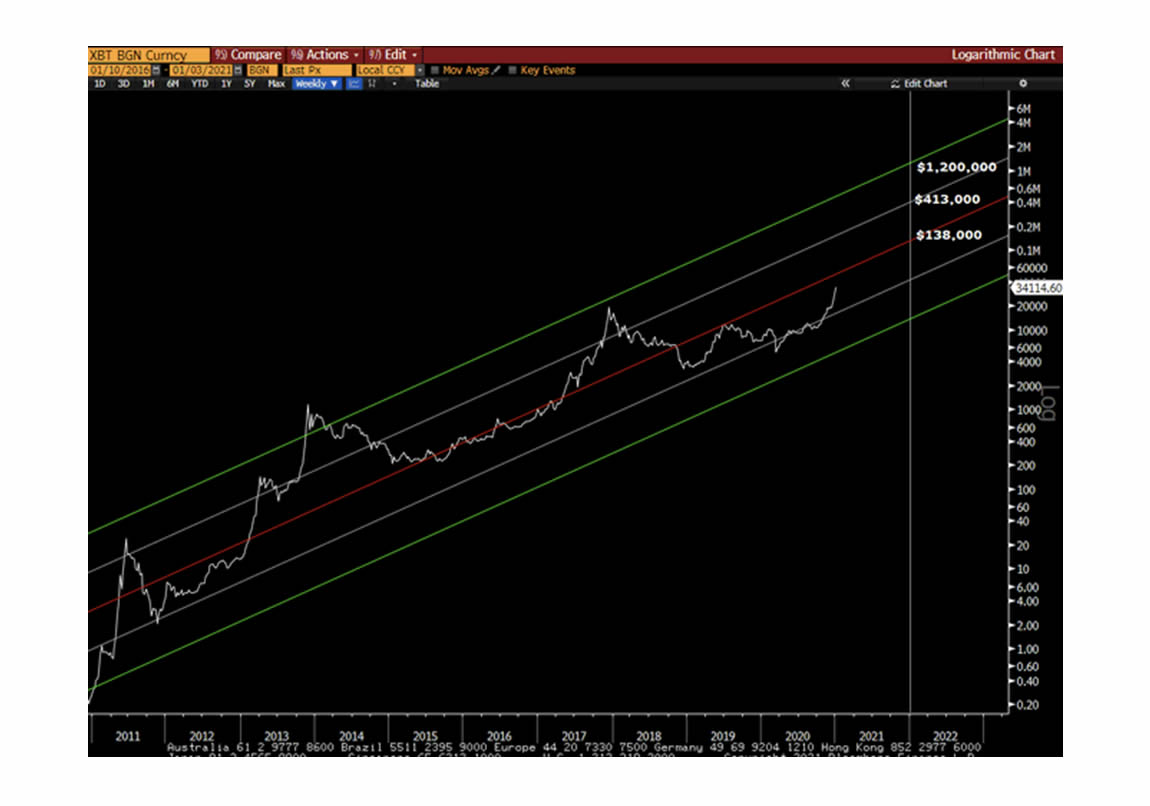 The following chart details all major assets from USD in cash to Bitcoin.  Every asset is covered and Bitcoin leads in terms of return on investment since 2010!  No asset touches the returns of Bitcoin.  Combine that with fake inflation numbers out of the consumer price index (CPI), and Americans can get ahead of inflation with Bitcoin.  Zoom out, ignore the fear and misinformatioin about the volatility of Bitcoin and register with these charts.  If you believe inflation is higher than CPI reports, then an asset like Bitcoin can help you get ahead, way ahead of  inflation.  Understand, that this inflation will continue to worsen as this progresses.  Bitcoin is humanitarian.  It is life changing.  It forces a more disciplined approach to investing.  It requires knowledge and understanding.  I challenge you to learn about Bitcoin!  Here is the chart of all investment assets since 2010:

Anthony Scaramuchi CEO of Skybridge Capital has embraced Bitcoin and reminds us of the following regarding the USD: