Since the Bank of England announced they were buying back their own bonds (Quantitative Easing) and printing the money to do so, amidst double digit inflation.  The 2 year bond yields in the UK have gone parabolic.  See this chart below to see the meteoric rise of UK 2 year bond yields:

Bond markets are supposed to be slow and steady.  Low yields and very low volatility.  This much volatility in a countries bond market, is a serious concern for a currency collapse.  The next chart below is the UK 30 year bond yield.  It is down to -1%: 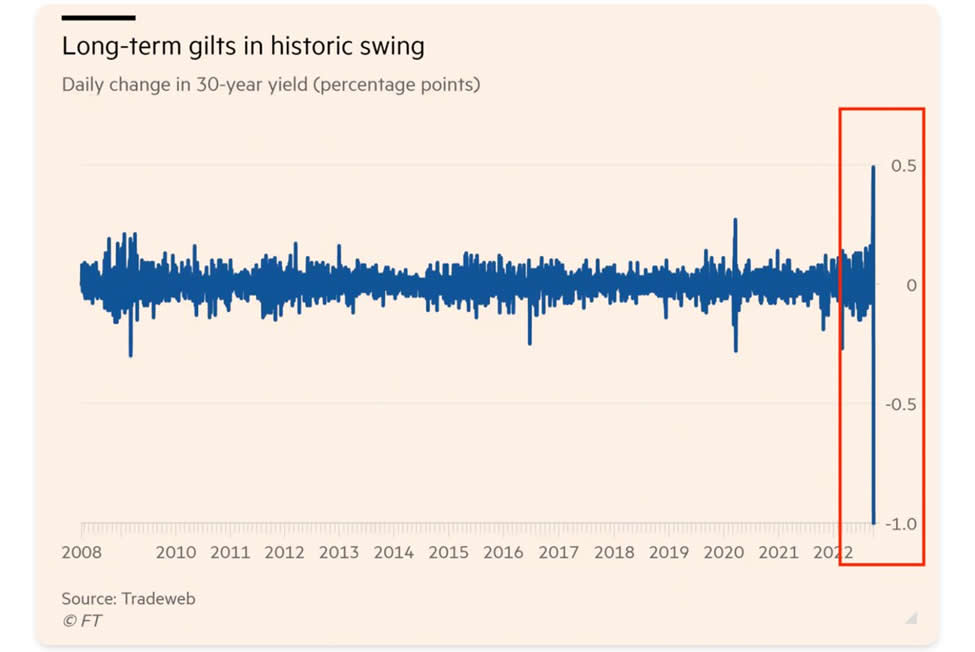 The UK has to print their way out of this.  They have no other choice.  Hyperinflation!!!

Now look at the S&P 500 in the US.  Will it break through this decades long trend line?  We say yes it will!:

“Bitcoin will be legal tender. It is not opinion”, says Mexican Senator Indira Kempis

If Mexico makes Bitcoin legal tender after Russia and Iran started using it for international settlements in 2022.  That could be the catalyst for establishing a global adoption campaign for multiple countries with weak currencies.  The Euro will collapse, eventually.  What will those countries do with Bitcoin?
What about India, and all the Latin American and African countries with weak currencies?  They all have to capitulate because once G7 countries currencies start collapsing, there will be a global rush to hard money!  In 2021 we were announcing a few countries either making Bitcoin legal tender, or coming close to it.  In 2022, we are announcing major countries currencies showing signs of hyperinflation and collapse. 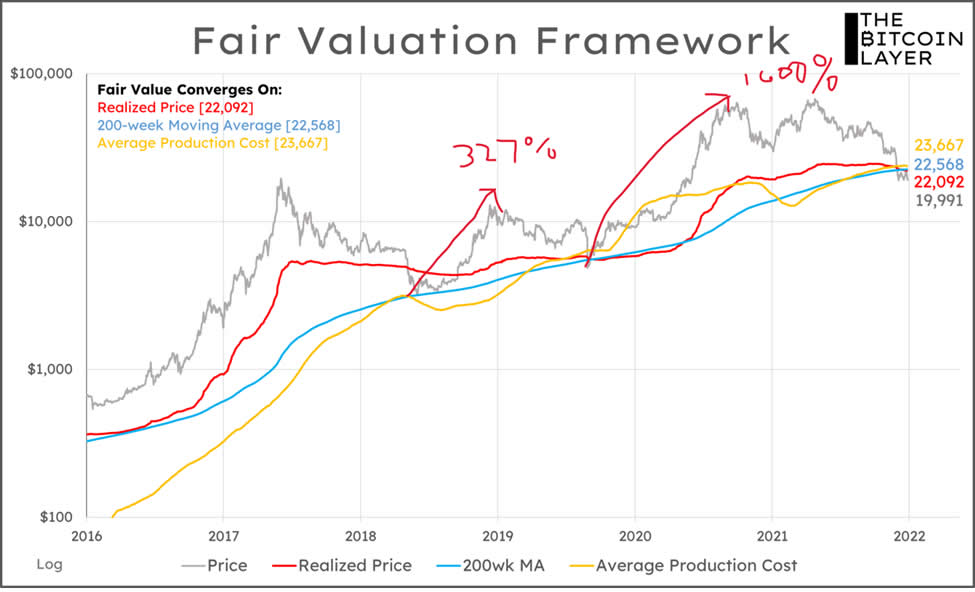 This chart above tells us Bitcoin has no more room to drop down below the 200 week moving average and the production cost average.  It can around stay here a while longer, or it can move up.  Those are the options.

4 straight months of holding the $19.5K support level, and now the NVT HV chart is turning red!  Clear support that Bitcoin is beginning to show signs of life at the bottom of this bear market!  It may take another month or two, but at some point, the price action will react to these changes.  A support structure for Bitcoin is building and building as G7 nation states are showing serious signs of financial stress in their bond markets.  That spells a rush to safe haven assets like Bitcoin, Silver, and Gold.  Land is on the list, but we still see a real estate dip, not so much a crash, as we see for the stock market.  Thus, land prices could still drop a little more.  We are not financial advisors and this is not financial advise.  Bitcoin is scarce, digital, secure, decentralized (outside of central bank control) and fungible.  Invest in that, in light of the fact that bond markets are fracturing, and the UK (5th largest economy in the world) is hyperinflating it’s currency out of necessity.  The US is not that far behind the UK!  The lifeboat is Bitcoin,n and it is waiting!