Bitcoin Is Trending, But People Really Need To See The Underlying Value!

Regardless of whether Elon Musk now says Tesla will begin accepting Bitcoin as payment for Tesla EV’s again.  Whether El Salvador is the first of many small countries voting to declare Bitcoin a legal tender.  That Paul Tudor Jones recently added 2.5 Times more Bitcoin to his investors portfolios.  Now at 5%, and it will very likely go up from there significantly.  Tudor Investments has $20 Billion in AUM.  Regardless of whether Bitcoin is printing bull flags like this again:

If your just in Bitcoin for the gains and for the money.  You truly don’t understand it yet.  Before we talk about the virtues of Bitcoin for mankind, it had SOPR bullish divergence in the charts last week.  That, along with the prolonged period of longterm holders, holding Bitcoin and buying up more, as shortterm holders sold it, is the reason Bitcoin is above $40K again.  Here is the SOPR chart showing bullish divergence: 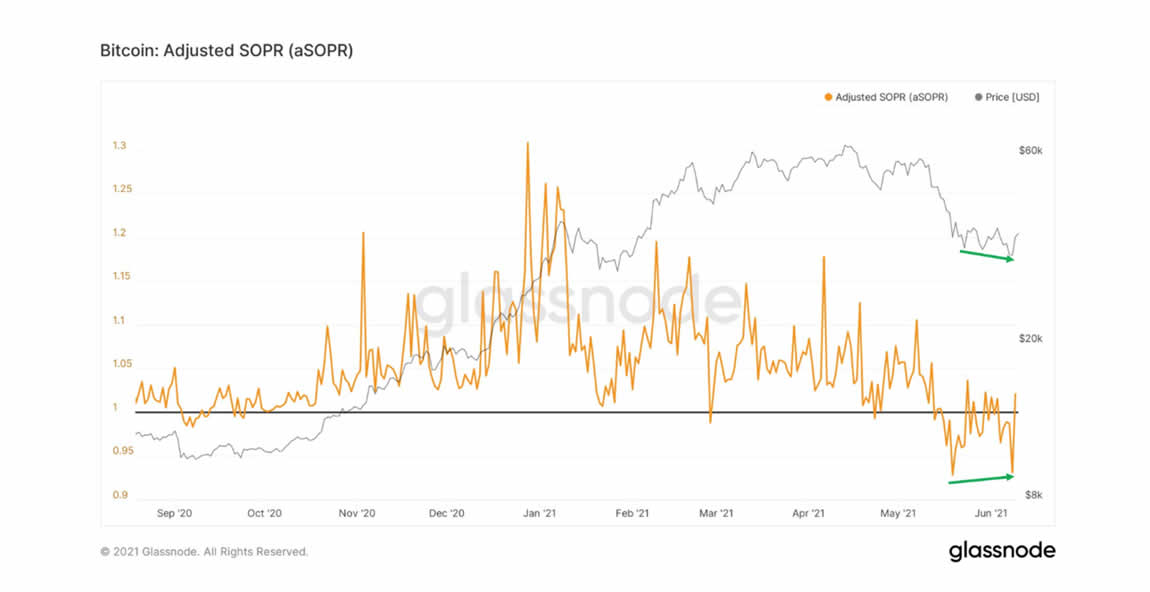 So the question is, what gives Bitcoin virtues that make it a beacon of freedom and hope for mankind?  The central banks of the world printing currency as they have been really since 2009 is one reason.  The corona virus response which has been quantitative easing 24/7/365, in addition to multiple stimulus packages.  The US now has over $8 trillion USD in circulation on the Fed balance sheet.  CPI inflation is now at a 13 year high over 5%.  Real inflation is over 12% to 14%.  Here is the CPI chart below, for reference: 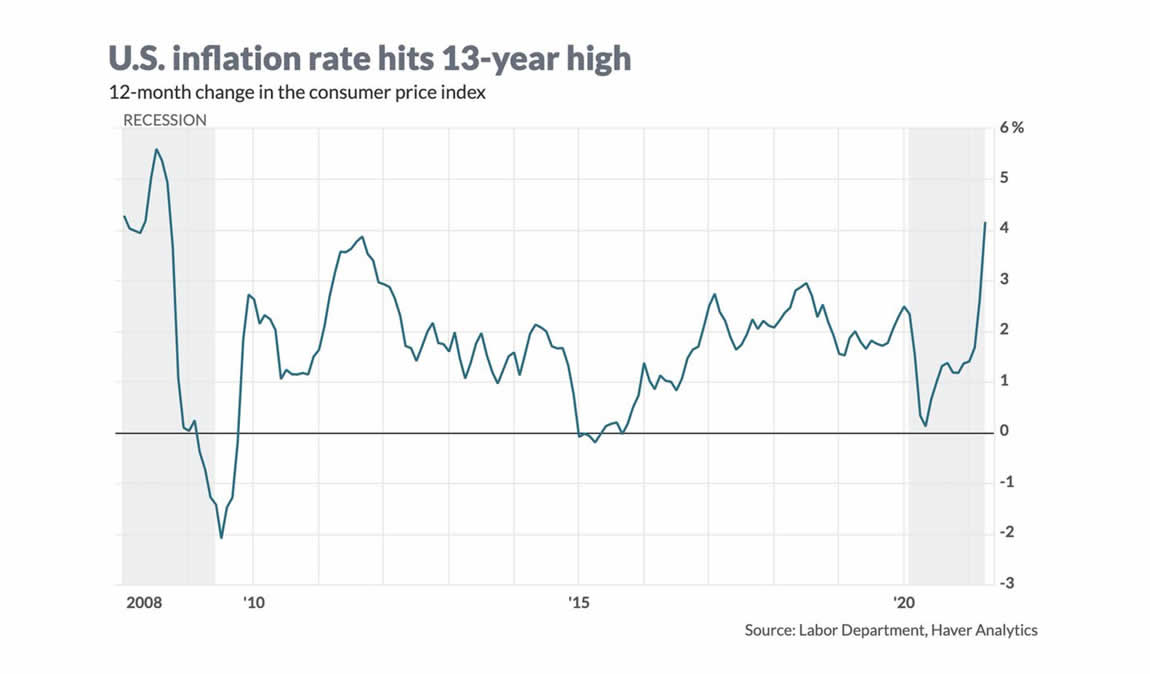 Considering the corona virus response.  Central banks worldwide, have now created the highest inflation rates since the early 1980’s.  Recall that we have written before about how the CPI ratio’s back to 1982-1984 inflation rates in it’s calculation.  Back then the US had record inflation, and soon the CPI will reach those levels again.  Yet, unlike 1982, interest rates have stayed low.  The reason is the bank reserves the Fed creates, when it buys back treasury notes, are mostly used for stock buy backs at fortune 500 companies.  Keeping asset prices high incentivizes the Fed to print more currency instead of letting interest rates float.  It is called controlling the yield curve.  This is what has kept stock prices and real estate values sky high since 2001 really.  The downside is, it creates wealth inequality for the poorer people of the world, that do not own real estate or stocks.  Everyone needs to own Bitcoin so that their savings are decentralized from central bank controls.  Stocks are being bought back, which pumps the stock price, and only benefits the executives, board members, and shareholders.  Many stocks are pumped, stock options executed, and then the stock dumped on the middle class investors who had it in their portfolio.  Bitcoin gets manipulated to some extent, but the Fed is not the reason.  Whales who own over 1,000 Bitcoin may manipulate, but educated investors can work around that.  It’s not hard to spot, Bitcoin has great resources to keep investors well educated.  Holding long term prevents costly mistakes selling into a dump, or FOMOing into a market top.

Basically, Bitcoin is the ultimate hedge anyone can play against out of control money printing going on worldwide.  Bitcoin is getting so good at this, because 200 million people now own it.  There are more miners and nodes running now, which gives Bitcoin more sovereignty and decentralization from central banks.  Just holding it and dollar cost averaging will bring incredible gains without much manipulation.  Businesses keeping cash reserves in Bitcoin brings about great opportunities for added growth.  Bitcoin cannot be confiscated.  Even the dark web ransomware perpetrators on Colonial Pipeline, put the Bitcoin on a public exchange after stealing $5 million dollars from them.  Obviously, the FBI could collect on that.  Due to KYC laws, every exchange must provide the private keys to authorities in that circumstance.  KYC laws protect everyone from money laundering, and criminal activities using Bitcoin.  So, don’t commit crimes like that, and your Bitcoin will not be confiscatable.  Bitcoin fits on a credit card sized wallet, and as much Bitcoin as you want to store can be carried in your pocket, anywhere.  Holding Bitcoin longterm can prevent the need for bank loans.  Don’t let banks put you in bondage.  Store Bitcoin in an offline wallet where YOU HOLD THE Keys!  Then you are self sovereign, if you run a node, you can transact directly on the blockchain.  No need for banks at all other than paying a few bills.  Even that can be done through Bitcoin.  Knowing the cap of coins to be created is set at 21 million.  This kind of scarcity creates the network effect.  The number goes up every 4 year cycle.  That is freedom.  If dozens of countries actually follow El Salvador, then this will give even more freedom to individuals and put more pressure on central banks.  Yes, there will be push back.  Freedom won’t go back to citizens and individuals easily.  It will take a long time.  But having Bitcoin stored offline will bring a financial freedom to an individuals life, a families life, that will not be easily found outside of Bitcoin, if at all.  Bitcoin is equitable, humanitarian.  One world government, one world currency, the great reset.  That is an invention of central banks.  It is the opposite of freedom.  War is the opposite of freedom.  Debt, same thing, it is bondage.

We have hardly discussed what inflation does to a nation.  Nationstates in high levels of debt to the private central bank, not voted on by the citizens, are in bondage.  They cannot control anything.  They have no power, no freedom.  El Salvador, Argentina, Venezuela for example.  Entire continents have been destroyed financially this way.  See Africa.  Financial freedom bring human rights and freedoms, not found while in bondage.  This freedom is a basic human right.  Bitcoin brings that.  The lower currency valuations sink in the coming years, due to inflation, the higher Bitcoin will be valued.  It is the ultimate hedge!  See the chart below for a demonstration: 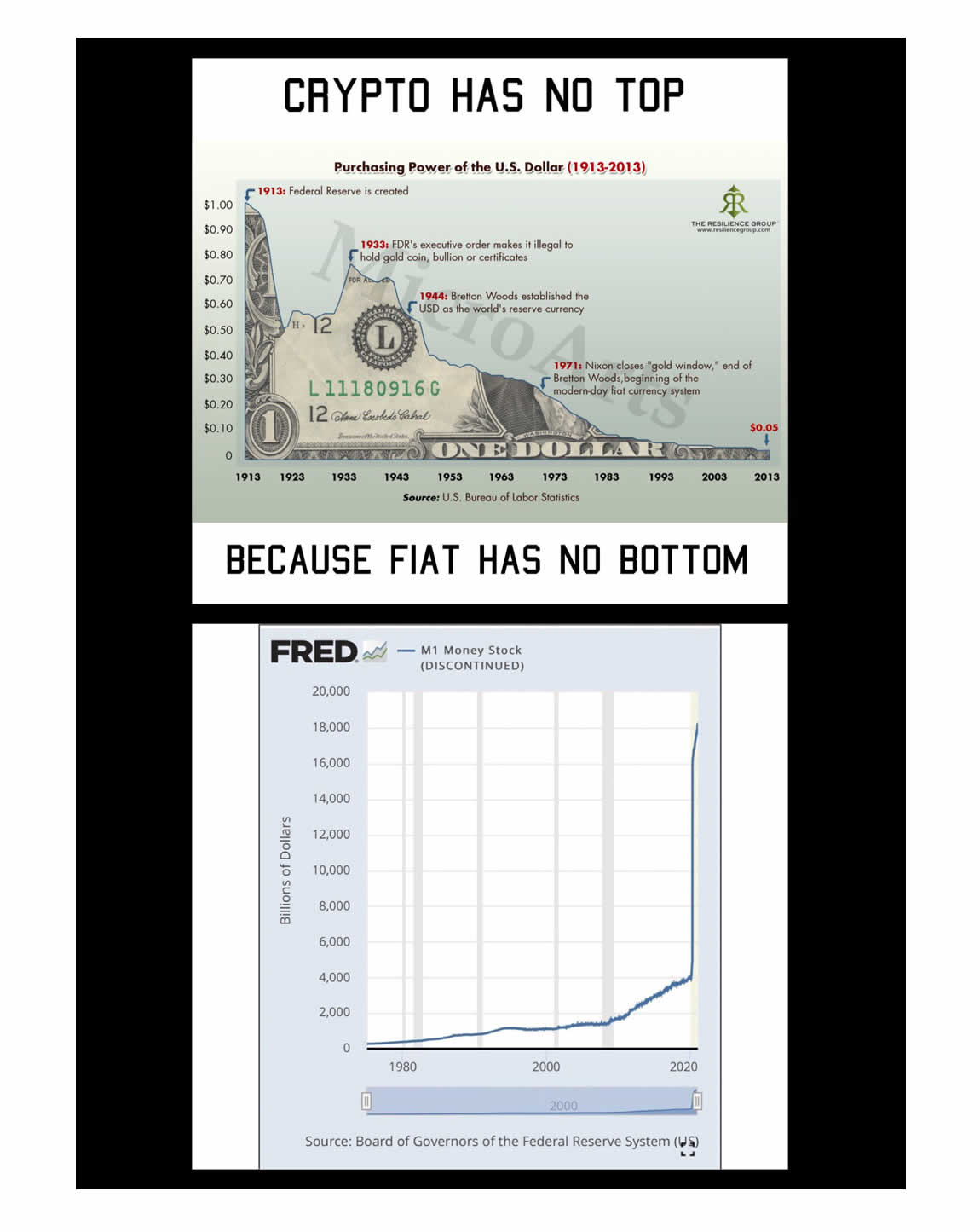 Inflation is the one phenomenon that has to be understood, to grasp the need for Bitcoin.  Governor Abbott in Texas yielded some freedom in our state last week.  He provided authority to Texas state chartered banks to provide Bitcoin custody services.   Florida, Wyoming, and Texas continue to provide freedom for their citizens to hold Bitcoin.  Thank You Governor Abbott: 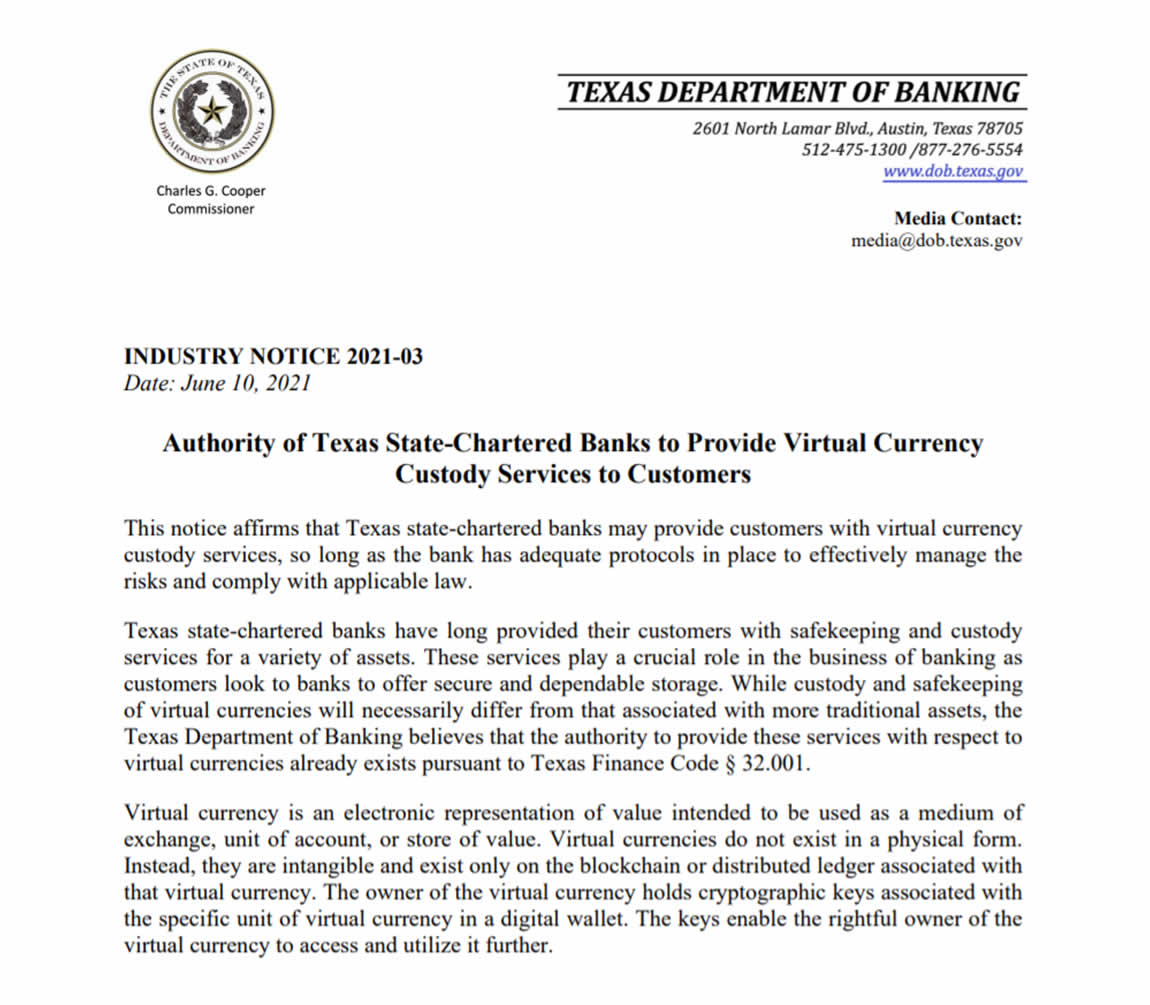 JP Morgan found that demand for El Salvador hard currency bonds over US treasuries increased by 28 basis points. That means El Salvadorean bonds are outperforming US bonds by over 20X:

As time moves on, it will become more and more obvious how much freedom Bitcoin brings to nations, states, individuals, and companies.  Get in early and ride the wave!  Your future self will thank you!  You will enjoy more freedom, less bondage.  What you do with that freedom, that’s on you.  Hopefully, it’s good.