Bitcoin is the Security of Nations!

Bitcoin is really showing signs of a rather incredible and earth shattering move to the upside.  It is very important to understand how important to the global macro financial system, this move up will be.  That understanding is only valuable to an individual, if they arrive at the conclusion, BEFORE the move happens!  A wall of money has been building up in Bitcoin.  In the next charts we will try to prove this wall of money, re-accumulation, is creating the floor for future bear markets.  Most importantly, it is creating a spring board for ATH’s that are higher than many would believe. 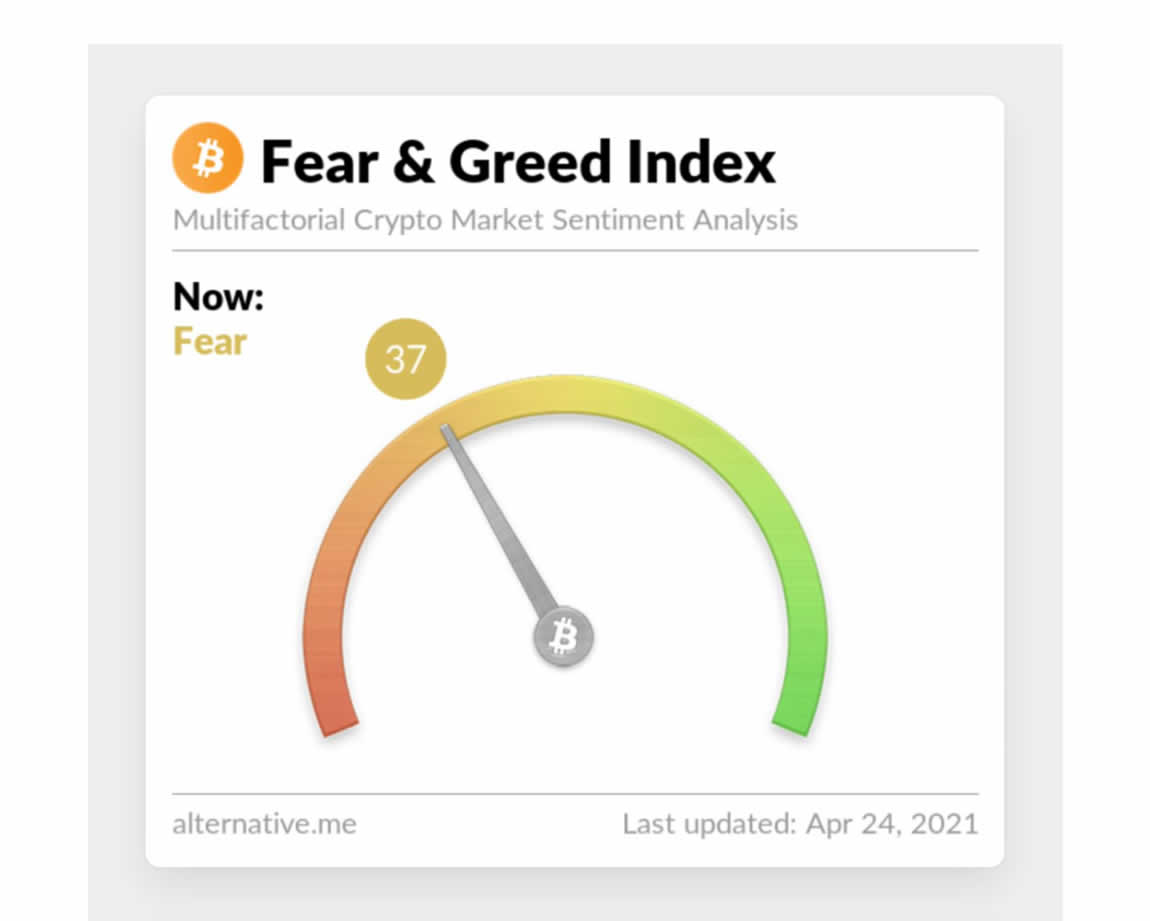 The supply of money flowing into Bitcoin, building a base for re-accumulation is now almost 15% of the total $1 trillion market cap of Bitcoin.  Between $6K and $10K Bitcoin built up a 21.34% supply compared to the market cap then.  It may take all of May.  It could happen next week.  However, the point is, when Bitcoin blows the lid off the top of this re-accumulation phase it has now spent two months in.  The move up will release this wall of money and Bitcoin will climb to heights never before seen.  It would not surprise us if we stay in this re-accumulation into June.  It could last until July.  We have been wrong twice now, thinking we were breaking out, only to see the price fall back into the channel.  Here is the chart on the supply building up to this re-accumulation floor which Bitcoin will not drop below: 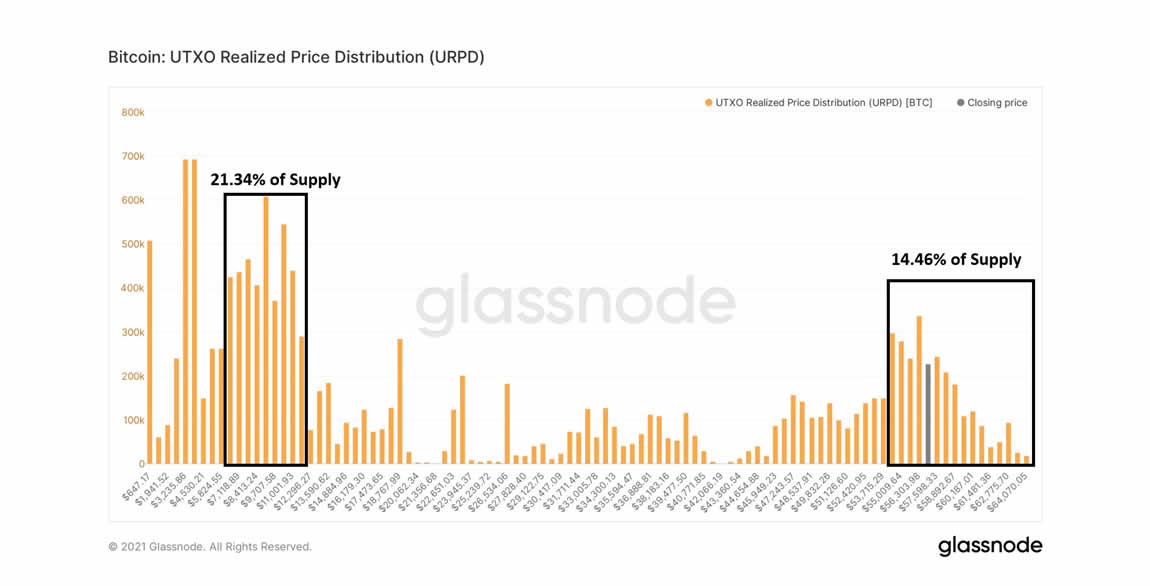 Volatility has been steadily dropping for Bitcoin.  The top and bottom of the channel it is in are tightening.  Higher lows on the chart below show that.  Also, the RSI is still dropping.  That is the relative strength index of Bitcoin.  However, despite RSI still dropping the price floor is showing a rising wedge also seen in the chart below.  The price action may drop lower but the floor is already set.  $47K where Bitcoin hit two weeks ago, appears to be the hard bottom for price action.  Watch the RSI, when that starts to rise back up, price action will follow.  This wall of money is still coming in to Bitcoin and it is going to bounce the price at the appropriate time.  Until then, the accumulation must continue.  This provides a base to build from and to not drop below, in the future.  Here is the chart showing the drop in volatility, drop in the RSI, yet strength in the price action, establishing the floor:

We know altcoins are starting to pump up.  Bitcoin appears likely to continue accumulating through May, while altcoins pump up.  Ethereum in the chart below shows a cup and handle pattern: 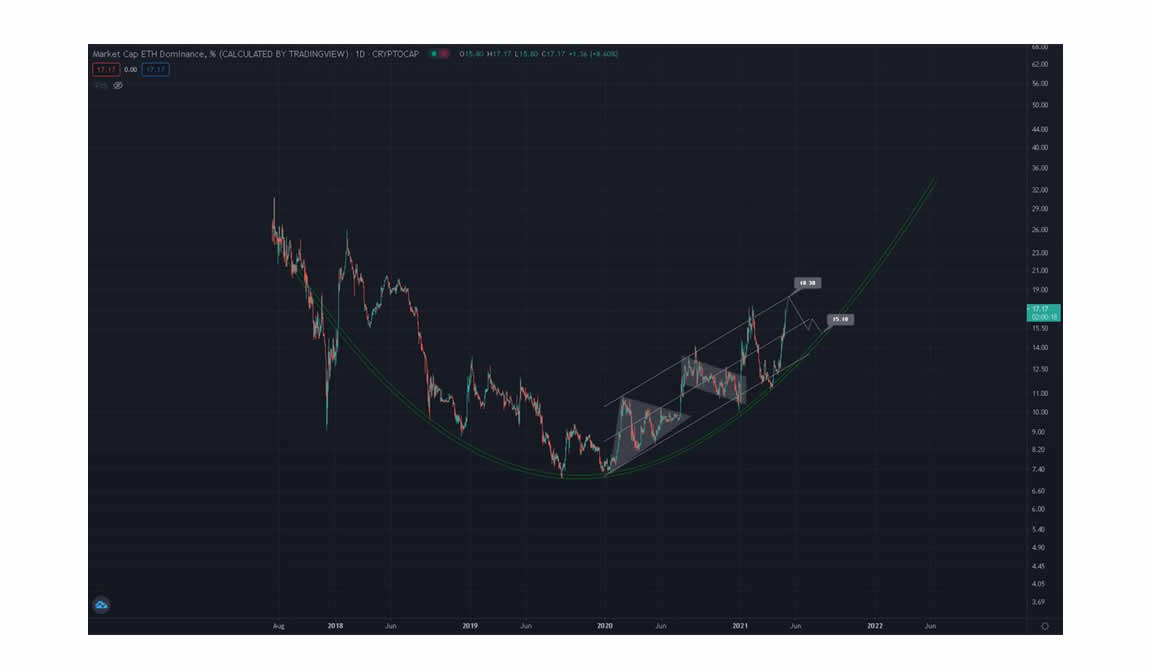 Neutral ATM is NOT selling any Bitcoin or exchanging it for Ethereum.  The temptation is there, but we know altcoins including Ethereum, dump hard when Bitcoin starts pumping.  It can be a real “rug pull”.  No warning!  We have a small amount of Ethereum we have had for a year.  As soon as Ethereum shows ANY weakness, we move that to Bitcoin.  Vitalik Buterin will change the supply again.  Ethereum is tight because 23% of the supply is tied up into staking.  When Ethereum supply controlled by one man, goes up.  It will start to dump.  It will probably get really high first, but the dump will come.  When it does, it often drops well over 90% in bear markets.  Our Bitcoin stack is stored offline and is safe.  We add to Bitcoin, and NOT Ethereum, weekly, in small quantities.  Use our OTC Desk coming online this week, for convenient transactions into Bitcoin.  Our focus will remain to educate on the value and importance Bitcoin has, as a long term hedge against central bank money printing worldwide!  We continue to believe, altcoins destract from the true goal of Bitcoin as a hedge against loose monetary policy which threatens the security of the US and many Nations!  Bitcoin has the blockchain, and it’s proof of work, security, provable scarcity to fall back on.  NO other asset has that!  Ask yourself this:

Why did the US shutdown, or have others shutdown, and discontinue M1 and M2 money stock (supply) tracking on www.FRED.com?  Why was the chapwood index shut down?  Why is CPI Index ratioing back to 1982-1984 inflation numbers?  Why did Christine Lagarde european central bank president, state Bitcoin is a threat?  No mention of Etheruem.  Ethereum is not the threat.  Bitcoin is.  Why?  Because only Bitcoin holds up as money on a stock to flow model.  Also, it is decentralized and protected from central bank control.  Not Ethereum.  The point of cryptocurrency is to hedge central banks.  Not get the most return in the shortest time period.  Longterm, Bitcoin HAS the best return.