Bitcoin is the decentralized alternative, all US Banks are now piloting CBDC’s, even Visa and Mastercard

This article from The Hill sums up nicely what the Digital Currency proposals that are expected to come from Congress will look like, click here to read.

So a few weeks after the FTX scam goes public, this comes out.  We have warned for a year plus about the absolute evils of a CBDC.  Bitcoin is the precise opposite and alternative to this.  Remember, the BRICS reserve currency using Bitcoin for international settlements.  A currency war is brewing and it is global.  The US CANNOT allow CBDC to be rammed down our throats.  There are plenty of options that do not allow the Government to sieze our money, if they disagree with our public opinions, social media takes, spending habits, or donation habits.  Bitcoin is on a public ledger, and is free market, peer to peer, digital money.  It is perfect for international settlements for a precious metal backed currency like the BRICS reserve currency.  Literally anything but CBDC!  See these old blogs about this in more detail. Click here to read the first blog & click here to read the sedcond blog

One must understand.  The federal reserve is private and is NOT part of the US government.  All central banks globally are owned and run by families.  10 or so families run all central banks!  That is totalitarian control of the global money supply.  Inflation is a hidden tax which the central banks, and their agents, the commercial banks benefit from.  This rolls down the chain from there.  The Fed has never been audited, not once, since 1913: 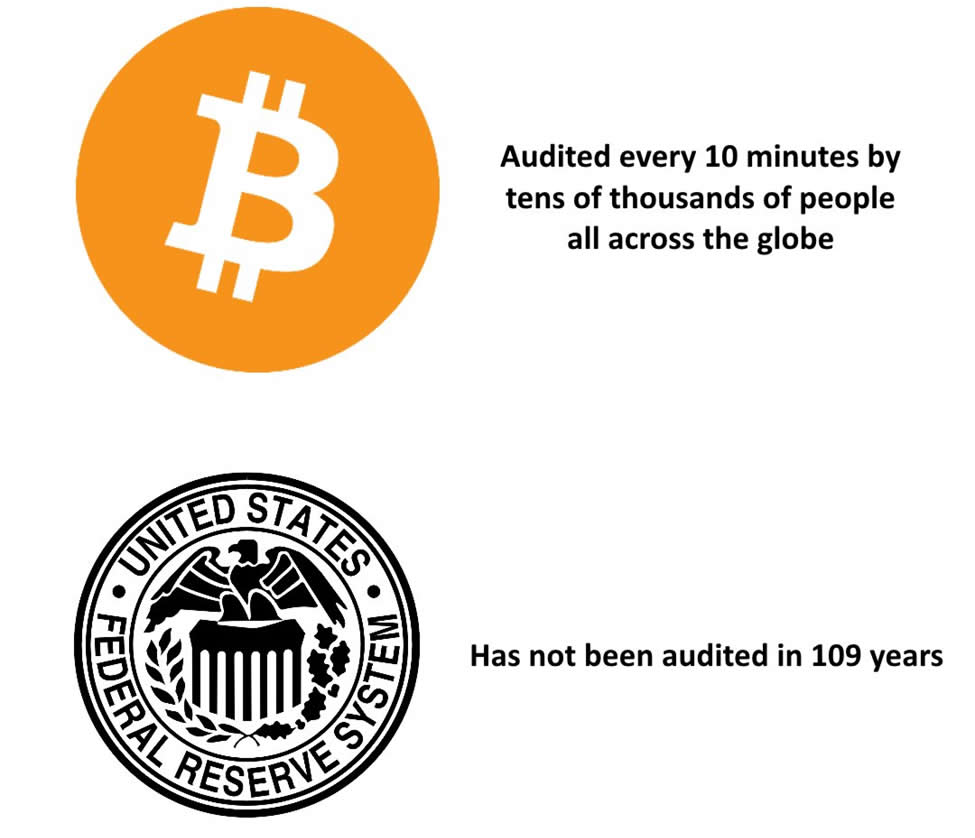 Media may say one thing about Bitcoin, Nation States however, are waking up to it’s true potential: 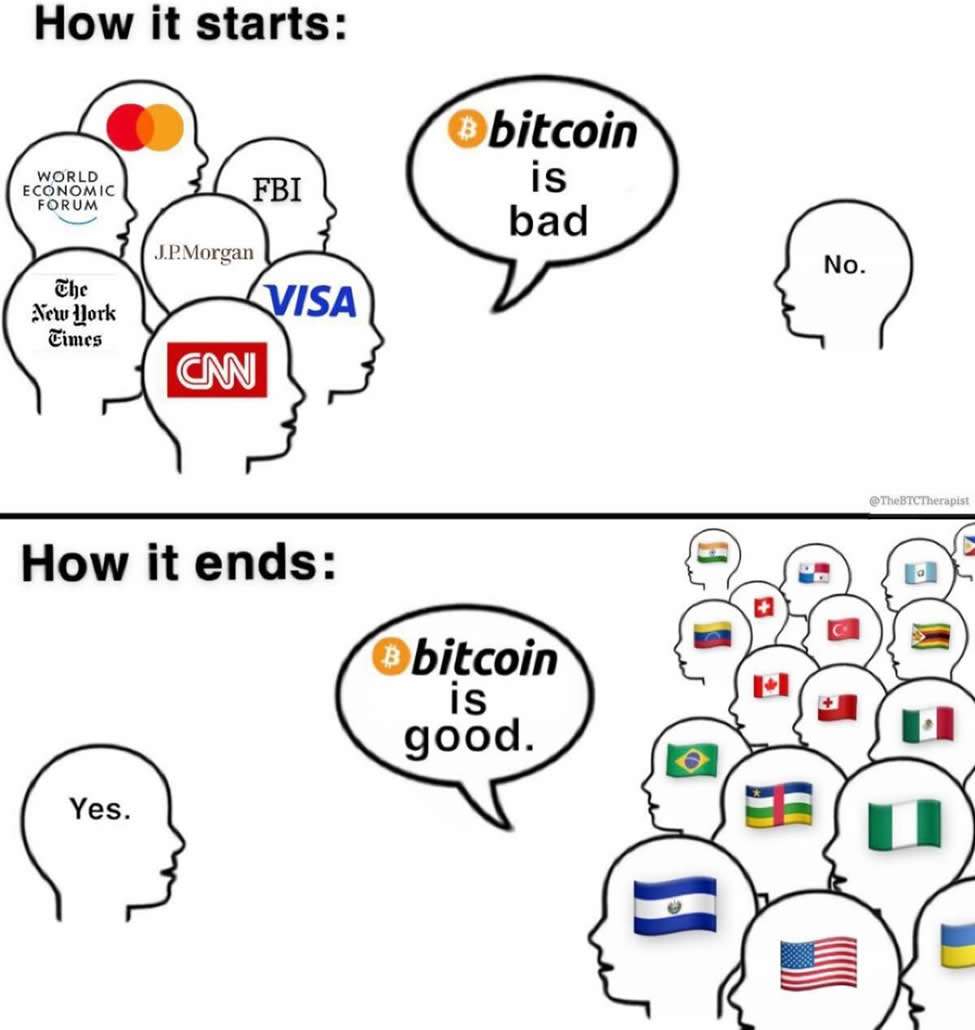 Stack Hodler tweeted this about the election campaign in Argentina.  The leading candidate, is a Bitcoiner:

Meet Javier Milei.  Nickname “el Peluca” (the Wig).  He’s running for president of Argentina and campaigning on quotes like: “Legal tender allows politicians to scam you with an inflationary tax”.  “Bitcoin is the natural reaction against Central Bank scammers”.  Javier Milei is seated in the middle below: 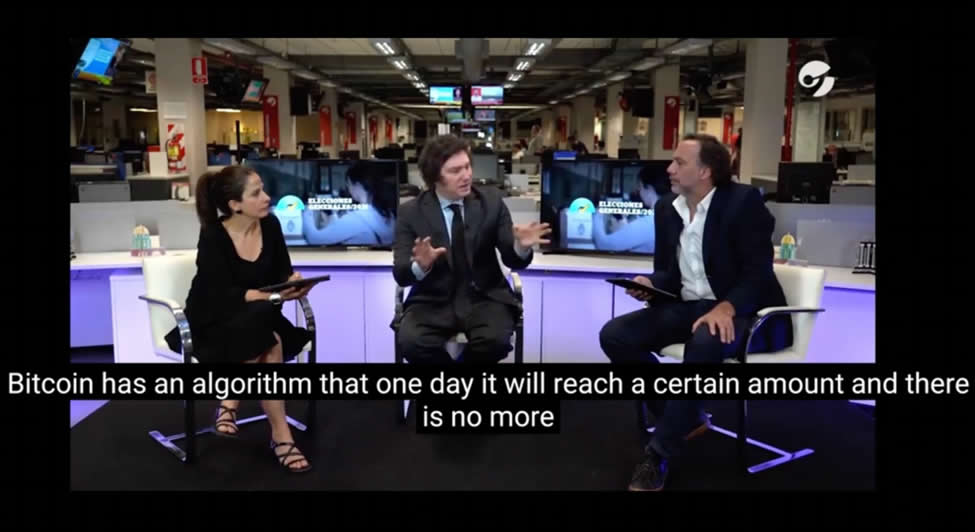 If he wins the election in Argentina.  If Bolsenaro gets the Presidency back in Brazil.  If the 12 countries including Saudi Arabia and Iran join BRICS in order to bring in the BRICS reserve currency.  The US dollar would be dethroned and would no longer be global reserve currency!  This could happen, and likely will happen before CBDC is instituted in the US!  Let’s see how this all unfolds.  Meanwhile, in Japan.  The Bank of Japan is buying debt at record shattering levels!  Inflation cannot be controlled.  The US total debt to GDP ratio of 133% is unsustainable.  Japan’s is nearly 3 times worse.  This fiat currency experiment has reached it’s end.  This problem is global now.  Monetary change is coming!: 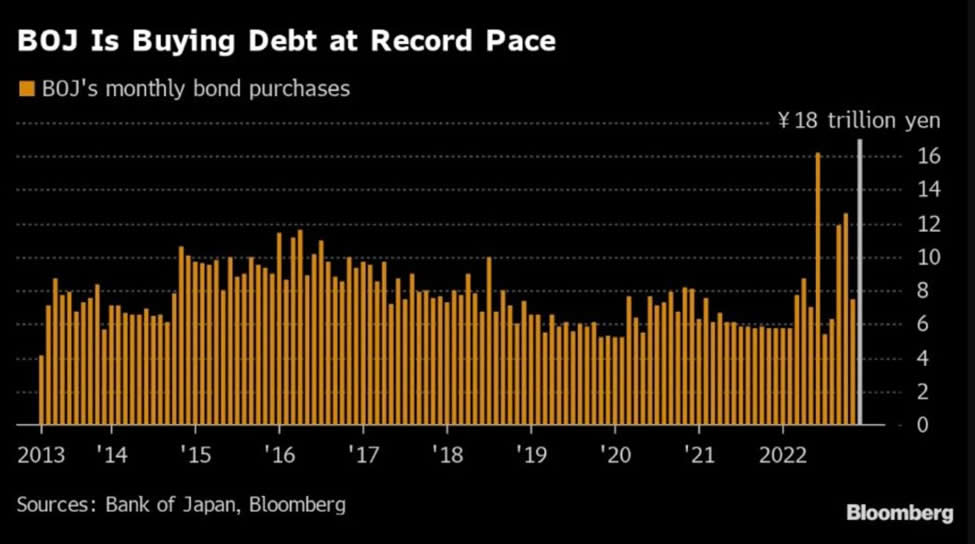 Acceptance to these realities is very slow.  Regardless, the realities are already here.  Fiat currency has reached it’s end.  An entire new monetary system is being born.  If it’s not a free market monetary system involving Bitcoin for international settlements.  Which, by the way, eventually decades from now, could lead to a global Bitcoin monetary standard.  That is so far out in the future, we cannot discuss it yet.  For now, BRICS using Bitcoin for international settlements is a good start!  If it’s not that.  It will end up CBDC!  Which is financial slavery for the world!  Choose wisely!