Bitcoin Is Primed! Ignore The Price!:

I spoke to someone yesterday who was mildly alarmed at recent price action of Bitcoin.  Still interested in it though.  I tell people to read a number of these blogs not just one.  Bitcoin is broad, and we only tackle one or two aspects at a time.  Bitcoin is getting more and more bullish, yet price action is trending sideways to bearish, on short time frames.  Here is a chart from yesterday: 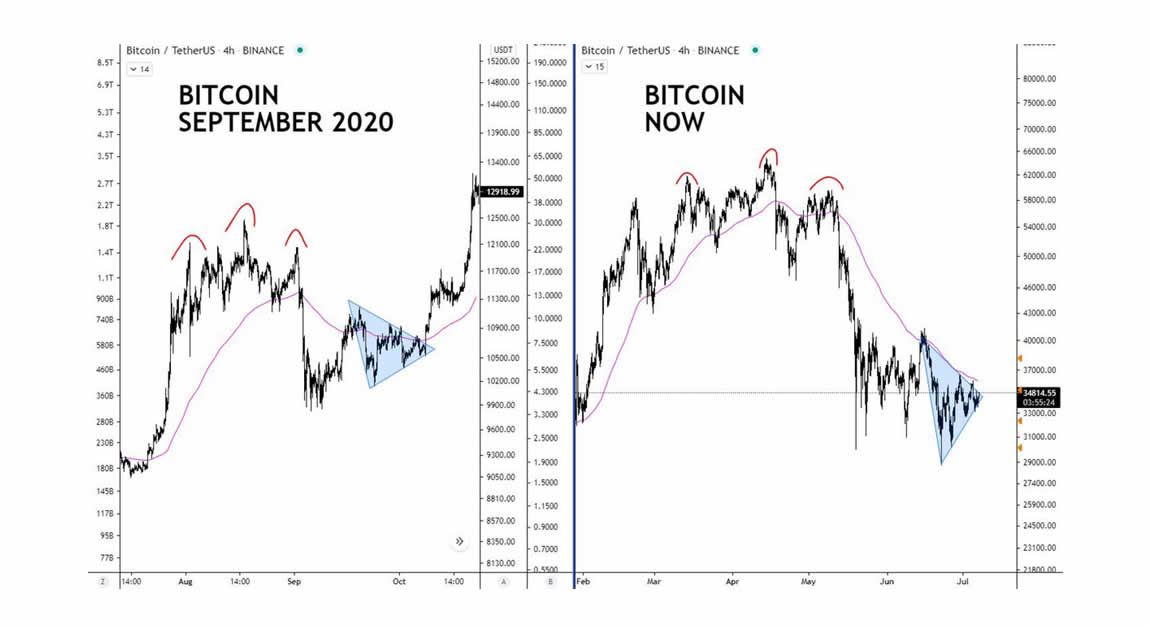 The symmetrical triangle broke down today and may drop to $30K.  What that means is another buying opportunity at a low price.  Bitcoin dips are all getting bought up.  Below is a chart on the latest dip: 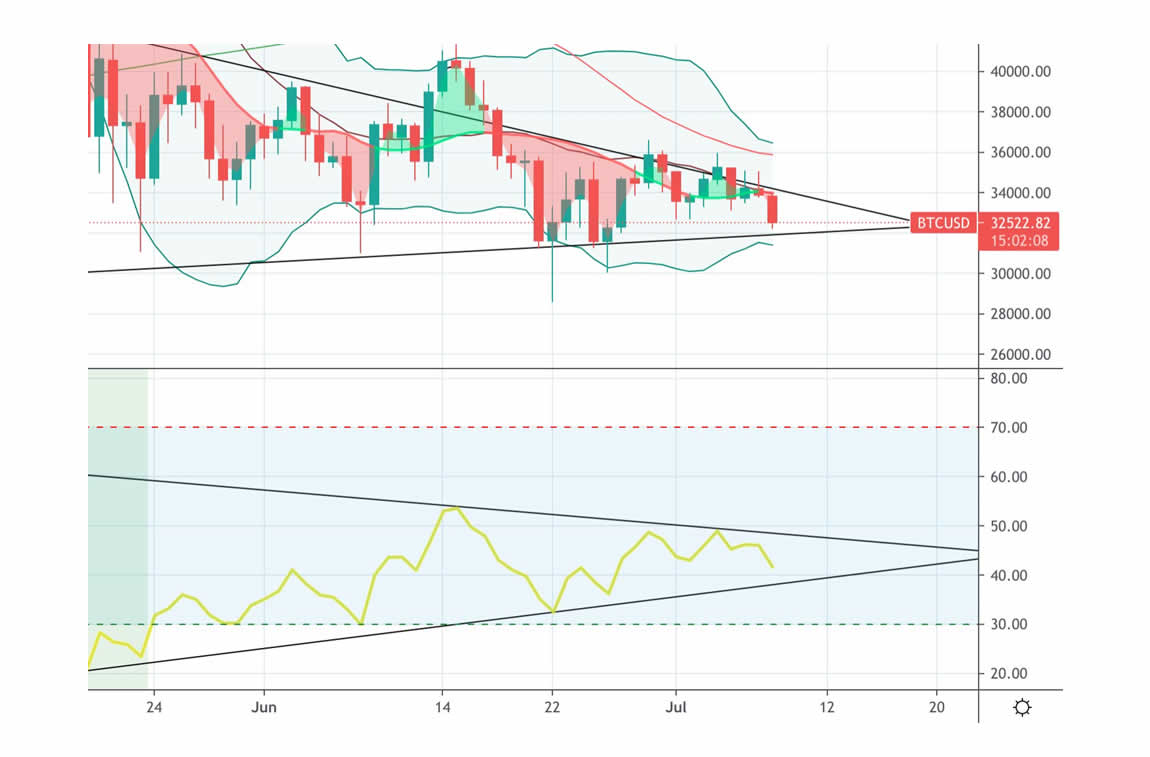 Now, does that mean Bitcoin is falling off a cliff and it’s panic time?  Absolutely not.  Bitcion is still being manipulated, and these dips are buying opportunities as more coins are being bought up and locked in cold storage long term.  Here is a chart showing where Bitcoin is going next, after this little dump: 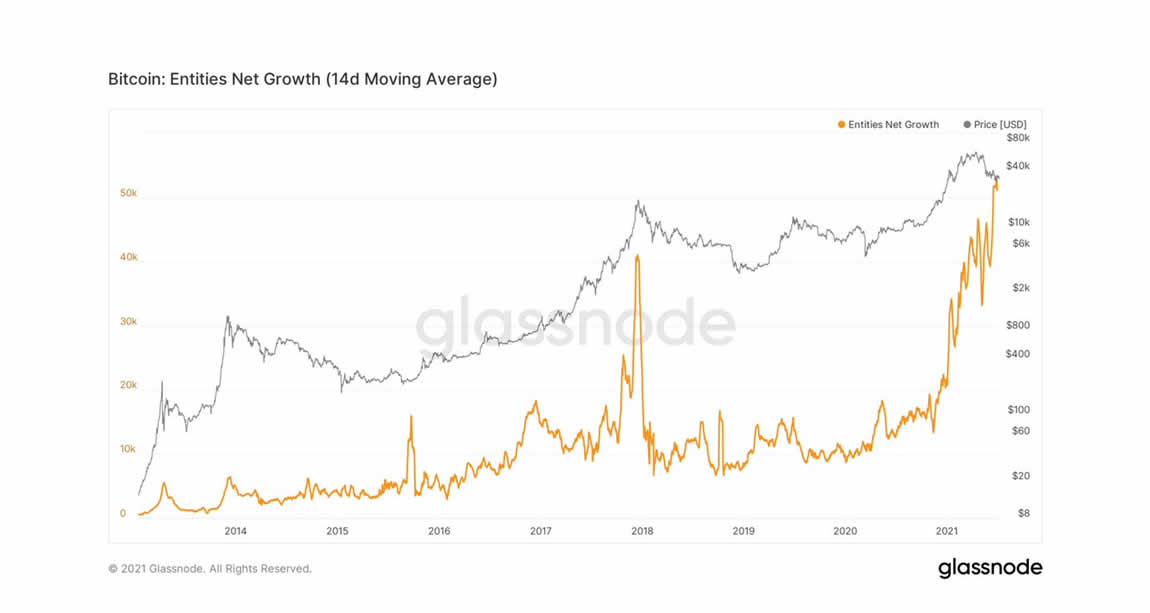 Also, the chart below shows coins being withdrawn from exchanges compared to coins deposited onto exchanges.  Withdrawals are increasing as deposits are dropping.  People put Bitcoin on exchanges to sell it.  When they withdraw Bitcoin, that means it is going into cold storage (Cold Card, Trezor) wallets.  Thanks to Willie Woo for the chart below: 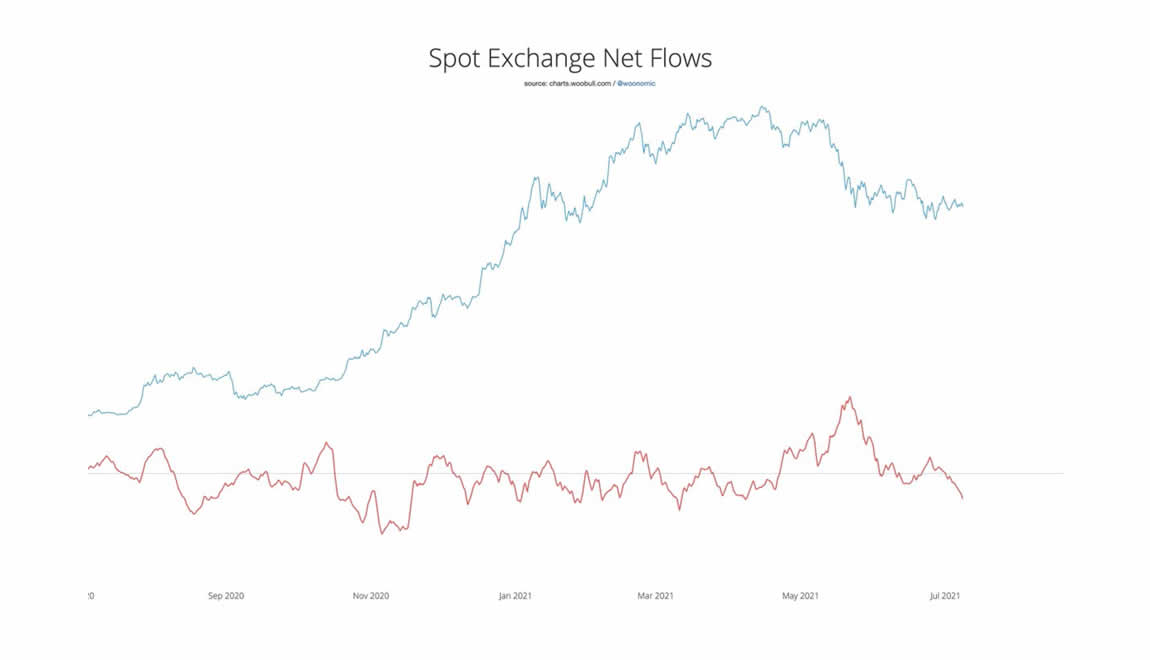 The next chart, also from Willie Woo shows how the ratio of Bitcoin on exchanges is droping compared to total supply of Bitcoin.  This is a supply shock.  Eventually, institutions will not be able to buy up as much Bitcoin because too much of it will have been locked into cold storage, not in circulation.  This 3 month pause in the bull run is very likely, institutional investors manipulating the market downward, to allow for ever larger accumulation, as demand keep increasing.  When Total supply crosses coins available on exchanges.  Prices will have to begin moving up: 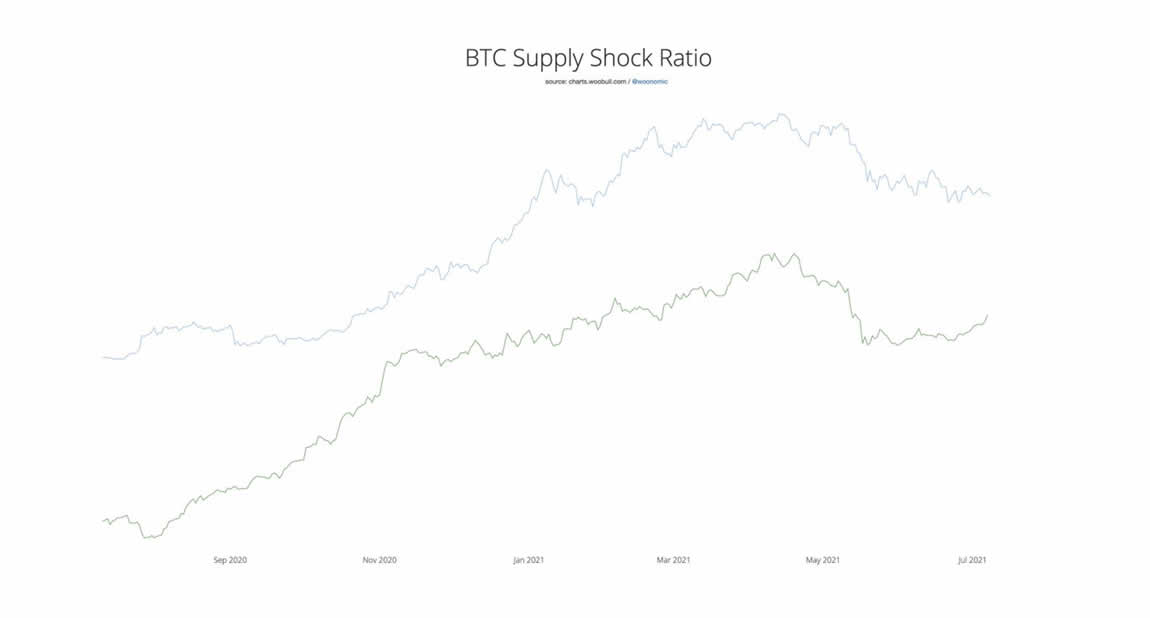 The symmetrical triangle Bitcoin was in the last couple of weeks was nothing more than a mirage.  Neutral ATM thought as many did, Bitcoin may break out to the upside.  Yet, in fact, it is probably going to form another symmetrical triangle and trade sideways another month or maybe longer.  August or September STILL appear to be the time frame when Bitcoin could break out.   Demand did’nt slow down when China banned mining and the hash rate dropped off.  That event probably helped the supply shock unfold sooner rather than later.  Demand remains high, as soon as supply starts drying up the price will have to move, and it will be a big move.  Understanding the supply demand side of each bull run in Bitcoin is extremely helpful.  Unfortunately, watching the price everyday is nothing more than a distraction from what is truly relevant about Bitcoin.  Try to remember, that price is secondary to supply demand in Bitcoin.  This is hard money.  21 million is the all time cap on Bitcoin supply.  Regardless of the demand.  10 year bond yields have dropped down to 1.3%.  Reverse repo’s are sucking a lot of M2 money supply out of the system by creating Bank liability on the Federal reserve side not the commercial banking side.  This is deflationary.  If M2 money supply is deflating, more printing, more QE will have to be the Fed’s answer.  Long term, this is good for hard money.  Gold, Silver, and Bitcoin.  We will focus on what the reverse repo market is doing to M2 money supply from a global macro perspective tomorrow.  We have not looked in to Global Macro as much lately, but that area is going through some changes as bond yields fall.  It could lead to a stock market crash, real estate market as well.  Interesting stuff!