This is an extension of the Hyperinflation blog from Thursday.  US and the global currencies taking steps towards hyperinflation is why Bitcoin IS money.  Fiat currencies like USD, CAD, GBP, EUR and AUD are all devaluing very quickly.  USD and GBP being the worst of the G7 Nations.  As these currencies continually lose value, every good and services looks more expensive, priced in that currency.  Yet, Bitcoin is up 113% YTD!  Thus, everything is much cheaper priced in Bitcoin.  One would think, based on this, Bitcoin would always go up.  Unfortunately, now that it is mainstream, instutional investors vie to shake out leveraged long positions.  This has happened a lot lately as Pension Funds, and Nation States have bought up large positions in Bitcoin recently.  This next chart and article by Vince Prince is helpful.  See the chart on trading view.  Bitcoin is forming a broadening wedge, it might not find support until $54K!  For those who are not using leverage, Neutral ATM is 100% in favor of using NO leverage to buy Bitcoin, this shake out does not apply.  Get ready for a possible drop, however unexpected last week, the charts show it’s could be coming this week, click here to read.

We believe this week could get rocky.  Here is why you should NOT sell any Bitcoin, the institutional investors do this to TAKE your Bitcoin!

Bitcoin, however volatile, is a much better store of value than all currencies.  So, consider this about fiat currency:

In this chart, CPI is the red line, SGS Alternate CPI is the blue line.  Shadow Stats shows us that real inflation is 12% to 16% depending on geography in the US:

We all know money printing has been an issue going back to 2009.  It has been much worse since March 2020, due to the corona virus.  Below is a chart showing Federal and non Federal Debt to GDP% are at or near all time highs: 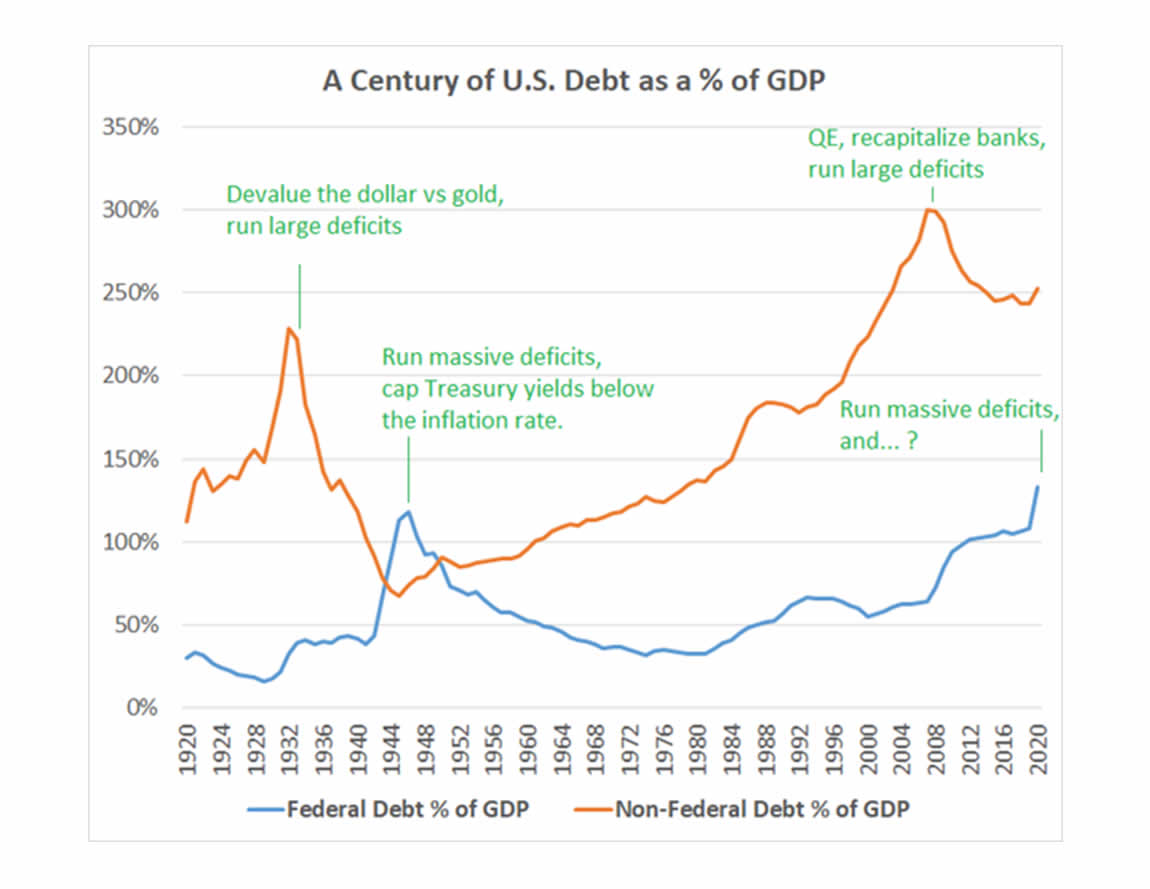 US debt to GDP is now 133%.  One of the highest debt to GDP ratios in the world!  Two outcomes are most likely from this.  Stagflation (best case scenario), Hyperinflation (worst case scenario).  The chart below gives a visualization of the government debt snowball: 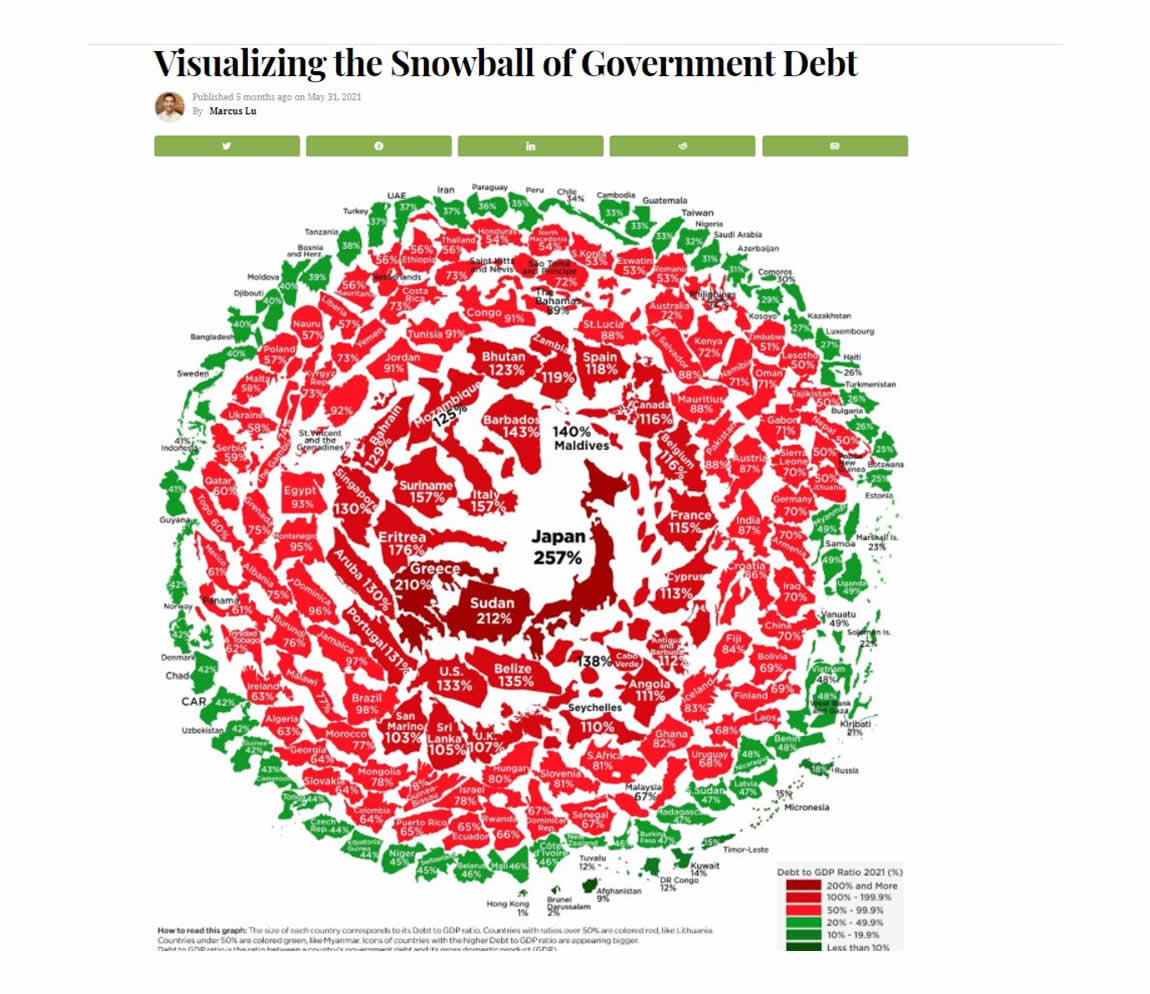 US is below Sudan on this chart, in dark red.

Japan is the best example of stagflation with it’s 257% current debt to GDP%.  It is still hard to believe the US will allow hyperinflation.  The biggest contributing factor to that will be what China, and Russia do regarding the petrodollar.  In other words, will they both trade oil for Yuan or Rubles instead of USD?  This has been happening for a couple of years now.  Will it get worse?  That is the question.  The answer will come, with whether the US economy experiences staglation (ie Japan) or hyperinflation (ie Argentina or Venezuala).  We don’t know what China and Russia will do as a reaction to the US economy.  Thus, we cannot predict.  Seems stagflation is more likely.  Either way, the system has to deleverage.  It is overheated with debt.  This will all play out over the next decade plus: 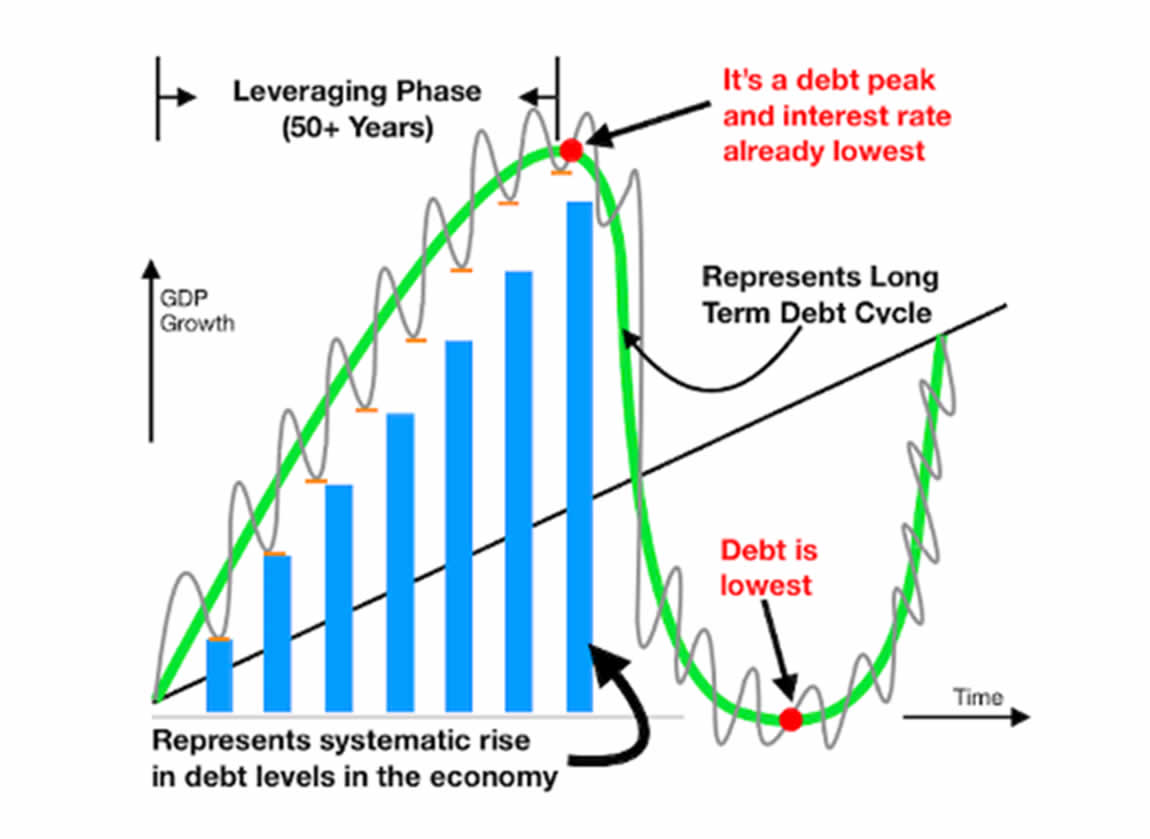 On the above chart, the deleveraging of an economy is swift.  The longer it takes, it becomes staglation.  The faster it happens, it becomes hyperinflation.

In response to this, investors have to decentralize from this monetary devaluation, the deleveraging, and join a monetary system that is scarce, a great store of value, fungible, and thanks to the up and coming lightening network, is a faster, cheaper medium of exchange.  This monetary system is digital, and Bitcoin is the coin most likely to unseat the US Dollar as the superior money to store value in, and invest with.  Our goal is to use Bitcoin to store, invest, and obtain more Bitcoin.  Our goal is NOT to obtain more US Dollars.  They lose value as Bitcoin does the exact opposite.  We pass this on to our blog readers in the hope that they adopt Bitcoin as money as well.  This is not financial advise, and we are not financial advisors, yet we do have the ability to help others in terms of their perspective on Bitcoin.  Also, remember, not your keys, not your coins.  Store all Bitcoin OFFLINE.  Never leave Bitcoin on an exchange for long.  We take it off exchanges in under an hour!