The thing about Bitcoin is that it does’nt care what anyone thinks.  It is programmed on a blockchain by computers, it has no president, no board of directors, it is not controlled by a central bank.  It is therefore, not appointed citizenship to a country as people are.  It is a machine run by miners spread out all over the world.  Nobody controls it.  It is a hedge or a rebellious act against out of control money printing, out of control governments, out of control central banks, and an out of control monetary system.  Bitcoin cannot and does not care if regulations come, or why people use it, whether legal or not.

The reason it is humanitarian is for these reasons stated above.  Bitcoin is the ultimate honey badger, it does not care who uses it or why.  If your in Argentina and your currency is worthless, store wealth in Bitcoin and your money will go much further in Argentina.  Same for over 100 countries world wide who have debased currencies.  Too many to list.  Now the US is debasing their currency.  One could argue the reason Bitcoin is having such a good year in 2020, is many currencies have lost so much of their value.  See the below chart on Billions listed in the G4 countries balance sheets (Japan, India, Brazil and Germany): 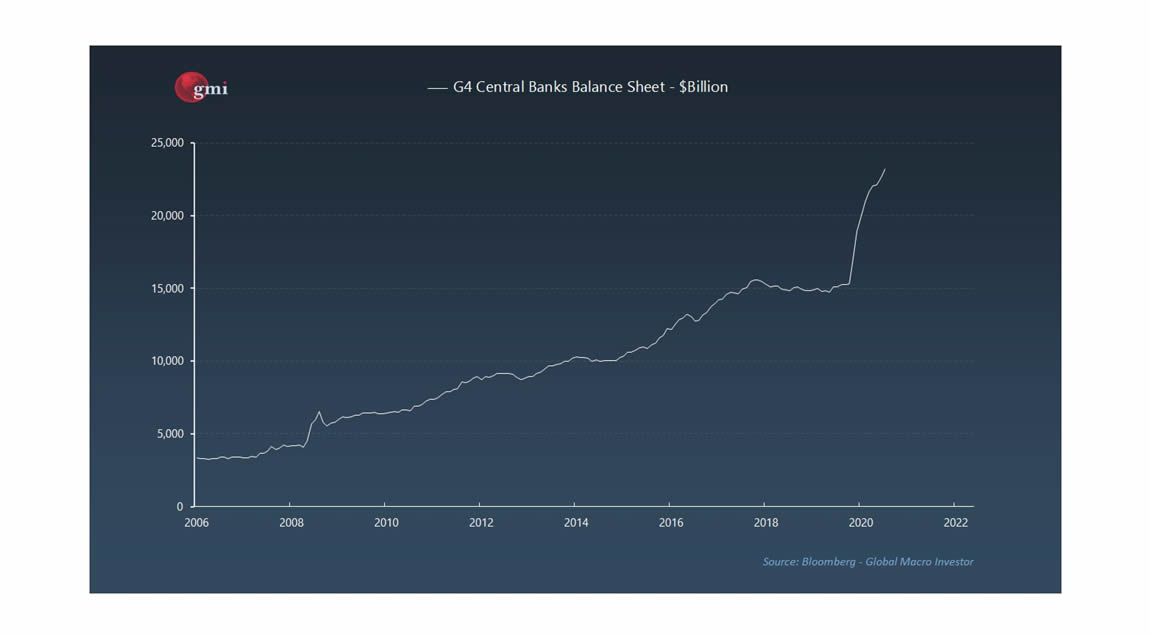 The US balance sheet is worse.

Currency debasement leads to higher inflation and loss of purchasing power, which impacts the lower middle class and poverty class, but actually helps the elite and upper class.  It helps because assets like Real Estate and Stocks are inflated, while everyday items like food and clothing are also inflated which hurts those who buy those things but don’t own stocks or real estate.  Bitcoin equalizes this if it is studied and understood.  A person can buy .0001 Bitcoin (any fraction of Bitcoin).  Neutral ATM sells Bitcoin in $20 increments.  So by saving money in Bitcoin on a regular basis, a person can grow their wealth over time.  By studying and understanding Bitcoin they can swing trade it at optimal times which is not very often.  This further enhances wealth creation through saving that is enhanced by the swing trade every few years.

After Covid 19 impacted the stock market in mid march Bitcoin dropped 60% overnight, the day after stocks crashed big.  Neutral ATM jumped into action in late march because we knew that was an optimal time to buy up Bitcoin.  We did that into June and have since bought smaller increments as the price rise picked up steam.  Now we see a pull back.  Does that mean the bull market is over?  No.  See this chart below to reaffirm that: 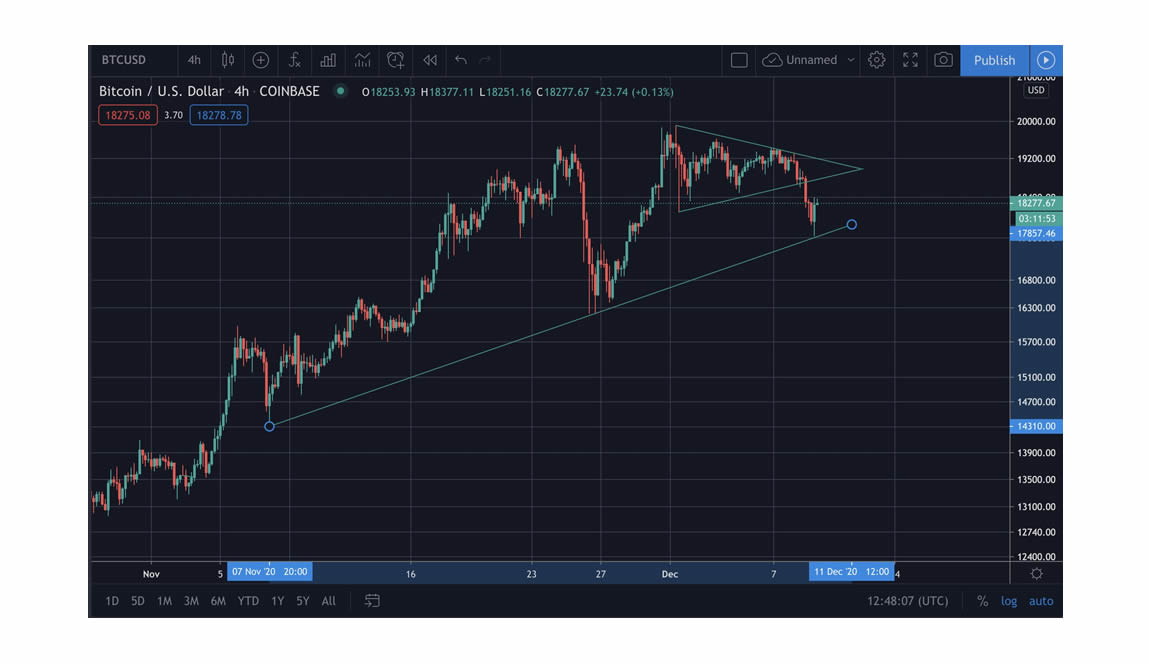 This chart above shows it well.  Bitcoin has to keep testing support levels before it crashes through the $20,000 resistance level.  When it does, it will run up higher, but this level will be tough to break through and it is looking like it will take some time to surpass $20,000 and confirm support above that level.  Retracements are healthy during a bull market, and this one today, is no exception.  The chart below gives a 7 year view whereby multiple retracements to the 200 day moving average (purple line) can be seen.  If you bought then (200 day moving average is always known), and sold somewhat close to the tops, you would be in unbelievable profit.  Even just dollar cost averaging (DCA) close to or at each trip to the 200 day moving average would keep you in unbelievable profit over years of time.  This chart shows us how Bitcoin can be humanitarian for incentivizing people to save and invest, buy Bitcoin dips and having discipline not to sell these short term dips in the price.  See the chart below: 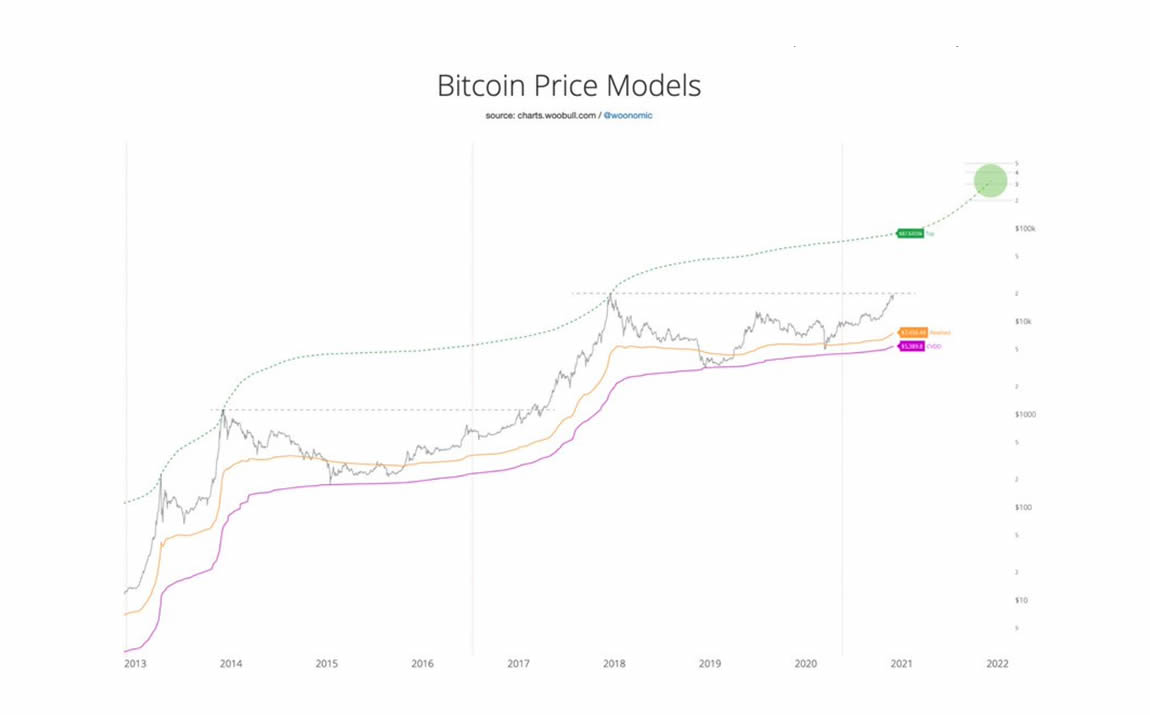 Morgan Stanley published an article about Bitcion taking over for the US Dollar as the Global Reserve Currency:

Coming from Morgan Stanley, this is a bold article to write!  It is very true.  Historically the other major reserve currencies going back over 600 years are from Portugal, Spain, France, Great Brittain, and now the USA.  They all crashed after 90 years on average.  The US has had its position 100 years.  It remains to be seen, but will Covid 19 be the pin that broke the US Dollar bubble?  Time to own some Bitcoin.