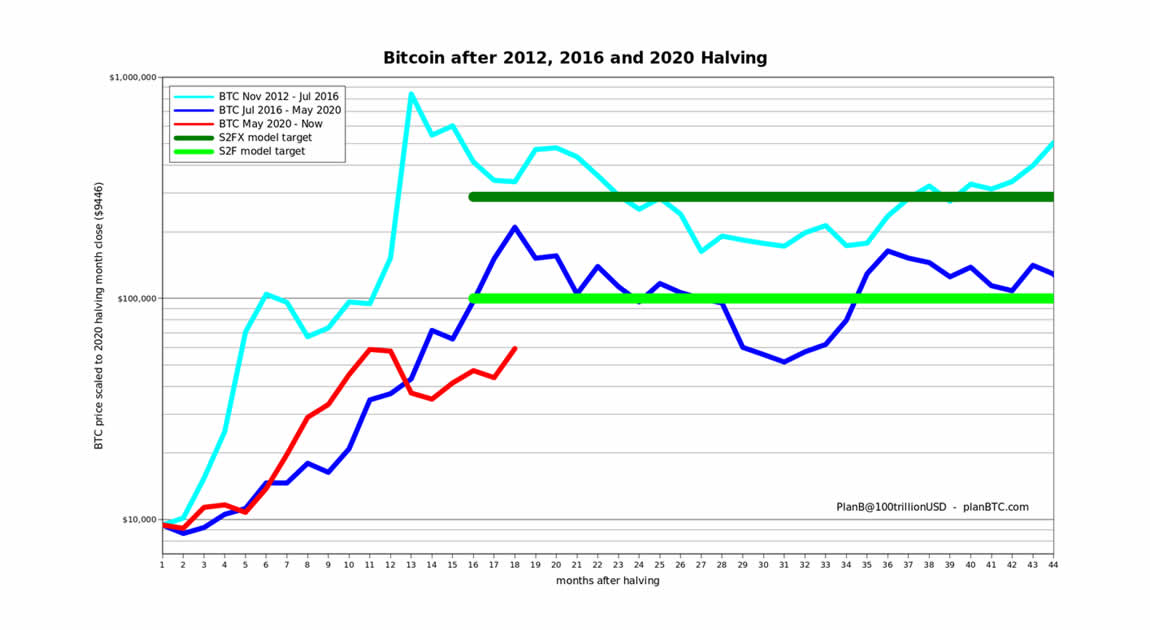 The first top for the 2021 bull run is similar to the first top of the 2013 bull run.  We have been comparing this bull run now, to 2013 since March, April 2021.  We were less certain then, but now that Bitcoin is revving up for the beginning of the second parabolic leg up, we know that was correct.  Bitcoin will be a double top bull run.  How high will it get?  We see the dark green line or lower as likely, and $300K plus is still very possible.  How violent will the FOMO be now that 5 Bitcoin ETF’s are being approved by the SEC this week?  We know of 2 going live today!  This brings 150 million investors who are locked into their 401K into Bitcoin.  They can put it in their 401K now.  That was never possible before.  It is now.  What will that do to future price action this year and into early 2022?  We think it could act as a catalyst.  Bitcoin is going mainstream now.  We still see a blow off top, just like after the 2013 bull run.  Probably next year though, so we have time now. 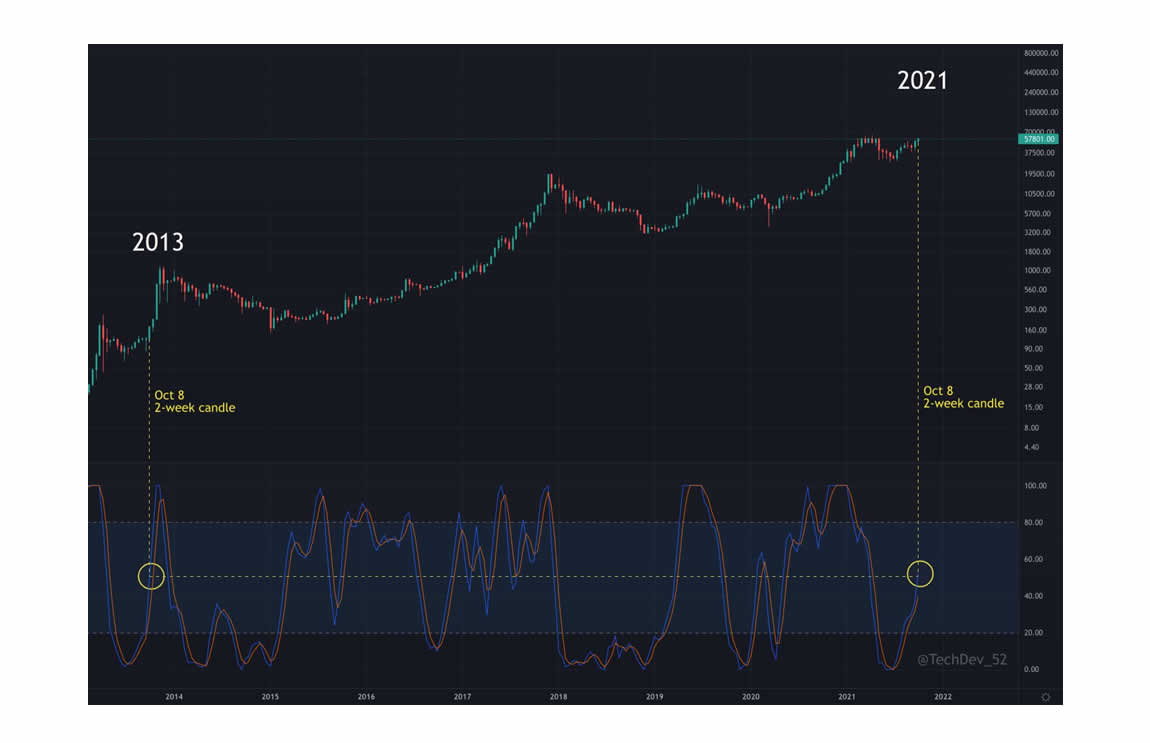 This MVRV Z score in the next chart times market tops well.  This chart below goes all the way back to 2010, when Bitcoin was under $1.  It tells us what percentage of holders are realizing profits vs holding long term.  When most are holding and not selling, as FOMO is building, as the network effect is building, that is when MVRV goes up sharply.  So does price action.  When MVRV drops sharp, you know whales are selling to take profits.  Here is the chart: 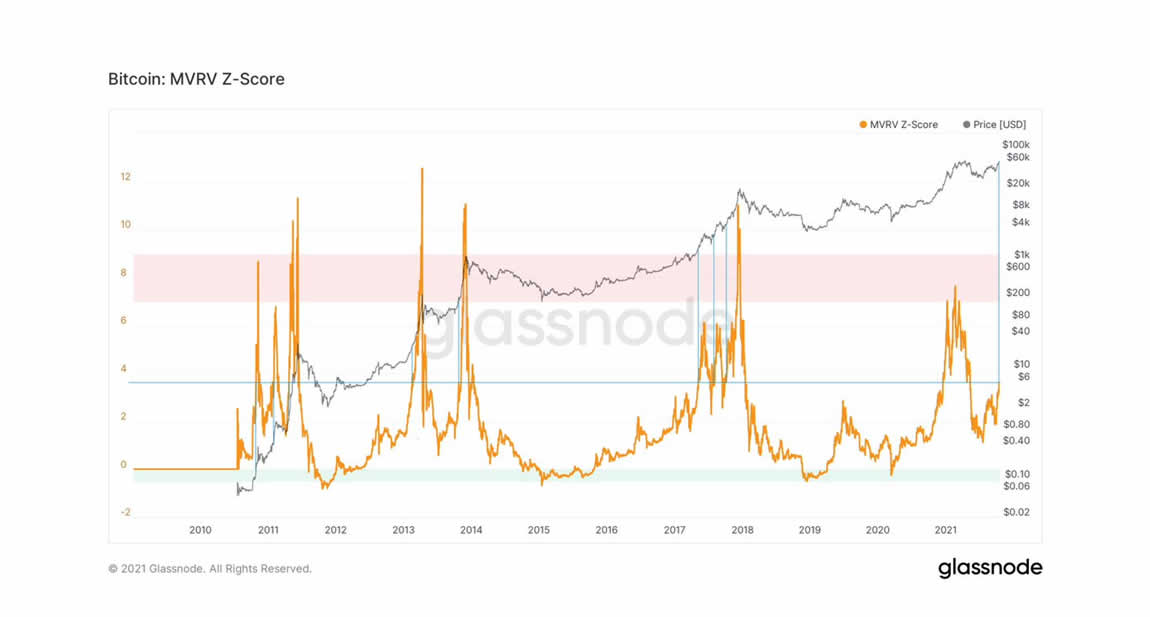 From this we can deduce that, Bitcoin sentiment is all in.  In other words, holding for a longer time frame.  Neutral ATM’s time frame is nearly two years of no selling and buying all dips.  This chart along with a few others can see tops forming.  In our opinion selling a top is only for those willing to do hours of research and are older, closer to retirement.  This is NOT financial advise.  We are simply helping to see where Bitcoin is in THIS cycle.  There is still a long way to go.

We found this information and it is very interesting.  President Nixon took the US off the Gold standard August 5th, 1971.  A few months before, the WEF (Wolrd Economic Forum) was formed in Switzerland: 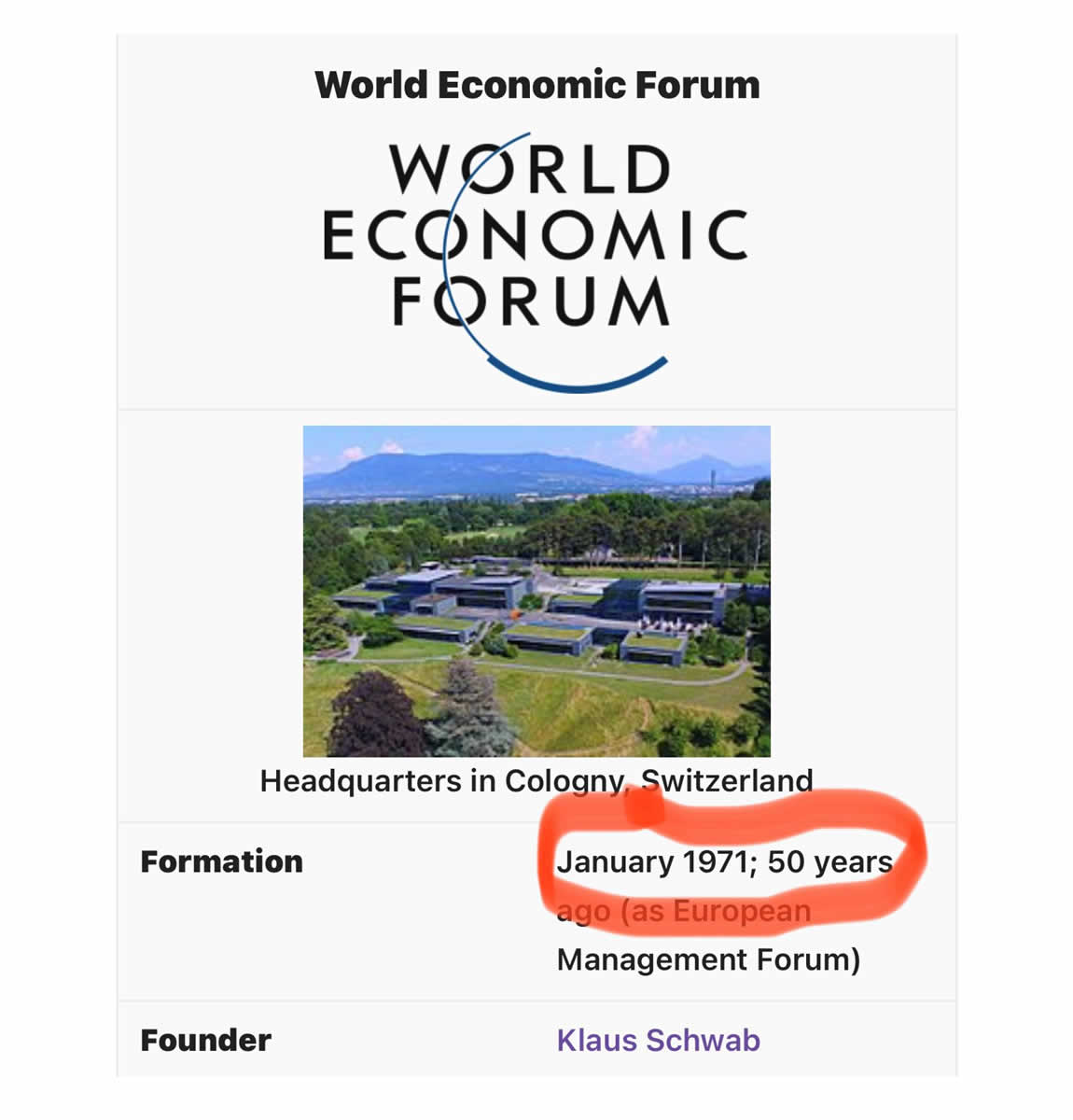 Based on our research, all of these financial globalist initiatives (WEF, IMF, BIS, all central banks) have led to our current fiat currency collapse.  Global monetary devaluation.  Thus, Bitcoin at this time in space, is what we all need to check out of this globalist, control, system and take control of our own financial futures!