Bitcoin has it’s own language.  Sometime’s it is intimidating to learn.  Here are excepts from a children’s book about Bitcoin.  Since instutional investors, banks, ETF’s, hedge funds, and nation states are all buying up Bitcoin.  Credit card companies, and social media companies are allowing items to be bought and sold online with Bitcoin.  It is going mainstream!  That has positive and negative conotations.  As a Bitcoin ATM Operator, we are at the adoption level of the Bitcoin Industry.  We help customers buy/sell Bitcoin.  Help them invest in it, set up wallets.  We are always here to help get started.  Don’t let it intimidate you.  These next four pictures are from a children’s book about Bitcoin called “Bitcoin for Kiddos”.  It bridges the gap between intimidation and a basic understanding of what it means to hedge inflation.  Basically, don’t let private central banks control your money.  Take control of your own future, and hedge against monetary devaluation.  Which means the devaluation of your currency.  Whether that is USA, Australia, Canada, UK, Russia, China, or Argentina.  Bitcoin is humanitarian, and it is for everyone: 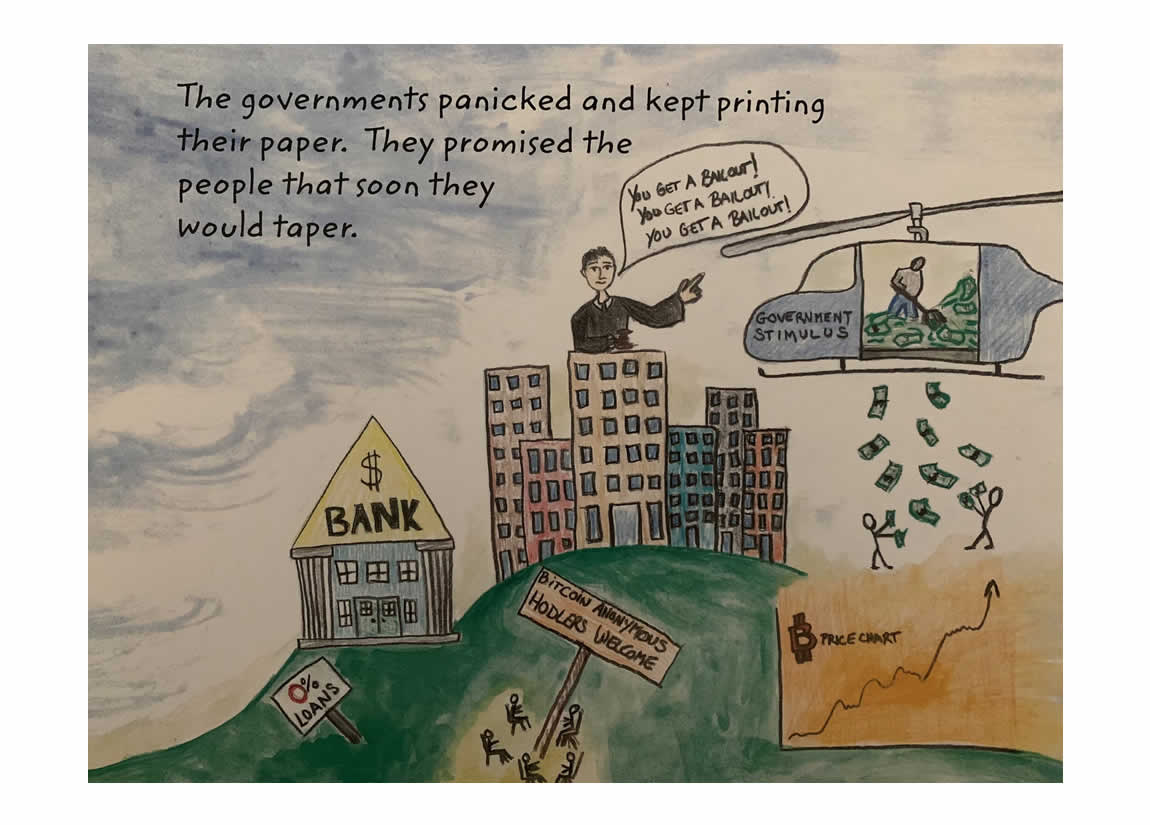 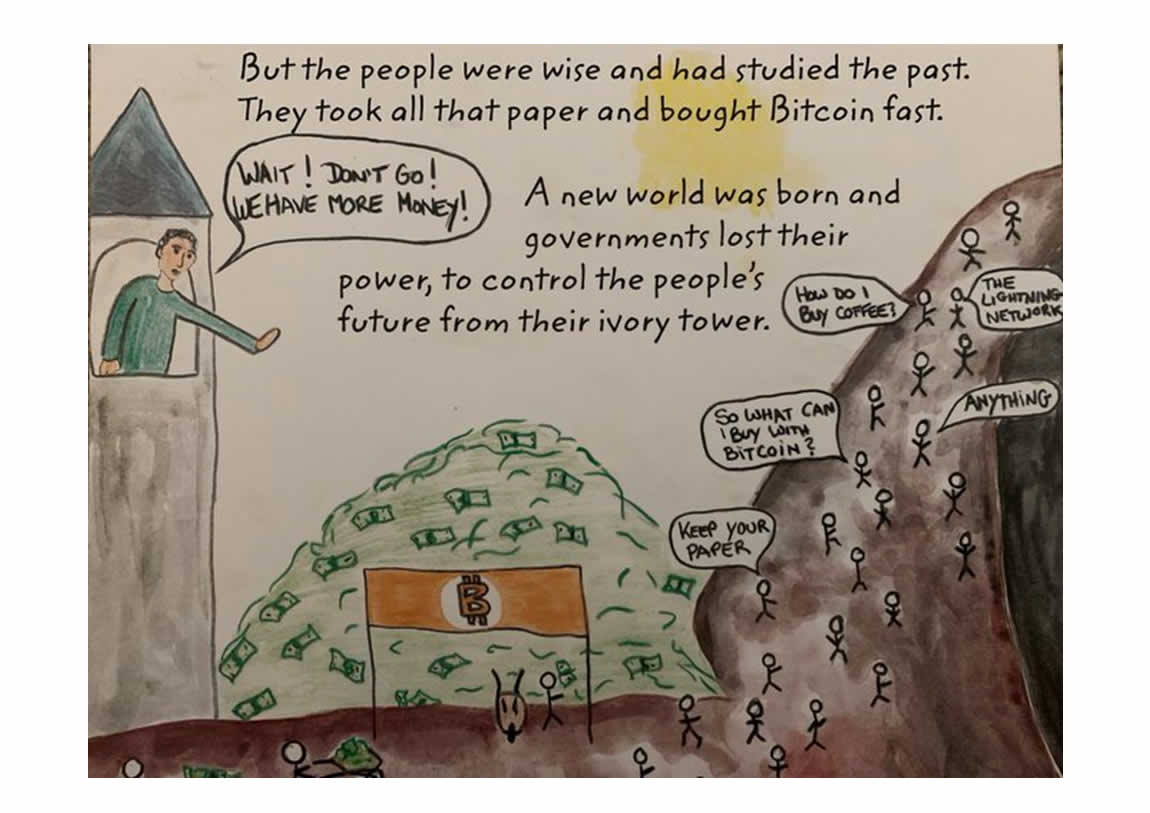 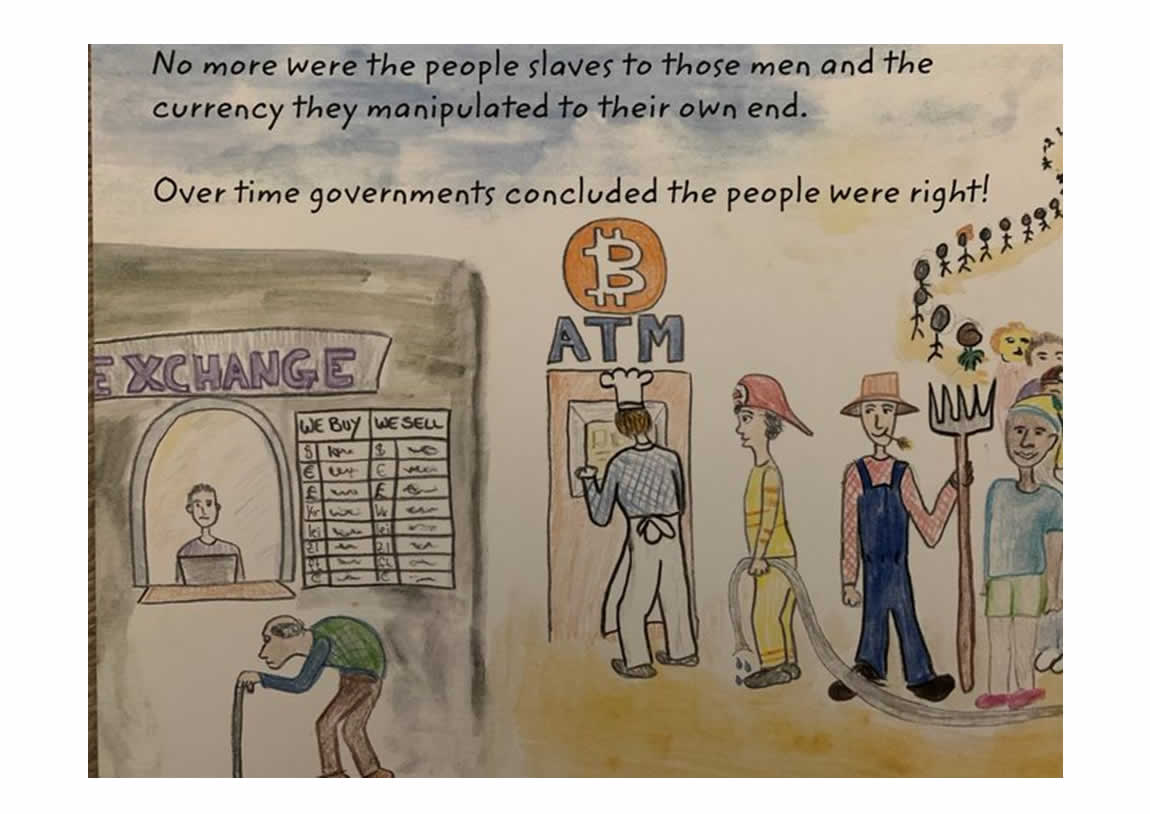 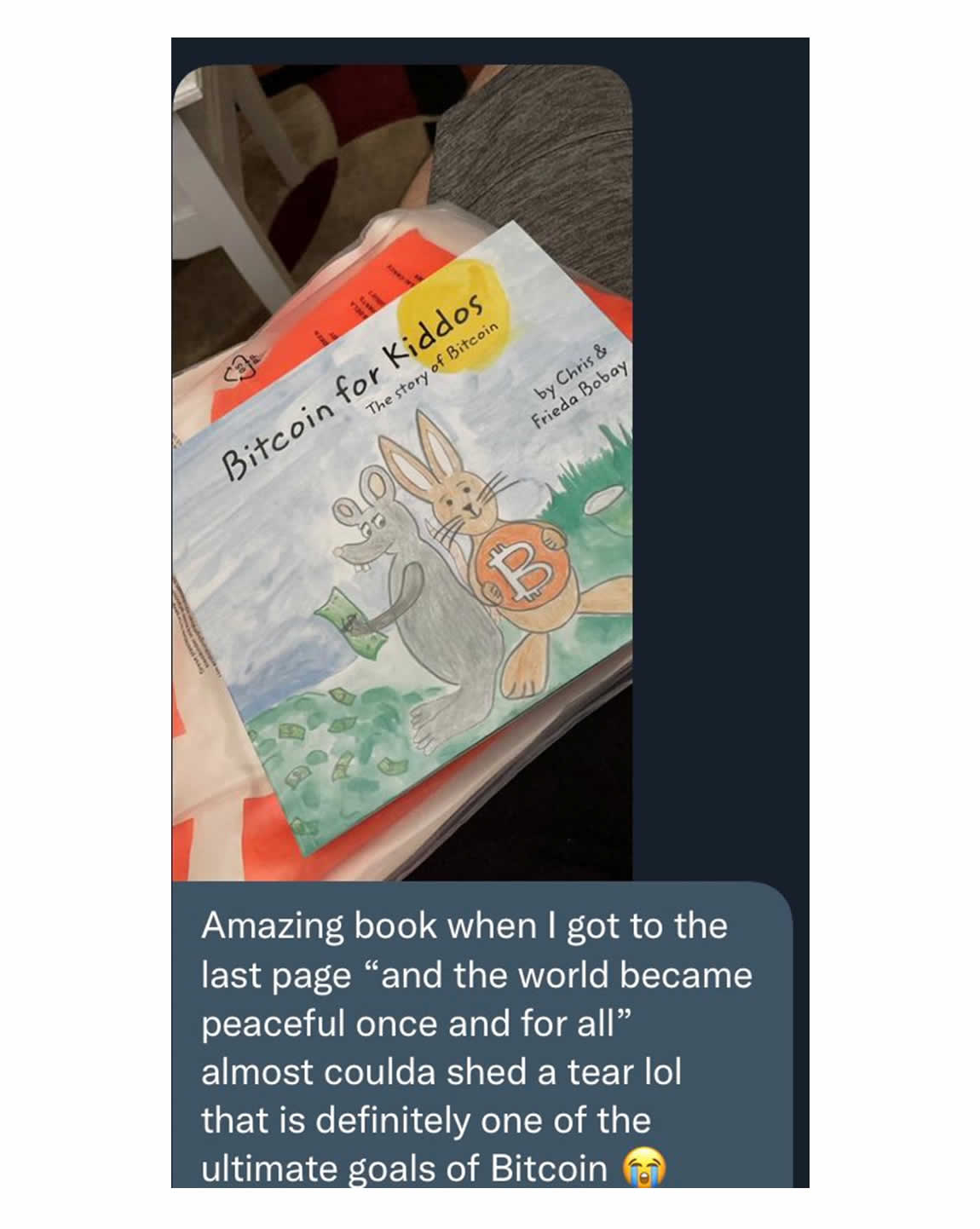 When, not IF, but when, Bitcoin is the global reserve currency.  There will be freedom from central bank tyranny.  In our humble opinion, nation states are beholden to central banks, which are privately owned.  The Federal Reserve is private!  Did you know that?  It is not part of the federal government.  The IRS is private too.  Do some research on it!  When the US was started, there was no central bank.  That came in 1913.  This summer we went to Jekyll Island, GA!  That is where President Herbert Hoover first met with William Rockefeller, JP Morgan, and others about starting a central bank in the US.  He later very much regretted it.  It was very dangerous for the country.  It still is!  Central banks worldwide control the flow of money.  Wars are started to control the supply of Gold and Silver so that fiat currency will remain in control of money supply globally.  With Bitcoin, central banks lose their control.  That is the difference.  Bitcoin cannot be controlled by central banks.  It’s made of math.  It’s an algorithym, not an organization or an inanimate object like Gold.  Thus, there is freedom in Bitcoin due to it’s true decentralization.  This brings a lot of good to the world.  Which is the point of the book “Bitcoin for Kiddos”.

Consider home prices.  Nationwide, in the US they have risen 19% this year compared to last year.  That is much higher than average.  Inflation is coming at us much faster than in 2020: 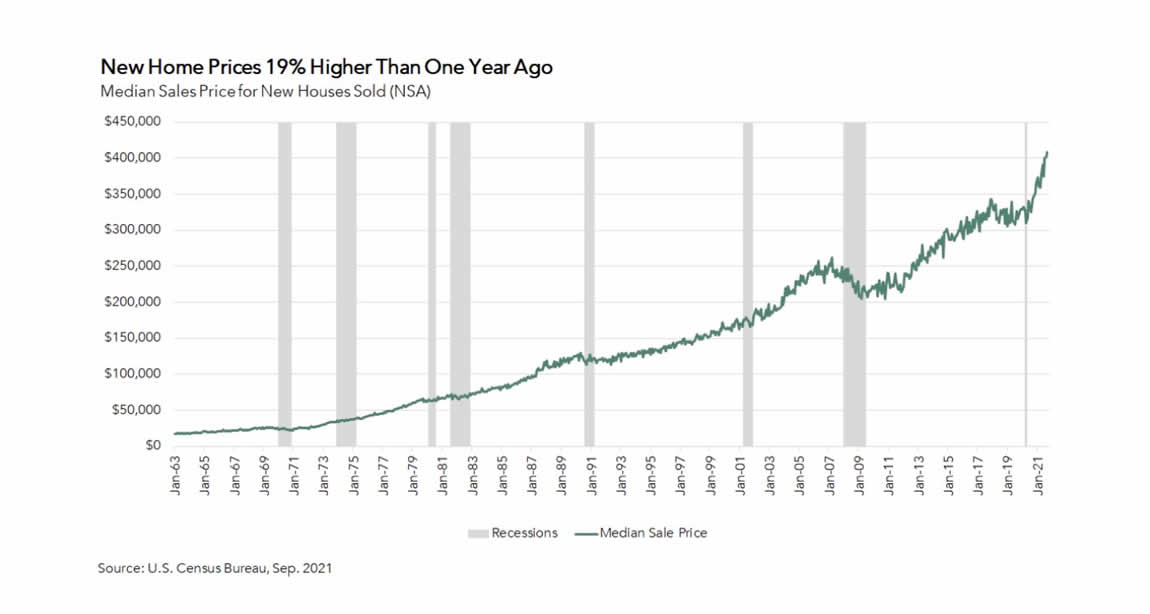 If your not getting a 12% to 15% raise per year now, your pay is not keeping pace with inflation!  Real inflation, not CPI inflation!  Another reason why Bitcoin is freedom.  It brings a persons income up to and above inflation levels.  Bitcoin averages over 200% annual returns.  If the US ever got to hyperinflation levels (officially 50% inflation per month), Bitcoin would outpace that too.  The whole world would rush into Bitcoin to escape!  This is why we always say, Bitcoin is a Liferaft!  Time to get in!