Bitcoin in a Bull Flag. Dragging Out a Bull Market is a Good Thing

Who wants the bull market to end too soon!  Bitcoin printed a small W and broke out close to $50K on Monday.  Today it is trading sideways to slightly down.  It appears this is a bull flag and eventually it will break out to the upside.  We keep touting holding Bitcoin long term and not allowing a chance to lose coins by trading it too frequently.  Lets of OTC’s and others are proponents of that.  Neutral ATM owns Bitcoin ATM’s yet we are in favor of buy and hold.  Dollar cost averaging into Bitcoin long term is the best and least risky way to grow a valuable holding in this generational growth asset.  The scarcity of Bitcoin has not and will not come around often.  More people are seeing this.  That is why Neutral ATM does not see this re-accumulation Bitcoin is in now as a bad thing.  Bitcoin will break out at some point.  Below is a chart of the compound 10 year annual growth rate of Bitcoin over the long term: 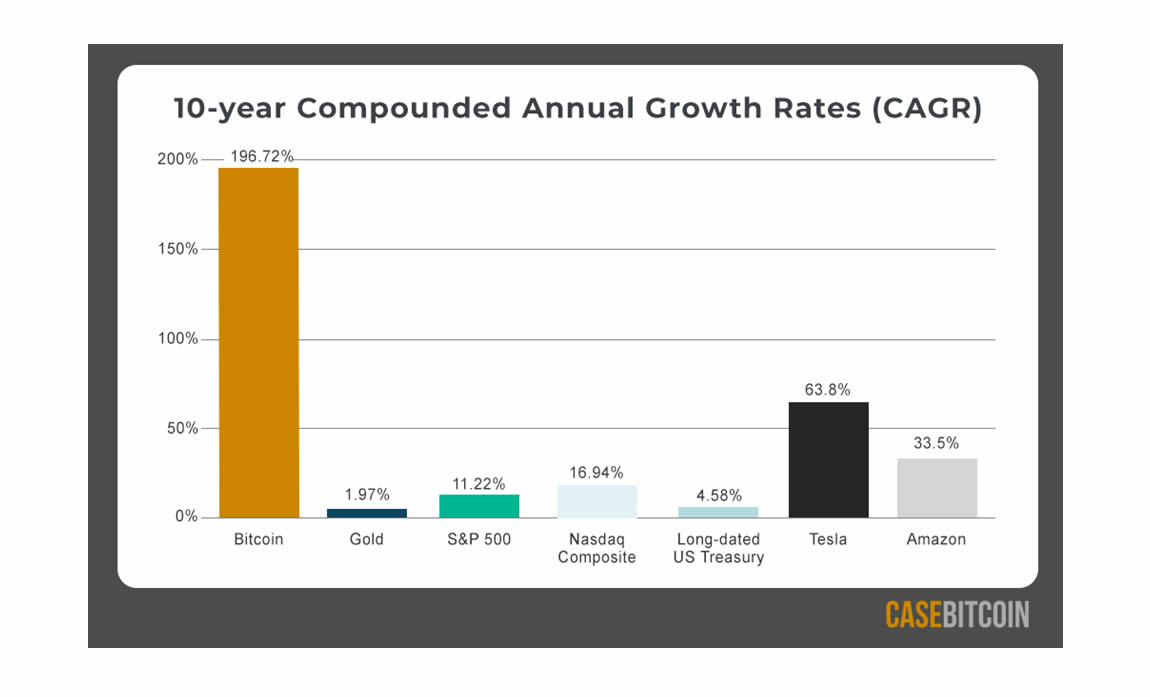 We hope this gives you a picture of the longterm value of holding Bitcoin and not trading it.  In 2009 it took 125 Bitcoin to equal one US dollar.  Now Bitcoin is halfway to flipping the value of Microsoft.  In 4 more years, maybe less, Bitcoin will flip the value of Gold.  Bitcoin has already caught and passed the value of Facebook, Tesla, Visa, and JP Morgan.  It is the hardest, scarcest, easiest to prove money in the world.  And it is built on the most secure network in the world, the blockchain.  Invest in this asset.  Use it to boost your retirement savings.  Use it to boost your savings toward whatever you are saving for.  Bitcoin is humanitarian.  Third world countries already know this.  Ride Bitcoin out longterm and experience generational wealth and freedom!  Here is a chart on Bitcoin’s progress against other assets: 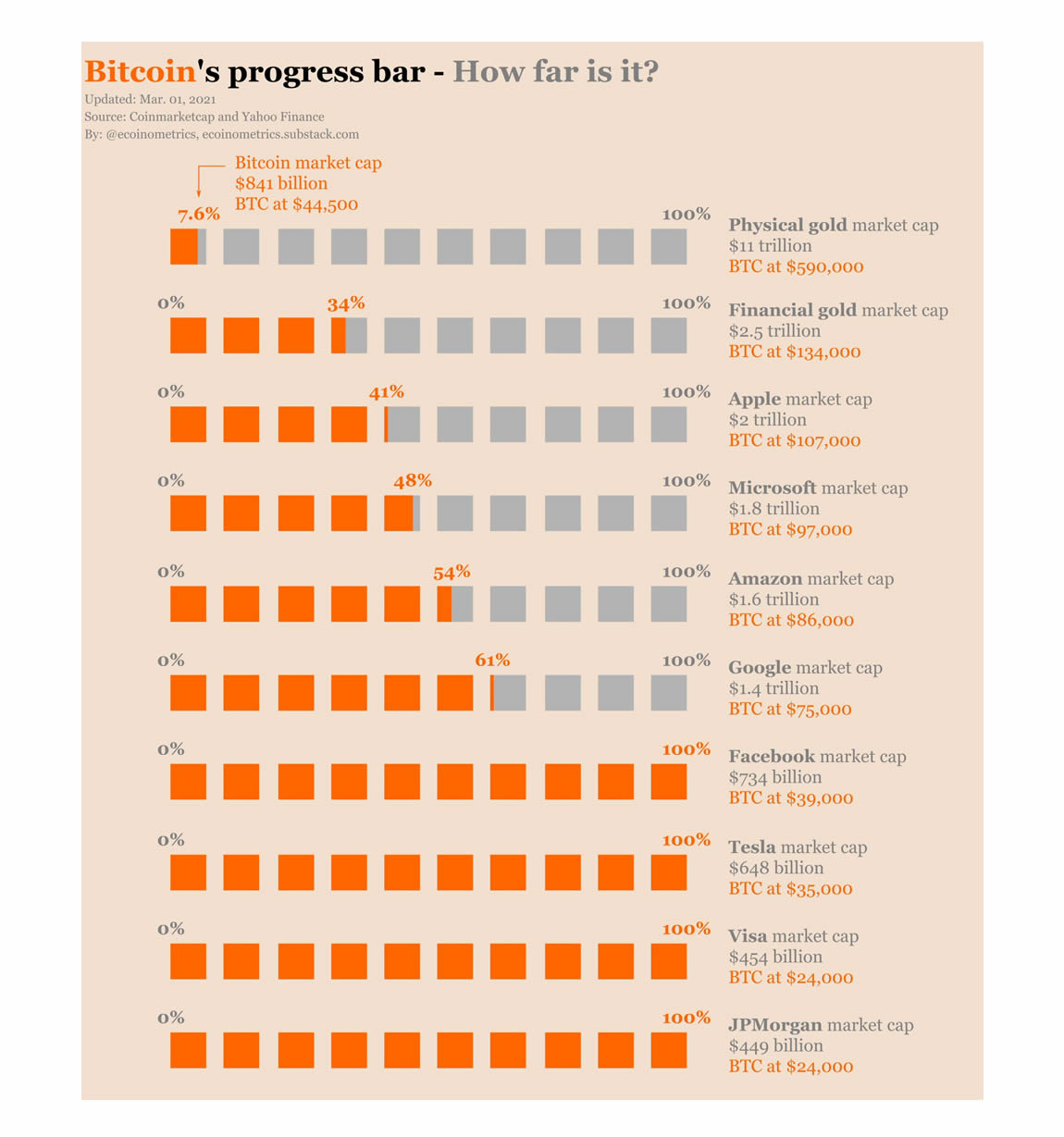 When Bitcoin does flip Gold, it will cross above $500K per coin.  We see Bitcoin passing $1million per coin in 2025.  But the emphasis should be on it’s scarcity, not it’s price.

Here is a nice visual so you can remember how valuable scarcity is in an era of out of control inflation, click here to view.