We have a lot to cover today!  We are going heavy Global Macro.  First, we have to understand what is happening in Europe.  Here is the Czech Republic and the Netherlands.  Protests against their governments shutting down farms, and taking away private lands, that produce huge amounts of food for Europe. Click here to view on twitter. Here is the link to the second article on twitter.

The Dutch farm minister just resigned in the face of mass protests all over The Netherlands, expect state sponsored violence to shut down these protests there!

Consider how much money has been funneled into the following countries below!  Where is that money going?  Why is SO MUCH money being sent there?:

All of this money has been printed from thin air!  That is just since February 2022! 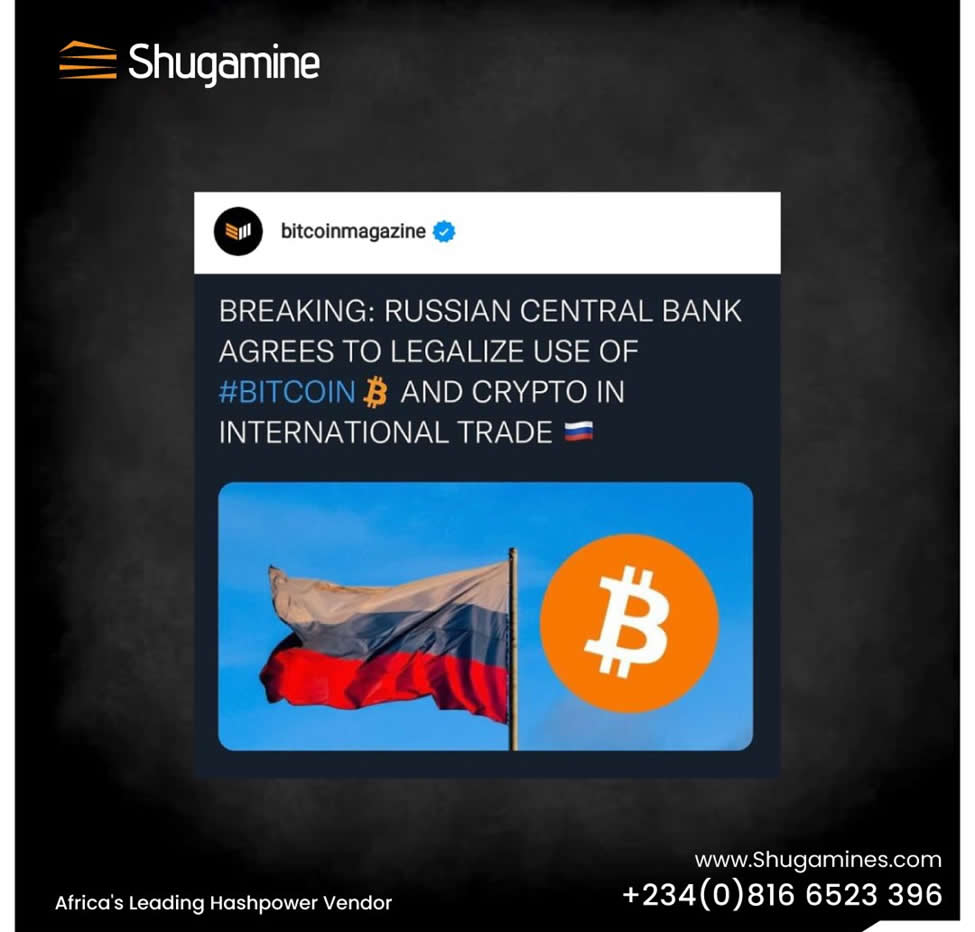 El Salvador, Maidera, Portugal, and Central African Republic have made Bitcoin legal tender, in addition.  Many other countries are attempting to use Bitcoin in either of these two capacities.  We expect this list to be over a dozen countries, 18 months from now.  Fiat currencies globally will be a thing of the past, MUCH sooner than most people can even imagine.  Bitcoin is beginning to nudge in as an accepted currency for cross border payments.  It will take time, but we believe many more countries will follow Russia and Iran.  Bitcoin is a proven store of value and it is extremely good at being fungible.  Thus, cross border payments for countries looking for international trade, in a good store of value asset.

Now, what is going to happen in Europe this winter?  Since the sanctions against Russia, that would otherwise render the Ruble worthless, have forced Russia to withhold gas supplies from Germany, until the sanctions are lifted.  It is also, why Russia approve Bitcoin for cross border payments.  So now, Germany is going to France to buy natural gas.  Look at this map below, the gas is going from Russia, through China, to France, and then Germany.  What is that going to do to natural gas costs in Europe?  Massive inflation!  Massive!  Thus, a HOT winter.  Social unrest, riots, protests and a lot of violence.  Why?  Because Germany shut down 3 nuclear plants that would have otherwise supplied the natural gas they needed for winter 2022.  Then, the sanctions against Russia disallowed cross border payments in US dollars to Russia.  Thus, Russia had to use their natural resources (natural gas and pipelines) in order to negotiate cross border payments to keep their country solvent.  We won’t bring up the War.  Point is, without the crippling sanctions, Russia would not have needed to negotiate the pipelines, and natural gas with Germany.  Here is the map on the natural gas route: 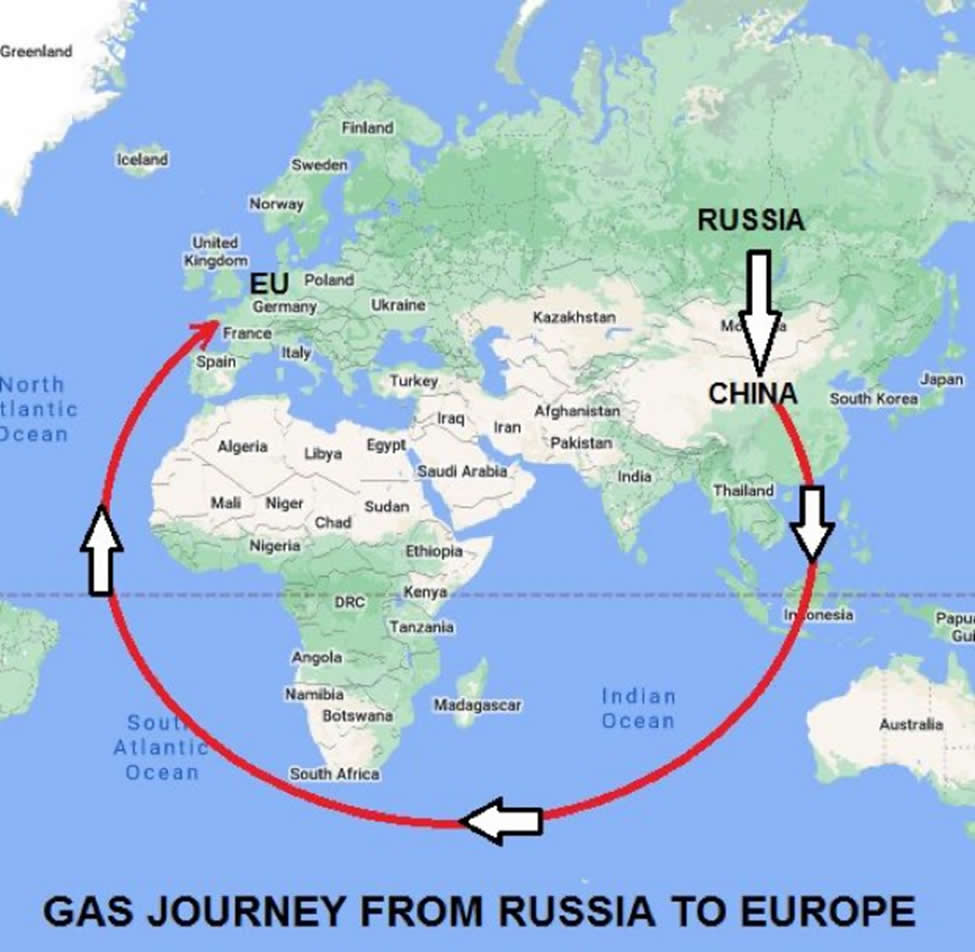 In the US, the Fed balance sheet is over 42% of GDP, highest in history.  A major reason why is funneling money to Ukraine, Isreal, and Taiwan: 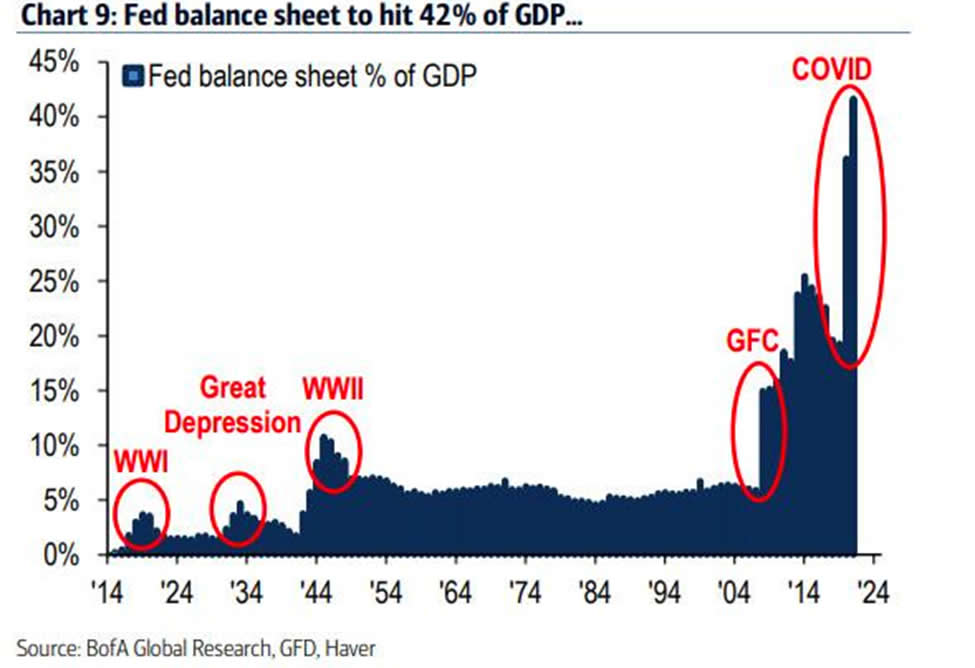 Bitcoin is the one asset that has brought freedom to the Downtrodden people of countries, that have been victimized by War and puppet regimes, placed in their countries.  Monetary debasement in currencies that have overspent, will be, and have been, hedged by Bitcoin!  Gold and Silver still hold that capacity, but compared to Bitcoin.  They are not hedges in the same sense that Bitcoin is.  See this post about the freedom Bitcoin brings to humanity, click here to view on twitter.

Unfortunately, the US Fed has decided, due to the level of debt that has been racked up.  130% debt to GDP ratio!  They have decided to continue raising rates.  Last week we showed a chart that predicted a 4% FFR (Fed Funds Rate), then it would taper back down again.  However, not to the level it was in the past.  Sub 1% FFR.  We see this as a likely outcome.  Before the FFR does begin to taper off, max pain for Europe is being instigated through raising rates, and keeping the US dollar very strong.  It brings the dollars back to the US, and forces foreign countries to buy US treasury bonds.  Here is a depiction of the US and Europe (EU) fighting it out financially: 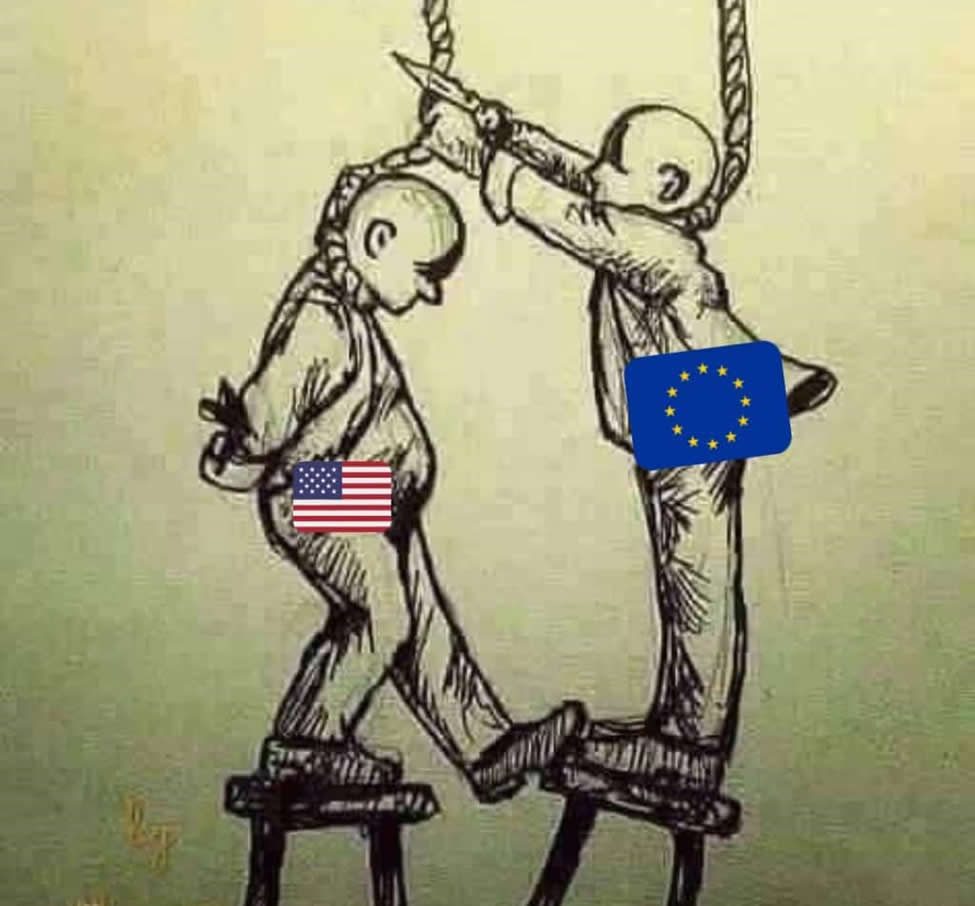 This raising of the FFR and the DXY (US dollar index) will roll over.  Until it does reverse course.  The EU will feel pain financially, and currency wars will continue.

Charlie Bilello shows this chart to depict how low the FFR (blue line) is in relation to the CPI inflation number (orange line): 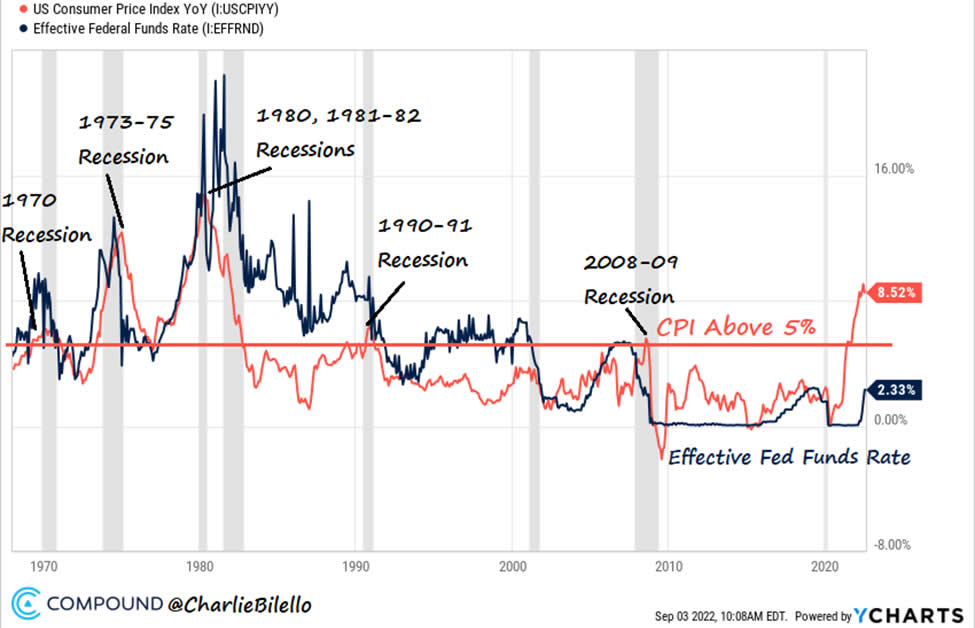 If the FFR were to bet well above the CPI number where it is now, the economic depression that would ensue would be unimaginable.  The much more believable scenario is that the FFR tops out at around 4% and then comes down next year.  Inflation, under that scenario would NOT be under control.  It would be unpegged to a Fed Funds Rate that is dropping.  At the same time this is going on, 2023 and 2024.  We expect major changes to the monetary system and we do not really know how that will look at this time.  We can easily see a scenario whereby fiat currency globally, as we know it will end.  Replaced by CBDC (central bank digital currency) or a precious metal backed currency using Bitcoin for cross border payments.  We cannot speculate on that yet, it is too far out.  What we do know is that Bitcoin is the one hedge that brings humanity freedom, and autonomy.  We all need that!  This is not financial advise and we are not financial advisors.  The global monetary system is listing to the side, and will capsize next year to some extent.  It is going to be a HOT winter in Europe, and none of us knows how the new system will look yet.  Buy Bitcoin and hold on!  Inflation is NOT done with us yet!