return to the blog
Bitcoin Hedges Inflation, But It Is Also The Flight To Safety Destination During A Deflationary Crash!

Stanley Drunkenmiller and Michael Burry are two of the top hedge fund managers in the World and they are both shorting US Treasuries, due to foreseen inflation/ hyperinflation.  Last week and early this week our blog showed SPX is as overbought as it was in 2000 and 2008 before those two major crashes.  Now, we have almost $1 trillion per day being used in the reverse repo market.  Whereby, the Fed buys back or “reposses” US Treasury Bonds, in exchange for liquidity, for a commercial bank.  Wells Fargo Bank has now cut off lending products for it’s customers.  Is this not a sign of what is to come??  Seriously, it is glaringly obvious a financial collapse is imminent, because the banking system is not on a sustainable path.  We are sorry if this is hard to hear, but reverse repo is what it is.  The last time banks were being bailed out by the Fed to this extent, was 2008.  That is deflationary.  Jobs are being replaced by machine learning (AI), and many technologies are deflationary, in this era.  Therefore, Central Banks have to print currency to keep liquidity up.  US Fed, ECB, Bank of Japan, Bank of China, worldwide.  There is a glut of currency or liquidity in all economies in the world.  Therefore, scarcity is a premium.  Bitcoin is the most scarce asset in the world.  Want proof?  See this chart below: 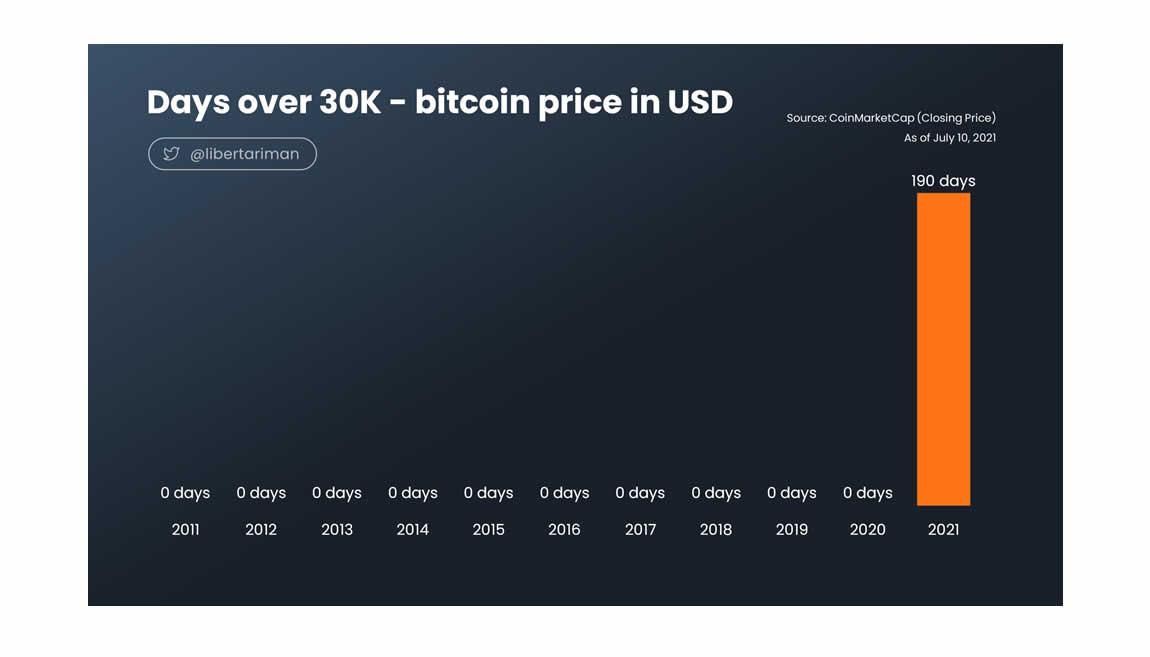 Even though Bitcoin is down 50%+ since April, it has never spent 100 days above $30K before, ever, in its history.  The hedge for a glut of currency in all economies, called inflation, is scarcity.  Bitcoin is scarce, fungible, and the greatest store of value in the history of mankind.  As central banks continue to print currency to unprecedented levels, to combat this before mentioned deflation.  Bitcoin hedges the financial pain from rising costs.  See this chart for price changes, over the last 20 years: 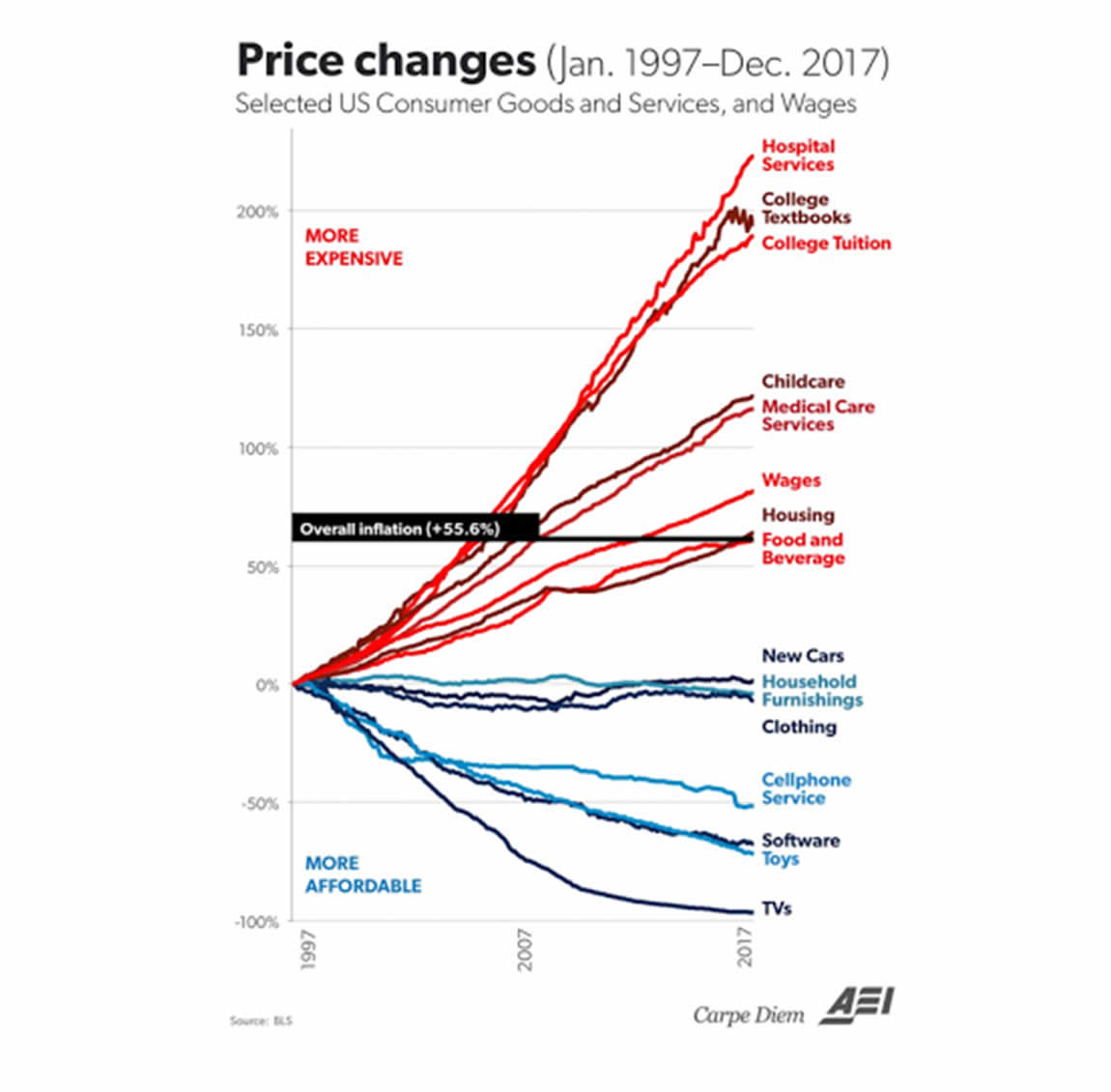 This will create poverty for anyone who does not own scarce assets (Bitcoin, Real Estate, Gold, Fine Art, Classic Cars).  For example, unless a crash happens, renters, who live paycheck to paycheck, will really struggle if they don’t own the above assets.  Notice, Fine Art and Classic Cars.  Super Wealthy people own a lot of this because they are so rare and scarce.  However, the barrier to entry in these markets is very high, financially.  We use master works to buy fractional art.  Much cheaper.  Own a fraction of a Monet, not the whole painting.  Now, look at the Bitcoin liquid supply ratio.  As this ratio climbs, accumulation of Bitcoin speeds up.  Since price is flat or falling, that is a bullish divergence:

Now, look at this chart:

Bitcoin keeps getting trapped in these descending channels and it cannot break through so far, to levels above $40K.  Frustrating.  Neutral ATM believes that once the short sellers have accumulated enough Bitcoin, a capitulation occurs.  This means, the short positions will eventually become long positions, and Bitcoin will break out; above $40K, then $50K, then $60K.  This accumulation, re-accumulation phase has not played itself out yet.  Just remember, the supply shock is starting to show itself as more and more large Bitcoin holders are motivated to accumulate Bitcoin, and hold it.  Short sellers will have to capitulate at some point, due to lack of Bitcoin supply.  Then Bitcoin will break out and probably go on a historic bull run!

If there is a stock market crash in September/ October which appears likely, that may delay the break out of Bitcoin.  However, it will act as a catalyst for the break out, when it does happen, as there is no better flight to safety hedge than Bitcoin.  Gold used to be that hedge, but Gold is flat since March 2020 when the pandemic started.  Bitcoin is still up 942%, from the March 2020 low of $3150!  Keep buying Bitcoin as these prices are severly depressed.  Hold it long term, don’t trade it.  You can buy a fraction of a Bitcoin.  $160K to $220K and beyond that, are still in play for the end of 2021, early 2022.