FTX had football stadiums named after it.  It had Super Bowl commercials!  FTX advertised in our face at every turn for a few years.  Since the collapse we now know, they were selling Bitcoin on their exchange without even owning any Bitcoin.  They simply re-hypothecated it to buy FTT, their token which they pre-mined and established out of thin air!  They pumped the value of FTT and Binance proceeded to dump it on their investors, even those who thought they had bought Bitcoin.   Their money was re-hypothecated into an air coin.  As Phil Gibson says, FTT was a stablecoin.  Yet, demand was pumped up so high (wash trading) that FTT was valued at $2 billion, within a few months after FTX was first established.  In fact, Jack Mallers and Jacob Kozhipatt tried to send out an interview on business insider, to warn people about the fraud at FTX.  However, the interview was NEVER released by @businessinsider: 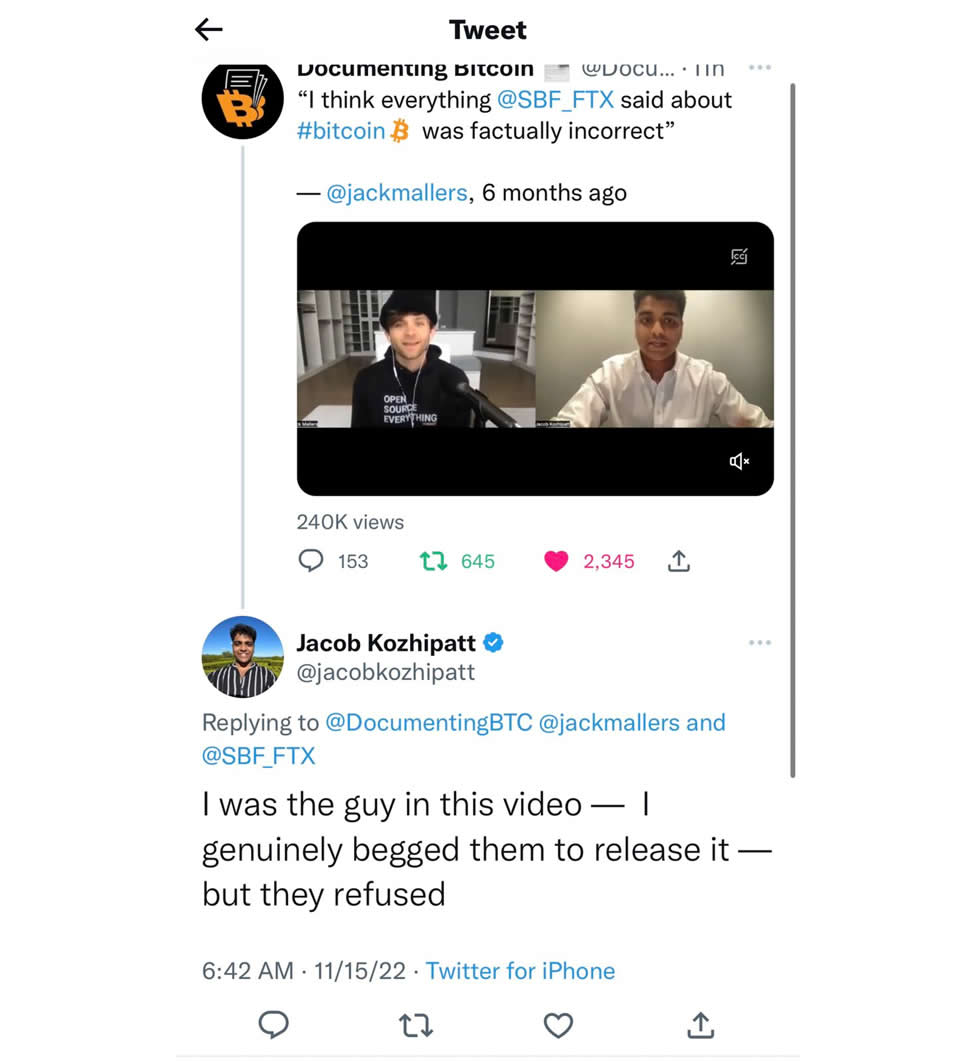 “Why was this interview never released @businessinsider?  In this interview we discussed the pure malice, and /or extreme incompetence of @SBF_FTX and @FTX_Official 6 months before its collapse!  Why didn’t you want people to hear this?  Did @SBF_FTX ever give you money?”

Max Keiser weighed in on this media free for all, to pump up FTX.  It was one of many lies media told us, to invest in Cryptos, not Bitcoin.  FTT is an example of this.  FTX investors have lost most, or all of their investment.  Click here to view the is Keiser’s tweet on twitter.

Bitcoin Archive also tweeted about the FTX fraud, which was catapulted by media lies, click here to view on Twitter.

Bitcoin held offline, outside of any exchange, in an offline wallet, whereby you hold the keys.  That would insulate the investor from fraud, like wash trading, pump and dump schemes, and phishing hacks.  Bitcoin is not a ponzi scheme.  FTT was, as are the rest of centralized Crypto Currencies.  The focus has to remain on Bitcoin for the sake of decentralization, and freedom.  Crypto’s take the focus off of the purpose of Bitcoin.  Decentralization.  Neutral ATM sold all of our Ethereum early in 2021.  It is not worth owning.  It’s centralized and could be dumped at any time.  What is worth owning is Bitcoin, if the investor understands the importance of keeping it stored offline: 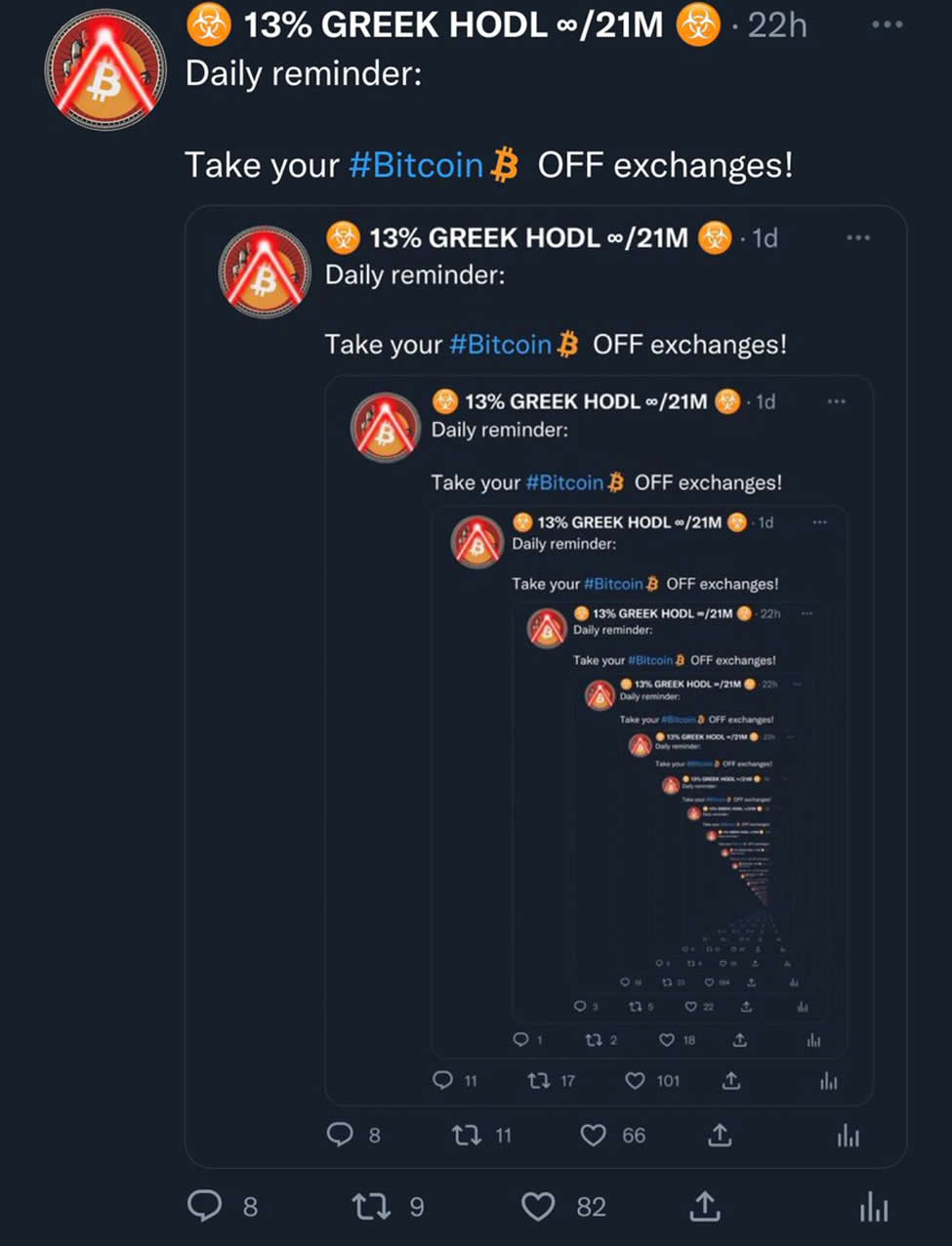 Another media lie about Bitcoin, is it’s complexity.  Using bank credit cards compared to Bitcoin, from your phone: 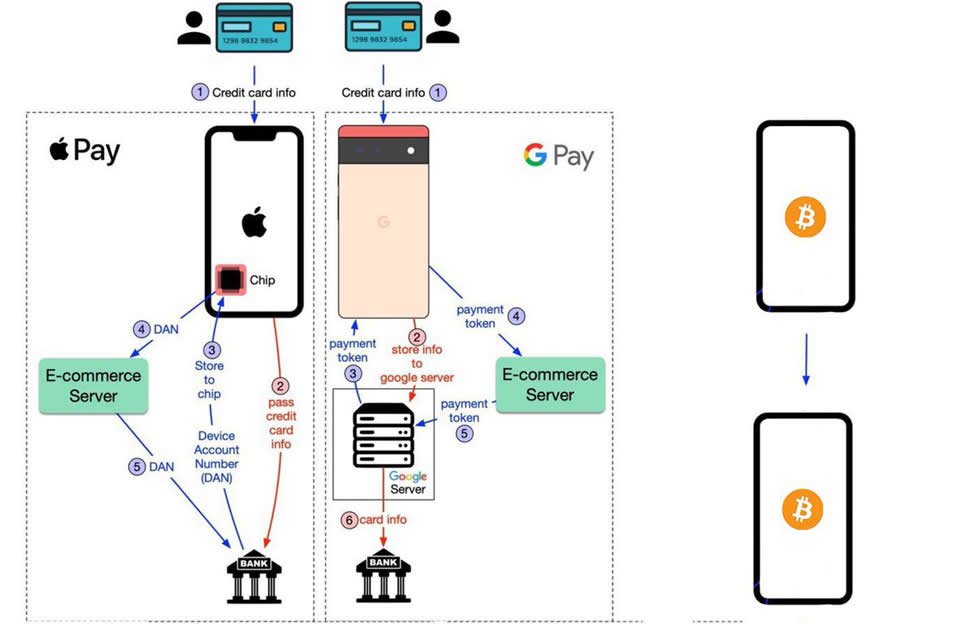 Bitcoin is simple, proof of work, based on energy.  The blockchain keeps laying out a new block every 10 minutes.  Bitcoin remains close to or above $17K, despite FTX, media FUD, and this ongoing bear market.  Eventually the inflation hedge aspect of Bitcoin will take a front seat.  Not until we move closer to the halving, set for March 2024.  Probably around a year before the halving, maybe further out than that, Bitcoin will begin to strengthen, eventually, into another bull market.  Just remember that in 2010, $1 bought what $0.42 buys today:

Hedging inflation is key, and as Bitcoin nears the halving date.  The likelihood that price action moves up gets increased, exponentially.  Bitcoin will rise up in 2023 and especially 2024, it will show the world what an inflation hedge actually is.  It did it in 2020-2021, 2017, 2013.  Next year may be fits and starts, but by 2024, Bitcoin will be in a full on bull run again.  Forget the price, and join the revolution against a fiat currency that is nothing more than a debt instrument.  You can’t save by stacking debt paper, that loses half it’s value every 10 to 12 years.  Bitcoin added 1,310X it’s value since December 2012.  It won’t do that the next 10 years, but it could 200X to 400X in that time frame.  Crypto Currencies are unregistered securities.  They are being killed off.  Wait until Binnance and Coinbase have liquidity issues!  Bitcoin is the only commodity asset among Crypto Currencies.  It requires energy and an ASIC miner to create it.  That is proof of work.  Proof of stake capitalism is too wrought with corruption to work for all people.  Thus, Bitcoin is freedom because it DOES work for all people.  Just don’t leave it on an exchange!