Bitcoin; Fed Chairman will remain hawkish. Zoom out, don’t be a slave!

After the Jackson Hole Fed economic conference, Fed Chairman Powell’s speech, which was very hawkish on Fed Fund Rates for the future, caused all markets to crash big!  Bitcoin fell 5% in 2 hours after that speech.  However, we need to dig deeper.  First of all.  Commodity prices did not crash.  After the speech all commodity prices rose substantially: 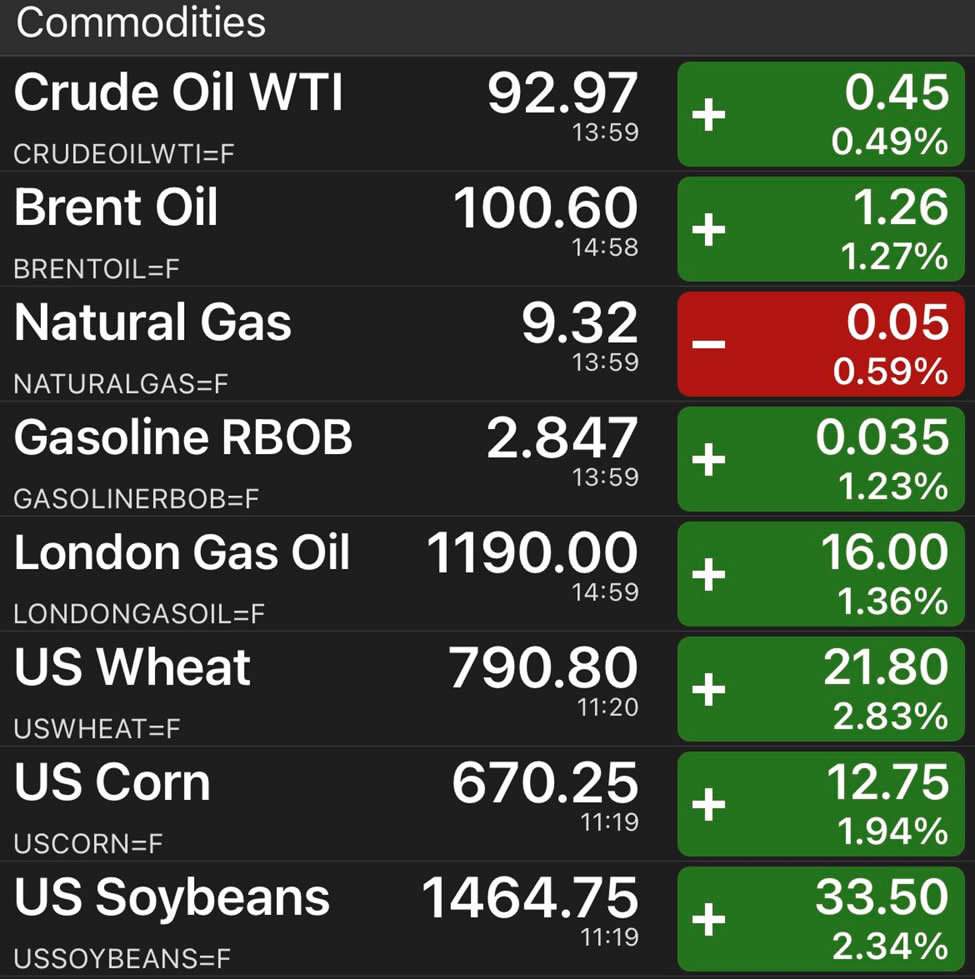 It would take a Fed Funds Rate of 30% + to stop inflation.  Therefore, these commodities above keep rising because demand is high and the supply chain is broken.  Plus, buying power of currencies for commodities, keeps dropping which is what inflation really is.  The CPI compares currencies to each other, not these commodities.  If it did, real inflation would be 30%.  Not CPI inflation of 8.5%.  At any rate, buying power for commodities required to live.  That is what truly defines inflation.  If the Fed is really going to create the pain necessary to fight this inflation, it will take a looong time, and the recession will create a lot of pain!  Thus, expect Bitcoin to consolidate around $20K a while longer.  We still do not believe the Fed can control inflation, over the long term!  There is just too much government spending to control inflation.

Could the Fed be creating a situation where all US dollars in Europe are being brought home by strengthening the DXY index?  As the Euro crashes and has already reached US dollar parity, will it continue all of 2022?  Will this get the DXY to 120 by end of year? 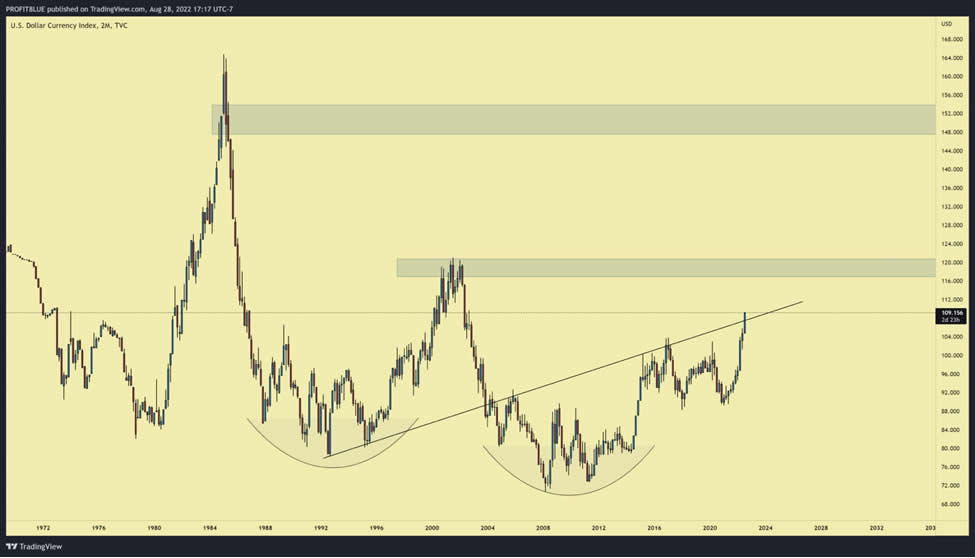 CBDC’s would lead to a serious loss of freedoms for any country subjected to them.  They would create more inflation because CBDC’s would have a time limit on them, to be spent, before they lose value.  This is to create more velocity of money.  The faster money is spent, the higher the velocity of money is.  As that grows, it creates more inflation.  CBDC’s would still be created by the central bank.  It would simply be direct, and cut out the commercial banks.  Here is a chart that gives more detail explaining what CBDC’s would do to society: 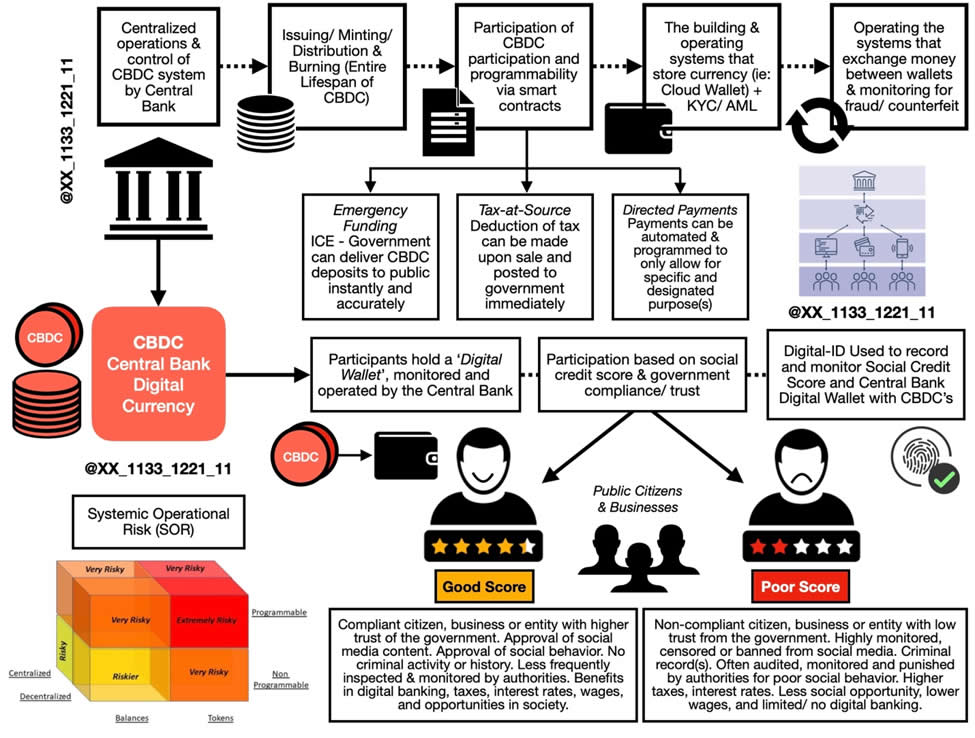 If CBDC’s are rolled out in the future, it will create much higher demand for Bitcoin.  Since, as we have written about agnauseum, Bitcoin is decentralized.  Governments and central banks cannot stop or control it.  Therefore, if or when CBDC’s are rolled out, they will only add rocket fuel to Bitcoin adoption and grow it’s base.  We do not hope for this roll out to ever happen.  It only goes to show, decentralization is becoming more and more necessary today!  Seperation of money from state, has increased in popularity and necessity.  We see this necessity only increasing in future years.  We also see, inflation increasing in future years.  Both are hedged by Bitcoin.  Think of it as an inflation and self sovereignty hedge!  Therefore, this bear market will end.  It may take the rest of the year, but it will end.  See this chart below predicting $36K Bitcoin by Christmas:

Or this chart showing the next ATH in early 2023:

We are not predicting future prices.  What we are doing, is holding and buying up as much Bitcoin as we possibly can.  We know that next year, and especially in 2024, Bitcoin will soar.  We see inflation getting worse, we know the best hedge is Bitcoin.  These prices will not be at this level in 2023.  We don’t know how long low $20K’s will last.  So buy it now, and hold it long term!  This is not financial advise, and we are not financial advisors.  We can see where this is going.  Sovereignty may be lost, buying power as well.  Yet if Bitcoin is used as the hedge, it can restore that lost buying power, and self sovereignty.  That is what Bitcoin does, it restores what was previously being taken away.  Don’t be a slave to the system.  Buy Bitcoin!