As bad as Saturday morning was, kind of ruined our weekend.  We see evidence of whales buying up Bitcoin at these prices.  The tweets from a Bitcoin whale buying up Bitcoin after this dump and the previous dump in June 2021.  When Bitcoin hit $29K in June, it quickly doubled to $64K, then formed a double top in early November at the new ATH, $59K.  If Bitcoin does form a double bottom with a pump then another dump into the $40’s.  That is a legitimate double bottom, which signals a trend reversal.  See the chart below:

In this current trading view chart, in real time.  Bitcoin is now $50,650 and climbing.  Will it dump again soon to form the double bottom?  Time will tell.  Click here to view the chart.

We see this as a likely scenario.  An October to early November double top, dump to new lows, then early and mid December double bottom.  This sets up for a huge pump in January 2022.  Delays are part of life.  We are not very patient!  Yet, this bull run has been delayed.

Plan B who invented the stock to flow chart, came out with this chart showing realized cap holding down Bitcoin price action.  This shorting and suppression of the price happened in mid bull market cycle in 2013 and it appears to be happening again.  Remember, we have said this before in past blogs.  The consolidation in 2013 lasted….~6 months!  Nobody wanted to believe Bitcoin would consolidate and dump a few times in mid bull market cycle, starting in late April 2021.  Tack on six months and that is late December 2021.  What if Bitcoin goes parabolic very late this month and into January?

Everyone has been talking about this latest dump, meaning Bitcoin is transitioning into a super cycle.  Where it just goes up slowly and there is no bear market.  We don’t buy that.  The charts simply say otherwise.  As we said yesterday, our thesis is Bitcoin cycles rhyme, and this cycle rhymes with 2013!  See the realized cap chart from Plan B: 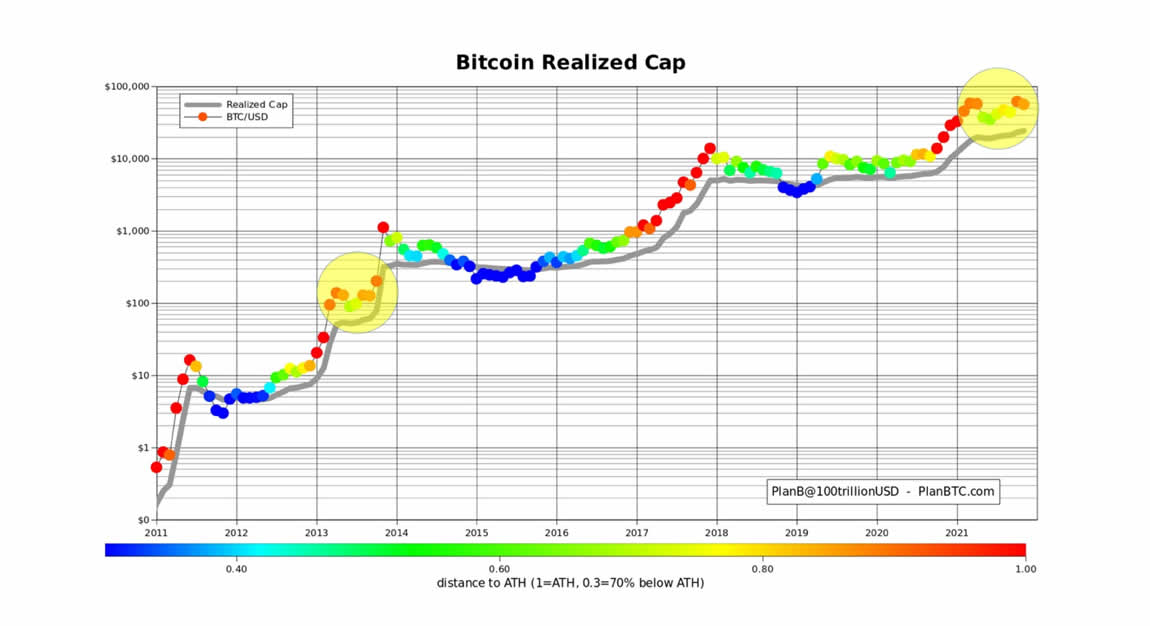 On chain analysis works in a similar way.  On chain cost basis in this chart below shows that Bitcoin price is below the cost basis of the majority of recent investors.  Historically it does not stay negative for long.  Based on past charting behavior, Bitcoin should move up soon.  We are thinking very late December and through January.  We shall see.  The chips will fall where they may.  Remember, this is not financial advise and we are not financial advisors.  Here is the on chain cost basis chart below: 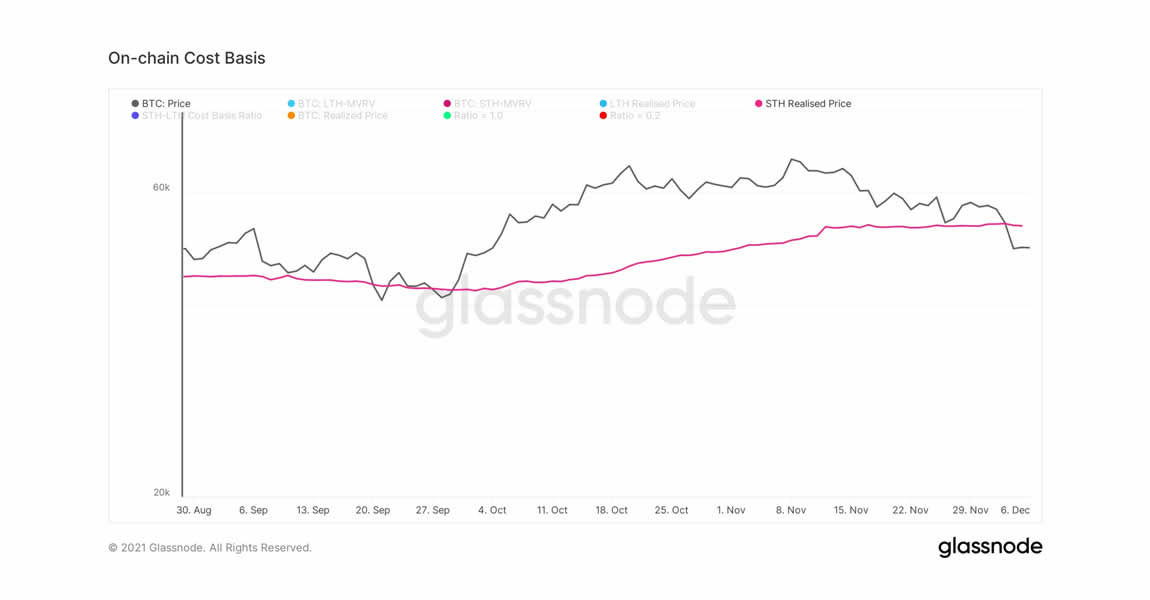 Will Clemente is the on chain analysis guru.  He sees institutional investors using the Bitcoin future’s ETF’s for long positions more in the new year when P&L are fresh.  Many positions were in the positive gains area, and those profits were locked in before end of year.  2022 the books start over and he expects a big January.  We looked up January 2021 and it nearly doubled between January 1st and January 8th last year.  Not to say that will repeat but we have been seeing a major move up in Bitcoin all month.  We got a fake out on Saturday and that caught a lot of investors by surprise.  However, the reason for it was too much liquidity on the books.  Here is Will Clemente’s analysis:

Bitcoin bottomed and is up over $51K now.  Here is a chart from earlier on Monday afternoon: 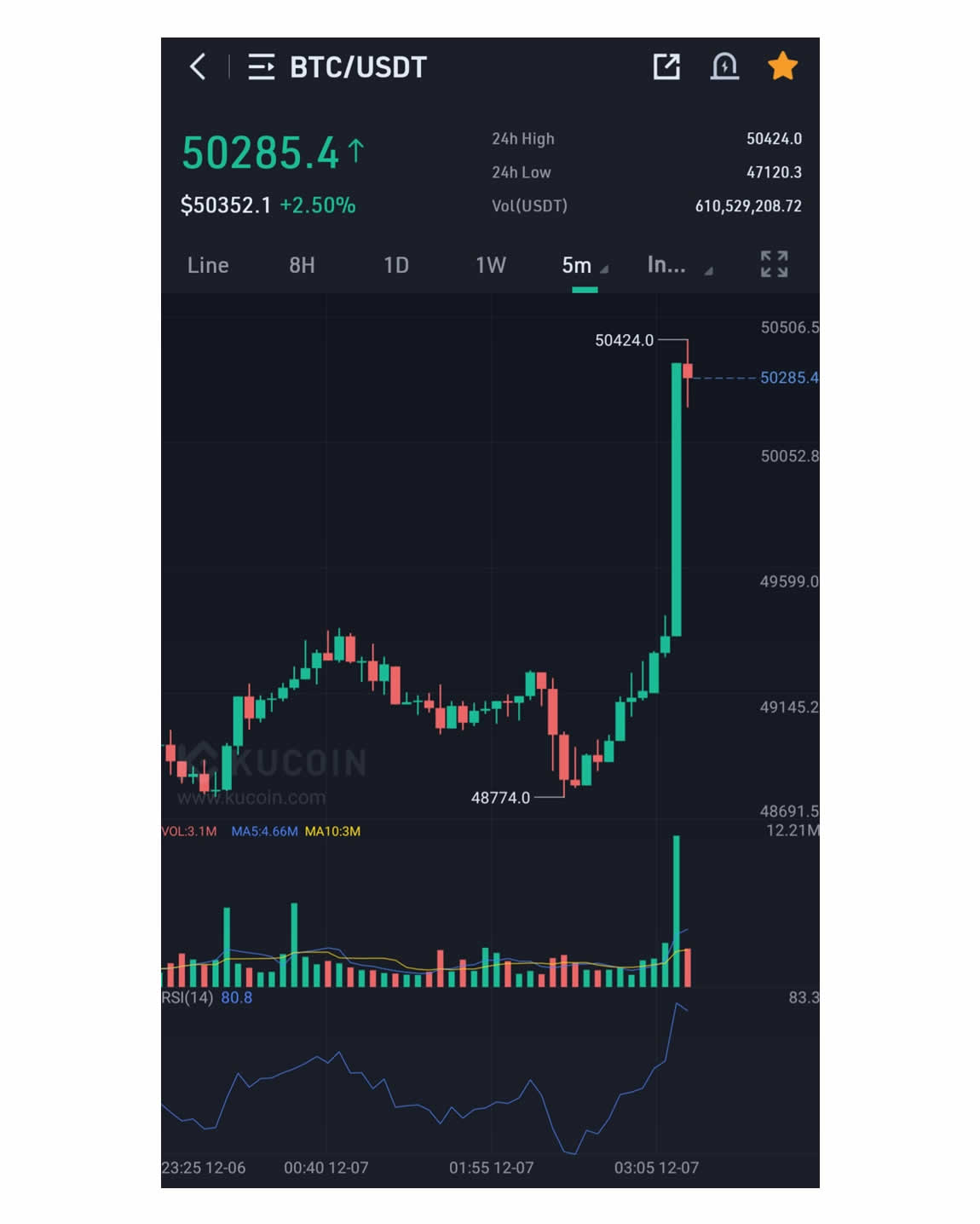 We expect another bottom maybe around $44K to $48K.  This would have the effect of liquidating out more leverage that did’nt get done on Saturday.  After that, it would make sense if a real bull run ensues into January.  Hard to see past that right now.  We just have to HODL and find out.  Nobody ever said it was easy: 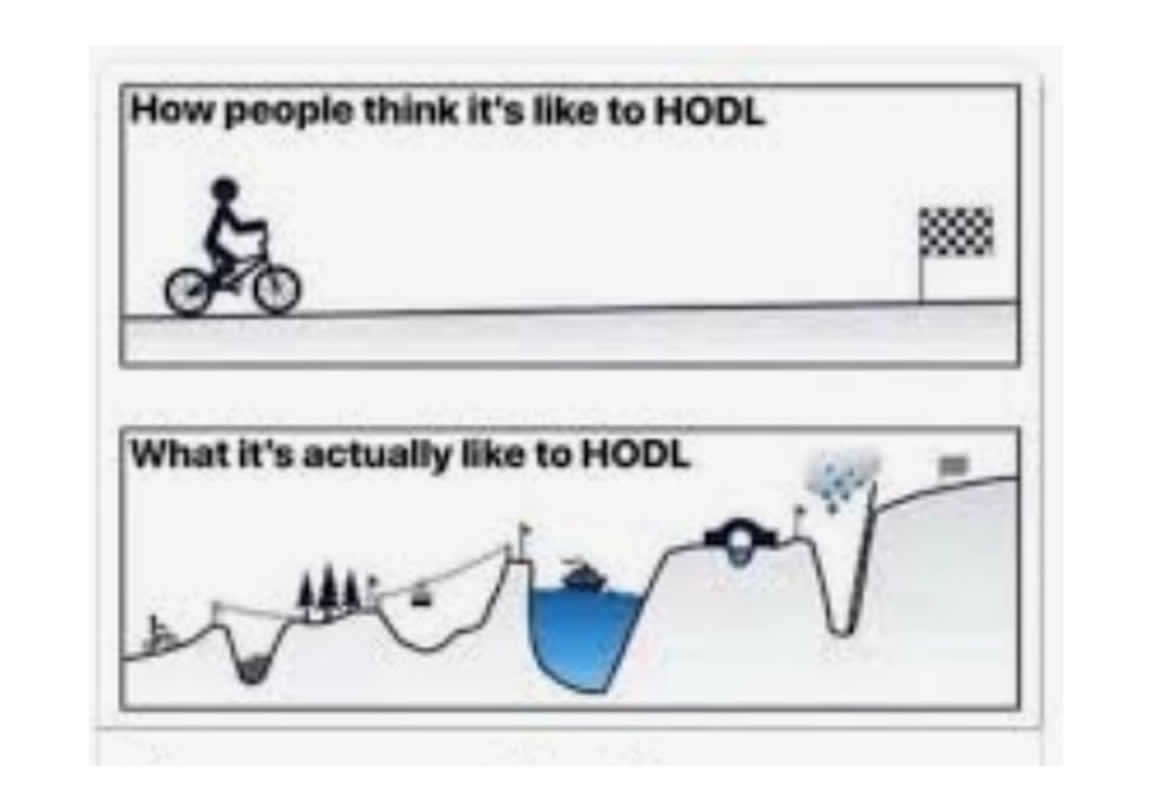 Bitcoin may not be for the faint hearted.  We love the asset as a LONGTERM store of value.  We study and understand the why when it comes to this volatility.  It can be embraced, but first it must be understood.

Tomorrow, we are moving a location from Texas Gun Club to Live Oak Grill in SugarLand.  1,000 people per day dine at Live Oak Grill, it’s one of the best restaurants in Sugar Land.  Come and check it out, we would love to help you buy or sell Bitcoin there as well!