As expected, Bitcoin broke out on Sunday and more today.  It has hit $66,551 today so far.  Below is the bull flag it had printed on Saturday.  The breakout should reach close to $74K or a little over.  We will see what it does.  That is what we expect this week.  Here is the break out chart from Saturday:

So, Bitcoin has proven neysayers wrong again, it broke out not down.  Thus, the second leg of the break out appears to be in progress now.  There is no resistance above $67K, so we are not surprised Bitcoin is finding resistance underneath $67K.  Once that breaks, the continued break out will be swift!  Bitcoin’s supply profile is also looking strong.  Per Willie Woo, Bitcoin is not likely to drop below a $1 trillion asset in terms of market cap.  There is strong support at $60K.  See the chart below: 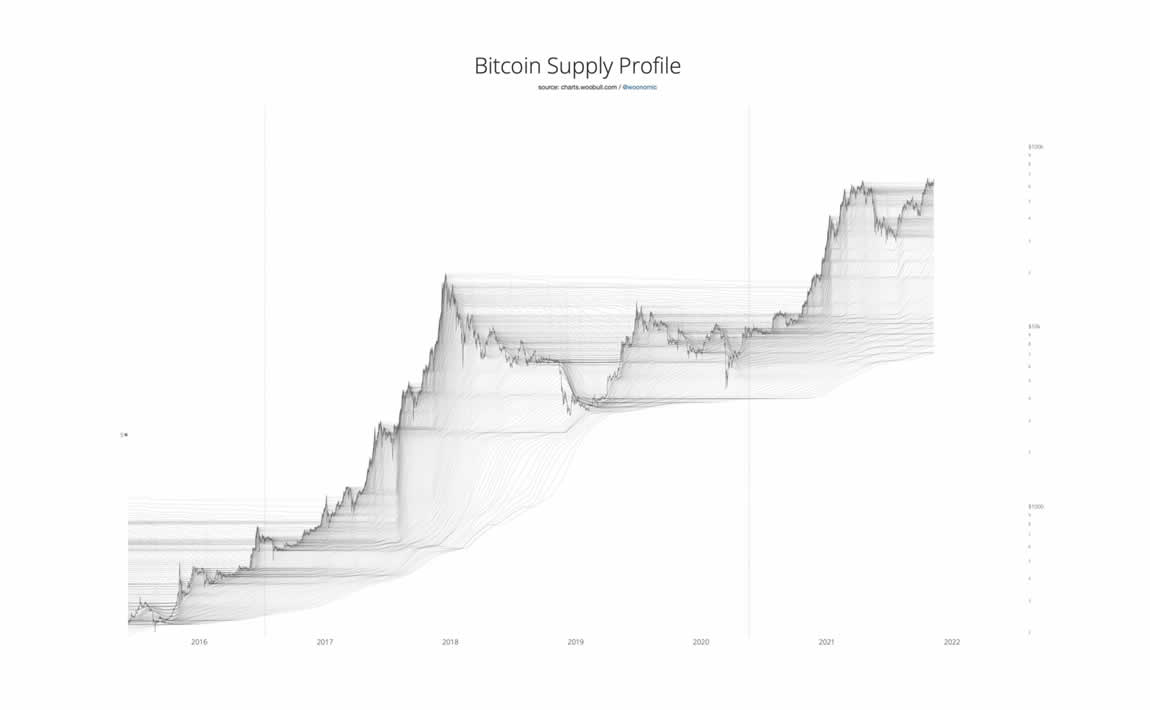 There is a shrinking amount of Bitcoin supply below the $1 trillion market cap level.  This is a supply squeeze and we expect this to play out the rest of 2021.  We will see if it goes beyond that.  Too soon to tell.

The next chart shows Bitcoin approaching the resistance which it has now broken through.  This chart is from yesterday:

Bitcoin breaking the all time high will be the next watershed, less than $500 away:

The next and final chart is looking at where the 2.272 fibonacchi level was during the end of the 2013, 2017, and 2021 bull markets.  Above that fibonacchi level is where Bitcoin had it’s blow off top the last two cycles.  Based on that recent past, and the fact that Bitcoin cycles rhyme with each other.  It stands to reason Bitcoin could still surpass $200K by the end of the year.  That may surprise some people.  But it IS possible:

The rhyming nature of each cycle has been a theme in many of our blogs.  It pays to research this and pay attention to history.  Repeat?  No.  But rhyme, we have seen it in every bull market cycle.  We see NO reason to believe Bitcoin will go way off schedule now!