Bitcoin is in between trend lines.  It takes time to create the leverage necessary to break through $60K for good and use it as support!  We all have to be patient for this to take place.  We KNOW it will: 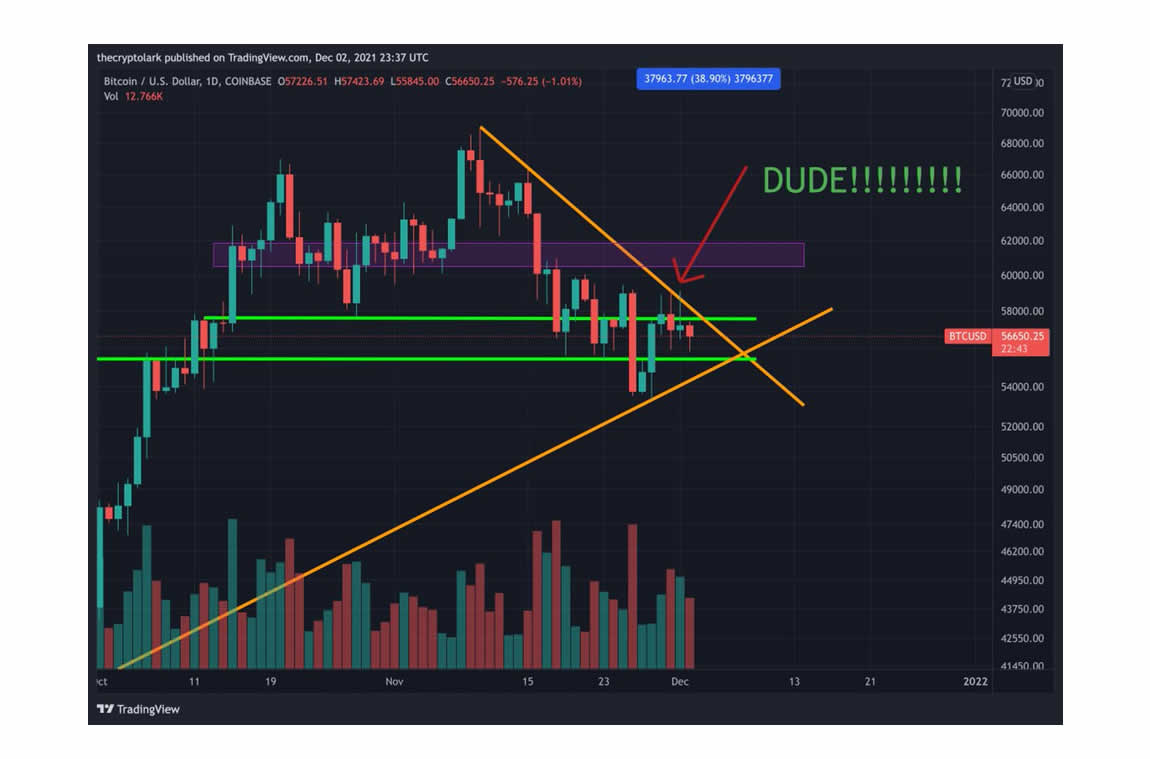 In fact, Bitcoin just now broke down to $54,634.  Is that an issue?  No.  Support has to be tested, before a new ATH can be reached.  Bitcoin will break out, we just don’t know exactly when.  Here is another chart regarding on chain cost bases, showing Bitcoin testing support: 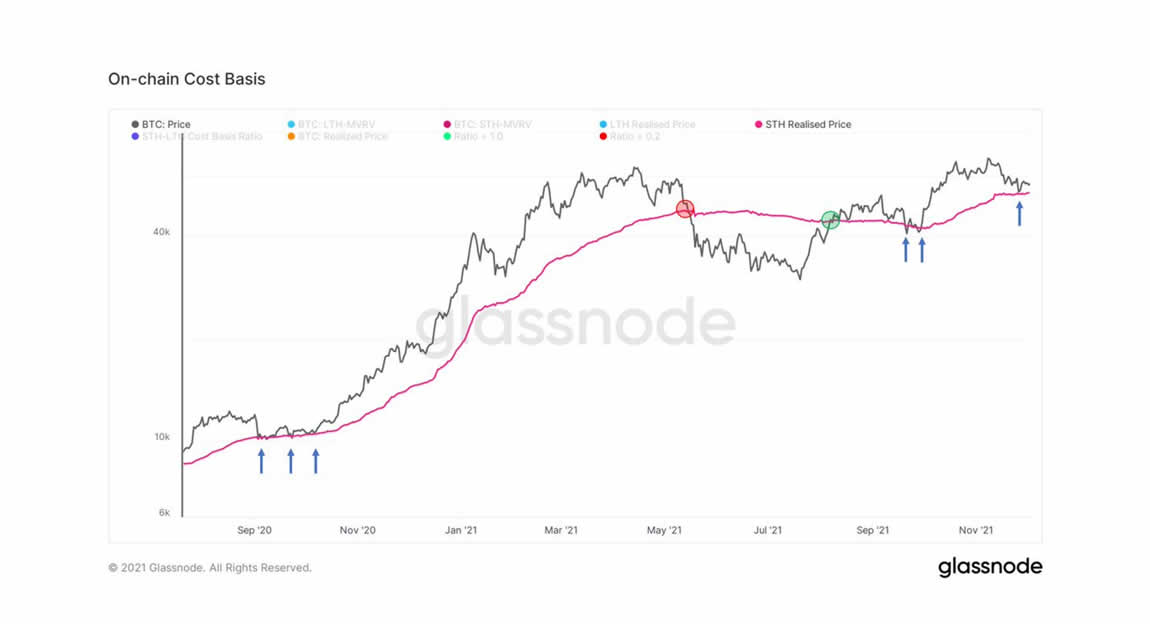 As I write this it’s already back over $55K.  Zoom out and realize the big picture!  The next chart shows this a different way.  Bitcoin as a macro asset, compared to other macro assets is still really early: 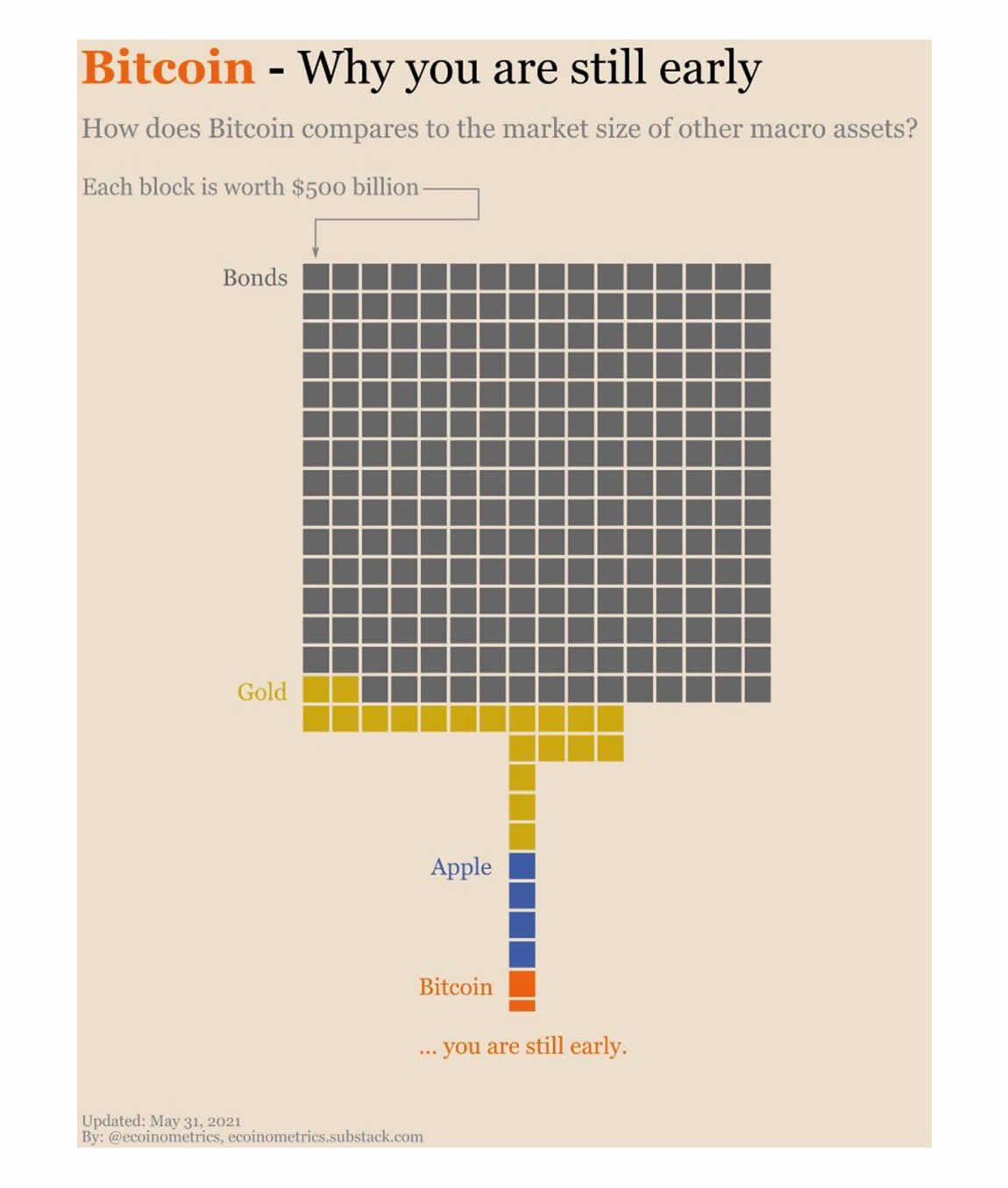 We have established in all of our blogs that Bitcoin is the best inflation hedge on the planet.  We have demonstrated it’s scarcity, decentralization, and fungibility.  Now let’s take another look at the global macro environment, which Bitcoin was made to counteract.  This next chart is leveraged asset levels.  Look at the parabolic move up, as broker and dealers lever up to buy assets, since Covid 19 broke out:

10 year bond rates have formed a double top and are falling.  See this chart below.  If bond rates at the 10 year and 30 year level do fall further, real yields go down and this puts more pressure on risk off assets: 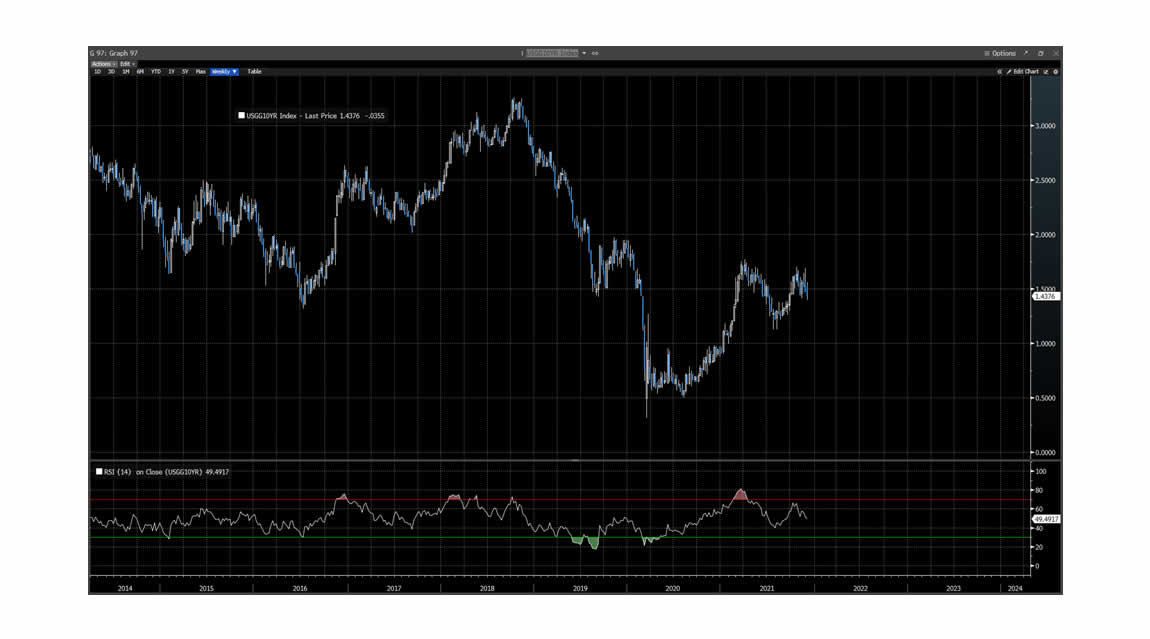 In other words, lower bond yield rates will create a need to taper QE spending and will eventually push the stock market crash we have been discussing in most daily blogs.

Below is a CNBC headline fronting this claim exactly: 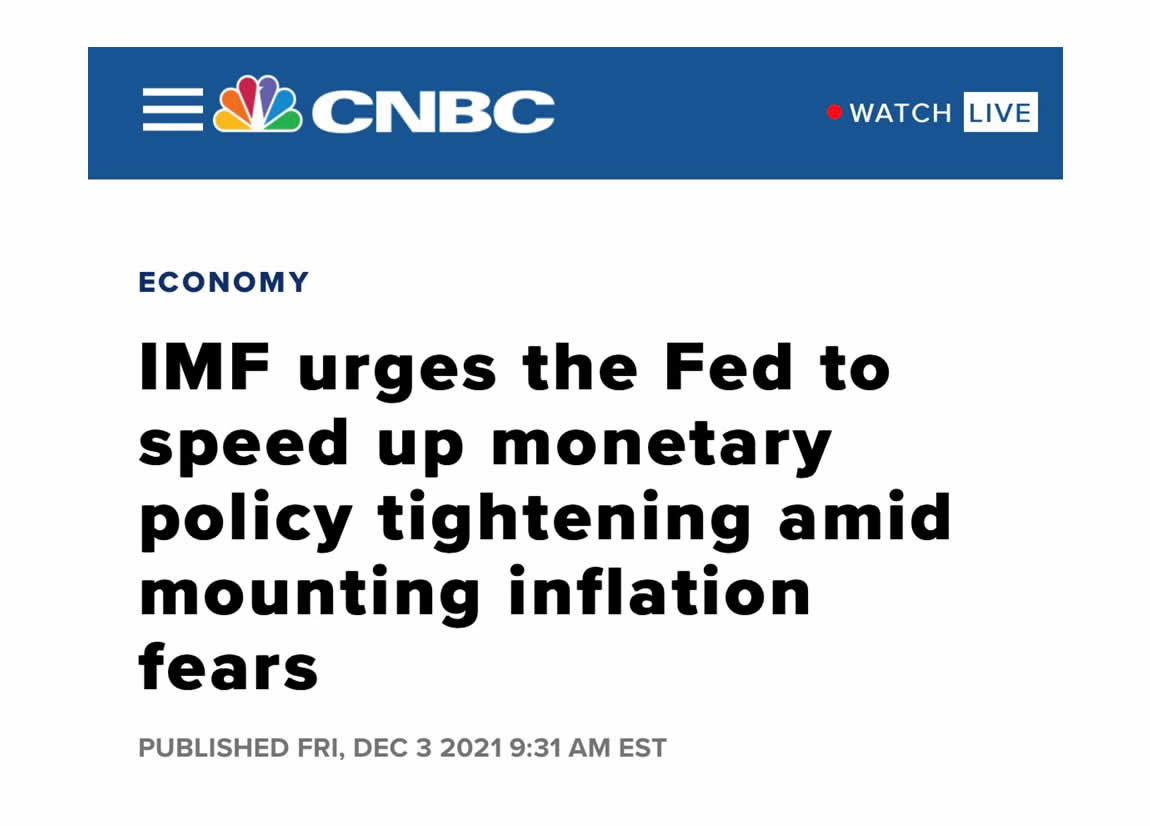 Monetary tightening of QE spending and stimulus spending may slow down inflation, but it WILL speed up a deflationary stock market crash.  This will bleed into real estate in 2022.  More proof below, the VIX is up big, while the SPY is breaking support down.  This information coming out is probably a leading reason Bitcoin droped some today.  It may well follow the stock markets down, but it’s recovery will be much, much steeper and faster on the way back up.  If this does happen, a longer bull market and a top further into 2022 is more likely.  Here is the chart below: 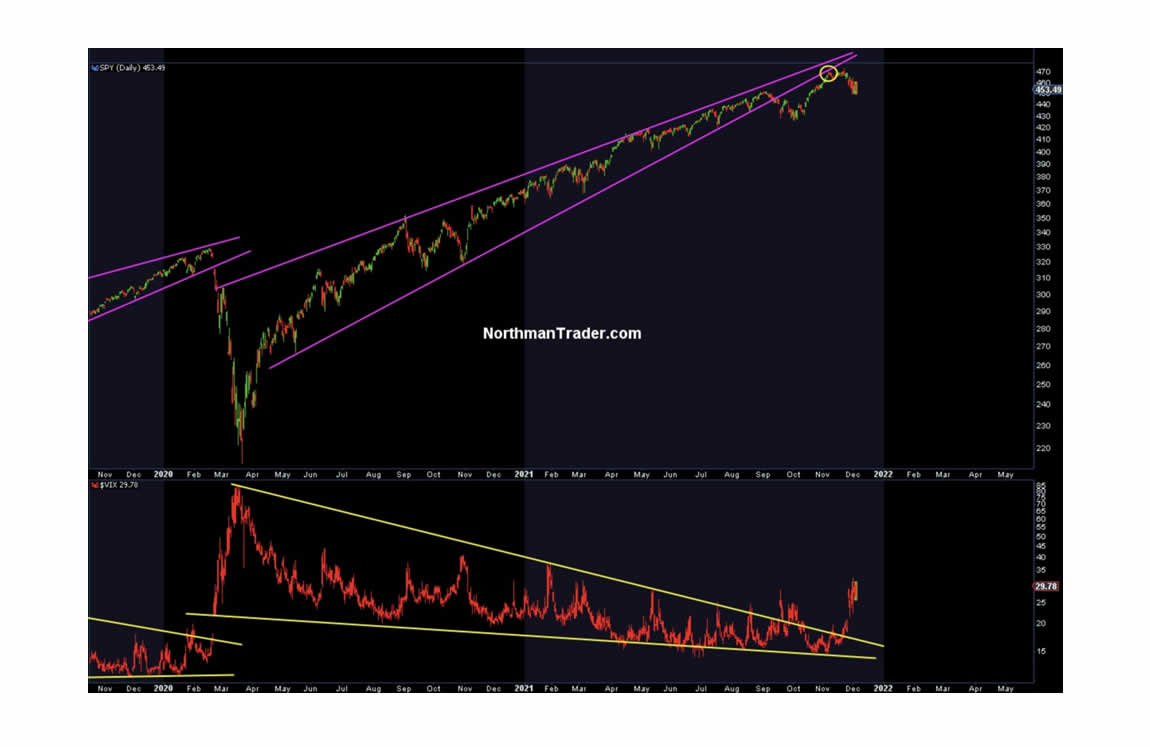 This next picture is the CEO of Goldman Sachs with Ghislaine Maxwell.  As more evidence is leaked from this trial, we are certain many executives, especially entertainment, mass media, wall street, big tech, and pharmaceutical, will be exposed!: 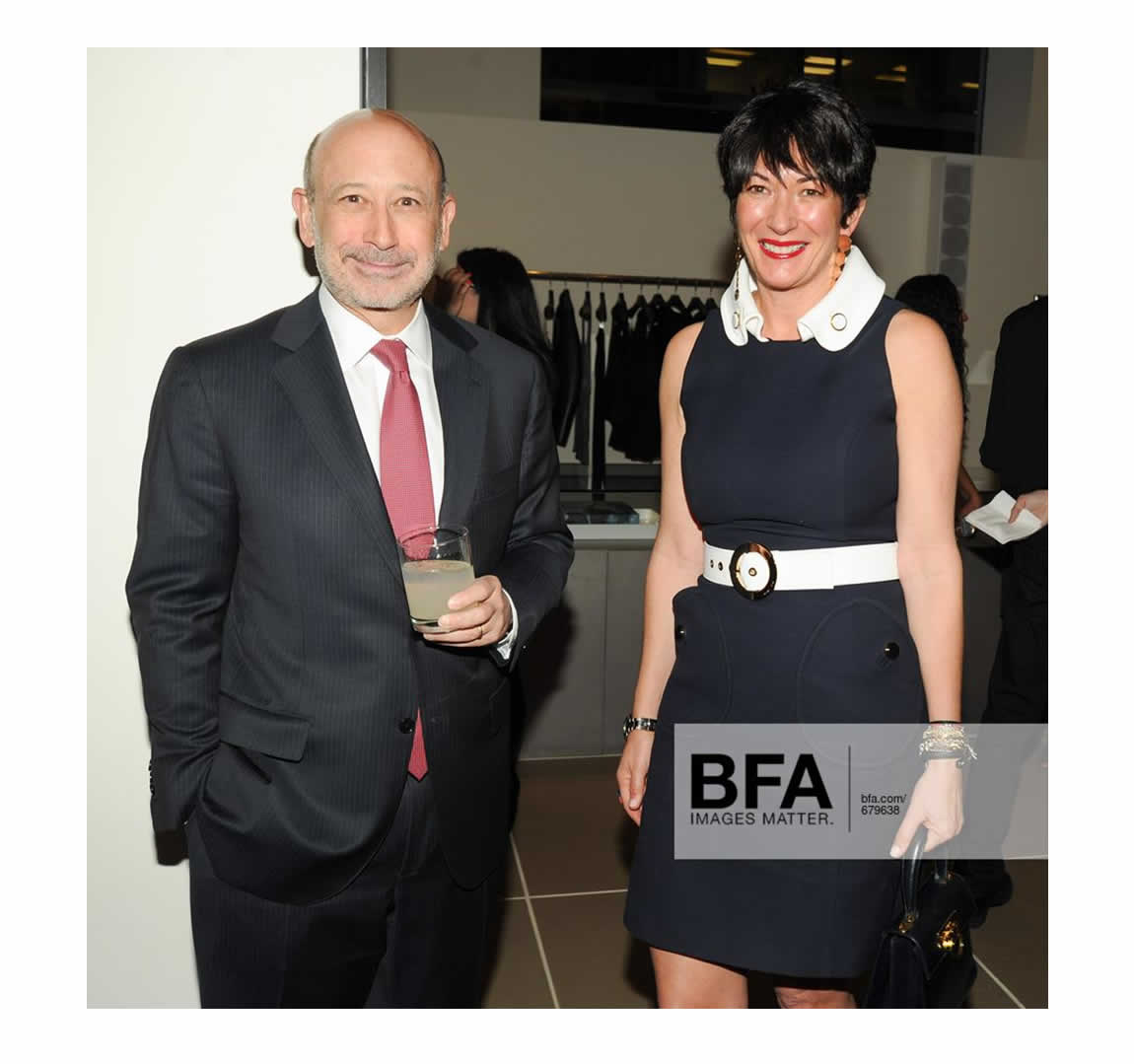 The monetary system is hopelessly corrupt!  Hence the need for a blockchain based monetary system built on math, not backroom deals and corruption.  No humans have any authority on the Bitcoin price, and its success, or demise.  It is trustless.  You can count on that, no human intervention.  This is not financial advise, but lack of middlemen creates more belief and thus more demand.  This is especially true when the economy is obviously falling apart in a fundamental way, which we can all see clearly now.  Hold Bitcoin long term and watch the show!  If you do that, you are out of the system and not reliant on whoever is pulling the strings for stocks and other macro assets (other than Bitcoin).  You become sovereign when you hold Bitcoin long term.