Many technical analysts were worried Bitcoin would drop into a trend reversal since it dropped off over the weekend from touching $16,500 last week.  It retraced down to $15,780 and is now hovering around $16,700.  Seems to be deciding if it can break $16,800 and make a run at $17,000 at this time on Monday, mid day.  If Bitcoin does break $17,000 over the next 24 hours that would be very bullish.  It would give real credence to breaking the $20,000 ATH (all time high) by the end of the year or sooner.  The 200 MA (weekly moving average) is cruising closer to $8,000 now.  If this run continues, soon that could be considered the absolute basement floor for Bitcoin.  We believe that the 200 MA will rise above $10,000 next year, as this bull run kicks into high gear.  The chart below shows the 200 MA and 21 MA along with candle stick chart for price action and the buying volume at the bottom.  It looks to Neutral ATM, that Bitcoin candle stick charts the rest of 2020, will show it sawtoothing up to $20,000 and above: 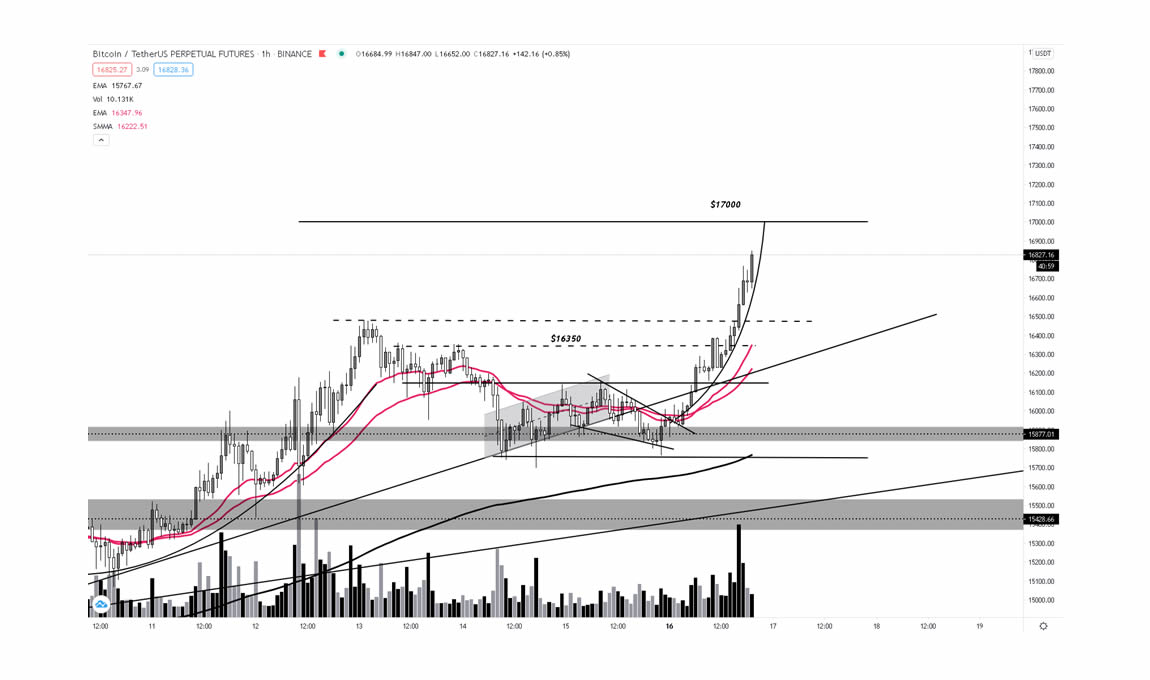 Bitcoin will always go in both directions.  That is why zooming out is so important.  It very easily could hang out below $17,000 for a few days.  As we write this, that seems less likely since Bitcoin has now, in under an hour, surpassed $16,820!

The below article discusses the Citi article that predicts an end of year price of $318,000 in December 2021 for Bitcoin.  The basis is the extreme need for money printing to stabilize the economy no matter who is president.  Here is that article, click here to read.

Everyone holding Bitcoin for the long term like Neutral ATM does, is looking at other investments to make after this bull run ends.  Real Estate is a really good one to consider.  The chart below shows how much real estate values have droped, if priced in Bitcoin: 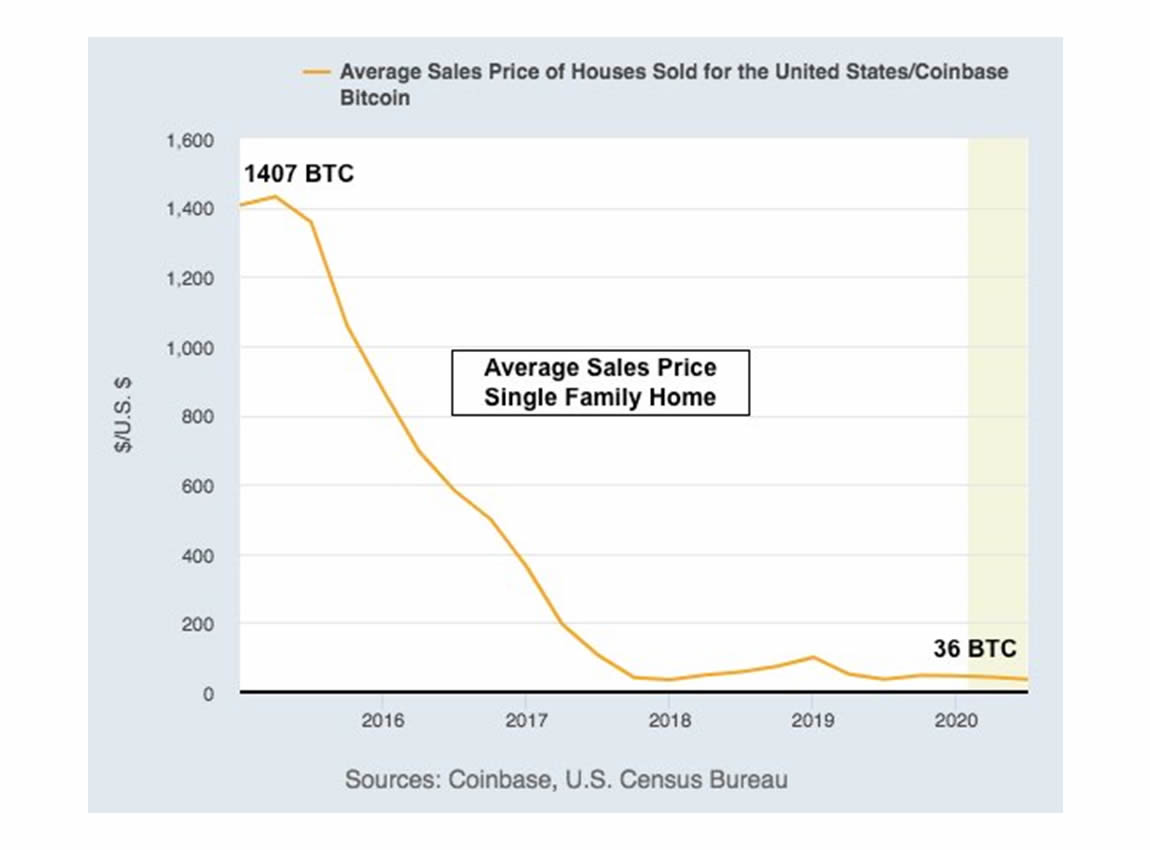 When investors hold Bitcoin as a savings tool everything they need to buy gets cheaper, including a house.  We took the average home value in the US ($295,000) in 2020, and ratio that to the current Bitcoin price.  An average valued home right now would only cost 17.6 Bitcoin.  By the end of the year that will drop to 14.5 - 16 Bitcoin.  Holding this asset, growing its value, then exchanging it for other assets when a bear market ensues is a great strategy.  The below chart showing the disparity between fiat currency and gold backed currency from the Civil War era: 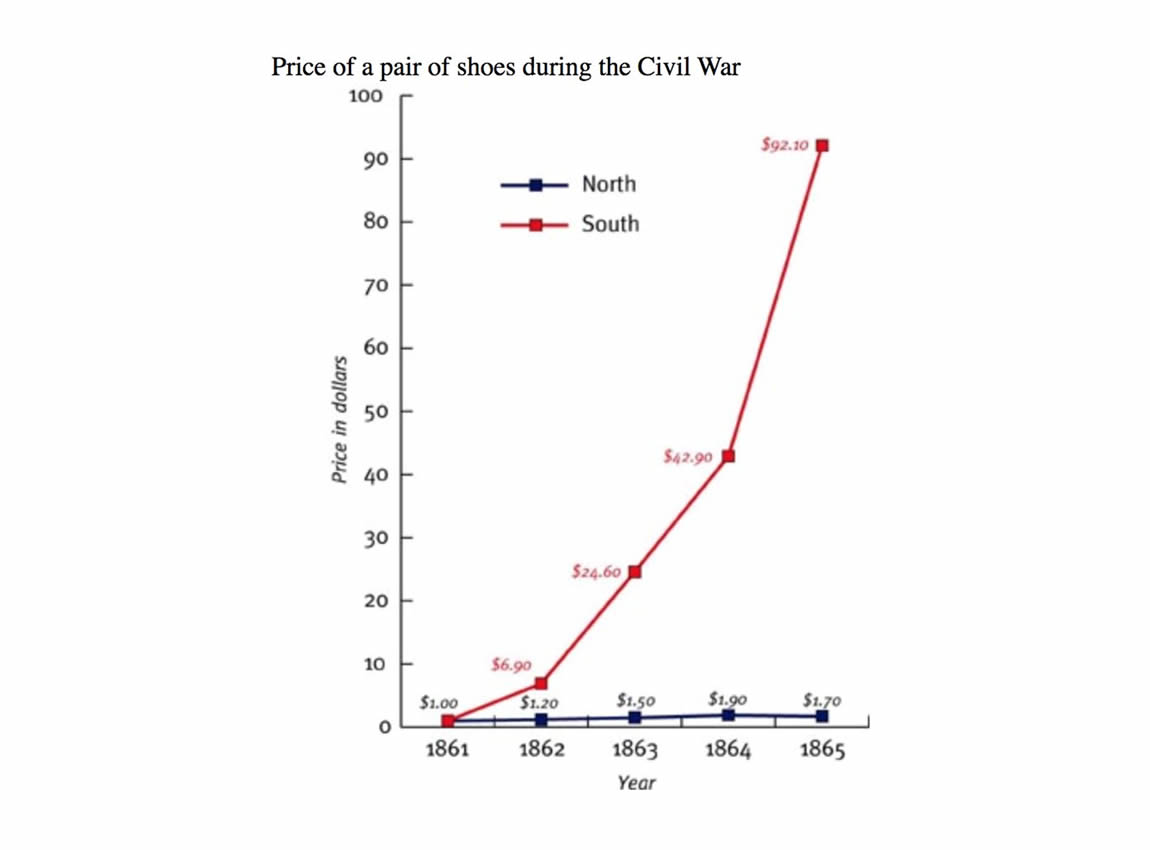 The first fiat currency, (greenbacks, as they were called back then) were printed by the Federal Government.  They inflated the Greenbacks used by the south to buy supplies for the civil war effort.  The north continued using the old currency.

Neutral ATM is here to help investors get in and out of Bitcoin for whatever reason, so that they can take advantage of the massive growth potential this technology gives average investors.  Most importantly, Neutral ATM allows customers to hedge against currency debasement.  Even those who have never saved or invested before.  It is never too late to start.  Neutral ATM is here to get everyone off of zero Bitcoin.