When Bitcoin is used as the denominator when comparing it to another asset it changes the story.  We have shown many charts that detail this.  No asset is growing when priced in Bitcoin.  Not real estate, nasdaq, and as the following chart shows, not the S&P 500: 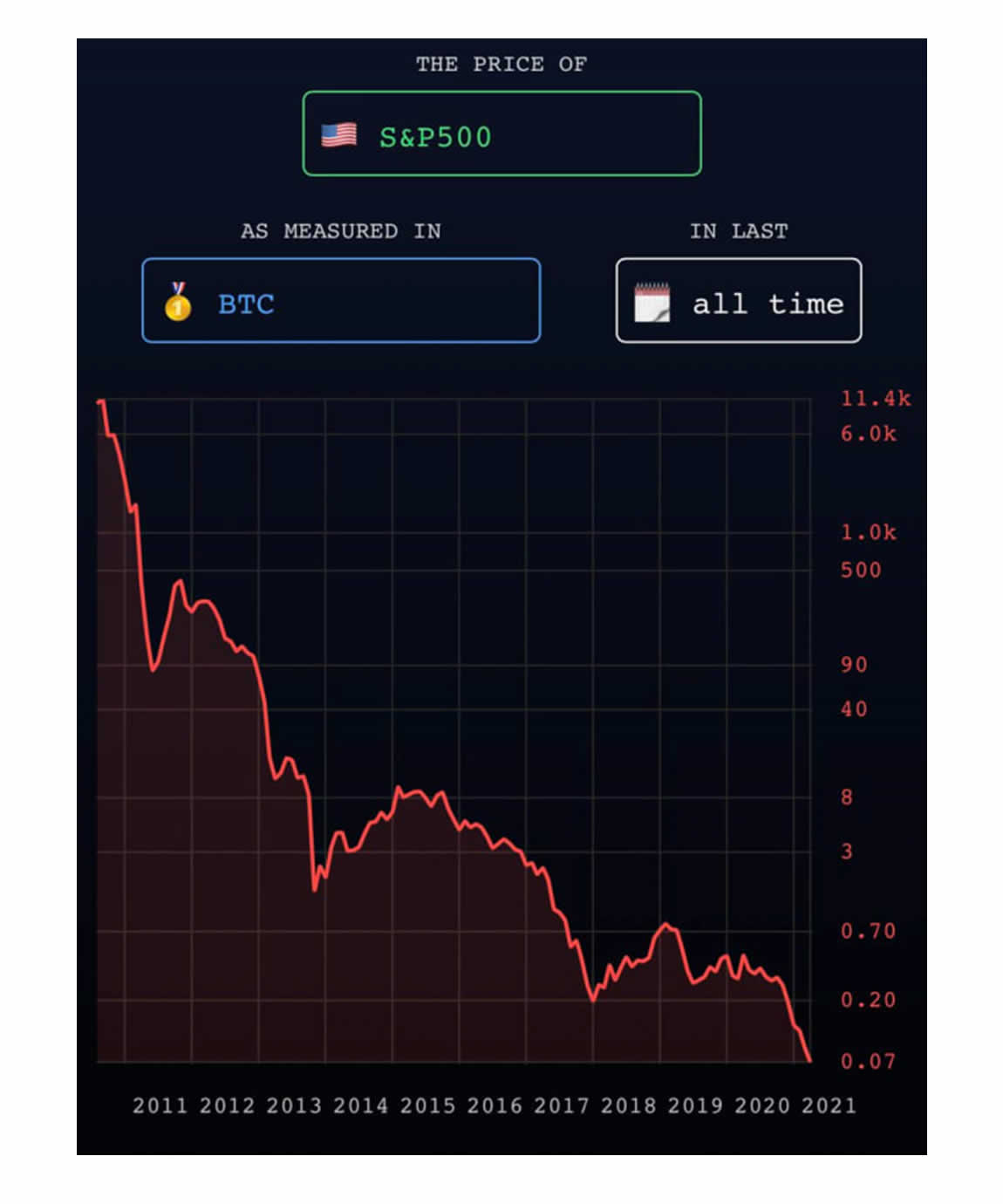 This cartoon spells it out.  The global monetary system, led by the USD is devaluing itself.  Adoption in Bitcoin is growing like never before.  Not owning Bitcoin is becoming a liability: 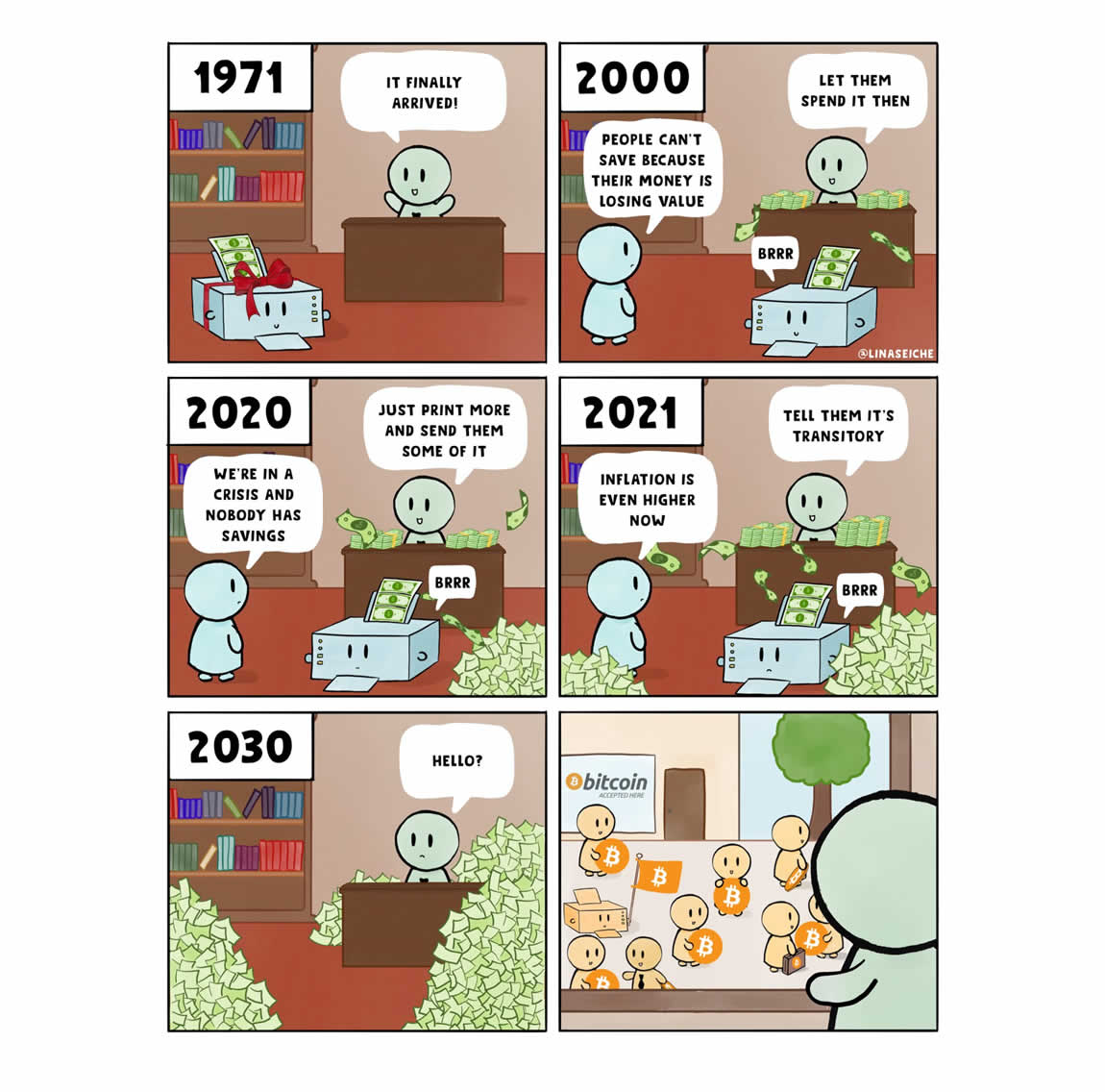 This quote is from yesterday’s blog and bears repeating:

“Bitcoin is getting investors scarcity, decentralization, and security during a decade of rampant money supply inflation, totalitarian central control and security hacks!”  This kind of security is’nt coming from stimulus packages or bank debt.  Much less from stock market investments in the present age.

The lifeboat out of this is Bitcoin.  Even altcoins do not fair well priced in Bitcoin.  It is the hardest, soundest monetary system in the world.  Hold it as your store of value, and float right over this great reset, and monetary devaluation!