Bitcoin is mining waste gas, stranded gas and flare gas.  They use gas generators and heat exchangers to generate power from natural gas.  Eliminating flares is a huge environmental benefit, and only Bitcoin is able to do this while at the same exact time.  Mining for the hardest, scarcest, most secure digital currency in the world.  Natural Gas processors, pipelines, storage facilities and even power generation facilities could all potentially use Bitcoin mining equipment to keep them from wasting ANY natural gas!  Why do we say this?  Because of Elon Musk’s tweet that Bitcoin uses up too much power.  So do Christmas lights every winter.  However, Bitcoin can consume renewable power and waste gas.  Neutral ATM has another company in the Oil and Gas Industry and we are attempting to get Oil and Gas companies to install Bitcoin mines to use up waste gas or flare gas.  Below is a chart comparing Bitcoin power consumption to fiat currency (petrodollar system) power consumption: 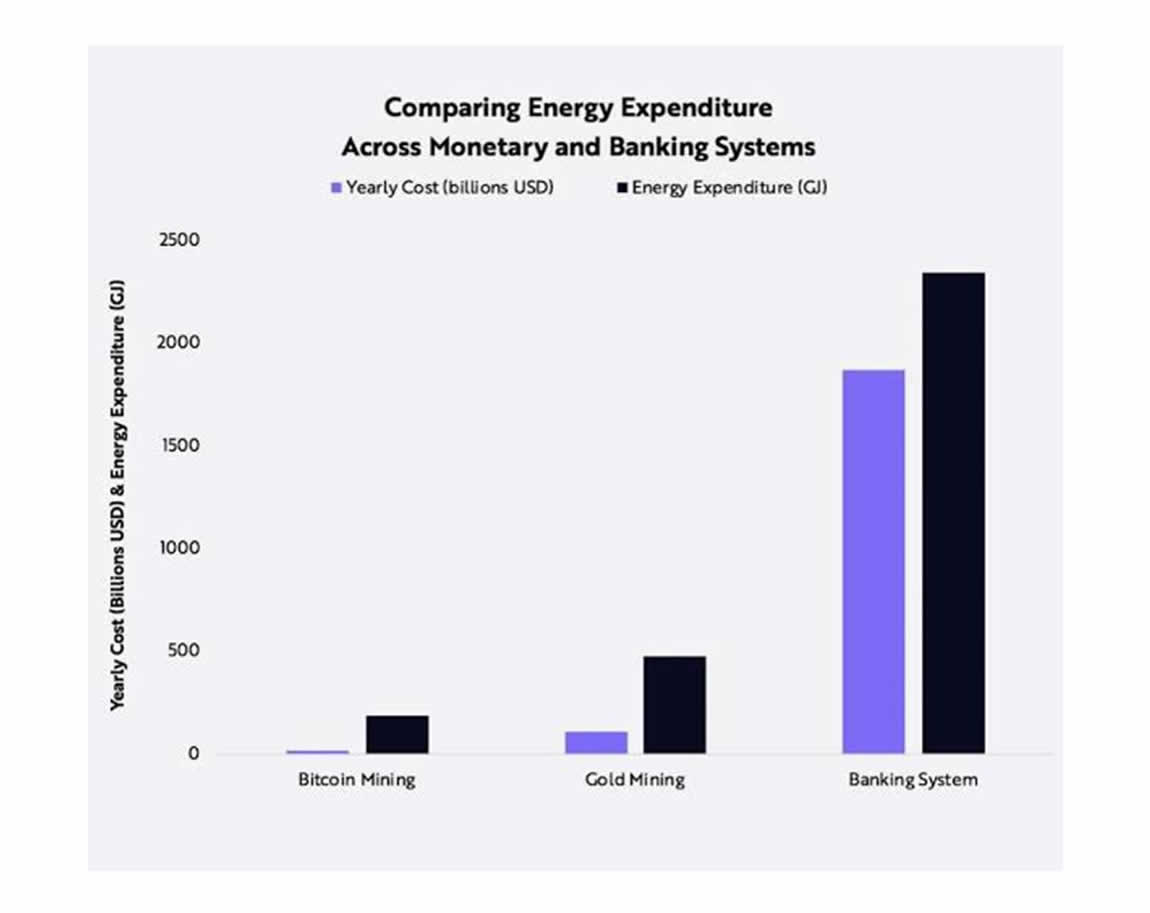 Bitcoin is still held by 46 million Americans.  Elon Musk is not selling his Bitcoin, he just tweeted FUD about it.  Perhaps, he wants to buy more at a discount?  Below is information about Palantir considering adding Bitcoin to their balance sheet.  That is $2.3billion free cash on their balance sheet: 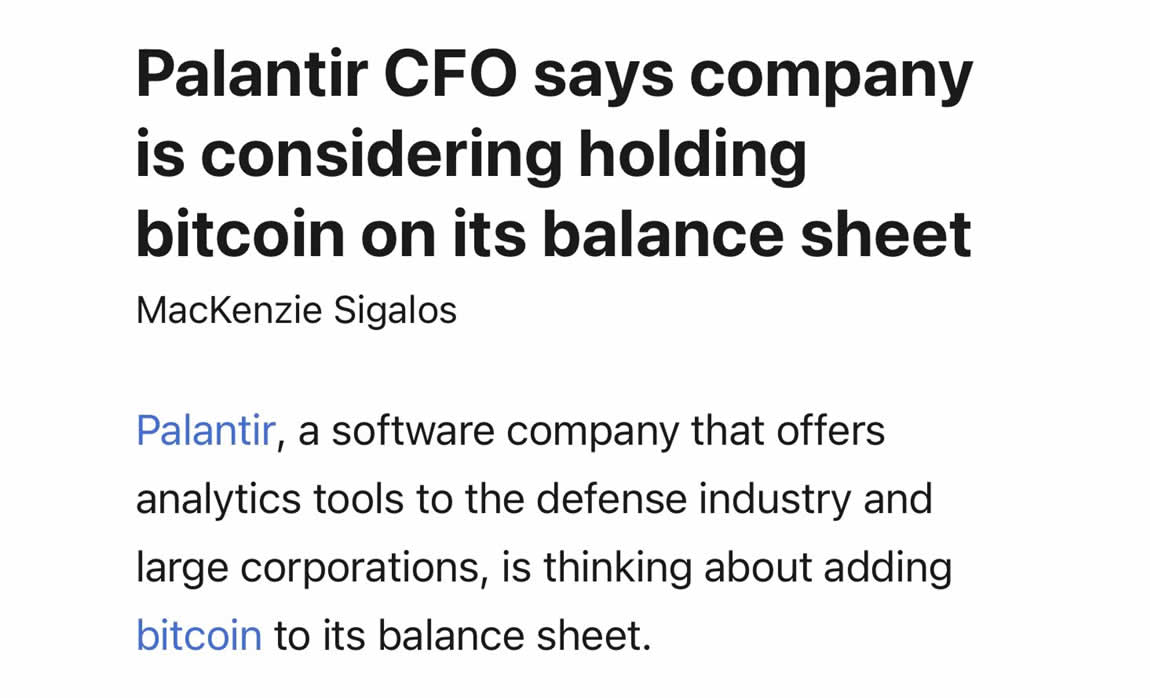 Bitcoin has basically proven, since 2009, that despite thousands of predictions that it is dead, that it is going to zero, it will rage on, and will challenge the USD.  It does not consume too much power compared to systems like Bitcoin, that power economies globally.  Bitcoin unlike fiat currency, can use renewables and wasted fuel as mentioned above.  It is a better, more advanced, more free, technology than fiat currency.  As inflatioin surpasses 20% per year and beyond over the next few years.  People will be losing their lifes work and savings to inflation.  This alone, will motivate the capture of alternatives.  Bitcoin is that alternative to fiat currency.

Look at the price of Bitcoin on May 11th over the last nine years: 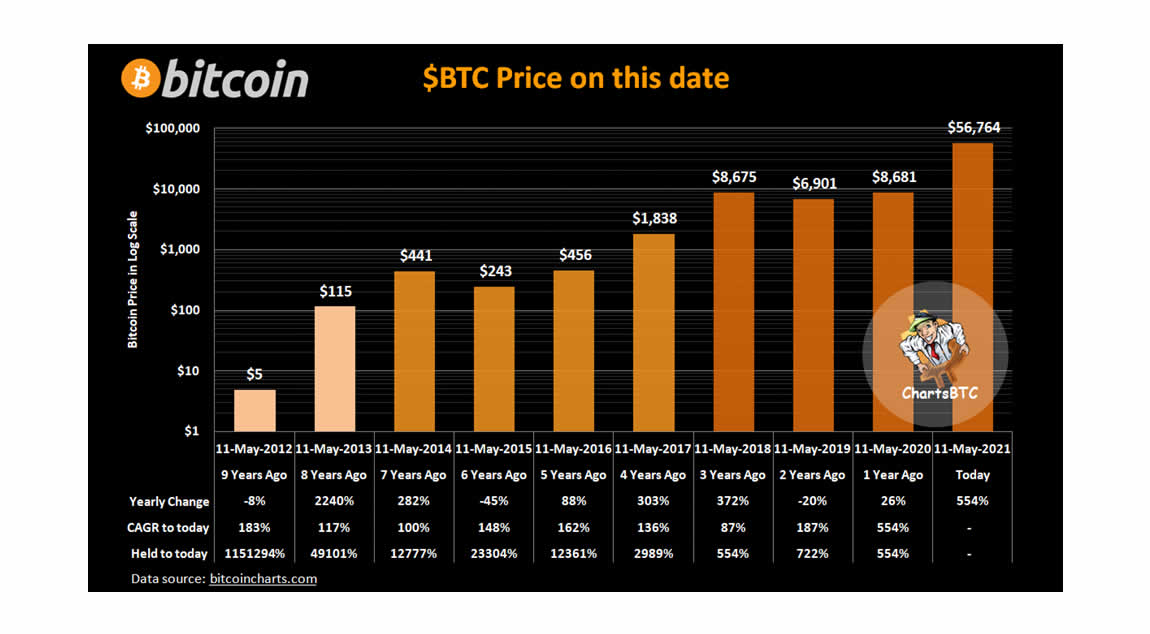 That is an 11,352% return over 9 years.  Why not hold long term?  Have the strength to be patient.  A technology with programmable scarcity, environmentally renewable, on the most secure network in the world.  One cannot go wrong holding Bitcoin!

Below is another chart showing the returns of Bitcoin after each halving.  Remember, the halving is when the miner reward (paid out in Bitcoin) is cut in half every 210,000 blocks mined.  Since the May 11, 2020 halving, Bitcoin has returned 562% to investors: 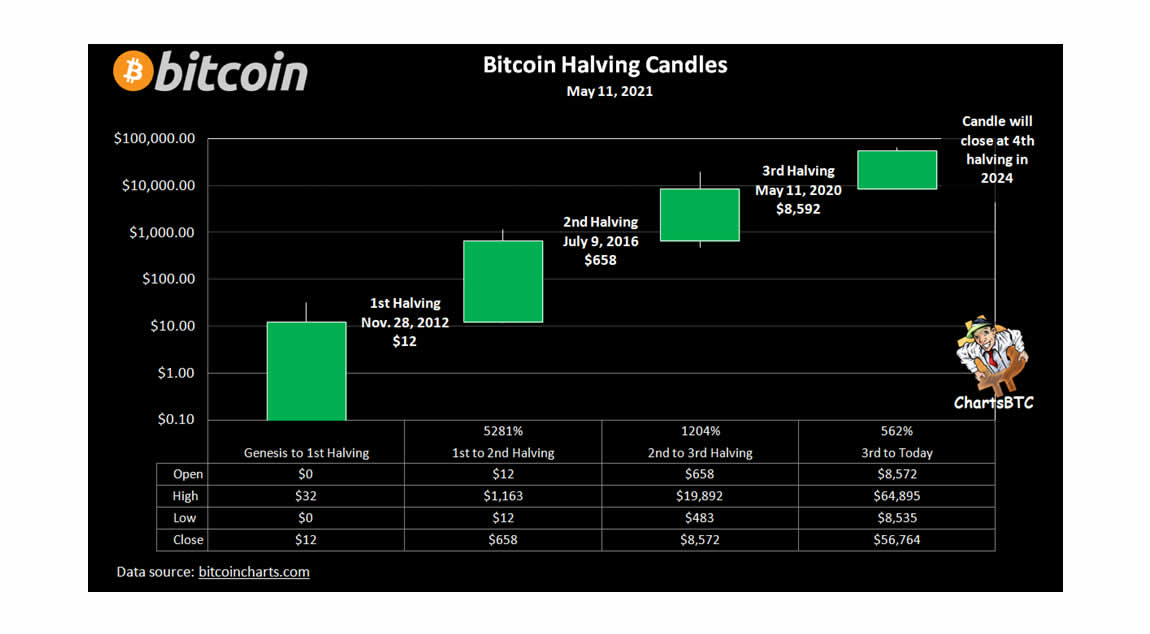 We know Bitcoin is down after Elon Musks FUD tweet yesterday.  But look at where it is compared to other previous bull markets, one year after the halving: 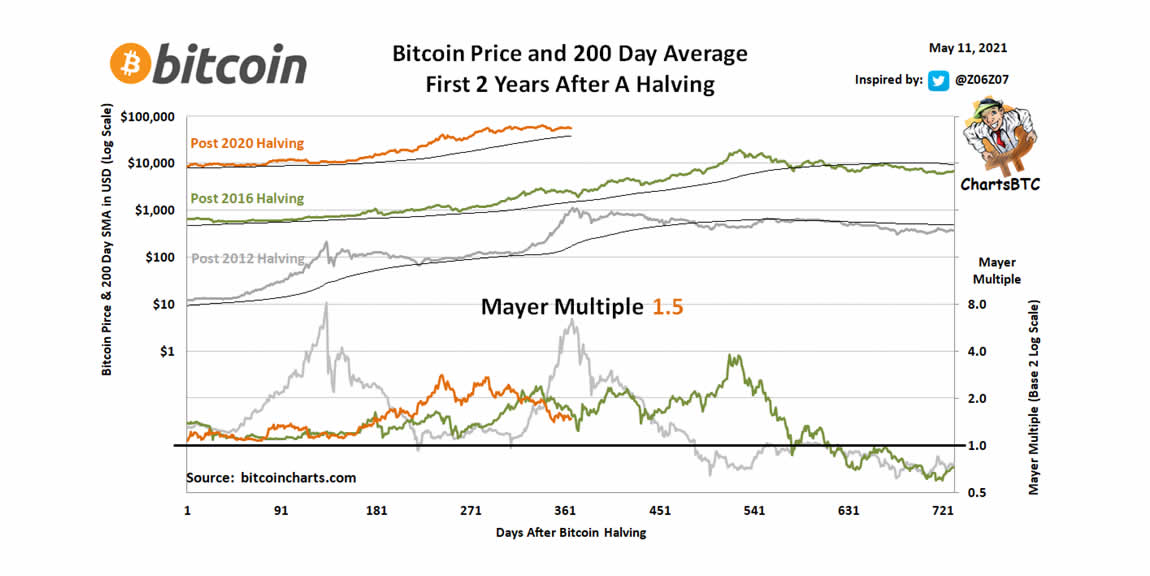 The finance industry is taking Bitcoin mainstream by building it into their insurance, banking, and investment products.  Bitcoin is NOT going anywhere.  It is very easy to disprove environmental FUD about Bitcoin.  Stay strong, the Bitcoin bull WILL run again!