This chart below and the next shows the value of zooming out to understand the investment value proposition Bitcoin gives you.  Neutral ATM does not trade, we hold it longterm.  Its called HODLing.  It stands for hold on for dear life.  After each halving a multi year bull run ensues.  This one is starting to kick into gear.  We expect that to become more evident AFTER the election: 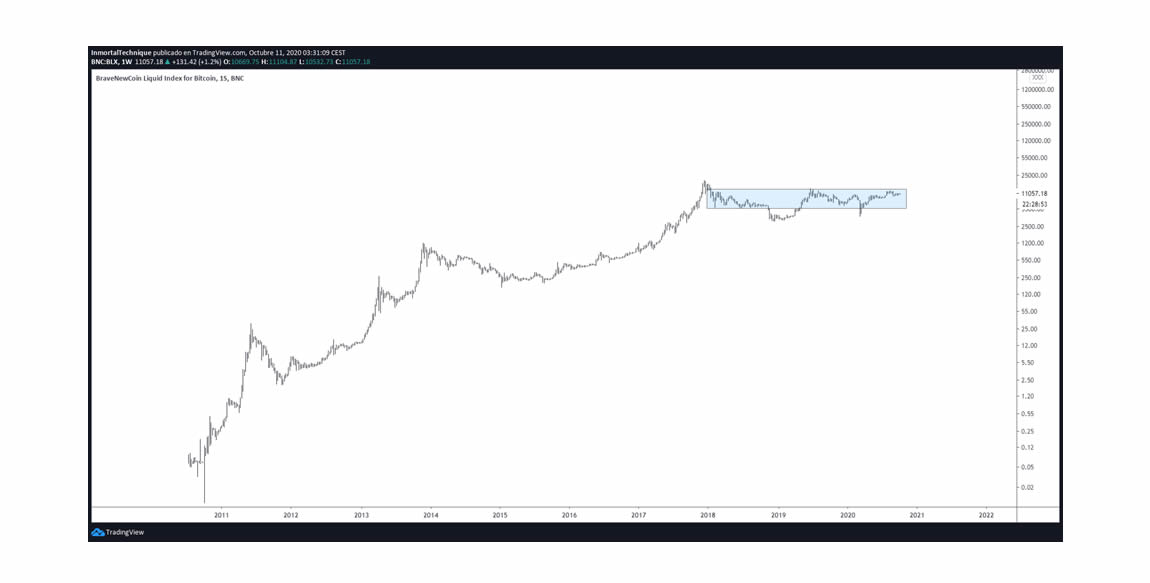 It consolidated after a strong run all summer.  This period started about September 1st.  Bitcoin dropped well over 7% in September.  But so far October has shown strength and in the months after the election, December, January, February and well beyond the strength of Bitcoin and the sheer number of HODLers will propel it out of consolidation with the NASDAQ!  See this chart for the sheer size of each post halving bull run: 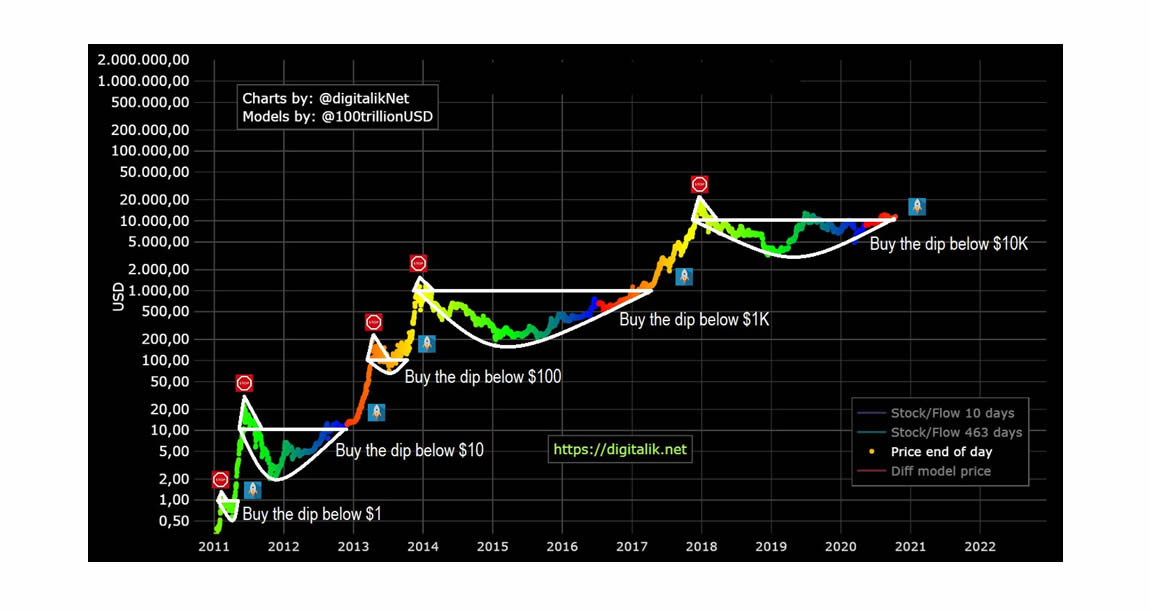 It is typical for these bull runs to advance the price 10 times from start to finish.  There are also flashes for a week or so of the price getting over 20 times the low before the bull run.  We believe at Neutral ATM Bitcoin is now safely above $10,000 and that is the bottom for bear markets in the future.  Of course that is speculation but it has held up for 2.5 months now with no breaks below.  Time will be the best judge of this.  The previous bull run had a floor of $1K and the bull run from 2010 to 2013 had a floor of $100.  These bull runs have progressed from $100, $1,000, $10,000 and many think the high of the upcoming bull run will be above $100,000.  The Blockchain is the most secure, most powerful network in the world.  Therefore, numerous companies are looking at the debt levels the Fed is now reaching and climbing higher, they are choosing Bitcoin as a store of value.  This morning we found out Stone Ridge Asset Management invested $115 Million of customers investment portfolio into Bitcoin.  The idea was hatched because such a vast majority of the younger employees were investing heavily into Bitcoin.  When will the list of companies holding or HODLing Bitcoin get so big that Bitcoin detaches from the correlation with the NASDAQ which has plagued Bitcoin in 2020?  We don’t know but it is coming.  Bitcoin is up 59% YTD and Monday it was well over 60%.  At its high for the year it was well over 72% in late August.  When the HODL wave gets big enough how high will the Bitcoin returns get?  Neutral ATM thinks they will soar very high in 2021 and perhaps it will last into 2022.  We just take one day at a time.  The ride is fun!  Here is the article about Stone Ridge Asset Management, click here to read.