What have we been shouting from rooftops about Bitcoin and the US economy, stock market?  They will decouple, and go in opposite directions.  When Bitcoin was consolidating from late April until August, and then more consolidation in September, what did we say?  Be patient, HODL (hold on for dear life).  Now the decoupling is beginning, in real time.  September is rektember and October is uptober!  In Bitcoin.  Now that it’s October 14th, all the onchain analysis we have shown you is showing up, just a little, in the price action.  Below is another chart from William Clemente, showing Bitcoin liquid supply ratio.  Strong hands like us, we are holding Bitcoin, dollar cost averaging in, and now the price is beginning to show signs of really breaking out.  Notice the bull flag we are in now: 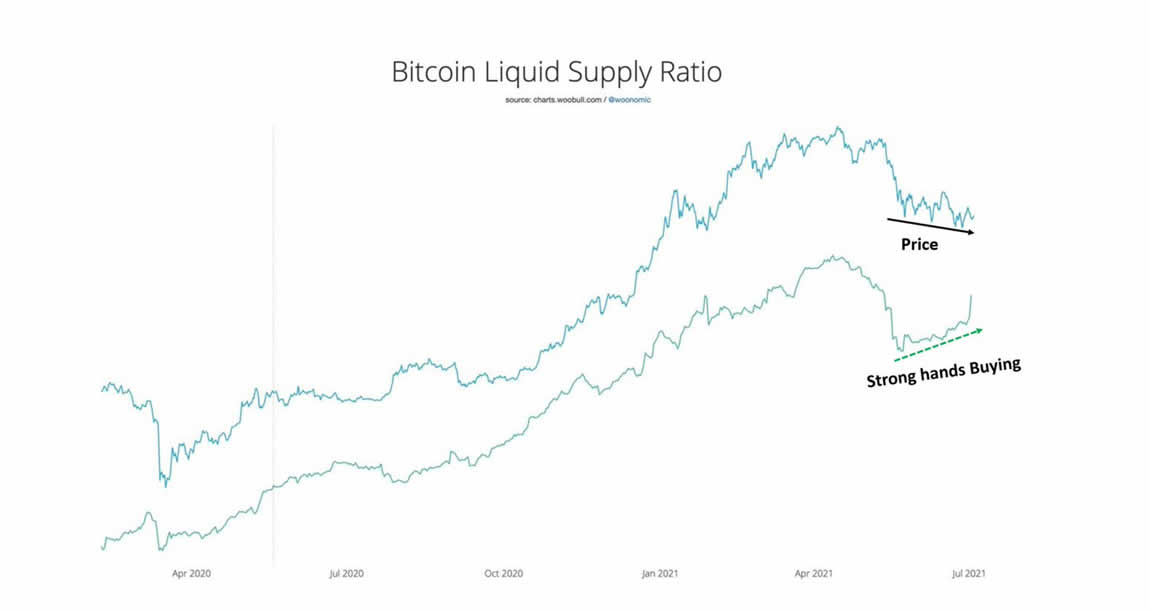 This next chart from a Bitcoin pioneer, Adam Back, is a little tongue in cheek.  However, considering that nearly 40% of all USD in circulation has been printed since March 2020, when the Pandemic started.  We know, as researchers of the Global Central Banks, that Wars and/or Pandemics are cover stories for monetary turnings.

M2 Money supply has never been this high.  We see the Pandemic as the pin that will prick the next bubble.  This is the everything bubble.  Monetary system, Nation States debt, Stock Markets, and Real Estate will all come down from this over time.  Not overnight.  Bitcoin is the life raft, and escape hatch.  Here is the stock 2FOMO chart: 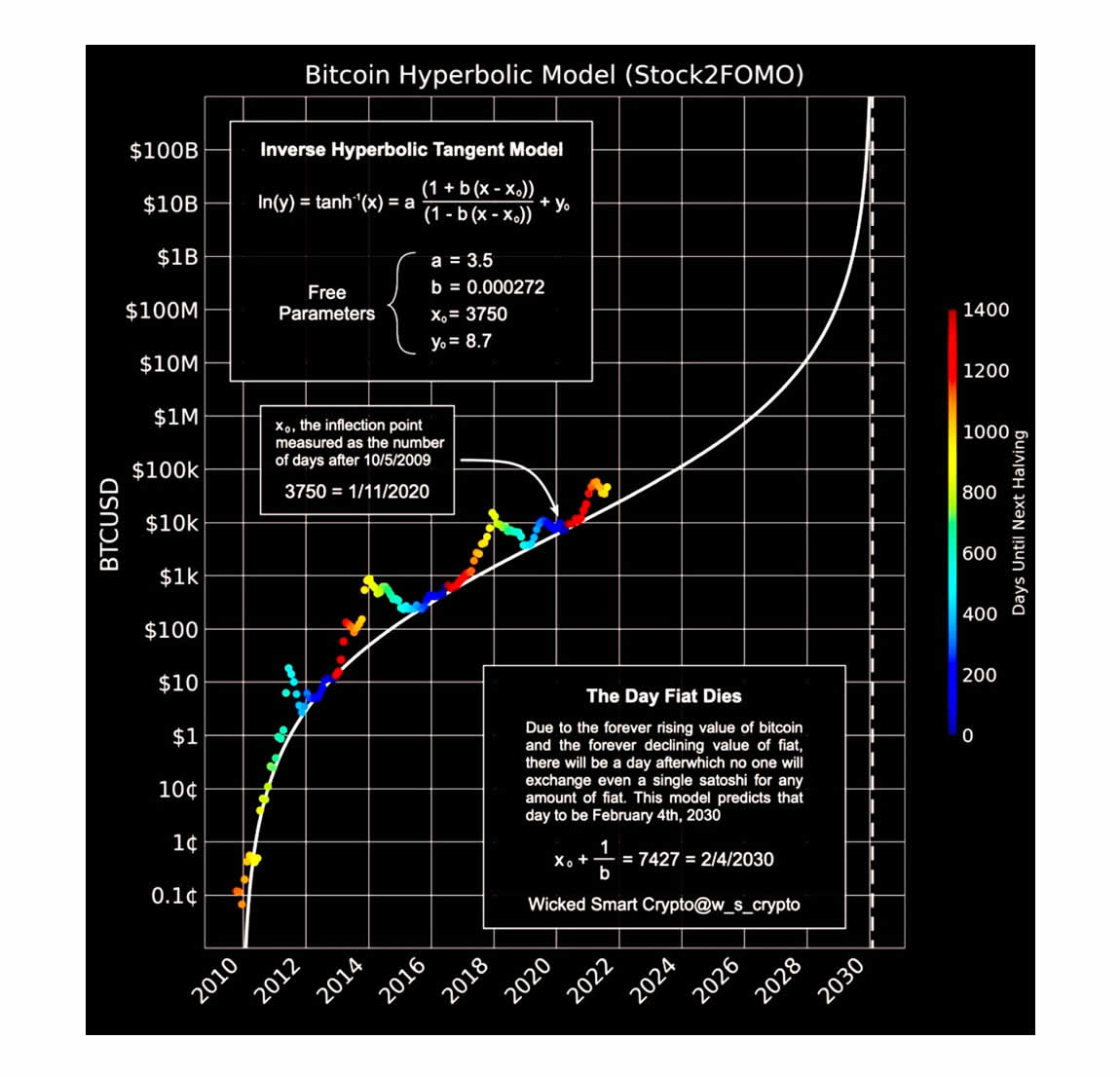 OK, we’re on a roll.  Here’s the Scott Melker chart on all Crypto’s.  It really is a cup and handle folks.  This break out is real:

Fiat currencies are infinite.  Central Banks have no restraint and no reason not to print.  This cannot go on forever.  USD is infinite, Bitcoin is capped at 21 million: 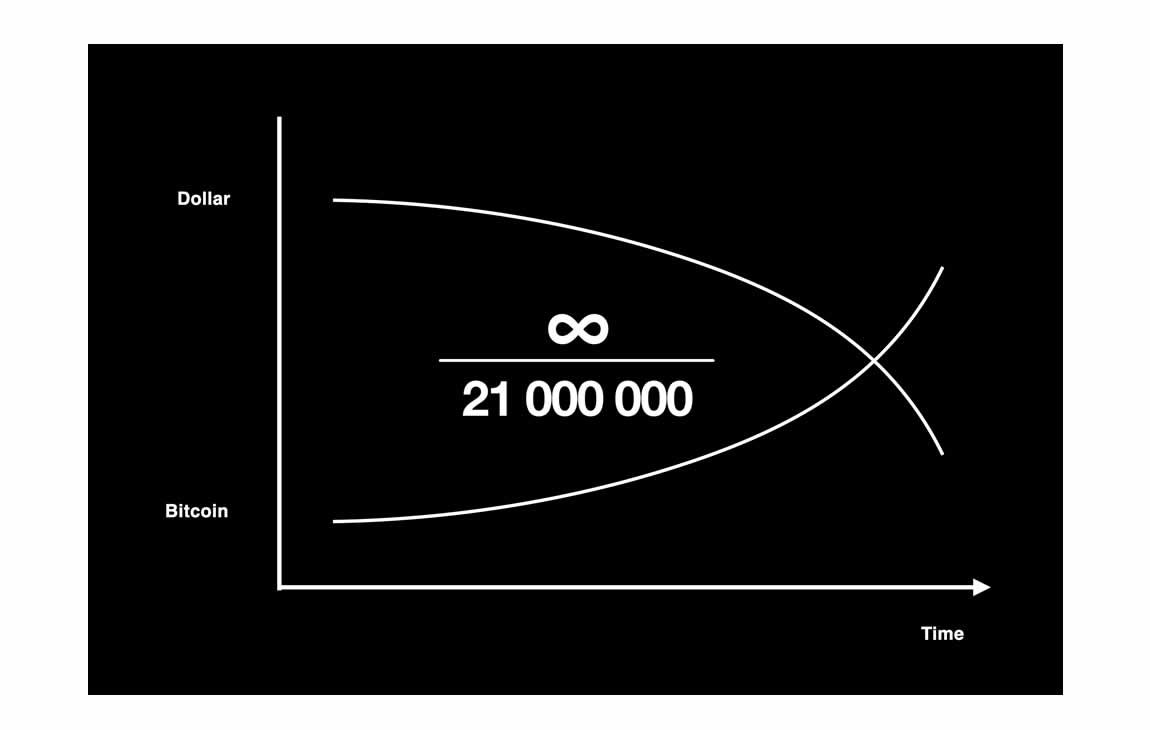 We see CBDC ( Cental Bank Digital Currency) as the attempted one world currency.  However, the public will reject vaccine mandates tied to their digital currency.  Much less any other reason to cut them off from their money.
Bitcoin is apart and bifurcated from all of this, hence, decentralized.  It cannot be banned, or stopped.  No Government can do that, it has been tried and has failed many times.  ID 2020, also tied to CBDC would involve digital implants in order to use it.  This is not freedom!  Here is Jack Dorsey on the future of money: 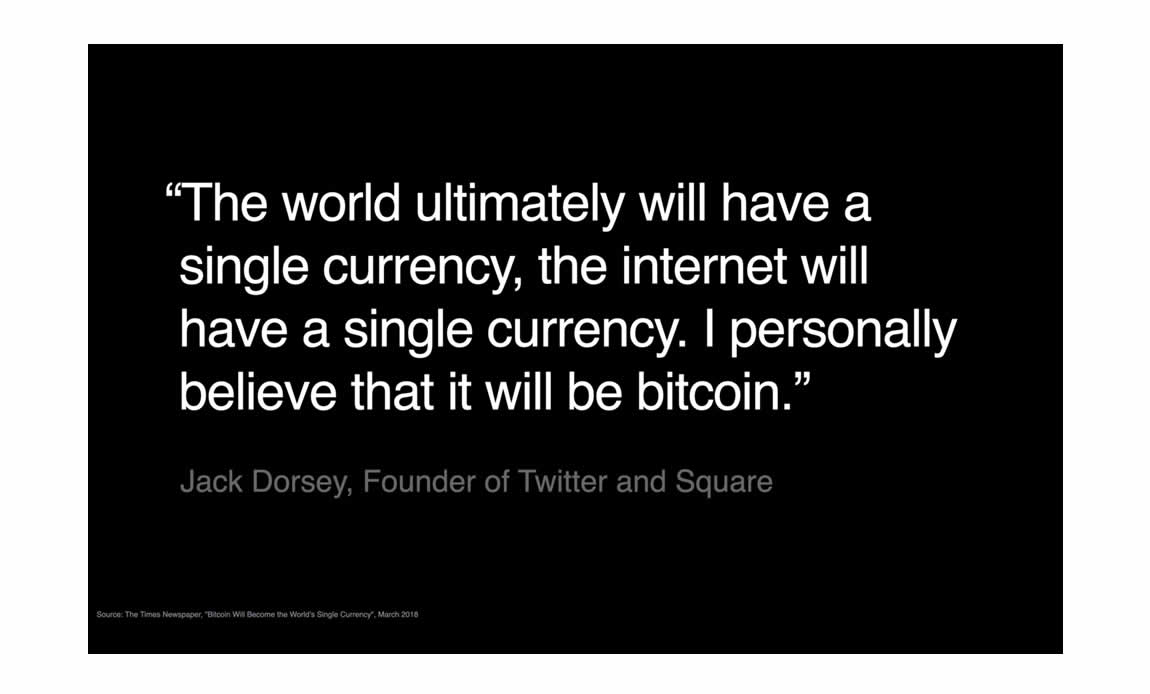 We are concerned about single Government or single Currency of the world, as to what that connotates.  We reject all digital ID implants, no one in Bitcoin has advocated for that.  We are not sure where Jack Dorsey stands on that issue, so we have to bring it up.  Bitcoin has always meant freedom from oppression, coercion.  Digital ID’s are totalitarian and oppressive.  Our prayer, is nothing like this ever gets tied to Bitcoin.

Below is the internet and how it was adopted, compared to Bitcoin adoption.  See, that Bitcoin adoption is much faster.  We see the reasons as scarcity, and decentralization.  It’s a flight to freedom and safety from central bank control: 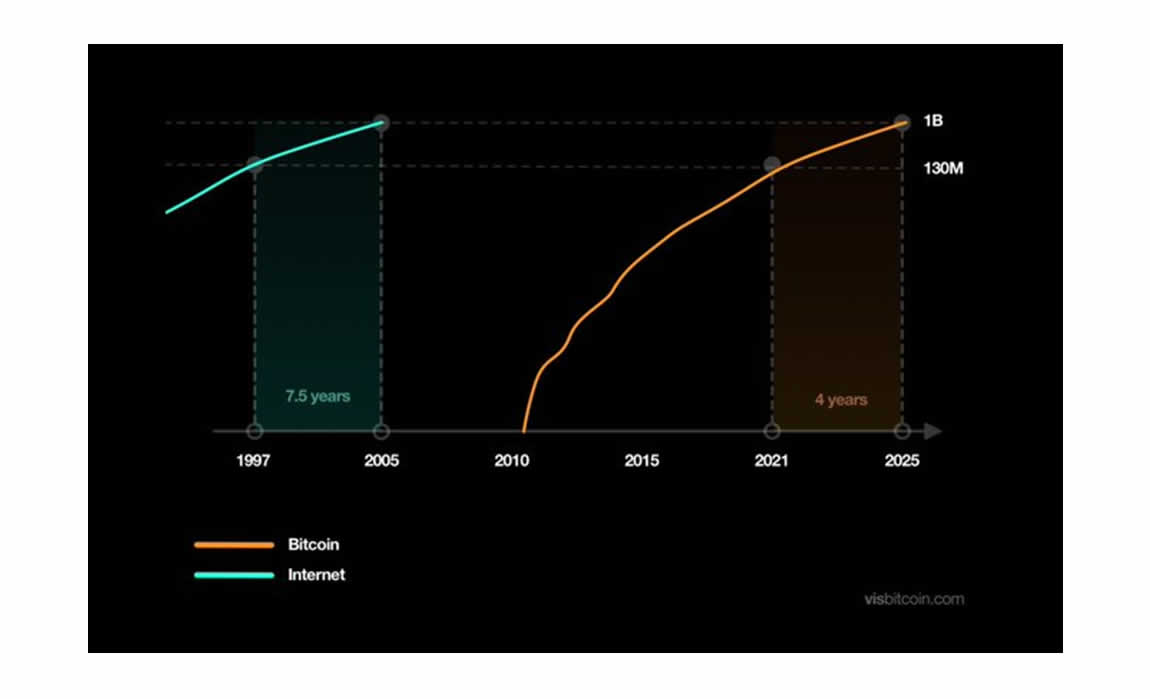 When you own Bitcoin everything gets cheaper, because Bitcoin outpaces inflation.  In the next graph playstation video gaming stations keep getting cheaper and cheaper in Bitcoin.  49,999 satoshis is .00049999 Bitcoin.  See the graph below: 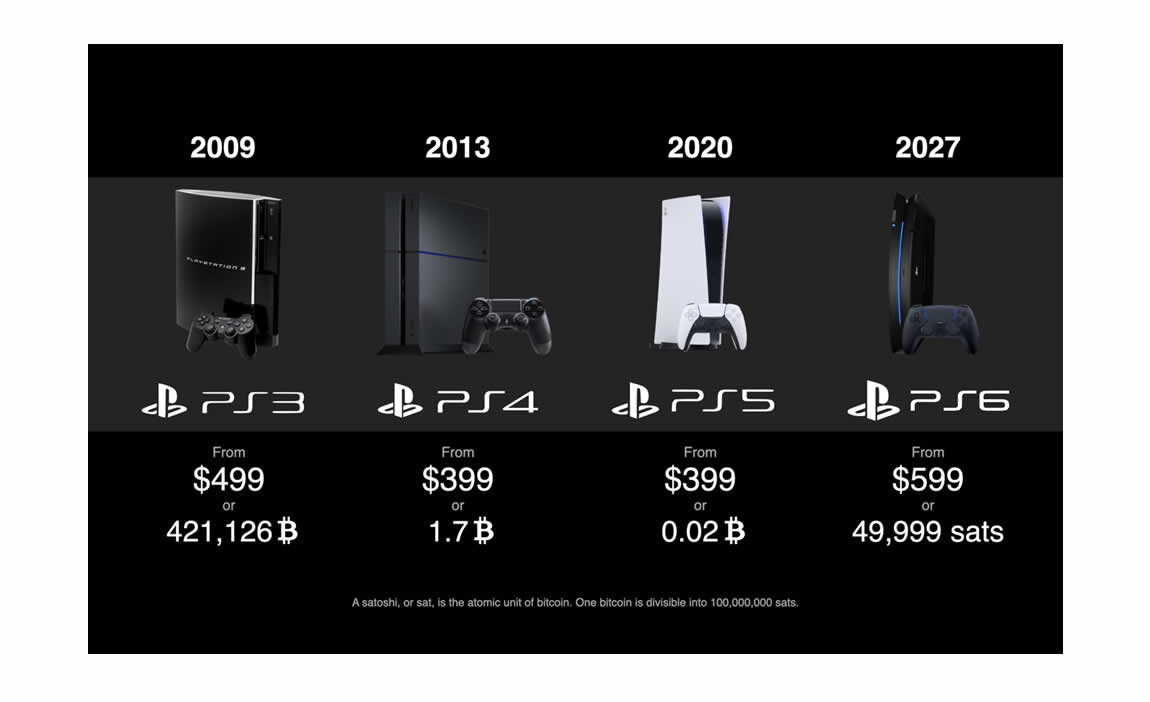 CPI Inflation has only been above 5% for 4 straight months, 2 other times.  In the mid/late 90’s and 2008, the last two recessions.  See this tweet about inflation, leading to a crash, view on twitter.

Then, look at this chart of the S&P500.  The 50day MA is now resistance, no longer support: 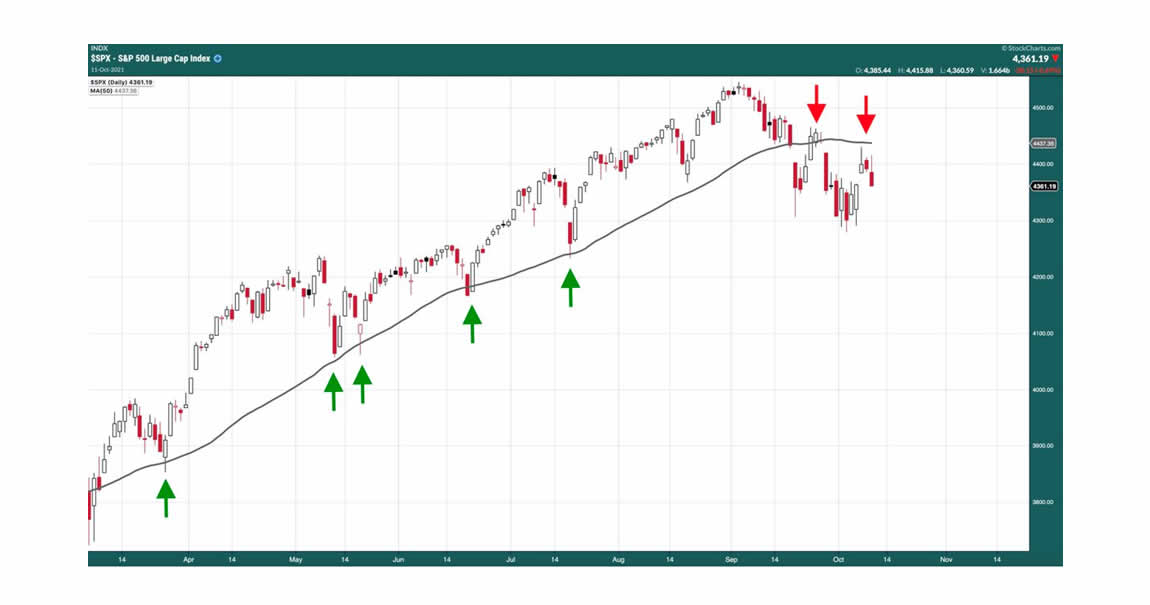