Coin Desk is now bigger than Charles Schwab.  Over time legacy banking is giving way to Crypto Currency as the superior monetary system.  It may be starting small, but it IS starting and it will grow!  This article attached from Coin Desk shows that Bitcoin is getting accepted and commercial lending is beginning against Bitcoin holdings as collateral.  In a few years this will be the majority not the acception, click here to read more.

Vast bank out of Tulsa, OK is going to start with Bitcoin and Ethereum!  This sounds familiar.  Neutral ATM has been blogging since 2020 that Bitcoin and Ethereum will be two crypto currencies that will gain adoption sooner, and faster, than all other crypto currencies combined.  Finally, it is beginning to roll downhill.  As Preston Physh always says, slowly then suddenly!

It is always smart to look at history to judge future technologies and how they will shape the future.  In the 1940’s after the 1932 Federal banking crisis, federal debt followed non federal debt after the crisis.  Compare the decade plus after 1932 to the decade plus after 2008.  Similar, and we can learn from this.  Treasury rates are kept low now as in the 40’s.  The difference is, 80 years ago the federal deficit was a high % of GDP.  Now it is the money supply (monetary base) that is a high % of GDP.  Thus, the difference is, in this decade the US is nearing the end of the monetary system cycle (they average 90 years).  Bretton Woods was official in 1944.  We got off the gold standard in 1971.  Fiat currency has been free floating for 50 years!  We know this is obvious to those who study monetary history, but for those who don’t.  Begin to expect fiat currency, our monetary base to show cracks, and eventually to crumble.  It happens about every 90 years.  Expect it, don’t get caught flat footed.  Below is the charts from Lyn Alden, one of the best Global Macro Analysts regarding the comparison of the 40’s to this decade from a Global Macro perspective: 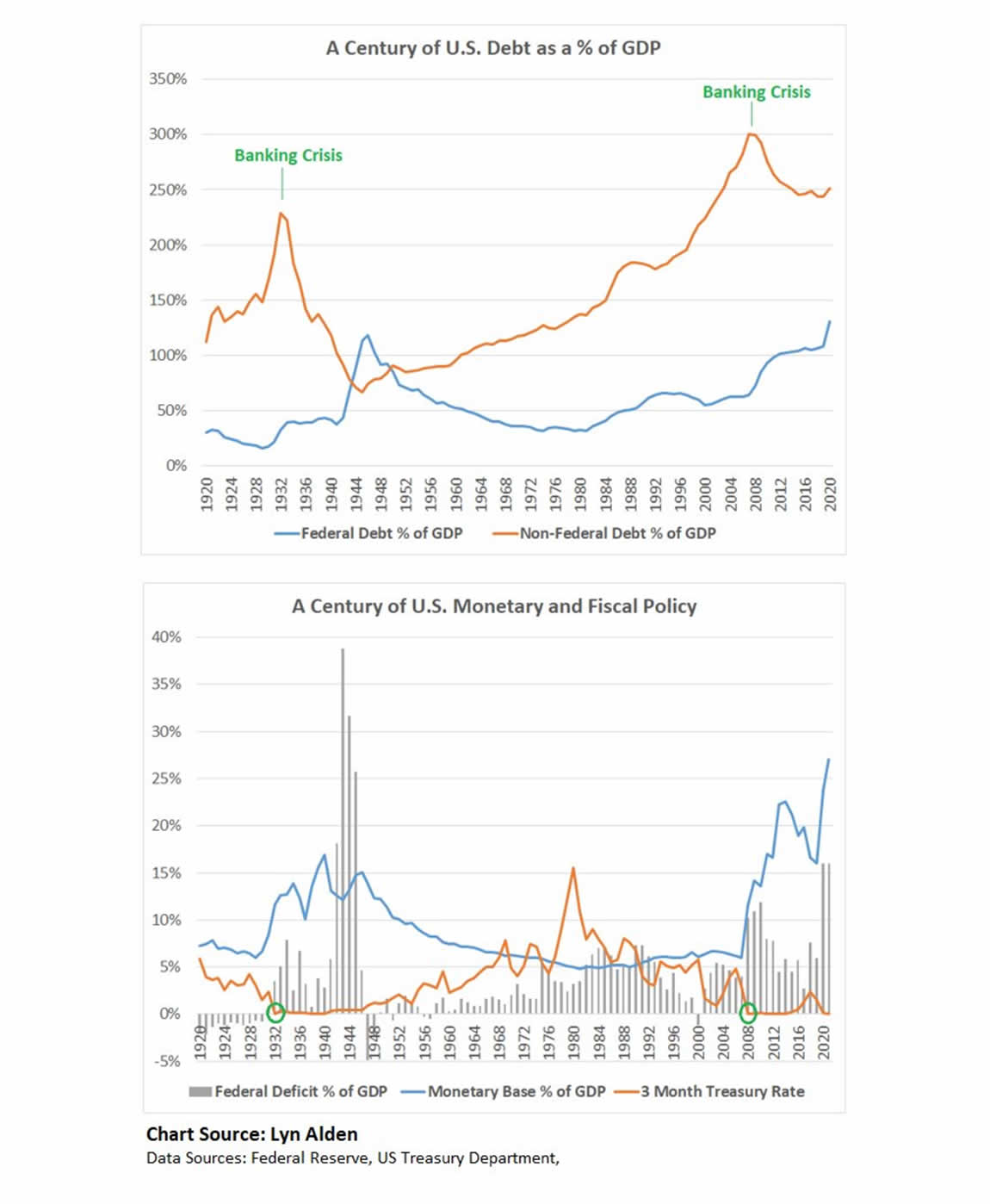 Hedge fund managers, Institutional investors, and now to a small degree, Commercial banks are putting Bitcoin on their balance sheets.  Bitcoin is getting investors scarcity, decentralization, and security during a decade of rampant money supply inflation, totalitarian central control and security hacks!  Bitcoin solves too many global problems to ignore.  Ignore Bitcoin at your peril.  With that, here is the (Plan B) Bitcoin, 200 weekly moving average, and realized cap chart comparison chart: 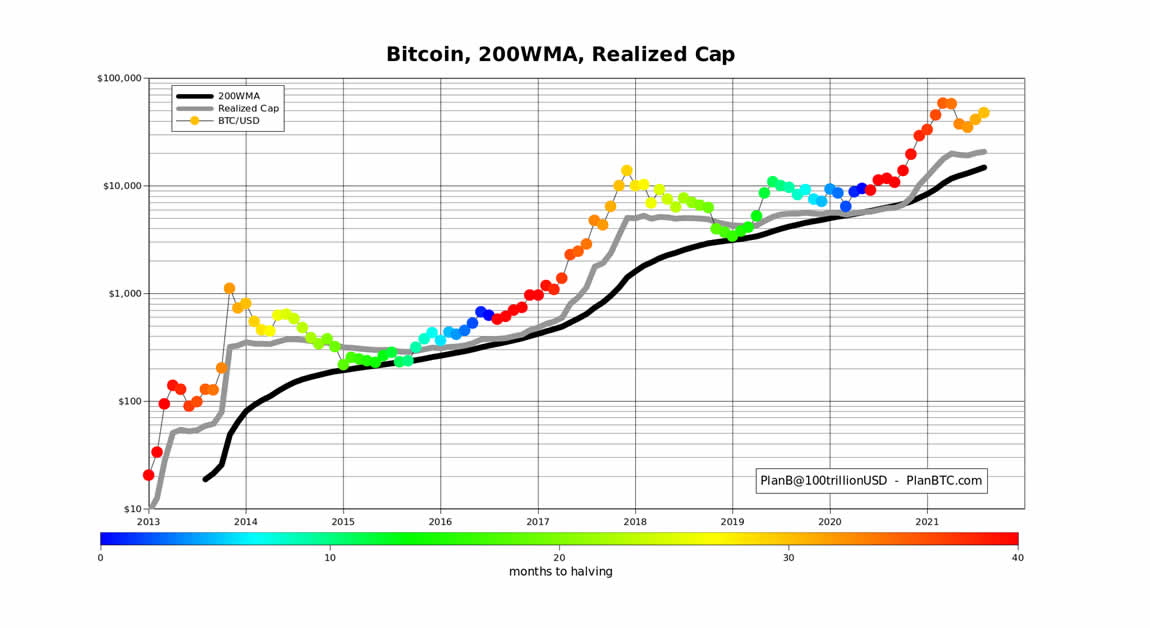 200WMA and realized cap are now all time highs.  Remember, in bear markets Bitcoin only sends a wick below the 200WMA and that lasts for hours or under one day, in most cases.  Neutral ATM bought below this level and we now feel very assured based on history, Bitcoin will never be that cheap again.  Never.  It just takes the guts to look at where monetary theory is going into the future.  Decentralized and scarce are going to be key.  There is no other way to have a store of value without those two factors.  Anything and everything that is centralized is slowly getting destroyed.  Credit, Fiat currency.  Either choose Bitcoin now at these price levels, or it will choose you at 10X, 100X higher price levels in the future.  Your fiat currency savings is dropping 12% per year and soon that will be 45% per year.  How long can you afford to wait?