Today’s blog as the last few weeks have been, is fire!  How obvious does it have to get that the monetary system is collapsing in real time?  I won’t waste space here posting the chart.  But Paul Krugman (Nobel Prize winning Economist) said recently that the UK did not fit the model of a country on the verge of a currency collapse.  A few days later the GB Pound collapsed over 20%!  The financial media in the US is a major reason so few Americans saw this collapse coming.  Many still are not accepting reality, where the economy is now.  At this point in time.  Only recency bias keeps a person believing the economy is not going to change drastically soon.  The can has been kicked down the road since 2008.  One can say, “why can’t this last another decade or two?”. 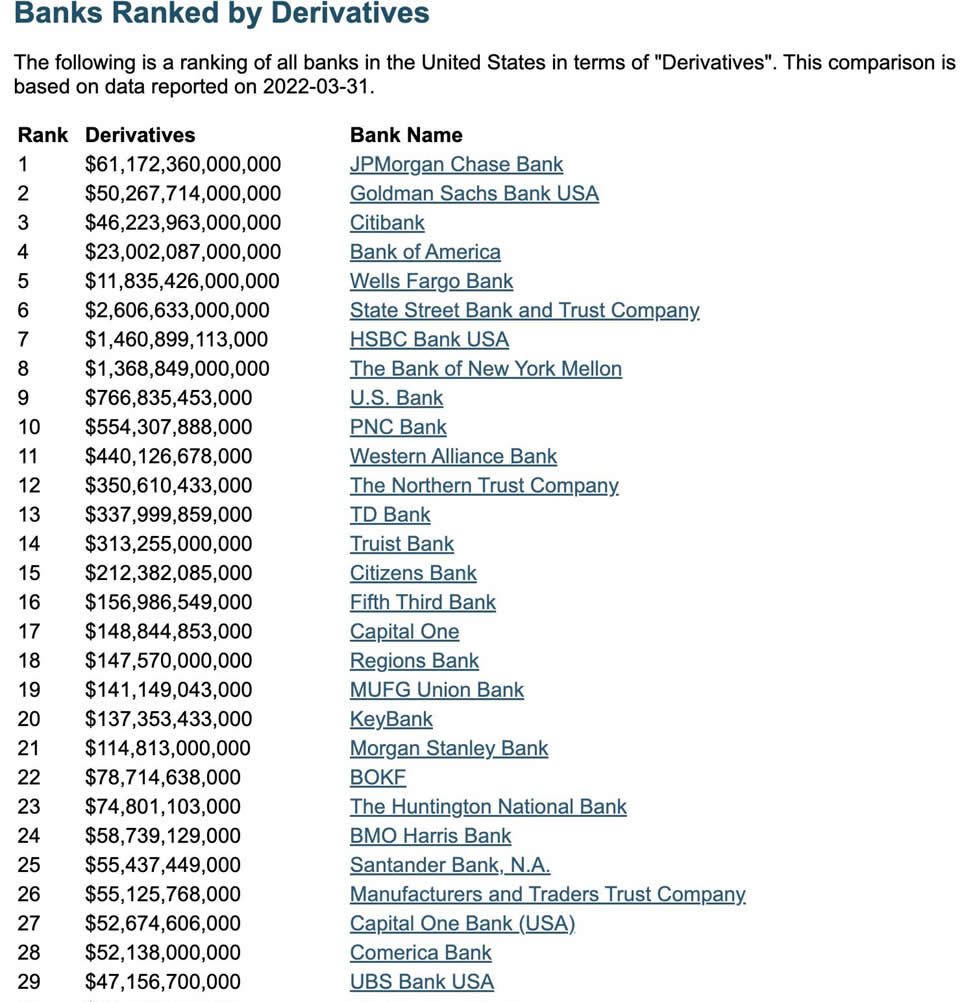 Derivatives keep hedges against inflation down.  Gold, Silver, Bitcoin are the largest hedges being held down by futures derivatives.  If banks had to come out of pocket to pay off this leverage, there would be immediate economic destruction to the point that the US would cease to exist, anything like it has, since 1776.  Therefore, derivatives continue, and to hold back inflation further, interest rates are moved around.  See the problem in this chart below with US 30 year mortgage rates?: 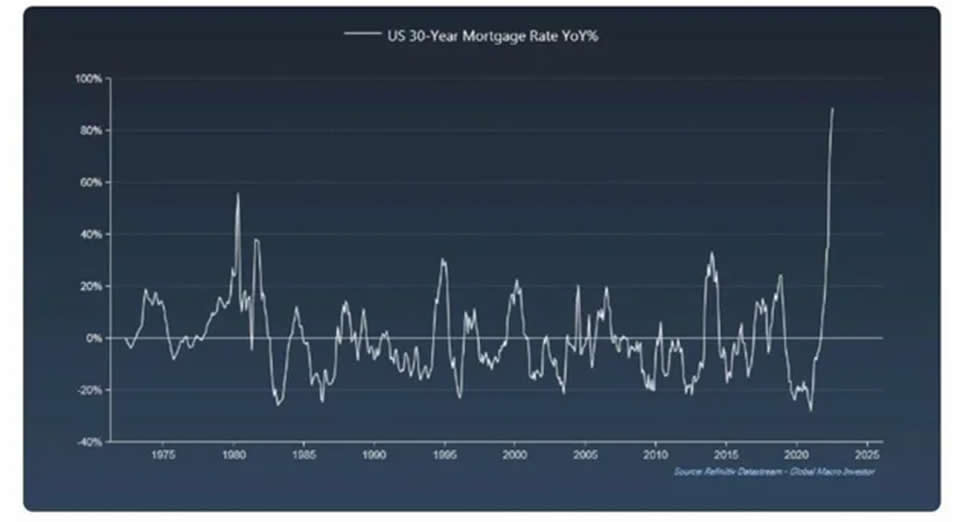 Remember, we harp on this weekly.  Every time there is a rate hike (November rate hike is 69% most likely to be 75 bps), debt service cost to the US increases.  Every 100 bps or 1% the Federal Fund Rate increases, that costs over $1 trillion per year to service the current debt burden in the US.  In Europe, it’s much worse.  This cannot be sustained much longer.  Central Banks can keep raising rates until the economies just collapse, with loss of demand, and loss of tax receipts to each government.  At that point, printing money is the only available solution.  That means hyperinflation.  Look at the 10 year bond yields over 30 years.  The trend line broke this year and rates are still climbing.  Has inflation been tamed?  NO!: 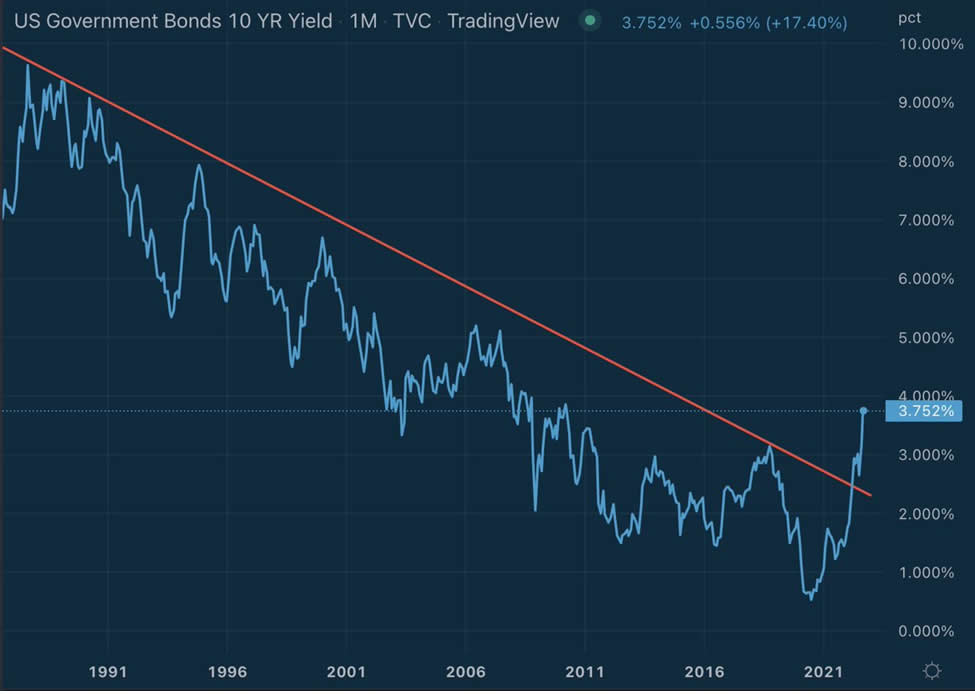 Wondering where the next Lehman Brothers is?  Try Credit Suisse Group.  They were at an all time low stock price, and then droped 12% below that: 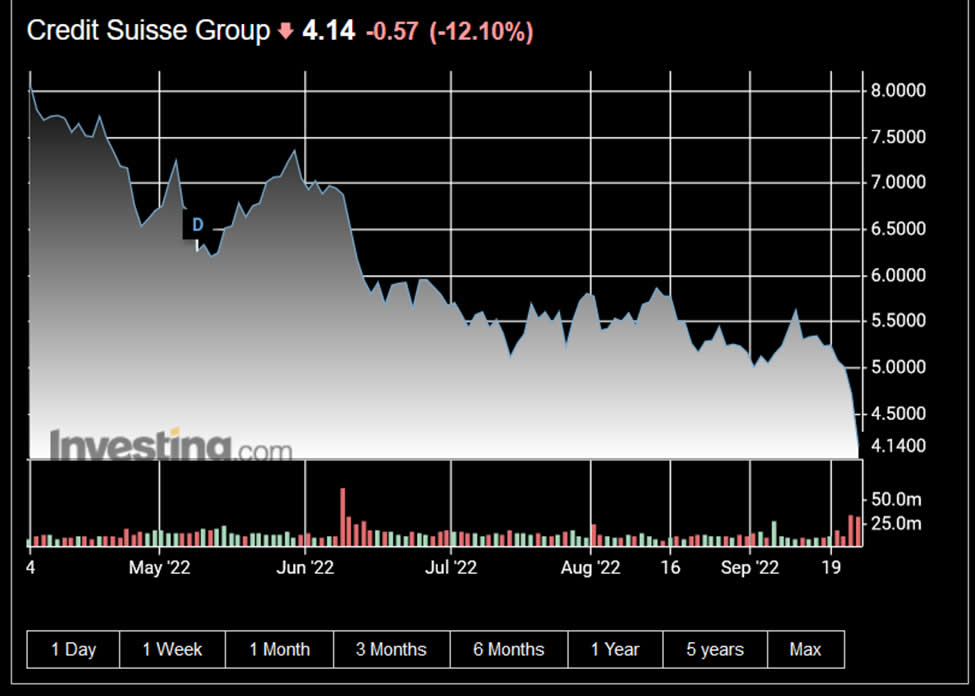 Meanwhile $75 Billion and counting has been sent to Ukraine.  Regardless of the politics of this, the $31 Trillion in national debt is too high, and debt service at these growing FFR (Fed Funds Rates) are too high.  At some point, the Fed will have to end the rate hikes.  If this goes into 2023, as the dollar milkshake theory suggests it will.  Then rates will get close to 6% FFR.  Right now they are right at 4%.  That means another $2 Trillion per year in debt service costs.  Higher taxes, and increased volatility.  Until the money printers start back up again, economic destruction will continue.  The UK announced today they are now doubling their quantitative easing, attempting to stave off hyperinflation!  Yet the US Fed continues to raise rates.  The reason for this, which is the dollar milkshake theory, is that there is still too much USD floating around the global monetary system.  In order to unwind this debt, those dollars must be removed from the monetary system.  Raising rates continually, will eventually, bring the USD back into the US, and out of the monetary system.  It would end up as bank reserves in the treasury general account.  The theory is that once enough money is back in the TGA, lending can commence and rates can come back down.  However, what makes this great financial crisis worse than 2008, is that this time.  There is exponentially higher debt, and the derivatives exposure that banks have is likewise exponentially higher.  Since 2008, the monetary system has been on life support.  All of this debt must be unwound now.  Otherwise, the monetary system cannot sustain itself!  The debt service would simply bankrupt every nation state.  Their only option is to eventually print money, and pay back the debt on printed, worthless currency.  Then the citizens buying power goes to zero.  Which is what is happening in real time.  Here are some quotes from those who understood the monetary system, BEFORE the Central Bank was here.  The Federal Reserve was established in the US, in 1913: 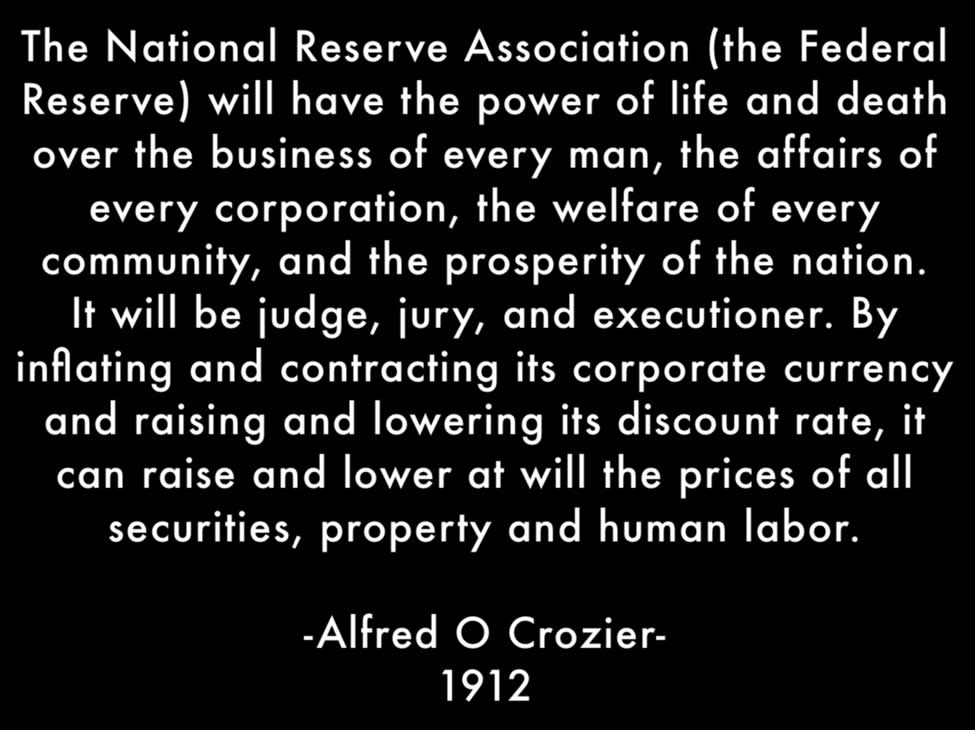 Alfred O Crozier was an author and an attorney.  He warned us in this quote, and in his 8 books on this subject.  All of the actual politicians, who severely opposed the creation of the Federal Reserve, died in the Titanic ship wreck in 1912.  This next quote from Andrew Jackson again warns us about the Federal Reserve:

Only the businesses, and individuals that have access directly, or indirectly to the money printer of the Federal Reserve can actually obtain the capital to invest in their businesses.  Now that Bitcoin has been invented.  There is another way.  Opt out of the US dollar.  Regain your lost buying power.  These circumstances we have laid out will not end in you increasing your purchasing power, if your invested in a stock and bond portfolio.  Those portfolio’s cannot survive the coming inflation, when the Fed is eventually forced to pivot.  That day will come.  We don’t know when.  Not in 2022.  That much we know.  Yet, when QE and money printing comes to the US (It’s already come to Europe), there will be nothing to stop the inflation we will experience!  Nothing!  The buying power of the dollar’s held in savings will be destroyed.  Inflation will mean the stock market losses were already too great, to keep up the rate hikes any longer.  Therefore, buying Bitcoin, and Silver, or Gold, are the necessary hedges required to maintain any buying power.

Bitcoin already outperformed all stocks and bonds in 2022.  Yet it returned just 3.1%.  That means stocks and bonds lost big money, and this has not BEGUN to reverse.  Look for a huge upswing in Bitcoin, Silver, and Gold whenever the derivative markets start to be affected by this financial crisis.  Debt service is simply too expensive for most governments globally.  The US will take it’s turn, just as the UK is doing right now!  This is not financial advise and we are not financial advisors.

Stay decentralized, and outside of the system of corruption we are in now.  Money losing all of it’s buying power, does not make life easy for anyone, unless they are connected to the money printer.  Most of us are not, therefore, we need Bitcoin!  We need it so bad, that even Visa has partnered with FTX and offers Visa debit cards in Bitcoin now, click here to view on Twitter.