Bitcoin, Back In The Saddle, Even Without Internet

Today, cyber Monday, Bitcoin opened with an 8.12% CME gap in the Bitcoin futures.  It’s largest opening CME gap ever.  See the chart below: 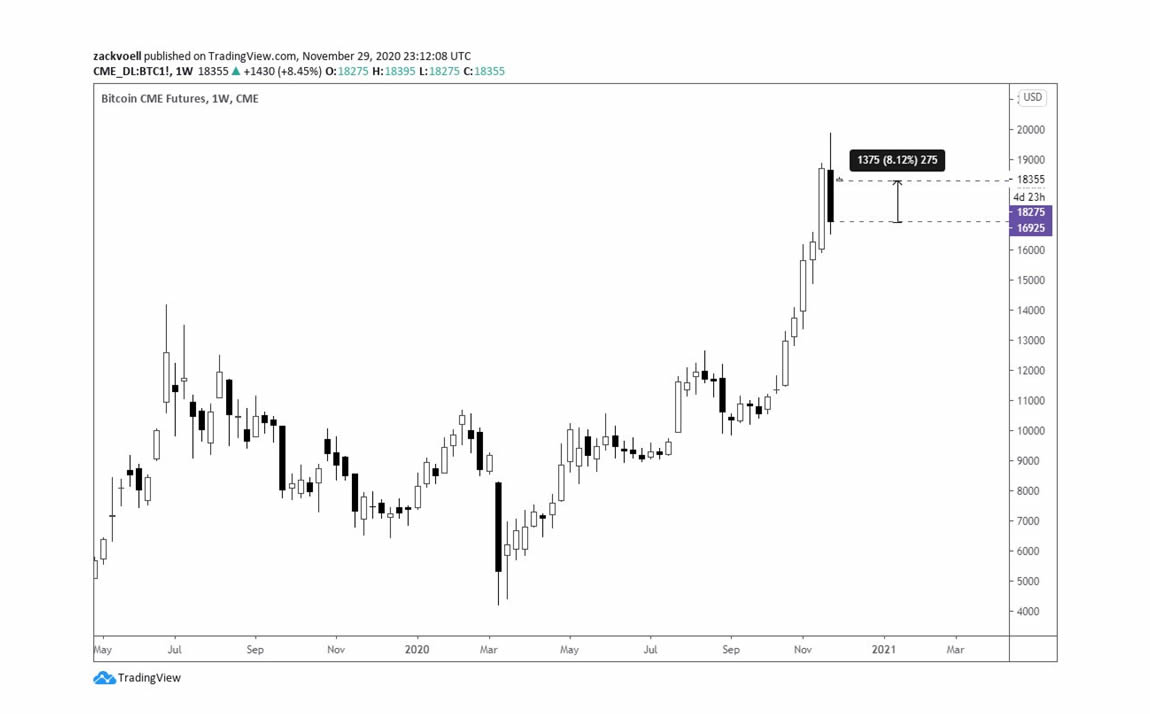 Below is a chart comparing this 2020 bull run to the 2017 bull run.  Last week, on thanksgiving day Bitcoin had a pull back to $16,250 or so.  It was short lived.  Bitcoin briefly went above the all time high (ATH) this morning.  It is expected for Bitcoin to struggle breaking above the ATH.  It may take all week to have a daily close above $20,000.  That is the mark Neutral ATM is looking for confirming the break out above the ATH.  It could even take 2 or perhaps 3 weeks to break out.  When it does, look at the arrow on the left: 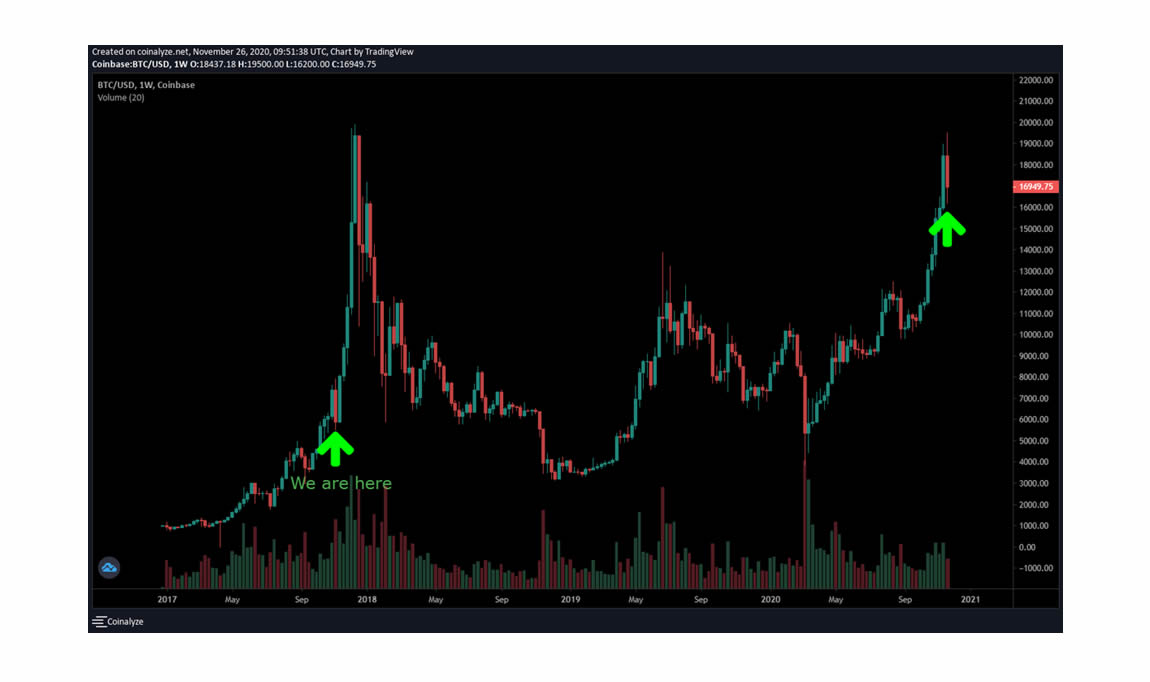 Neutral ATM has had questions about transacting Bitcoin without a Wifi connection.  This is not easy to do for any digital financial transaction.  It is important we research this.  @Liquid_BTC is a great starting point, on twitter.  Wallets on Liquid BTC use satellite technology as a sidechain transaction exchanging BTC for L-BTC or Liquid Bitcoin.  Since Liquid Bitcoin uses satellites directly.  If Wifi were a problem, they have a solution.  See on Twitter.

37 coins offered non wifi based transactions for buying or selling bitcoin as well.  Unfortunately, they closed down in 2015.  They’re service was specifically for the unbanked.  However, they did offer Hamm radio transactions in Bitcoin.  Since they have been down a while it is not easy to find these transactions taking place lately.  Upon more research we found gotenna.  Here is a tweet thread about how to use ham radio to send or receive Bitcoin

This can be done from anywhere and without internet.  We believe that as satellite technology improves, the use of these for non wifi Bitcoin transactions will trump Hamm radio.  Elon Musk started StarLink and by mid 2021 they will have 150 satellites in low orbit for $99 per month.  That gets you satellite internet directly to the StarLink network of satellites.  The internet connection will be seamless from anywhere in the world.  Starlink.com.  Again, it will be available mid 2021.

Nick Szabo tweets below about sending Bitcoin without satellite or internet, see on Twitter. Thus, it is obviously possible using several means, to transact Bitcoin without an internet connection.  Satellite direct transactions, hamm radio, and js8call.com.  One key it you are going to attempt it, is to plan way ahead.  The sender and receiver will need to coordinate ahead of time, together.

In closing, we wanted to show our readers this article from Niall Ferguson.  He is a senior fellow at Stanford and previously Harvard and Oxford.  He is a financial historian and has authored 7 books on financial history.  He is suggesting the future Biden administration embrace Bitcoin, and use it directly in the US financial system.  Appears there will be a lot of change in our monetary system over the next few years.  Bitcoin will be a part of it.  The exact role it will play is yet to be determined.

“After 10 years of working well without interruption, with close to 100 million holders, adding more than 1 million new holders per month and moving more than $1 billion per day worldwide, it has a 50% chance of hitting a price of  $1 million per bitcoin in five to seven years’ time.”
Wences Cacares – famous tech investor from Argentina
see full article