This bull run has 75 – 140 days to go.  Maybe longer, but we doubt it.  A good reason is the asymmetry of Bitcoin.  M2 money supply is straight up since 3/2020.  Yet, look at this chart below of total commercial bank assets since the 50’s!  The reverse repo market keeps growing as banks need more and more money for TGA (treasury general account) reserve assets.  As banks have to continually be buoyed up by the Federal Reserve buying back treasury security bonds, any extra volatility could implode the credit markets: 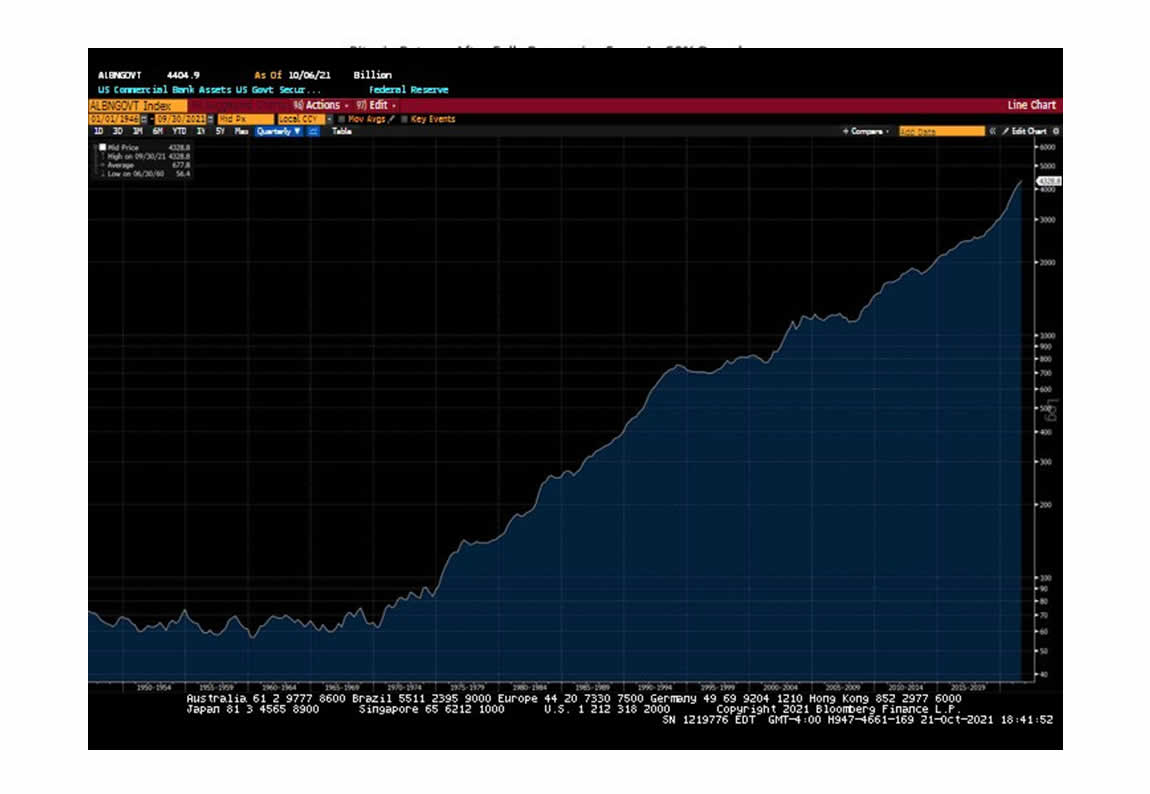 Where would extra volatility come from?  The 10yr Bond market breaking out would add volatility.  Real Vision founder Raoul Pal is a bond bull and sees that aiding a deflationary crash.  Here is the bond chart below, showing a cup and handle: 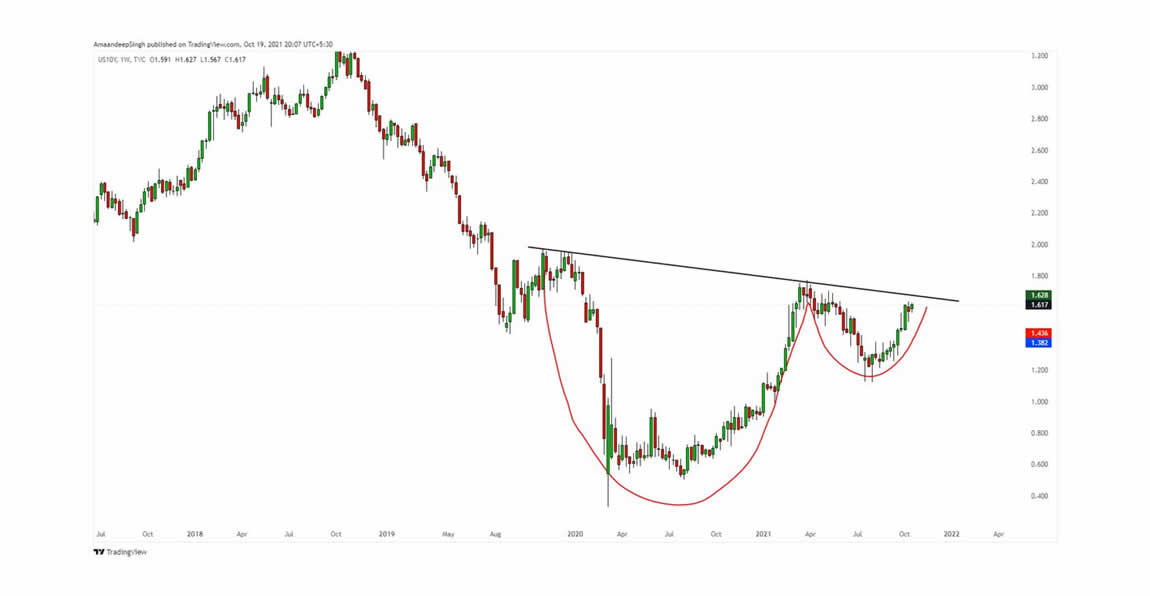 Climbing interest rates, during out of control inflation, would be a deflationary crash catalyst for sure.  Watch this 10 yr bond chart!

If stocks reacted and Bitcoin followed them down a little would that stop the bull run?  No, it may lengthen it though.  We will have to wait and see how it all plays out.  Even if Bitcoin drops below $60K, or below $50K, the bull run is not over by a long shot.  Historically, during double top bull runs, which Bitcoin is in, retracements are short lived.  We just raised up out of the gausian channel of resistance, “quick sand”, after being in it for 140 days.  We doubt seriously, Bitcoin drops back into it this soon, but it could happen.  It is easier to predict longer term outcomes, thus, we don’t suggest trading short term.

Another major catalyst pushing Bitcoin asymmetry is M2 money supply growth.  Here is a good chart showing how fast money supply has been growing since 3/2020:

Then, compare that to what Bitcoin is made of.  Blocks on the blockchain created every 10 minutes.  This shows how strong the blockchain is.  EH is an exe hash/second.  The rate Bitcoin is mined.  Notice the growth of Bitcoin mining since 2010.  The blockchain has never been stronger.  Remember, every 210K blocks, the miner reward is cut in half which kicks off the next supply shock, and bull run.  This is why we always mention how rhythmic Bitcoin cycles are.  Here is the chart below:

Bitcoin’s algorithm keeps adding blocks made of math on the blockchain, adding scarcity every 210K blocks.  Meanwhile, all fiat currency is growing M2 money supply, increasing commercial bank assets through the reverse repo market.  While, the 10 year bond market threatens to break higher.  This forces more QE (quantitative easing), which grows M2 money supply faster, and puts more pressure on the credit markets through the reverse repo market.  It’s like an engine running at higher and higher RPM’s.  It cannot last forever, it will throw a piston rod at some point!

Therefore, hedge this economic engine running at 6K RPM and climbing, unable to downshift.  Hedge monetary devaluation, protect your wealth and buy Bitcoin.  Check out this chart zoomed out a month.  The 5% correction Bitcoin experienced today, it will disappear very soon!: 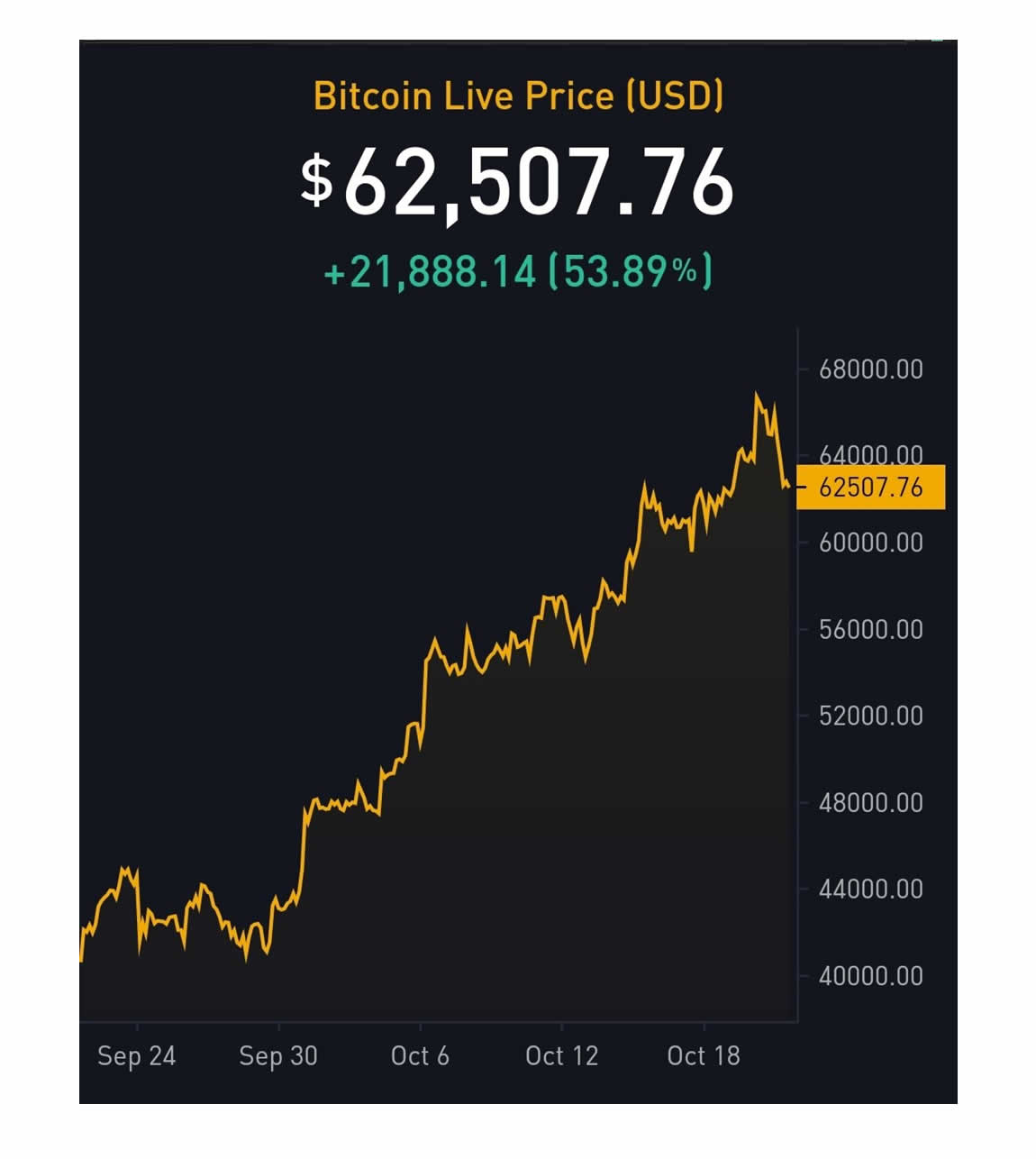 Likely Bitcoin was cooling off and leveraging too many over leveraged long positions.  It should keep climbing some this weekend, and look for a bullish next week or so.

We own a little Ethereum but minimal compared to Bitcoin.  As Altcoins start getting more public press later in the 4th quarter.  Try to remember this chart: 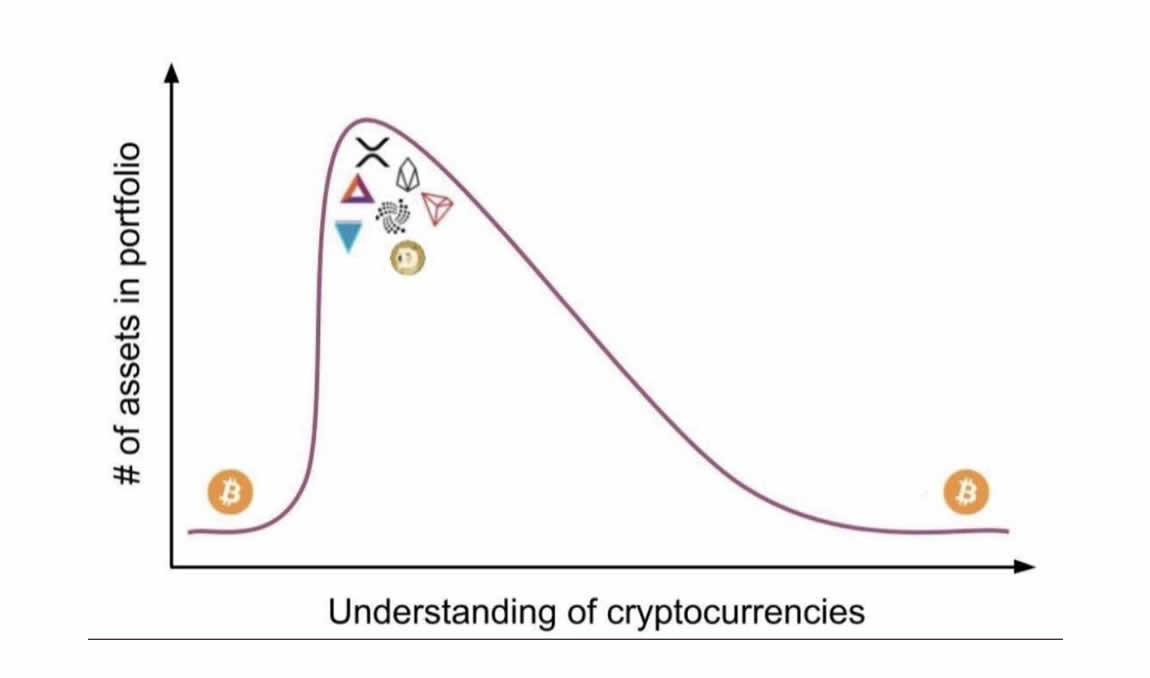 Limit the number of coins you own.  We will never go beyond two!