Bitcoin is the first peer to peer public network that eliminates the need for an intermediary government to control the money supply.

We can have civilization without government organization!

This translates into individual US States having the ability to make Bitcoin legal tender or (in Mississippi’s case) not exempting it as legal tender.  Here is Wendy Rogers commenting on the Texas Governors race, click here to view on Twitter.

If states want to be emancipated from federal government control of the money supply, they can allow Bitcoin as legal tender and regain autonomy for that State.  Here is Arizona’s Bill: 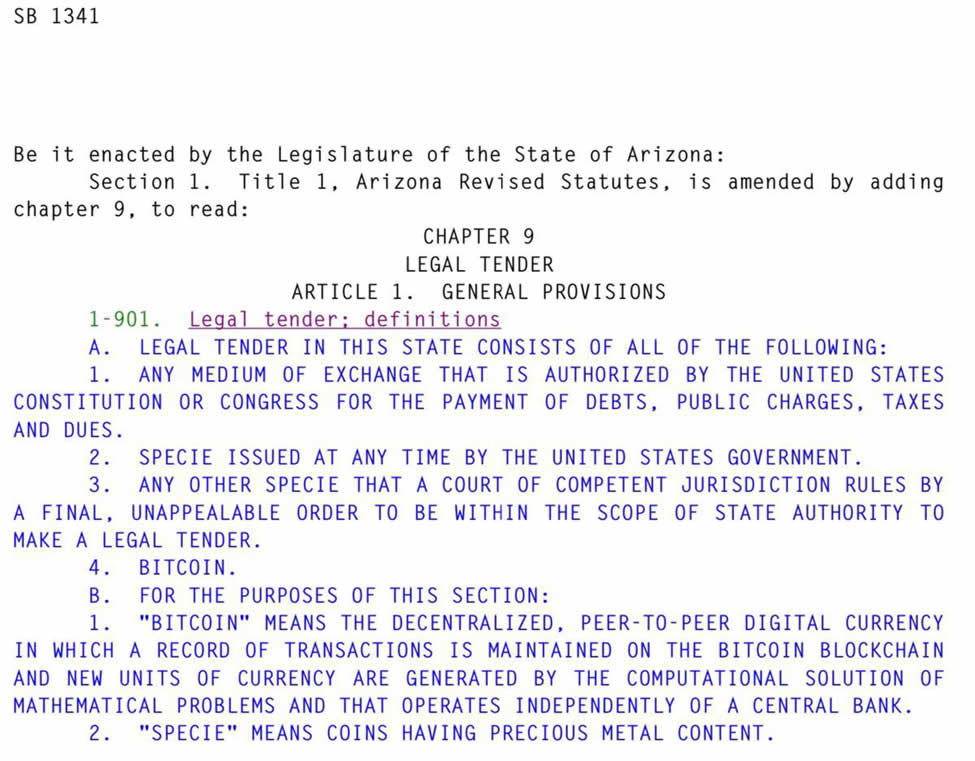 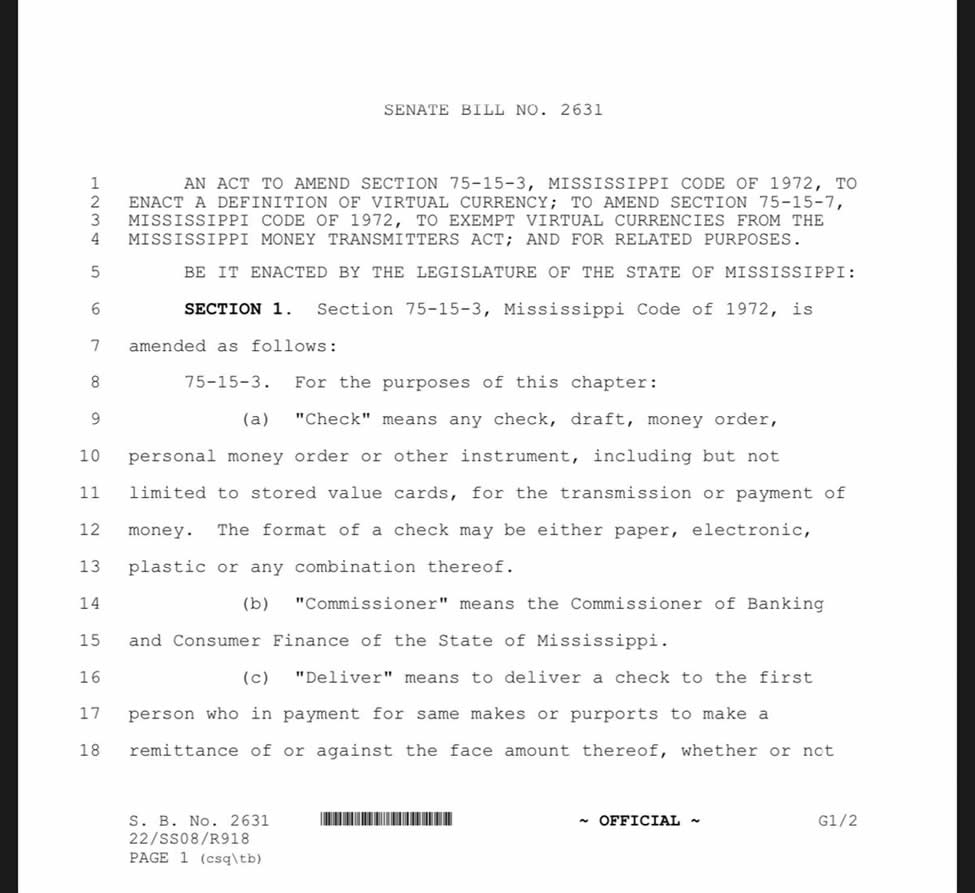 This bill exempts virtual currency from the Mississippi money transmitters license.  That includes Bitcoin and if Bitcoin became legal tender in another State, Mississippi would recognize that.  If these bills pass.  This type of legislature is sweeping the conservative States in the US!  Texas, Oklahoma, Wyoming, Colorado, are advocating similar things.  Texas is the loudest and may also start a bill making Bitcoin legal tender.  Adoption of this asset will only increase as inflation increases.  When bread, meat, dairy products, fuel, rent, and real estate costs soar high enough, with minimal pay increases globally.  Bitcon will catch fire, politically, and socially: 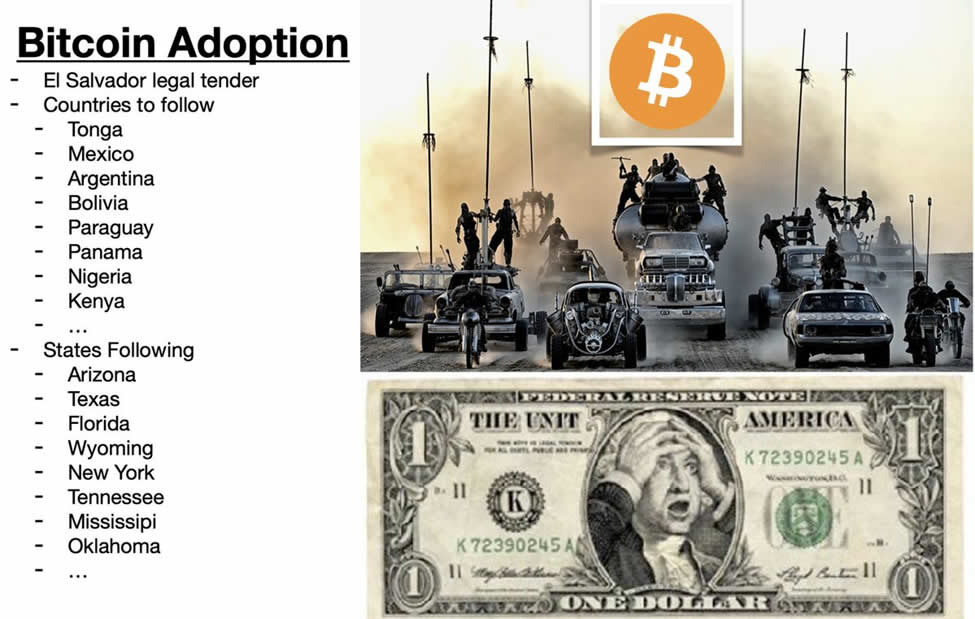 9 Nation States and 8 US States are expected to, or already have, made moves to make Bitcoin legal tender.  There are different stages to this, and it will take time.  So far, in 2022.  Bitcoin adoption is taking center stage and sweeping the globe in it’s adoption and cries for freedom from tyranny! 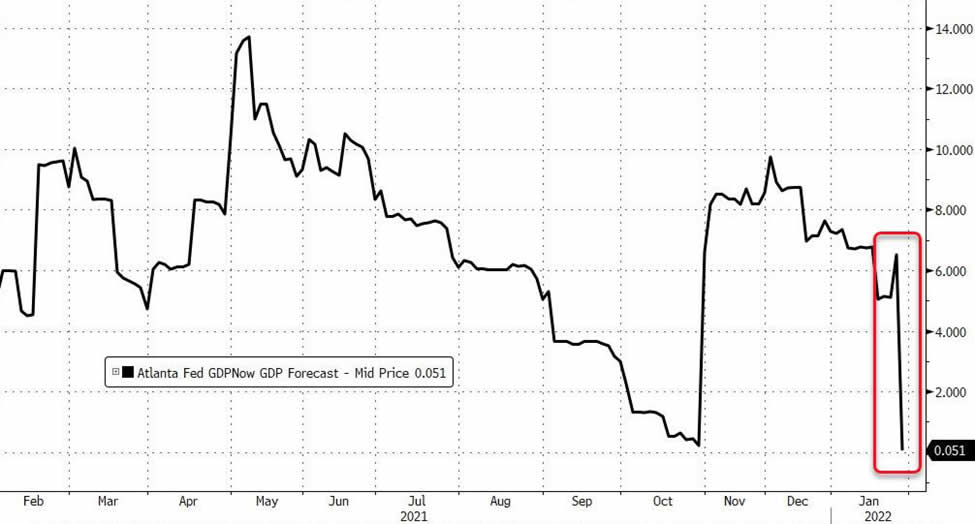 Stocks are down -20%+ on news that the Fed may raise rates.  Last week, they pushed that announcement of the rate hike to mid March.  Neutral ATM says, they will keep pushing out this announcement!  Notice the drop in the PMI (purchasing managers index) since last January?: 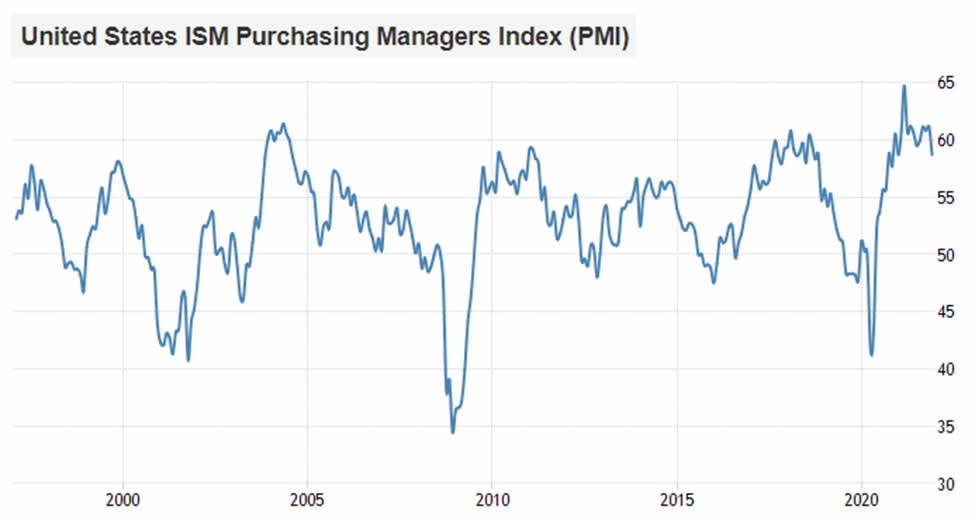 We will keep watching this PMI index.

Now there are 100,000 truckers and 1.5 million people in front of Ottawa Parliament in Canada. 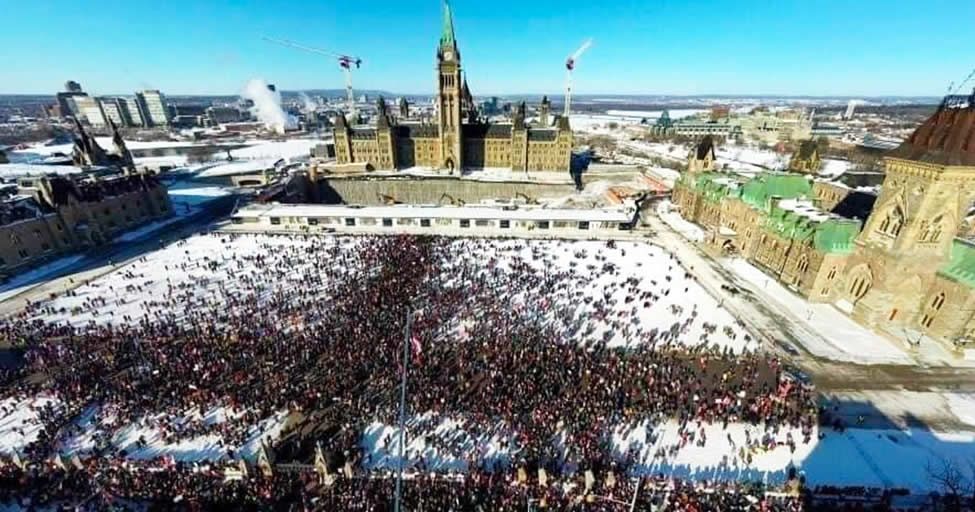 A US trucker rally from CA to DC is being planned as well.  This next slide shows what would happen in areas hit hard by trucker protests against government mandates.  If these protests persist in the US and Canada into late February.  Raw material shortages will get really bad and inflation will spike.  Further deflating any lilyhood of the  Fed effort to raise rates.  Inflation, not interest rates are what we expect will be the catalyst to lead a mass adoption into Bitcoin.  Even go fund me, canceled the millions raised for the Canadian truck rally going on now.  Money raised in Bitcoin cannot be canceled, unless the owner of the wallet(s) decide to do that.  Bitcoin seperates money and state!  Here is the slide on what happens to raw material supplies if the truck rallies continue for weeks:

Truckers are asking for the mandates to be lifted.  If that does happen then the supply chain bottleneck at the US borders will be released.  We do not know how this will end.  Simply that Bitcoin allows funding to be continued and not cut off as it was by gofundme.com.  If this does continue, it will have a severe impact as described above.

Bitcoin gives individuals freedom from having their CBDC money cut off due to behavior.  This was from past blogs.  Bitcoin gives individuals the freedom to buy instantly on the lightening network, anywhere in the world.  The transaction can be from Houston, TX to Madrid, Spain.  It takes seconds on the lightening network, and it is permissionless.  We always know Bitcoin supply due to the block reward schedule.  In the chart below we can see, the block reward drops every 4 years at the halving.  Supply always tightens.  Opposite of fiat currency.  No central bank will ever or can ever control Bitcoin.  It is a public ledger.  All you need is an internet connection.  Here is the chart of all block rewards:

If you do not like your savings being devalued, your living expenses just to survive, inflated away, always going up.  Bitcoin reverses the trend.  Hold it long term.  Mine Bitcoin if possible.  Grow how much Bitcoin you save.  It brings freedom from central bank tyranny.  Bitcoin will act as a trojan horse on the fiat monetary system.