Bitcoin Ahead of Schedule?

It appears that Bitcoin is ahead of schedule.  We will show proof that it is ahead of schedule to some degree and examine why.  Below is a chart from last August.  It was a projection back then on where Bitcoin would go over the next few months in the future.  According to this chart Bitcoin should be $24K - $28K at this time.  It is at $45K right now and in a descending channel bull flag.  It appears that when Bitcoin breaks out of this bull flag, it will break $50K.  Maybe by Friday?  It could possibly reach to $54K.  We will see.  But obviously, Bitcoin is growing faster than expected last August.  Here is the chart below: 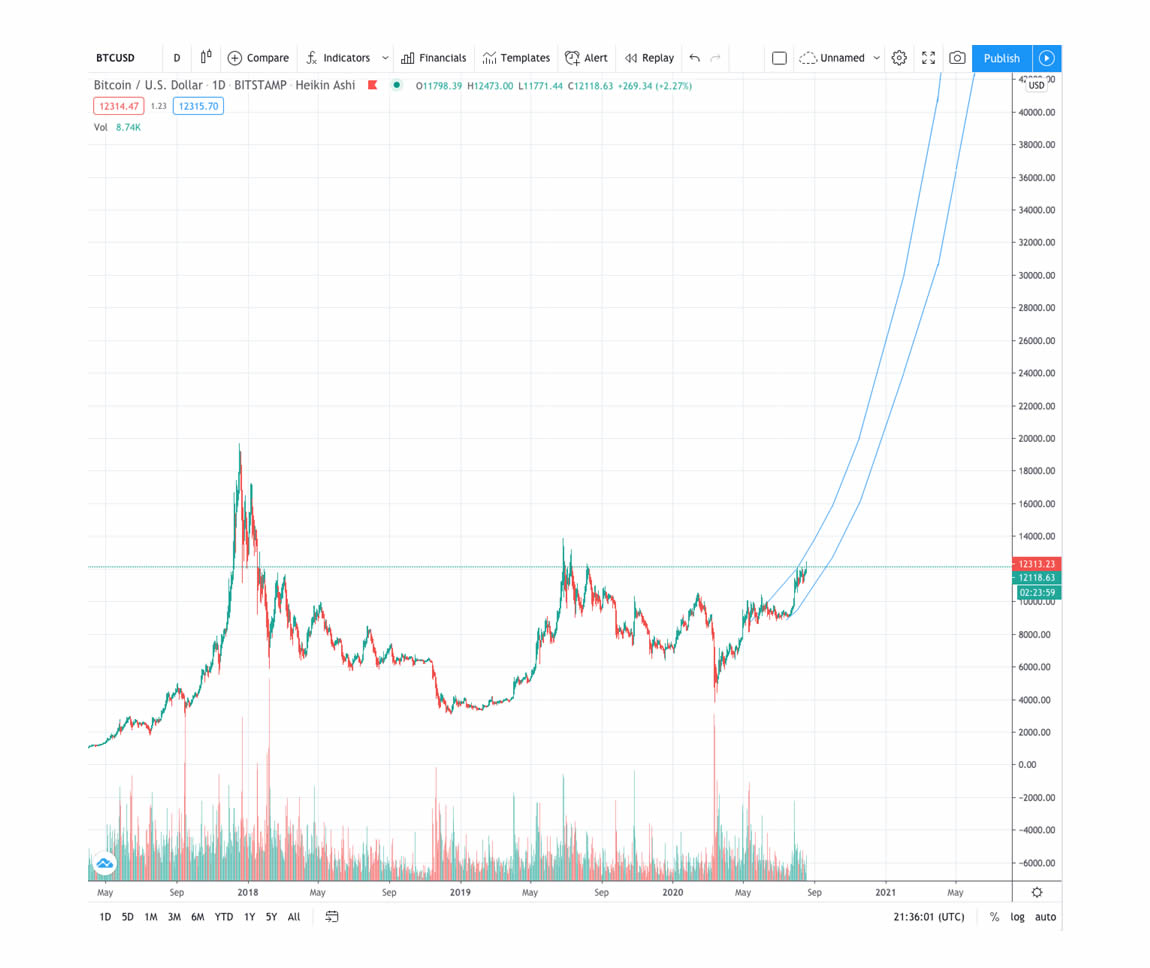 We know about all the corporations, hedge funds and institutional investors flocking to Bitcoin.  Here is a tweet from over a week ago from Francis Suarez, mayor of Miami, FL.  The Bitcoin conference will be there this June.  Neutral ATM is going.  We can’t wait, view tweet.

At some point in 2021, we believe a pension fund will announce an investment in Bitcoin.  That will really be something.  With all of this corporate, institutional, and to a lesser extent, municipal investment into Bitcoin, it will be interesting to see how price action reacts.  So far in 2021, Bitcoin is well ahead of schedule.  However, what does that mean longer term for this bull run.  Does that mean it will go a lot higher or last a lot longer?

Those are very hard questions to answer at this point.  The bull run is still early right now.  This may all become more clear in a few months.  Historically, Bitcoin simply outperforms other assets by a very wide margin.  When new technology first comes out, there are always loud neighsayers.  Last week we quoted a lawyer who was mocked for investing in Ford Automobiles when the first automobile came out in 1903.  He made a modest investment and later sold out for $12.5 Million in the 1910’s.  Not bad.  We don’t see horses used for transportation anymore, and we don’t see CD roms to store computer data.  Now we have cloud servers and the internet.  The internet was heavily mocked in the early 90’s.  No more CD roms!  Now we have digital currency, yet the only digital currency with provable scarcity is Bitcoin.  Bitcoin dominance is up as high as it has ever been.  Below is a chart on Bitcoin ROI compared to traditional assets: 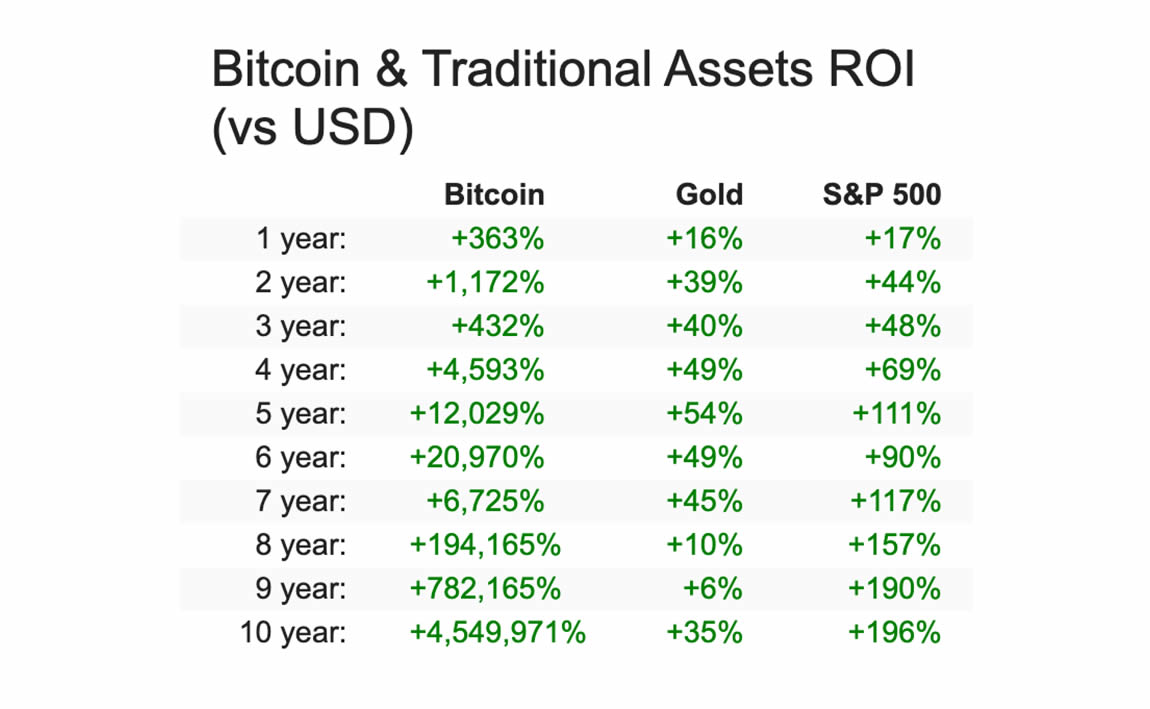 Two of the last ten years Bitcoin pulled back, 2014 and 2018.  We believe 2022 will be a bear year especially the second half of that year.  Therefore, we have mentioned in our blogs, laddering out of Bitcoin for a while as it approaches the blow off top later this year or early 2022.  Our target remains $160K to $220K, as the range for the top where Bitcoin may reverse and drop off steeply.  We will discuss that more in future months.  For most years, Bitcoin is far superior to the other assets in the above chart, and no doubt 2021 will be one such year.  Since Neutral ATM buys and sells Bitcoin we can help customers in bull and bear markets which is why all of our machines do both.  We like that flexibility.  We also like keeping our customers in the know about the Bitcoin market because it is volatile, and it swings wildly at times.  The trend is extremely positive right now, and as more information is available, on how close we are to a trend reversal, we will tell everyone!