Bitcoin has always been a supply demand, store of value asset.  It is hard money, not currency.  Currency is controlled by a government.  Centralized and easily manipulated.  Like the USD.  Bitcoin is hard money, the USD is currency.  Neutral ATM would rather have hard money saved than currency saved.  Yes, Gold and Silver are hard money too.  However, see this chart below for the price of Bitcoin on this day, July 11, every year since Bitcoin got bigger and well known, in 2011: 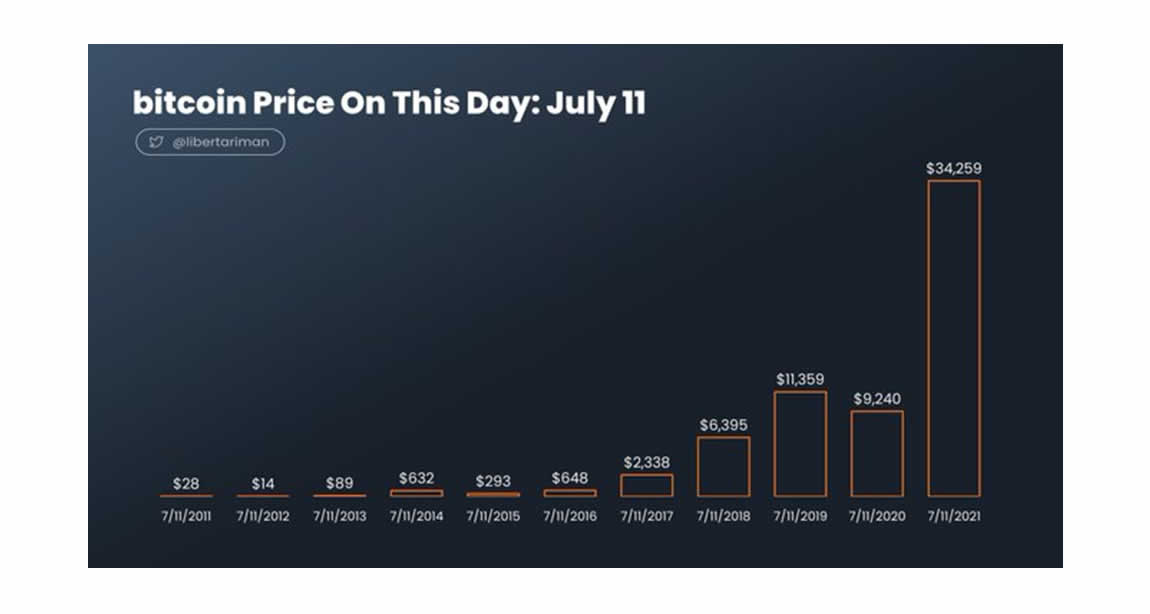 Obviously, Bitcoin has grown more than 10X what the SPX or Nasdaq has.  Scarcity is the main reason why.  Bitcoin is so deflationary and so fungible it outpaces Gold and Silver.  Now that we have proven, the stock market is really, truly on the verge of a collapse later this year, Bitcoin is the obvious flight to safety asset after this upcoming crash.  Even if it IS 2022 when that event happens!

Since we went over global macro the last two working days, today we will look again, at the Bitcoin TA on this longstanding wedge that has formed since April.  We have seen a symmetrical triangle break out downward, only to form another symmetrical triange immediately afterwards at a slightly lower number.  This has happened a few times, but that is NOT sustainable long term.  Volatility has always been inevitable in Bitcoin.  Up and down.  Here is how tight the latest wedge is:

Below is a chart from cryptoquant.  This is a fun chart, showing a launch zone or buy zone and a take profit or sell zone: 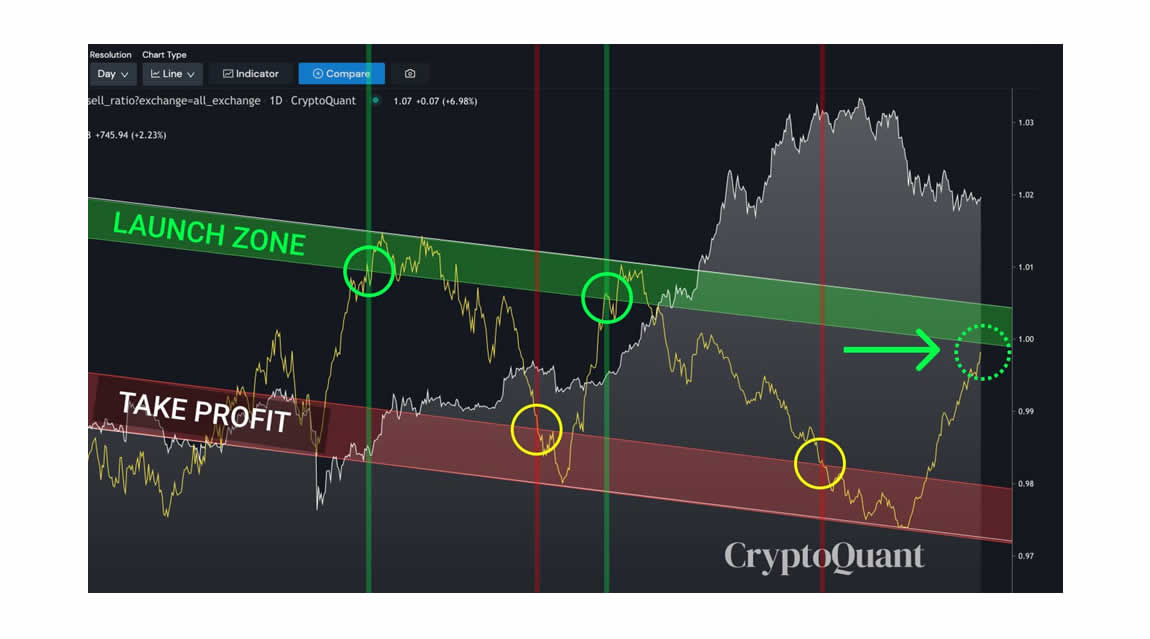 This next chart shows the massive resistance Bitcoin has been facing around $35,500.  Once Bitcoin rises above $42,000, there is much less resistance: 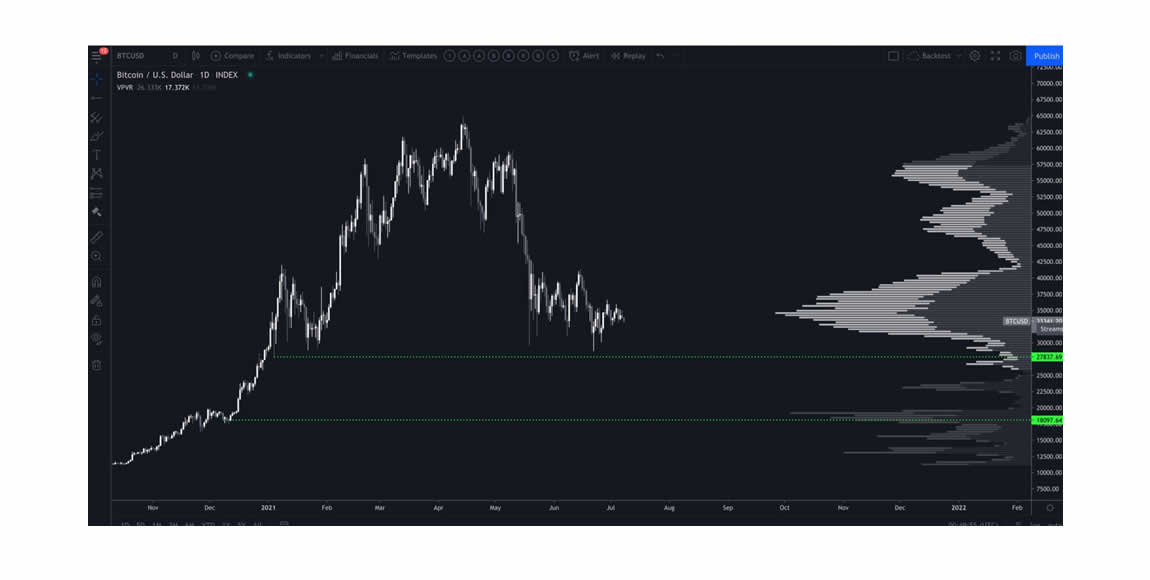 In our opinion, more resistance lies at $50,000, but very little above that.  In addition, Bitcoin miners have seen the tightening wedge and have begun to hold more Bitcoin in their wallets.  The hash rate recovery is underway!: 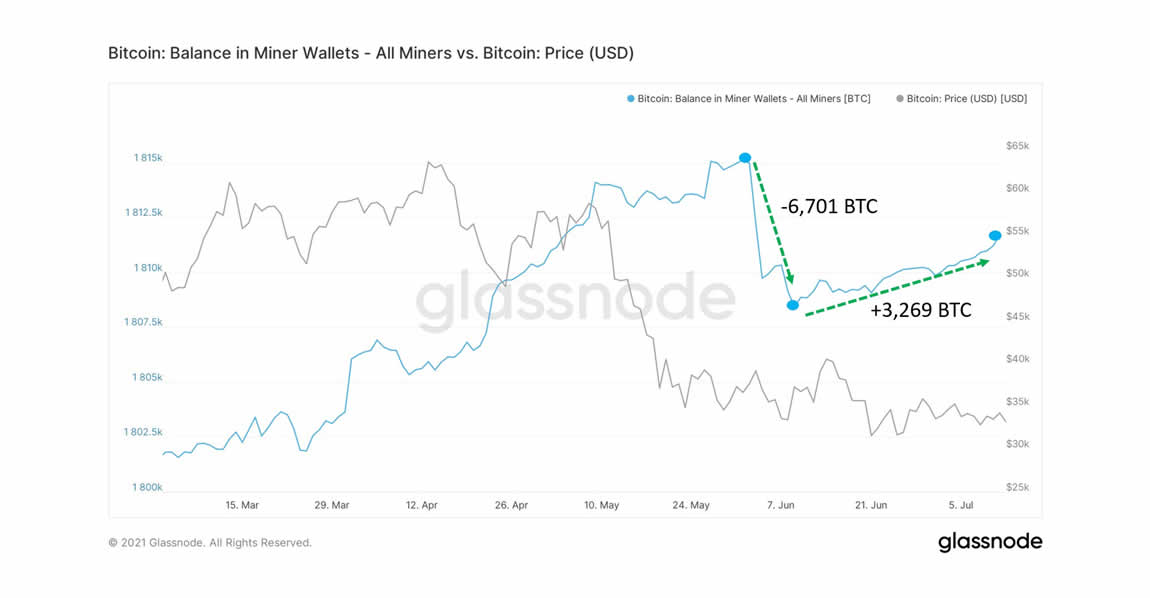 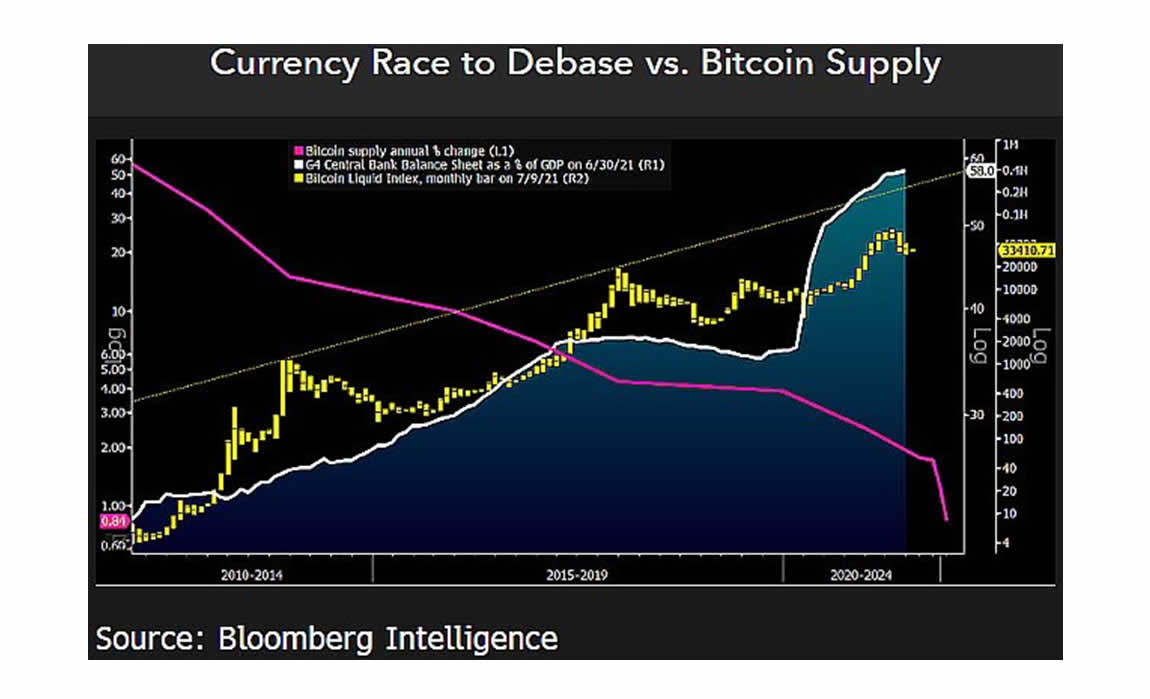 Endless central bank currency in circulation vs. scarce, decentralized, digital hard money.  It is no contest.  Bitcoin will win in the end.  So be patient, adopt Bitcoin, and hold on.  The price will, eventually, catch up to adoption!