As Bitcoin Conquers All Assets

Bitcoin has passed Microsoft in total market cap and will eclipse Amazon and Apple next.  Later on in the year it will pass USD in circulation, and by 2025 sometime it will pass the market cap of Gold.  See this chart: 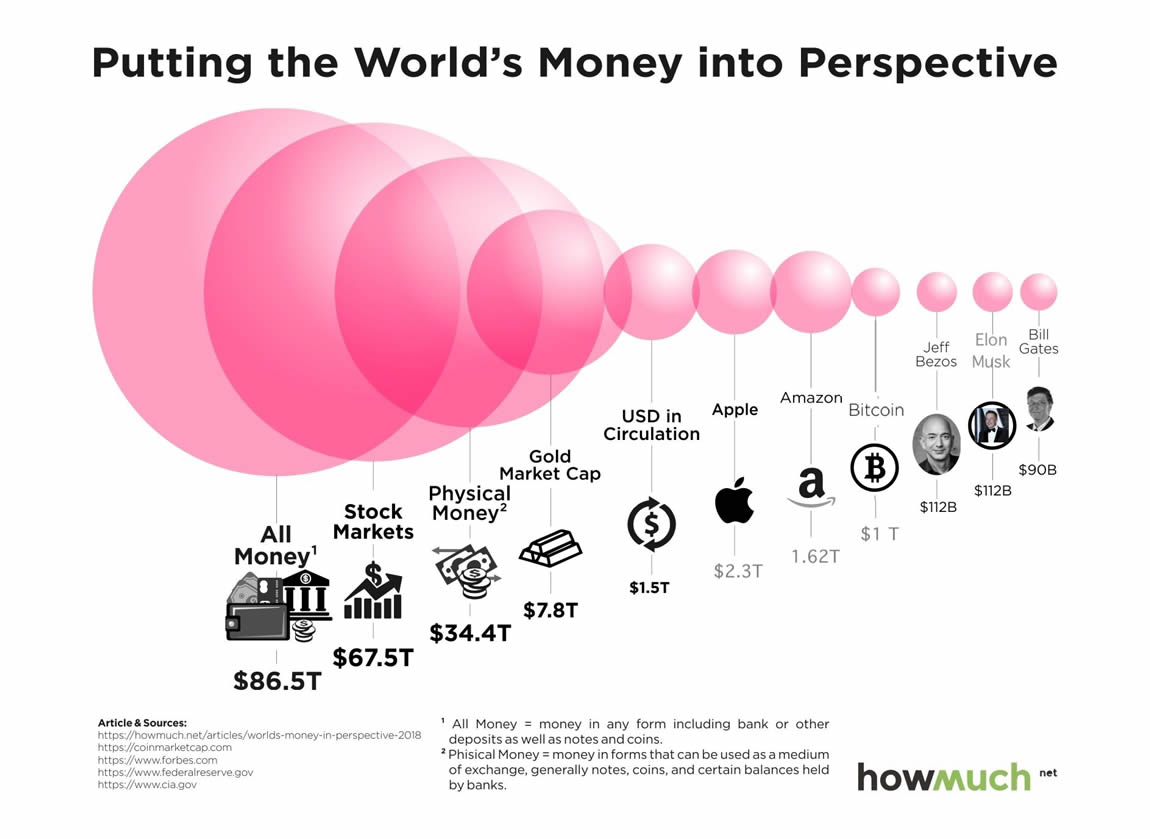 If you don’t believe me.  Recall that when Bitcoin first became an asset, it was valued at $.008 per coin.  That is 125 Bitcoin to $1.  Now, it is $57,000 to 1 Bitcoin.  Look at what is happening after all the large corporations have added Bitcoin to their balance sheet.  Not to mention hedge funds, and institutional investors.  Even insurance funds have added Bitcoin.  However, notice in the next chart how more and more Bitcoin is being removed from online exchanges (in blue on chart), while the Bitcoin price melts up.  See this chart below:

This means that more and more holders of Bitcoin are storing it offline and not keeping it on exchanges where it could become vulnerable.  Bitcoin is not being sold.  It is being put in deep storage.  It is the greatest store of value on planet earth.  When will that change?  We know $1.9 trillion was printed out of thin air this week.  When will the next stimulus get passed?  How much?  And the next after that?  When will this printing end?

Bitcoin just keeps laying down blocks on the blockchain.  After 210,000 blocks are mined the block reward gets halved which kicks off another bull run.  These bull runs are progromatic.  They are not enduced by man.  They are programmed in, to bring more and more scarcity, every 210,000 blocks.  That is why some call Bitcoin the honey badger.  It eats all assets and does’nt care what the economic climate is.  It does’nt care what inflation really is, or GDP, or the stock market.  Bitcoin is based on math and energy.  As long as those two things exist, Bitcoin will exist.  Everyone wants this to be more complicated but it is’nt.  Bitcoin is mathematically creating more and more scarcity as more and more blocks are mined.  As the price goes up, demand goes up.  This is the network effect.  So, in essence, Bitcoin has mathematically created it’s own network effect.  And it is not based on economics.  It is based, once again, on math and energy.  It has taken all emotion out of a store of value.  Trust the blockchain.  Bitcoin will win the war of attrition.  This is why, even if Bitcoin dumps for a year, you never sell the Bitcoin you have accumulated.  Keep it.  You bought it cheap.  Never sell it. Transfer a little into other stores of value like Real Estate.  I like fine art.  But do NOT sell your Bitcoin.  It will be worth $800K to $1 million by sometime in 2025.  What will it be worth in 2029, 2033, 2037?  A lot.  We don’t know how much but a lot.  Below is a chart on Bitcoin compared to the S&P500.  It is up over 75% on the S&P by March 10th! 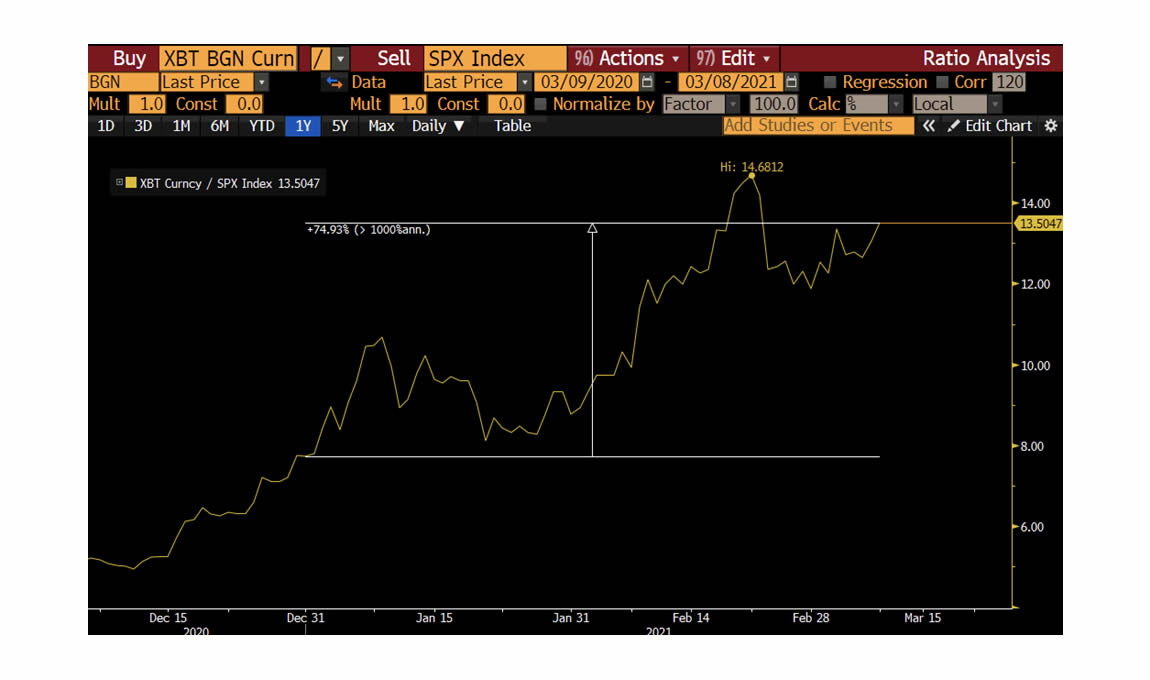 Neutral ATM is working on an OTC Desk, we should go live in a week or so.  Our minimum investment will be $10,000.  But for 4% we can buy and sell your Bitcoin for you, and never stop giving you free educational information on Bitcoin.  We have several new ATM’s coming online later this spring.  Believe in yourself, no one else will do it for you!  Hold your Bitcoin longterm, and let the network effect work for you.