Thousands, no, check that, millions of “pundits” on the internet are trying to explain this debt cycle we are in. My favorites are Lyn Alden, George Gammon, Raoul Pal, and Pomp.  Bottom line is Neutral ATM believes this is the 4th Cycle since the great depression and it will be worse than the previous cycles we have seen.  Our debt levels have not been controlled at all since the great recession of 2008-2009. Debt to GDP is now 138%... just WOW! I just listened to Jerome Powell in a podcast interview where he said the Central Banks main role here is to keep equity prices stable and employment high.  In a vacuum that is good.  However, for 12 years the Fed is pumping USD money supply and hurting our Debt to Equity ratios. There will be consequences to this eventually but not in 2020.  Not severe consequences like hyperinflation, or a massive deleveraging in equity markets. I admit I have been in the deleveraging camp but the more I look into what Japan did to survive their big recession, the more similarities I find. Stagflation or a more drawn out recession is much more likely than a large deleveraging event.  The US Fed is doing what Japan did in the early 2000’s. Printing currency to stave off deleveraging and devaluing currency to pay back debt at cheaper currency valuations.  Will they be able to do that?  A Deflationist says no, an Inflationist says yes.  I don’t know the answer.  Stagflation is the middle ground and most likely we don’t see massive inflation or deflation.  Seems reasonable and the most likely outcome.  Much like Japan.  But Japan’s recession is still going on now although it is improving.  Would it be possible to see this Stagflation push the US into issuing a central bank digital currency?  Yes, this appears likely, but we are still a few years away from that happening.  2022 – 2027-time frame possibly.  See this chart showing a comparison to where we are now compared to the 30’s. 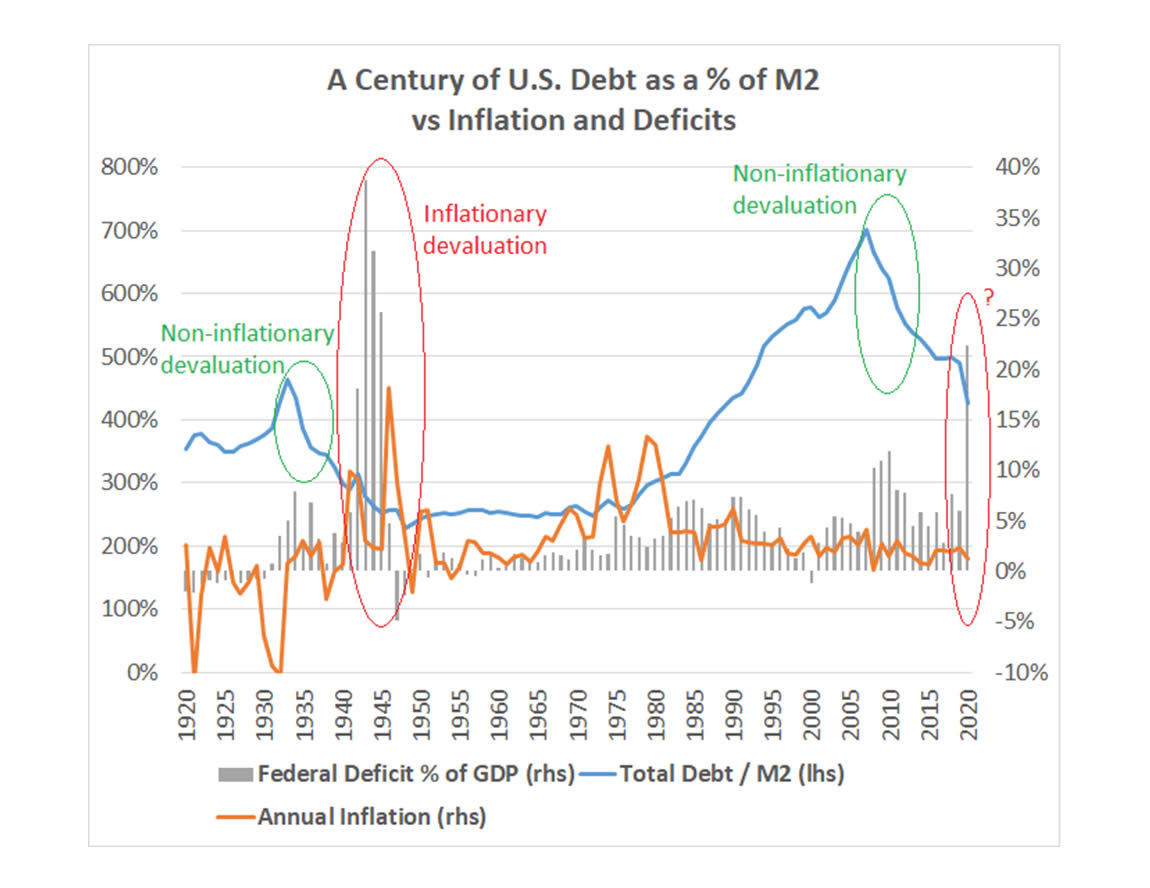 Since we have no war to bail us out like the US did in 1941-1945, we appear to be attempting to print our way out.  It would not surprise me to find a conflict the US is involved in someday, but nothing appears eminent right now.  Meanwhile, Bitcoin has survived Bitmex, Kucoin, and the President getting Covid 19 and here is what it is doing:

Neutral ATM believes the greatest hedge against the Fed policies is Bitcoin.  Ethereum is a small position as well.  Both will do extremely well.  Bitcoin is attempting to push up above $10,800.  When it has a daily close above $11,000 which could be any time now, could that send it off?  Will the upcoming stimulus do the trick?  That appears likely to be the case.  Stay tuned.  Buy Bitcoin and hedge the Fed.