Bitcoin is likely to have a good week inspite of the bad Monday, because the stimulus checks are arriving in mass this week.  In the chart below, Bitcoin has taken 291 and 297 days from the halving to the ATH.  We are at day 106 now, 175 to 195 days to go.  The ATH is far away from where we are now: 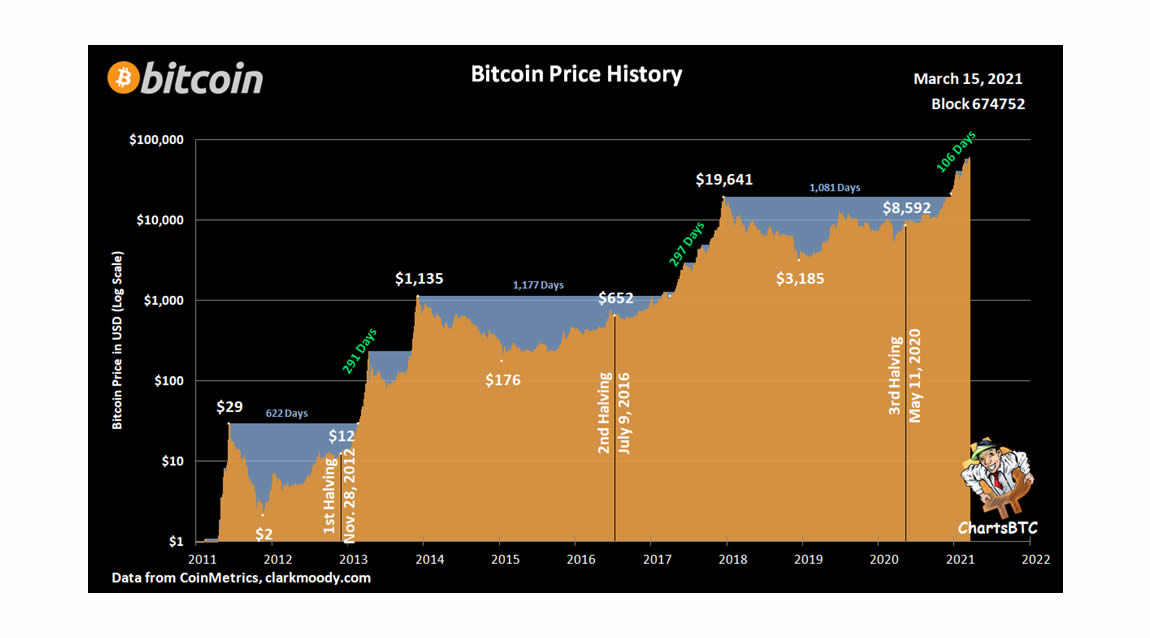 Stimulus recipients are preferring Bitcoin over Stocks to invest in 61% to 39%.  This graph shows these survey results: 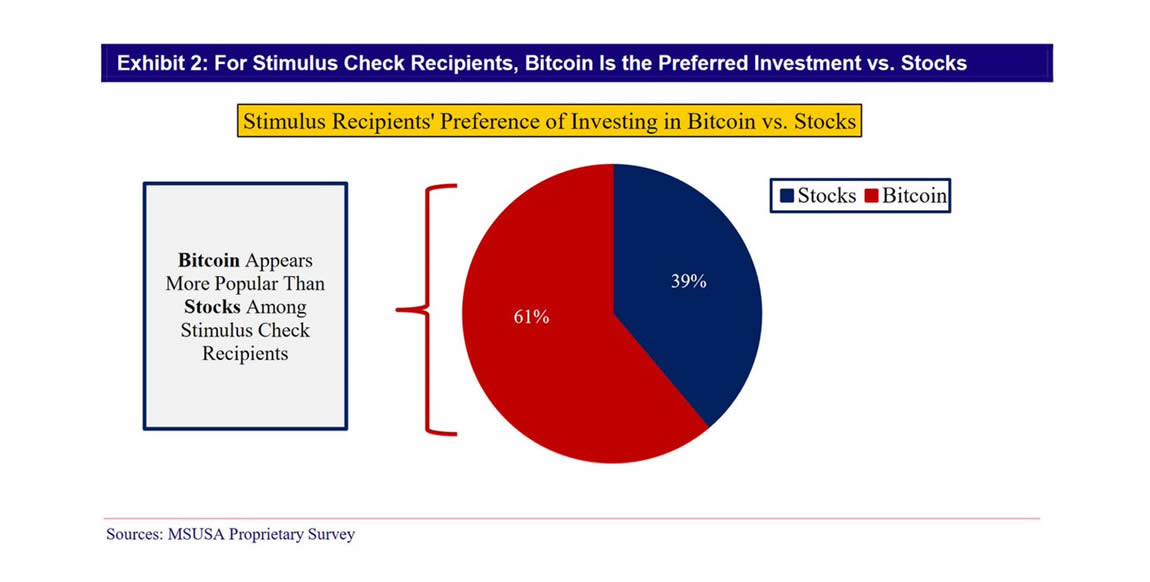 So, between the $1,400 stimulus checks pushing retail investment, and the institutional investors both piling into Bitcoin, we should see a great April, 2021.  March has usually been a re-accumulation month in the past.  FUD, fear, unbelief, and doubt have continued to spread Bitcoin misinformation to the public.  Inspite of that, it continues to come back no matter the obstacle against it.  Corona virus, several countries trying to ban it, exchanges being hacked and closing down, and many other opportunities for Bitcoin to fail.  Yet the math, and energy continue to follow the protocol as intended when it was created.  Each halving kicks off an 18 to 24 month bull run.  Below is a graph with one of the greatest FUD artists quotes, Peter Schiff, when the corona virus dump happened.  Immediately after this dump Neutral ATM bought in to Bitcoin big.  Knowing when Bitcoin is at or near a bottom, is important to see.  Following the 200 day moving average is critical to spotting bottoms: 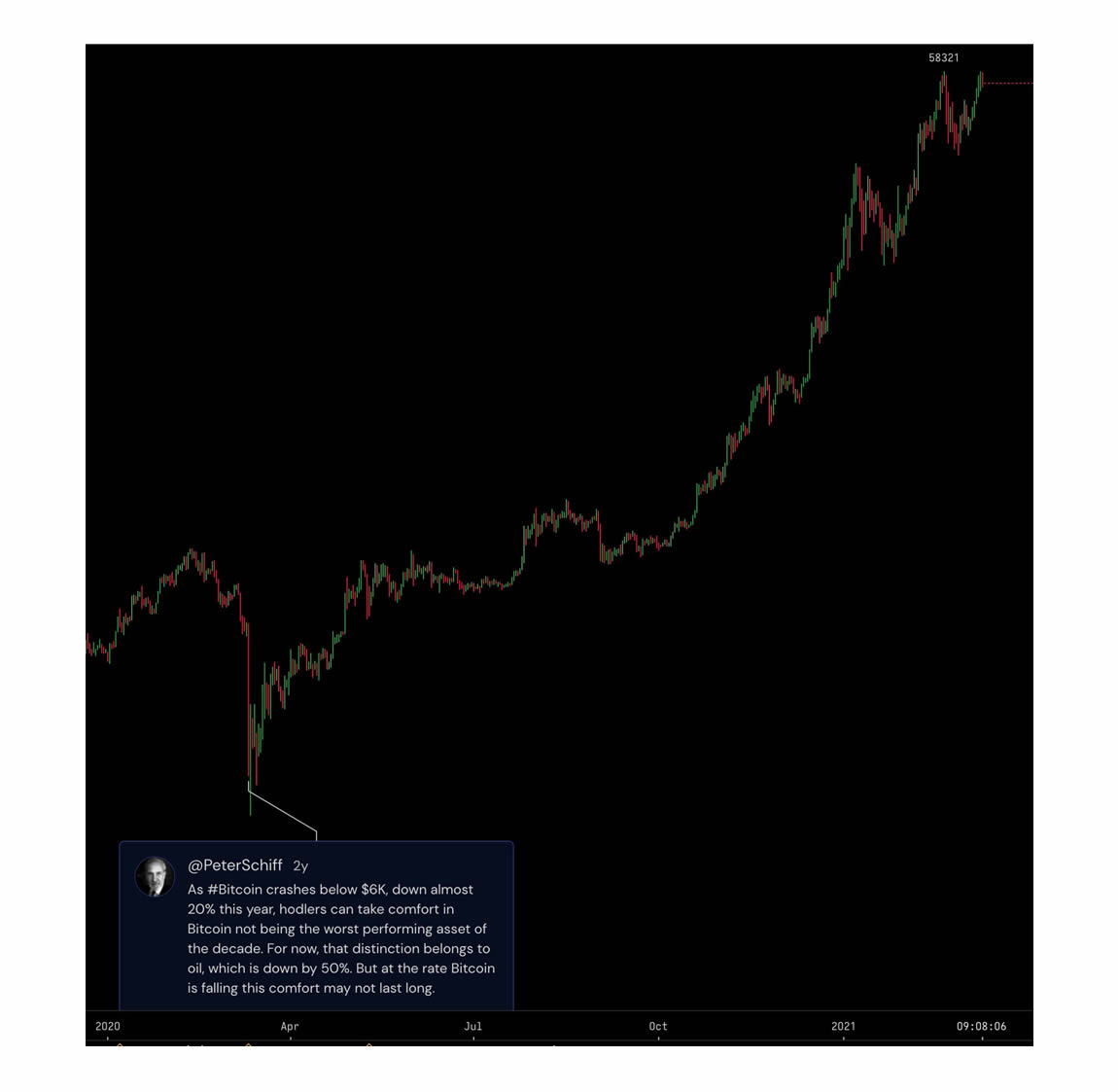 Another thing about following the 200 day moving average is, it tells you where the bear market bottom will be in the future.  It projects that bottom.  Neutral ATM sees the 2022 Bitcoin bottom in the $38K to $60K range.  Therefore, if you bought Bitcoin at or below this level, you should be safe to hold right through the 2022 bear market so as not to lose any Bitcoin.  Remember, how much Bitcoin you own is more important than the price.  We did 6 blogs about why the price of Bitcoin is not important.  The reason to own Bitcoin is the protocol.  The math and energy that makes up the blockchain.  It garauntees us a bull market after the block reward is cut in half every 210,000 blocks!  This is very significant.  Bitcoin’s protocol creates bull markets, not human emotion, not market dynamics.  It is 100% protocol based, unlike any stock or asset.  Bitcoin is its own market, separate from other assets that rise and fall with market dynamics, human emotion.  This makes Bitcoin so much more predictable than other assets.  We are not saying Bitcoin does’t crash unexpectedly, it does.  Yet it always comes back much stronger.  Here is a chart below looking back at the 2017 bull run.  From the point we are at now, back in 2017, Bitcoin increased 6X.  See the red arrows on the chart.  This is not garaunteed, but that would be a Bitcoin price around $350K: 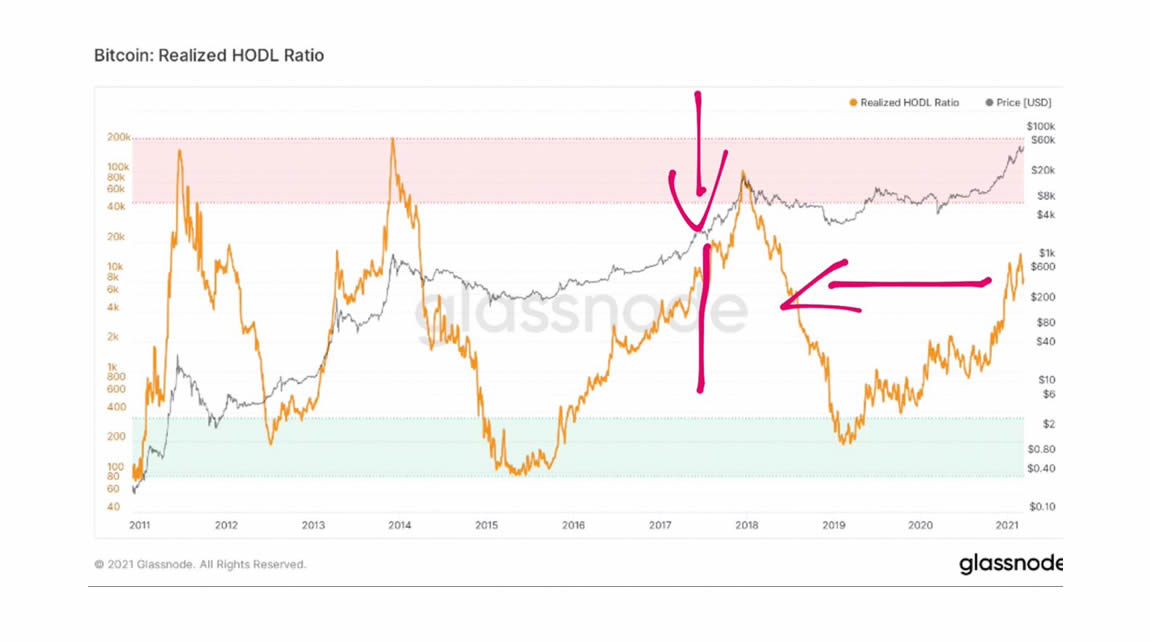 Remember, every asset Bitcoin passes in market cap, brings Bitcoin up to that assets market cap, divided by 21 million.  Because, there will never be more than 21 million Bitcoin ever produced.  Bitcoin has passed the market cap of most tech companies, in a few months only Gold’s market cap will be ahead of Bitcoin.  $7 trillion in total market cap.  As Bitcoin gets closer to Gold, it will keep sucking the value out of Gold.  Further more, as the US dollar continues to lose purchasing power, and as the Fed continues to print and stimulate the economy, Bitcoin will become the ONLY lifeboat to survive this economic meltdown: 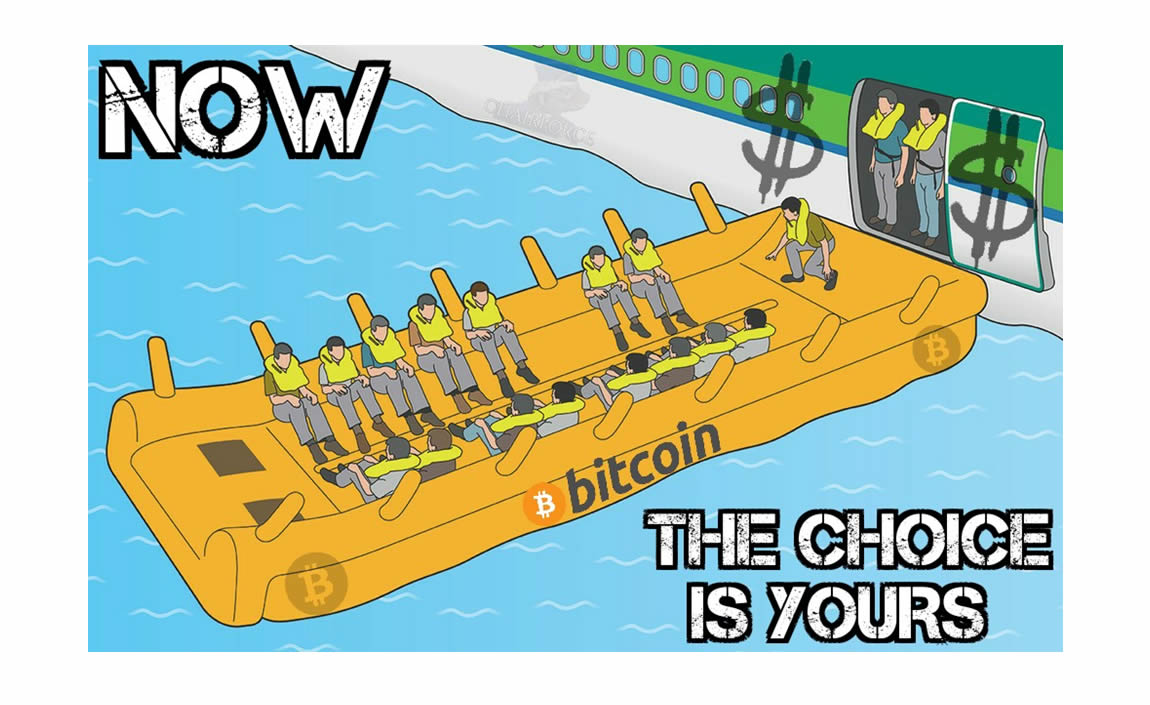 Remember to look into moving your Bitcoin to online networks that allow you to borrow against your Bitcoin.  We use Blockfi.  There is great value in moving Bitcoin where you can borrow against it at 4.5%.  It averages 205% annual return on investment.  It would pay to not sell it, use it as collateral.  If you believe Bitcoin will keep on climbing and passing other assets, like Gold, then vow not to sell.  Collateralize it, but don’t sell it.